The king of the sixth-generation Mustang arrived Monday when the 2020 Ford Mustang Shelby GT500 was unveiled at the 2019 North American International Auto Show in Detroit. While its power output is a talking point, racers took note of its standard hood pins.

Ford said the new snake will have over 700 horsepower from its monster 5.2-liter V-8, which is blown by a 2.65-liter Eaton supercharger that spools 12 psi. While that's not a final horsepower rating, it's specifically, although not numerically, "more than enough."

The latest Mustang to beat the Shelby name will be fast. Really fast. Ford said it'll run the quarter mile in less than 11 seconds, and sprint from 0 to 60 mph in the mid three-second range. 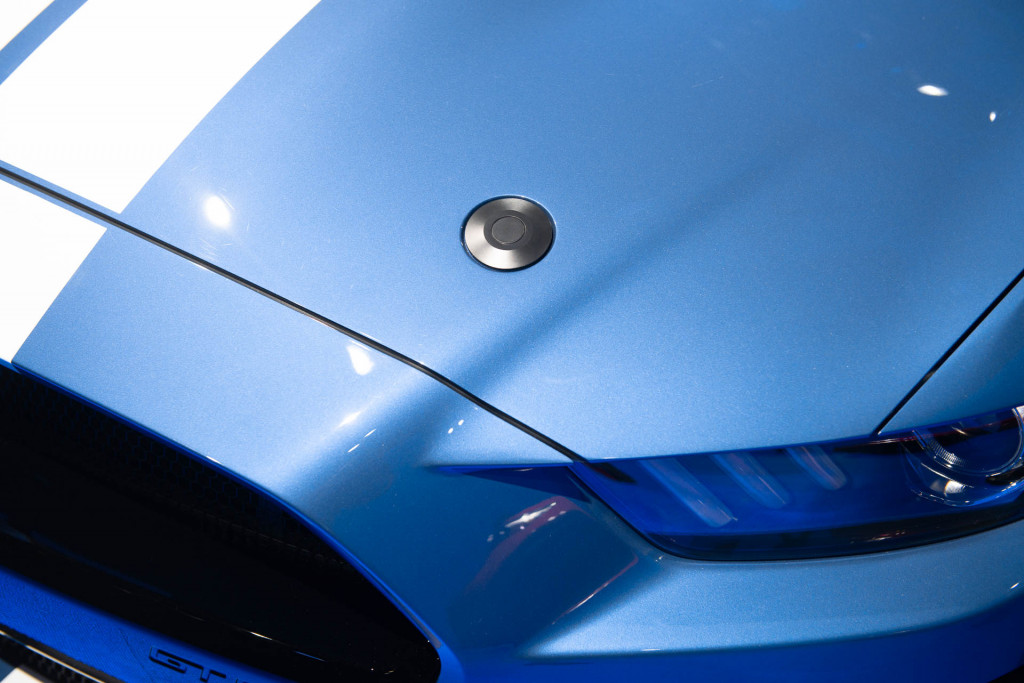 It also has standard hood pins.

Ford Performance boss Carl Widmann told Motor Authority the hood pins are necessary to make sure the hood is stable at speed.

"If you took the hood pins off that car and ran it, it'll lift," Widmann said. 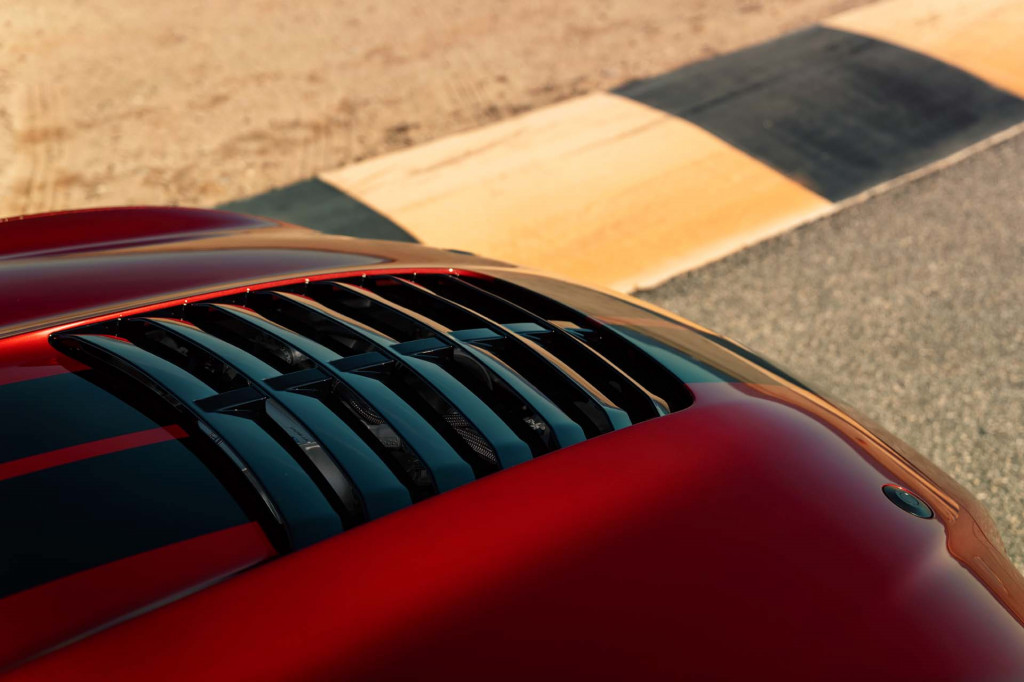 Ford developed a rain tray for the underside of the hood to keep the engine bay clean while driving around town, or to a car show. The large, louvered opening in the center of the hood for heat extraction would otherwise allow dust and dirt into the engine bay, but the tray is easily removable for track days.

While the rain tray has no affect on engine bay cooling—Widmann said the car has no issues sitting in traffic, under the sun, in 90-degree heat—it does affect the new Shelby's aerodynamics at speed.

Ford recommends owners remove the rain tray for track days, however. The rain tray can create lift, which affects both stability and handling, and is easily removable.