Texas tuner John Hennessey created the 1,000 horsepower Exorcist and a 605-hp VelociRaptor 6x6 pickup truck, but there's a line even he won't cross.

It's the Ford GT.

Hennessey owns a 2018 GT, so it's not as if he hasn't popped the engine cover behind the passenger compartment with a tape measure in hand. It's a car that is "near and dear to my heart," he said.

From a visual standpoint and the driving experience Hennessey said the new GT checks all the right boxes, but if it had a V-8 it could be just that much better.

Hennessey has built a living around engine swaps, big motors, and huge power numbers, but he doesn't see a V-8 fitting into the engine bay of the Ford GT without radically altering the car's bodywork, including its unique flying buttresses. Those design cues were realized by Ford's engineers as part of the aerodynamics to go out and win Le Mans, and they paid off. The GT won the 24 Hours of Le Mans its first year back. 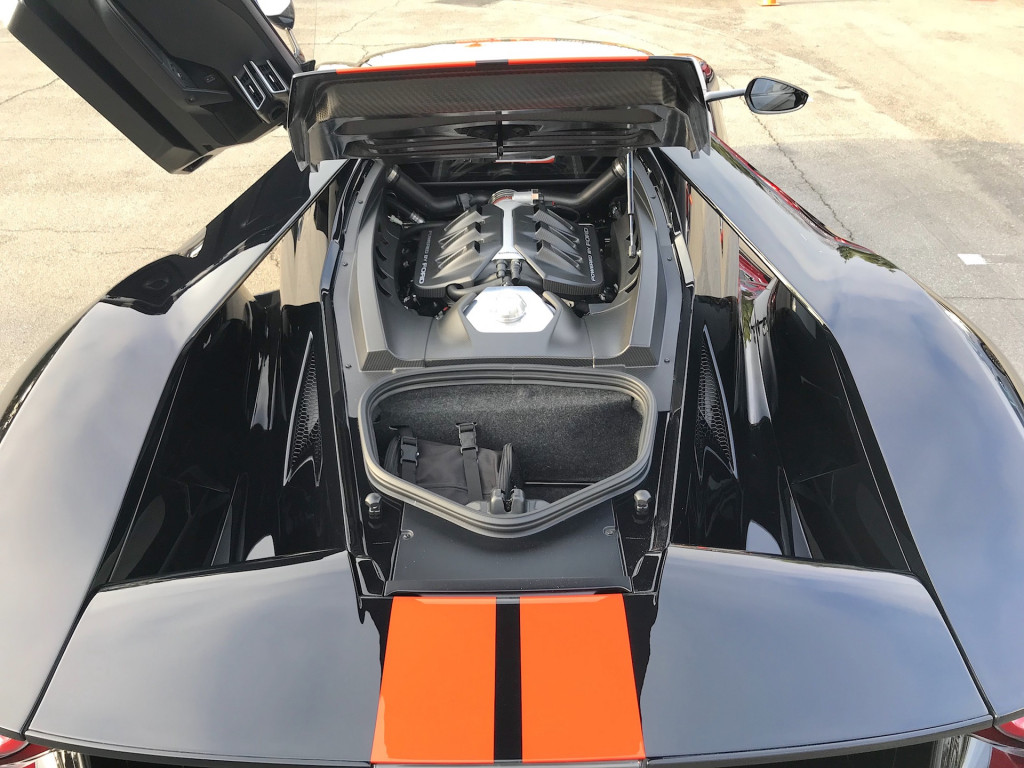 Ford simply didn't leave enough room for Hennessey to squeeze a V-8 such as a blown 5.0-liter or 5.2-liter unit from Ford's parts bin without destroying its distinctive styling, Hennessey said.

Nick Terzes, an engineering supervisor on the Ford GT program, said that's intentional.  Shoehorning a V-8 into the GT is "not even something I've considered," he said.

Unlike a sedan or mainstream crossover SUV, supercars are engineered around specific parameters and not a wide range of engines that may go underhood during the model's lifetime. The timeline to design, build, develop, and test the GT, and the race car variant, was tight. Terzes told Motor Authority that Ford focused on its 3.5-liter twin-turbo V-6 and that Le Mans rules meant that the automaker never explored the possibility of fitting a V-8 engine.

Terzes said that Ford's goal was to have a powertrain with the best chance of winning, meaning that race fuel economy, packaging, performance, and durability were all factors. Ford's marketing team probably wasn't too upset that the V-6 is used in the automaker's other products, either. Race on Sunday, sell on Monday is still a viable justification for motorsports.

Hennessey agrees that the V-6 is part of the GT's identity.

"If a customer came to me with a bag of a million dollars and said, "Would you put a V-8 in the back of my Ford GT?' I won’t do it," he laughed.