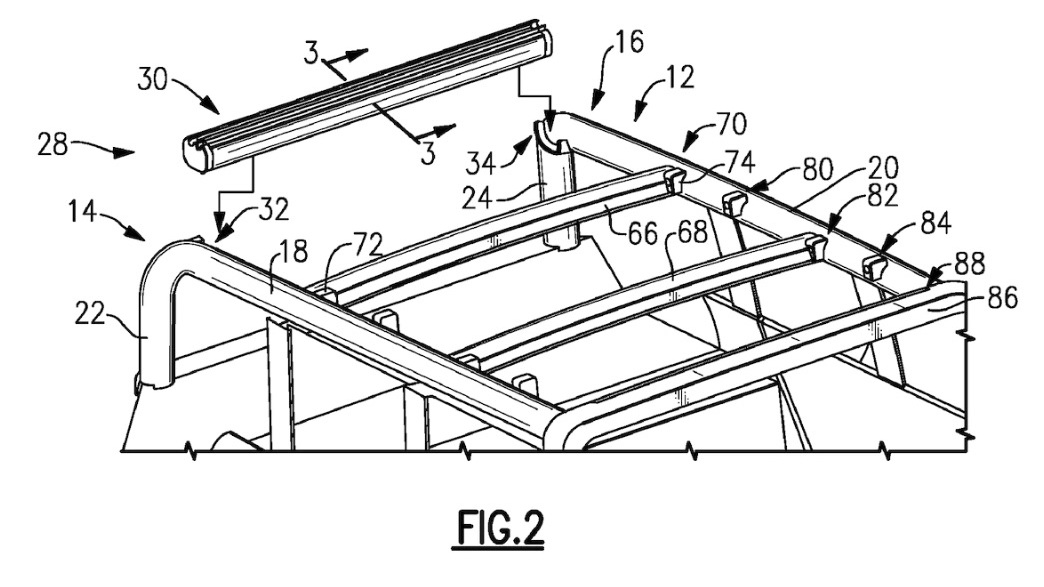 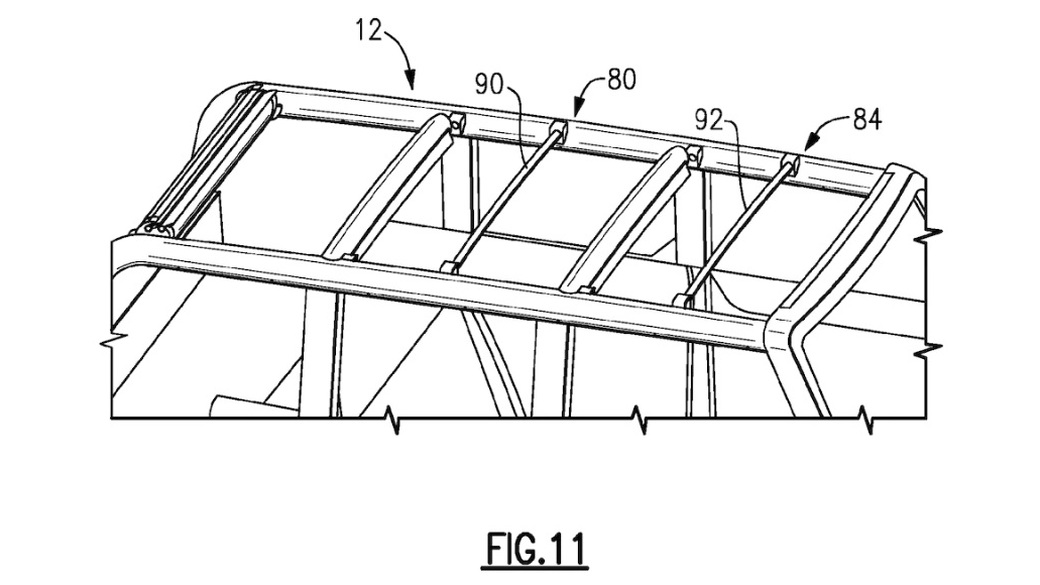 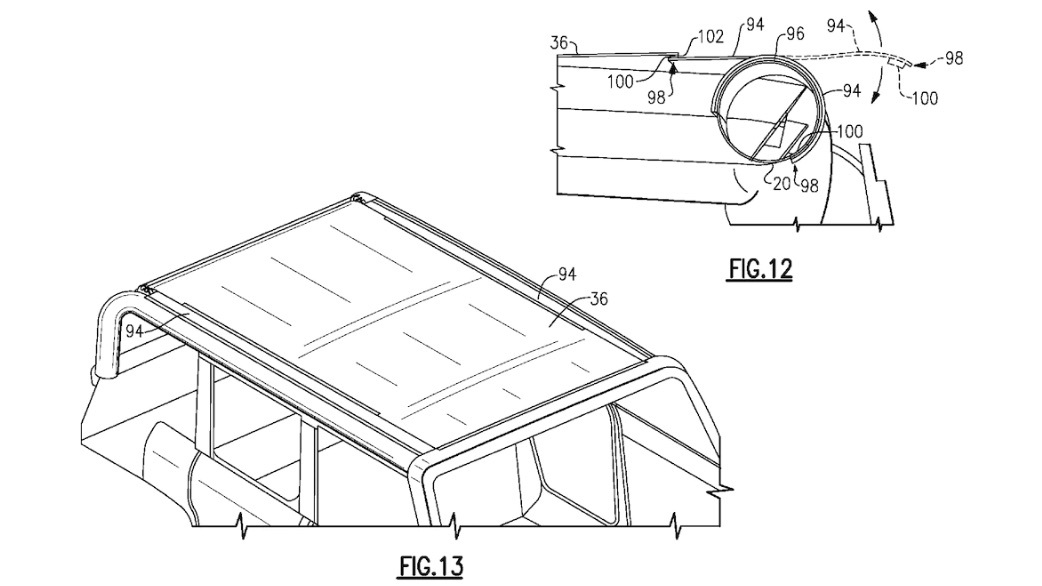 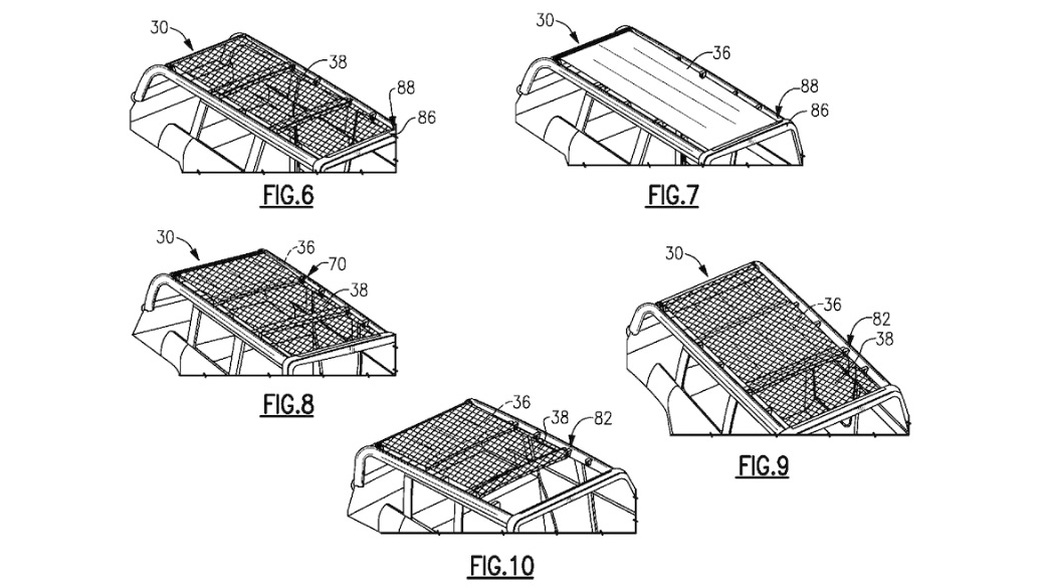 Patent filings are giving us an idea of how the the 2021 Ford Bronco could be taking shape. Last week we reported on a patent for nifty removable doors with built-in crash beams, and now we learn about a patent for a retractable cloth roof with a few neat tricks.

The patent depicts the option of a removable cloth cover that can be added after the driver removes the hard-top roof. A removable hard top has been rumored as one of the Bronco's many features. Motor Trend discovered and first reported on the patent last Friday,

The latest patent also describes a few options once the hard-top roof is off and the cloth portion is functional. Ford's patent describes two layers: one made of cloth and the other a mesh fabric. The mesh would provide some protection from the wind and sun while letting in the air, while the cloth would block out more but still provide the sense of an open cabin. The MT report noted that Ford's system appears similar to the kind used for retractable cargo covers in hatchbacks and crossovers; it can be easily unclipped and removed.

The cloth top also appears to have a really neat party trick: it can be reversed and used as a tent-like structure behind the vehicle. The figure above shows the cloth roof pulled back the opposite way and grounded with stakes. This would provide a convenient cover at a camping site or tailgate party.

Patents are not a guarantee that a system or component will show up in a production vehicle. However, this patent and the door patent from last week are appropriately timed with the forthcoming debut of the 2021 Bronco. Ford has previously confirmed with Motor Authority that the SUV will debut next year.