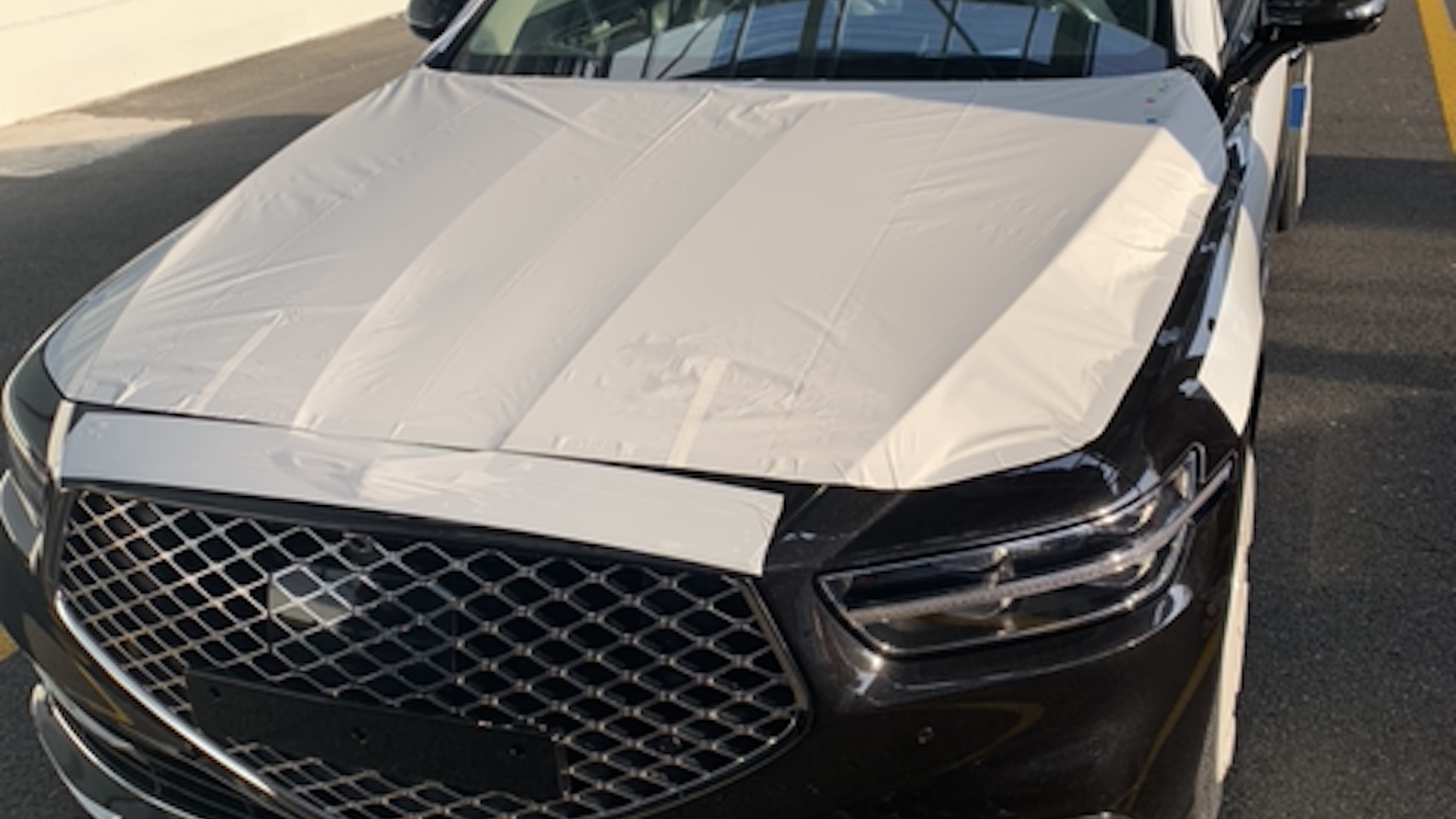 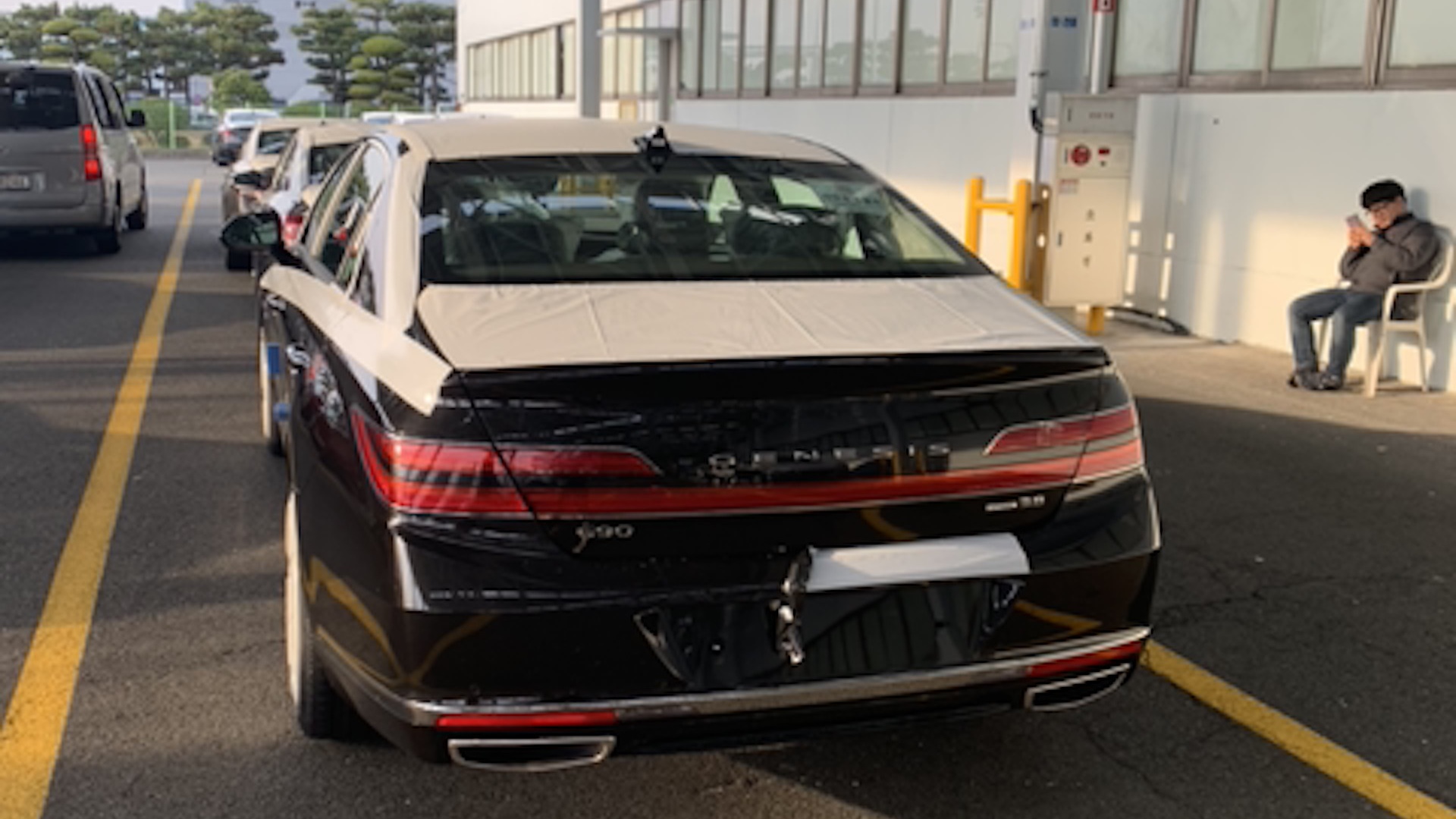 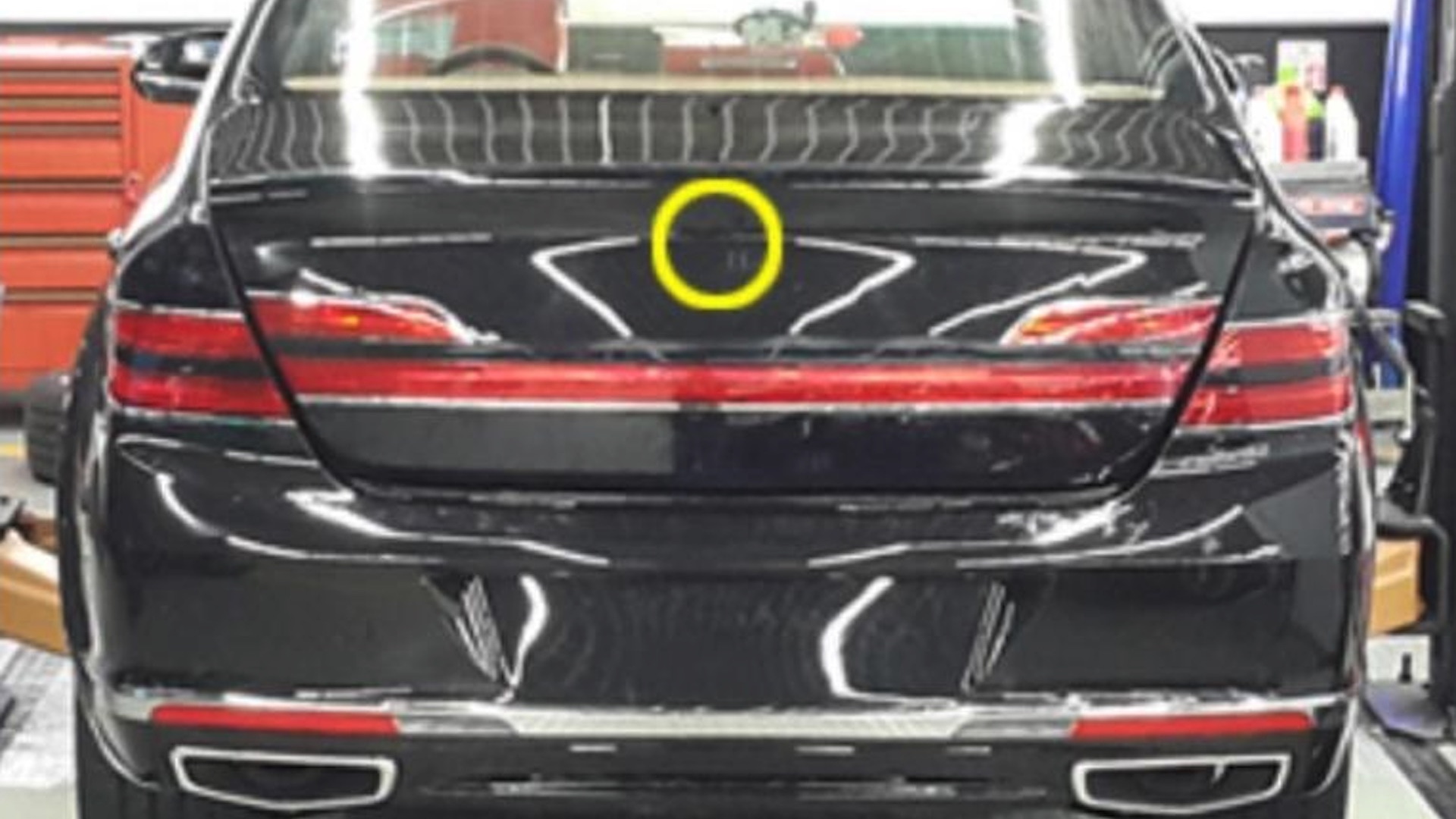 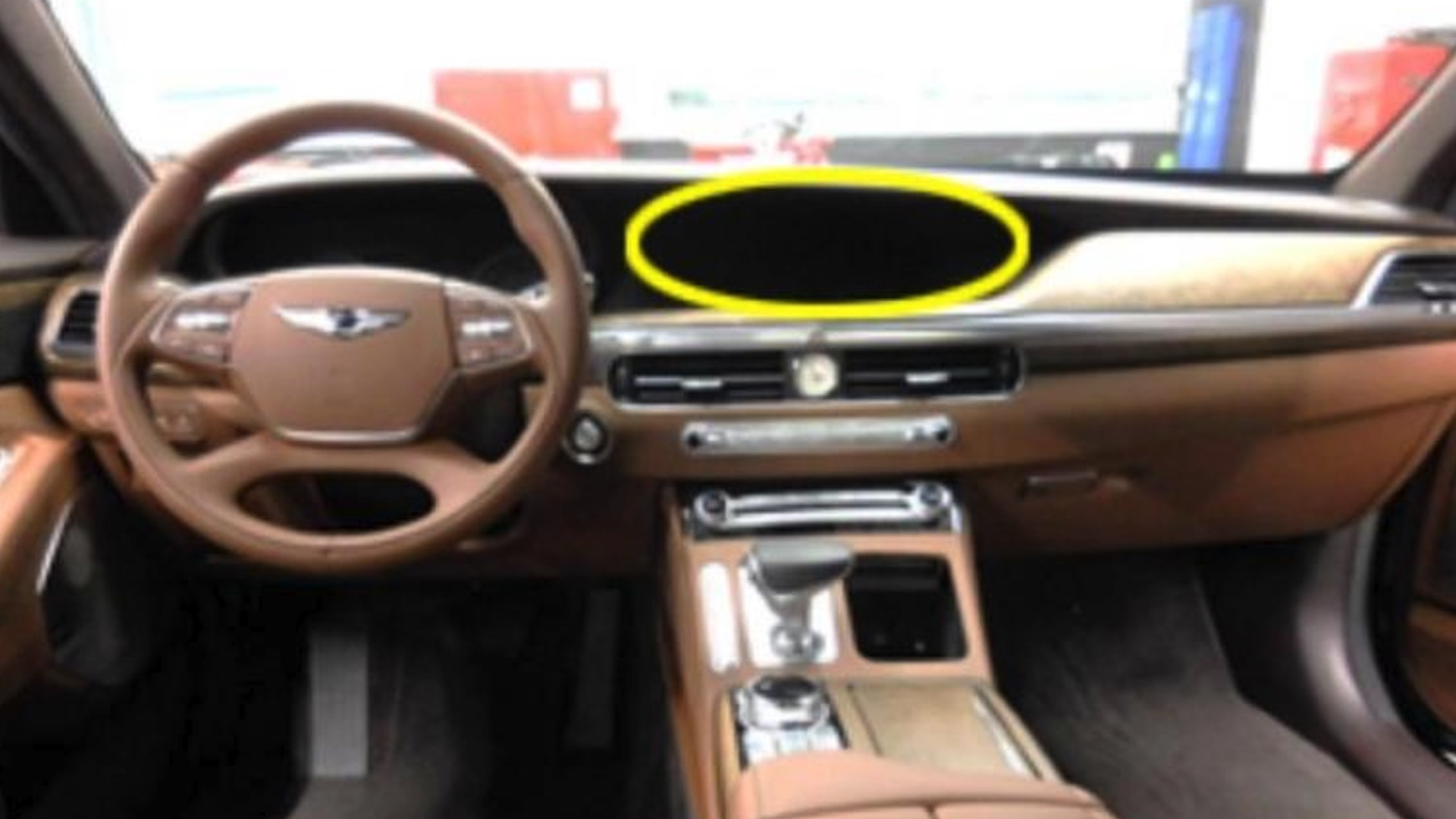 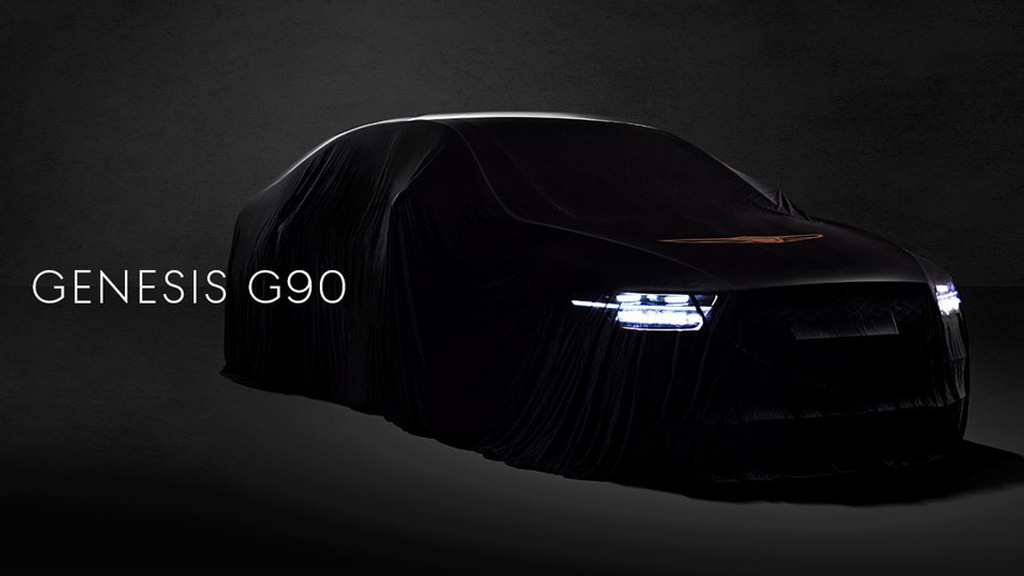 Ahead of the 2020 Genesis G90's debut at the 2018 Los Angeles auto show, leaked photos have at least partially spoiled the reveal of the flagship sedan's major design overhaul.

Published to a Korean forum on Wednesday, a handful of pictures show the 2020 G90 inside and out. The front fascia is fairly evolutionary in nature, and the headlights certainly recall recent Volvos in our eyes. But Genesis will point to the Essentia coupe concept unveiled at the 2018 New York auto show as the car's formal inspiration. Key design traits the G90 pulls from the concept are a triangular-shaped grille and flatter dual-bar headlights. The photo of the front clip is taken from an awkward angle, but both design elements are on full display.

The rear is a different story, where the fascia is very different than anything Genesis has produced thus far. Instead of two vertical taillights, the 2020 G90 sports a light treatment that spans the width of the trunk and actually wrap into the rear quarter panels. We also see no Genesis winged badge on the rear. Instead, "Genesis" is spelled out across the trunk. Large trapezoidal exhaust elements are also a new addition to the large sedan's design.

It's tough to make out details of the G90's interior, but the gauge cluster appears to flow into the infotainment screen. The 2020 G90 could house the brand's new digital instrument cluster with 3D graphics, but again, the photos don't confirm anything. Other minor tweaks appear to include a sleeker center stack with more linear button placement and a revised gear selector.

As for power, we expect the same two powertrains will soldier on with the updated car. Look for a 3.3-liter twin-turbocharged V-6 that delivers 365 horsepower and 376 pound-feet of torque and a 5.0-liter V-8 that makes 420 hp and 383 lb-ft of torque.

The current model starts at $69,245 and it remains to be seen if Genesis will hike the price with the updated car. We'll know more when the 2020 G90 debuts next week.