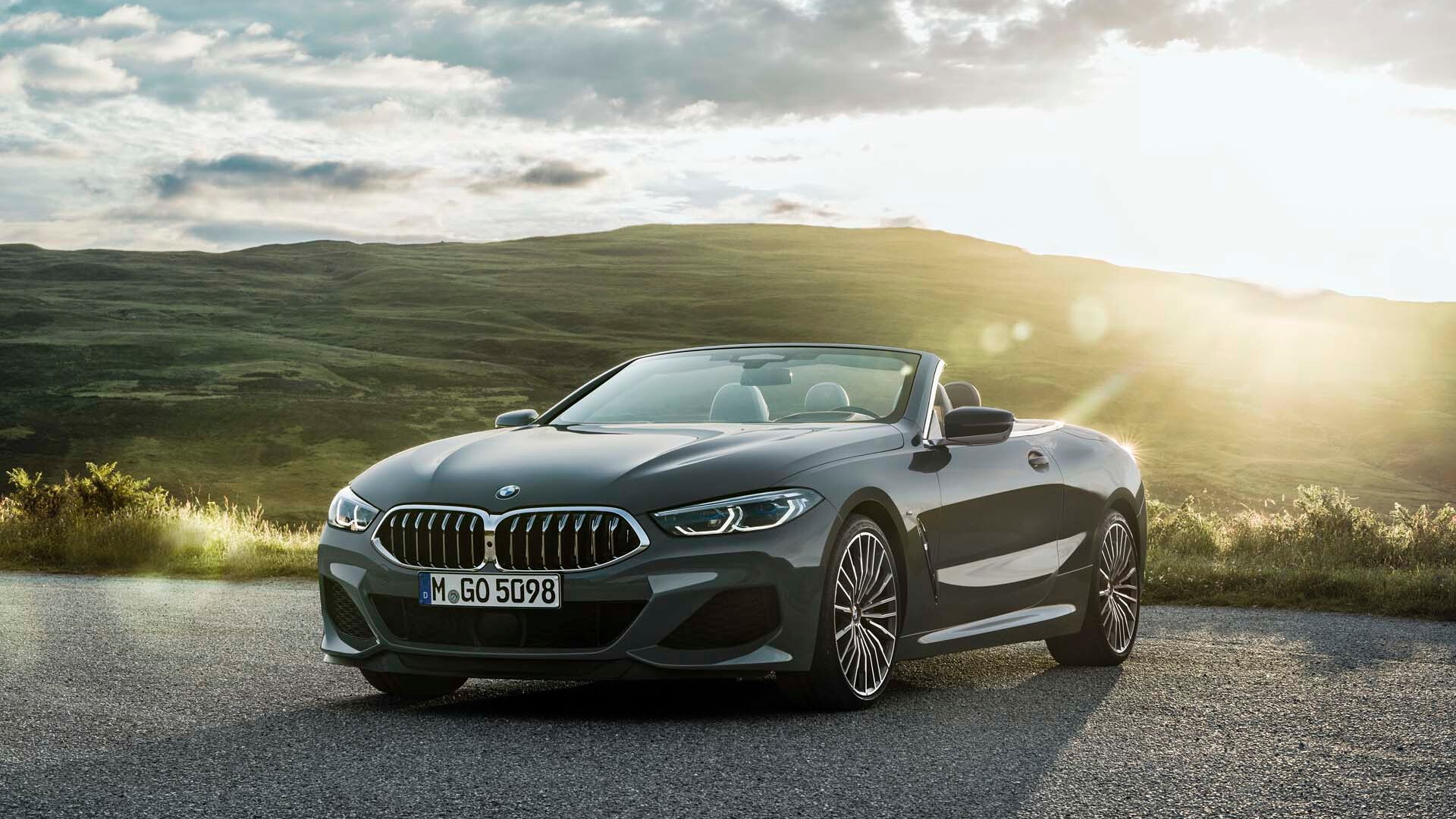 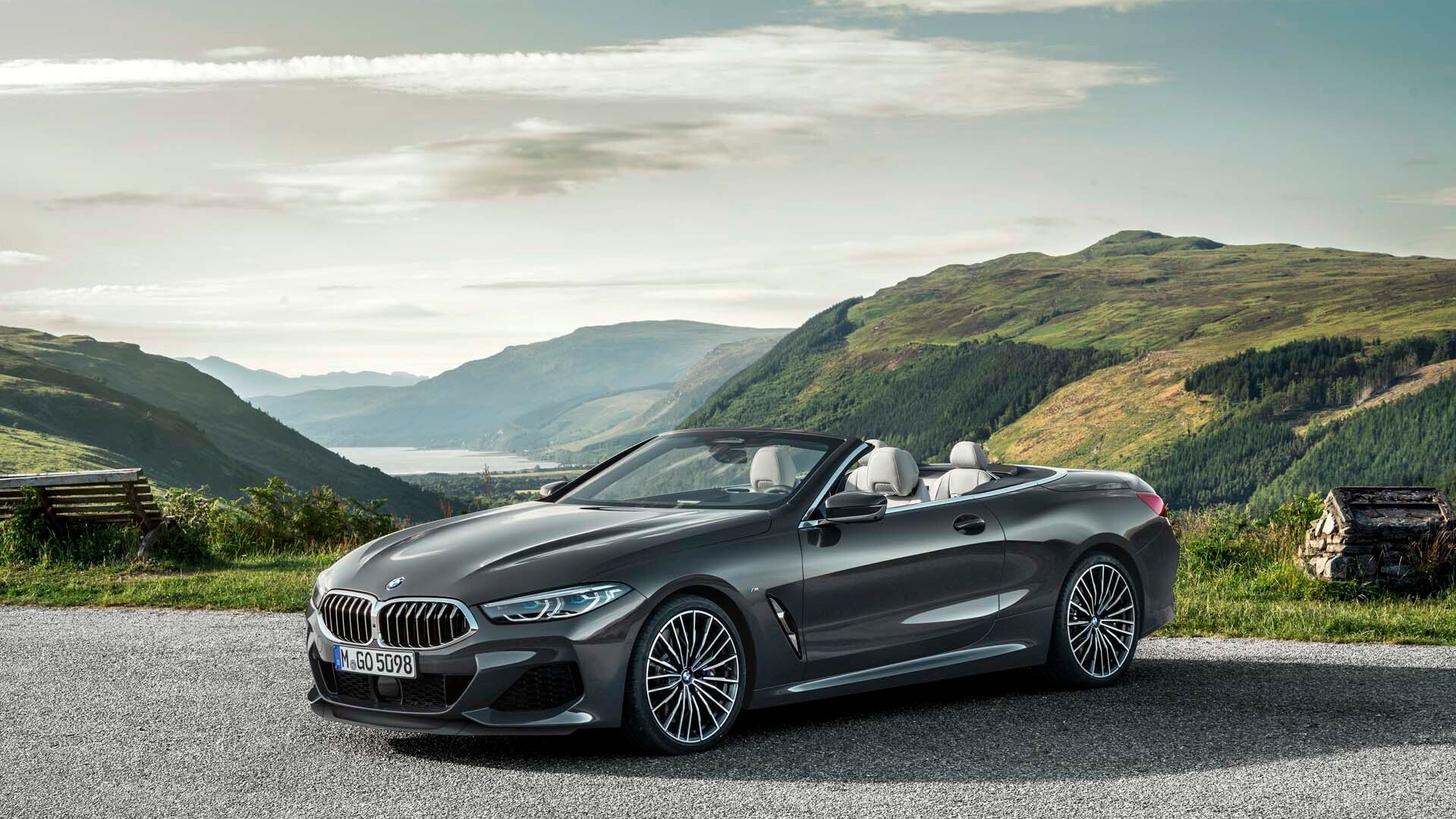 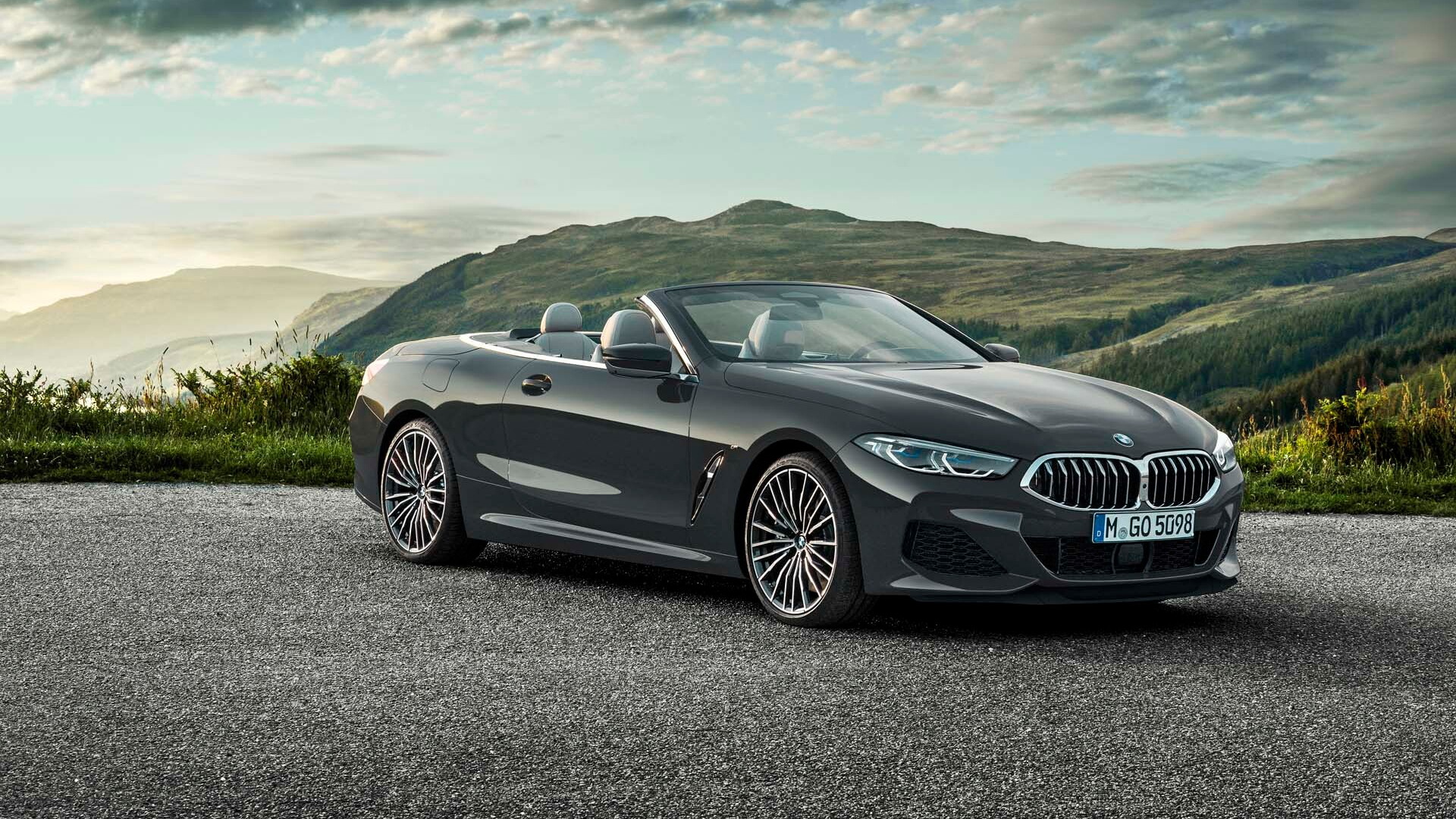 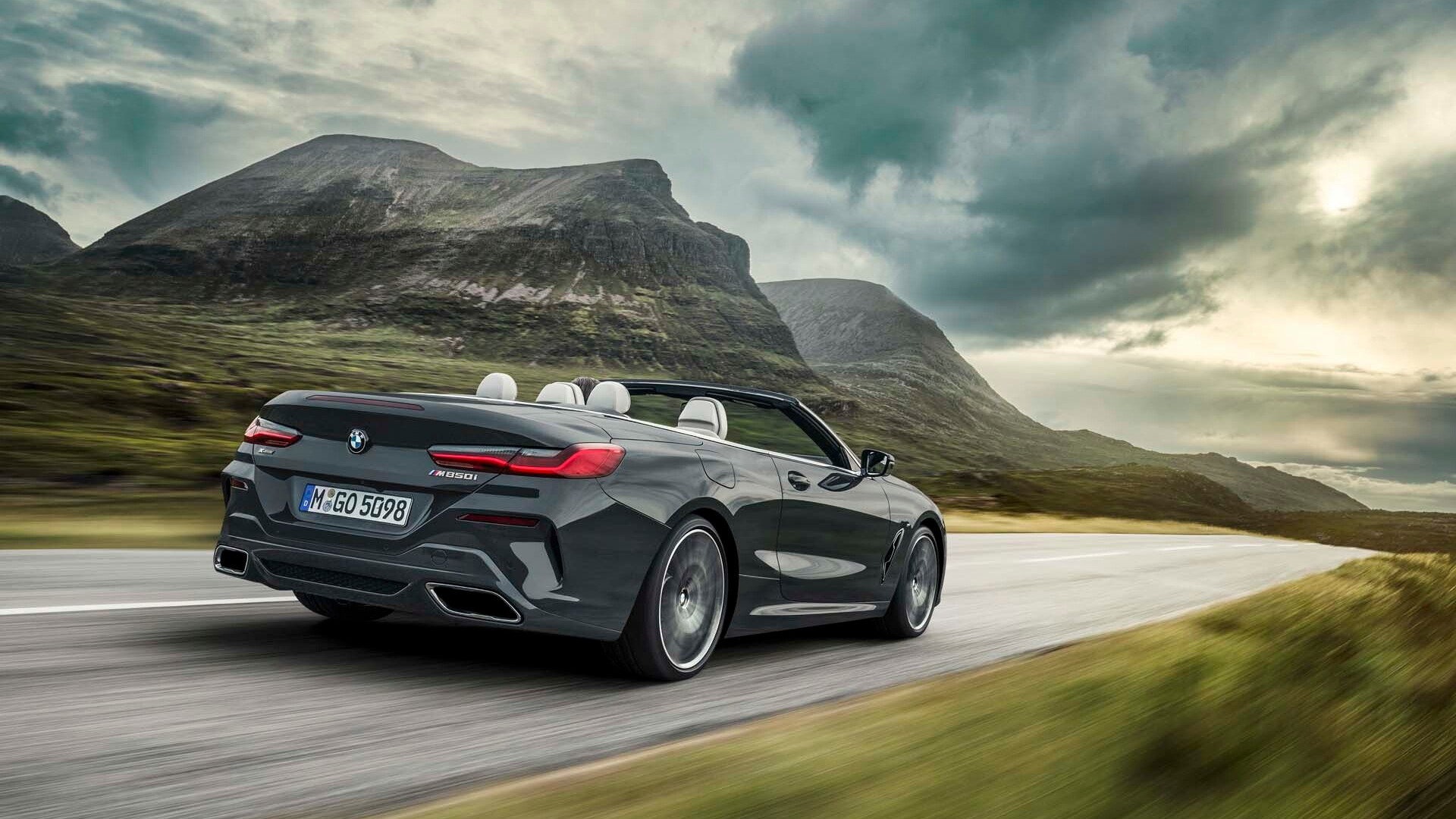 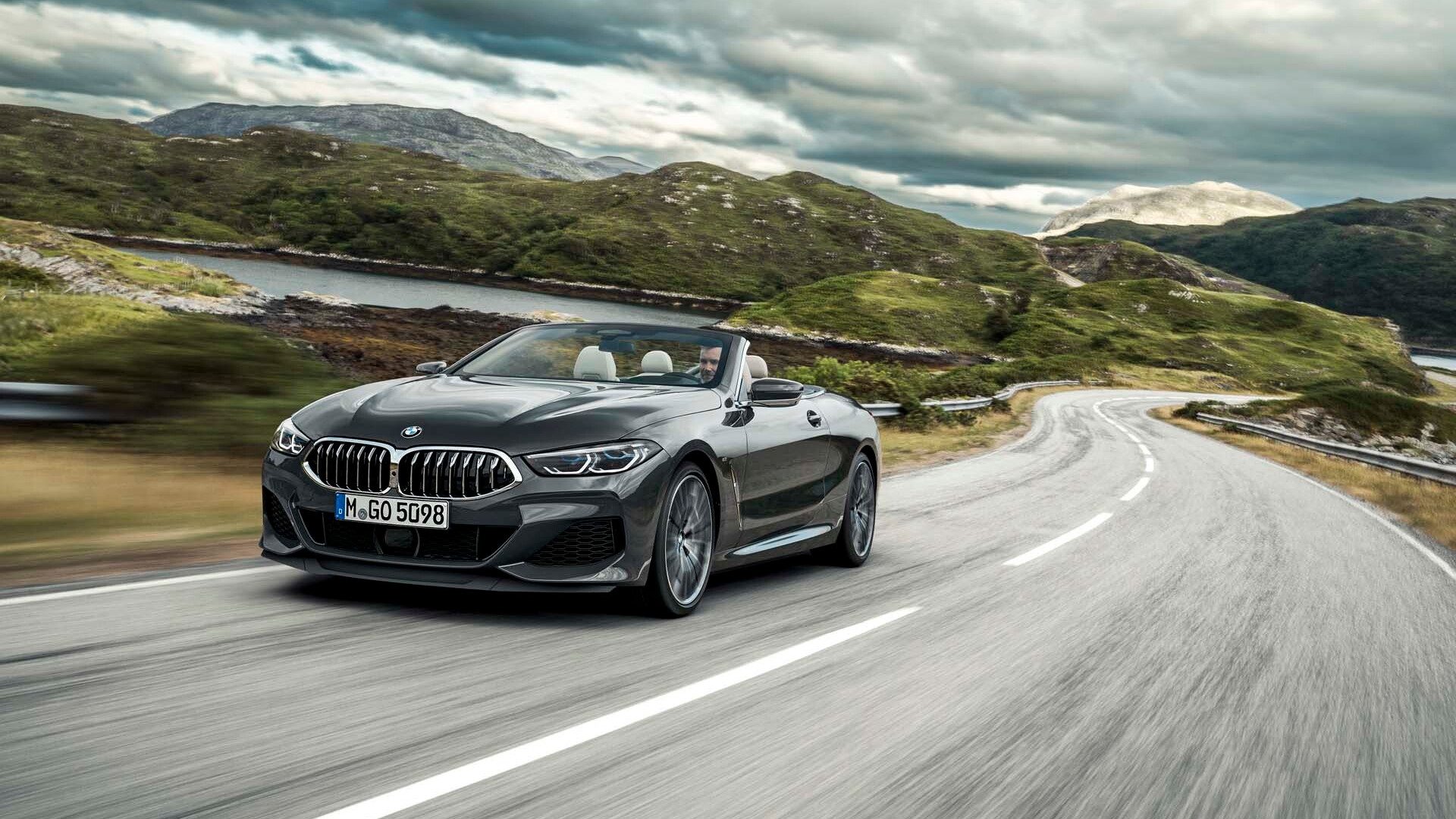 BMW on Thursday unveiled the convertible version of its revived 8-Series. The car makes its formal debut this month at the 2018 Los Angeles auto show and will be in showrooms next March, arriving as a 2019 model.

Just one variant will be available at launch, an M850i xDrive Convertible. Its starting price is set at $122,395, representing a $9,500 premium on the M850i xDrive coupe hitting showrooms in December.

Both are powered by a 4.4-liter twin-turbocharged V-8 tuned to deliver 523 horsepower and 553 pound-feet of torque, and the sole transmission is an 8-speed automatic. All-wheel drive is standard on both, but we hear a rear-wheel-drive 8-Series is in the works. An M8 from BMW M is also in the pipeline.

BMW said the M850i xDrive Convertible will sprint to 60 mph in 3.8 seconds, or about 0.2 seconds slower than the coupe, and both models are said to be capabke of reaching a governed top speed of 155 mph. Those numbers are particularly impressive for the convertible as the car weighs an SUV-like 4,736 pounds.

The 8-Series Convertible's automatic soft-top roof features multiple layers to keep the noise and weather out of the 2+2 cabin. It can be raised or lowered in about 15 seconds, even at speeds up to 30 mph.

A wind deflector can be positioned behind the front seats to reduce turbulence when the top is down, but this needs to be folded and stored in the trunk when not in use. Optional neck warmers, which feature air outlets in the seats, are available for those cooler nights. Crucially, the 8-Series Convertible features automatic rollover bars that eject from behind the rear seats in case the car detects a rollover.

The interior is a lot more upmarket than we're used to seeing in BMW models, which is natural since this is the automaker's flagship. Digital screens serve as the instrument cluster and infotainment hub and on the center console sit the gear lever and a rotary-dial controller. The seats are lined in premium Merino leather and contrast stitching can be ordered to add an individual touch. Practicality isn't something normally found in a convertible but here the rear seats have a 50:50 split design, which is handy if you need to carry extra gear.

As mentioned above, BMW M is working on a new M8, in both coupe and convertible body styles. There's also a four-door 8-Series Gran Coupe on the way, and it too will come in M8 guise.

The L.A. auto show starts November 26. BMW will also use the show for the debut of its new X7 full-size SUV and Vision iNext electric SUV concept. For our complete coverage on the show, head to our dedicated hub.