The 2020 Ford Mustang Shelby GT500 is expected to make its debut in January at the 2019 Detroit auto show, but it appears the new snake just couldn't wait that long to slither out from under its covers.

First reported on Thursday by Jalopnik, the new Shelby GT500 was shown to a group of people—likely dealers—on the same day as we were with Ford talking about expanded GT production.

Likely shown to dealers, photos of the 2020 Shelby GT500 quickly were posted to Instagram by user @sinsister_lifestyle.

Shown in the same Ford Performance Blue color as the the new GT, F-150 Raptor, Focus RS, and Mustang Shelby GT350 debuted in, the new GT500 has a gaping front end to suck in air, a large wing that might be carbon fiber, and what appear to be carbon fiber wheels (likely an option, but unlikely to be standard). 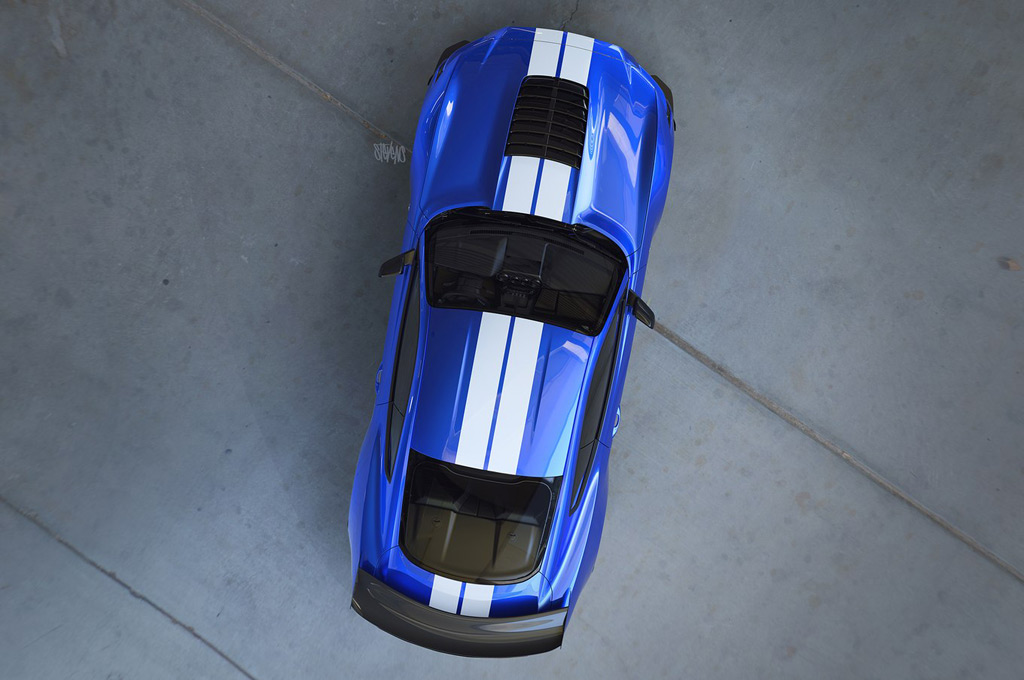 The new GT500 will likely be powered by a supercharged 5.2-liter V-8 engine producing over 700 horsepower. The seven-speed dual-clutch transmission from the GT supercar is expected to send power to the rear wheels. We are hoping a manual transmission will be in the cards, but it's unclear if Ford has a three-pedal setup that can handle the power.

Motor Authority reached out to Ford for comment and will update this post if we hear back.

Stay tuned for more as we near the 2020 Ford Mustang Shelby GT500's debut.