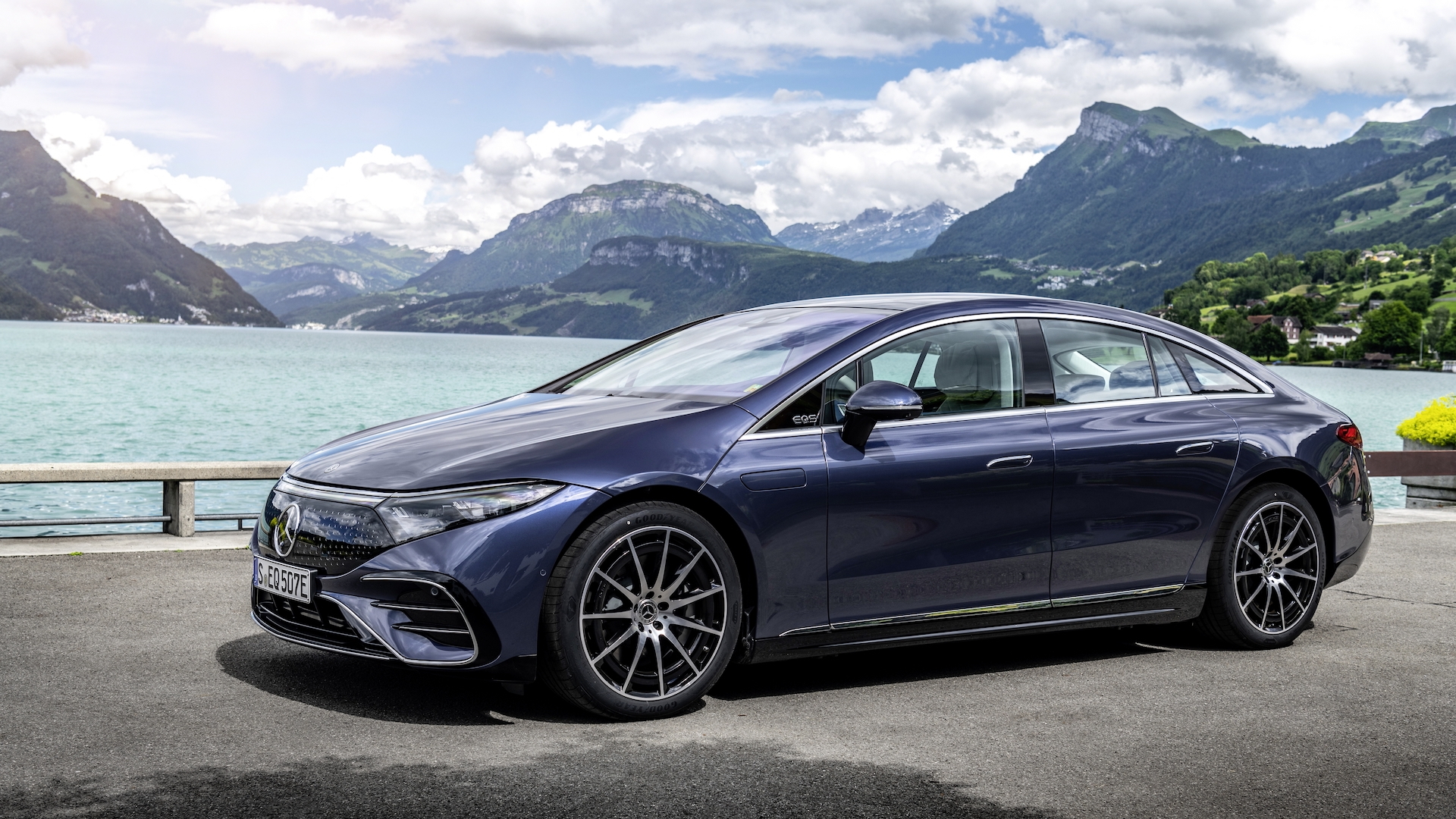 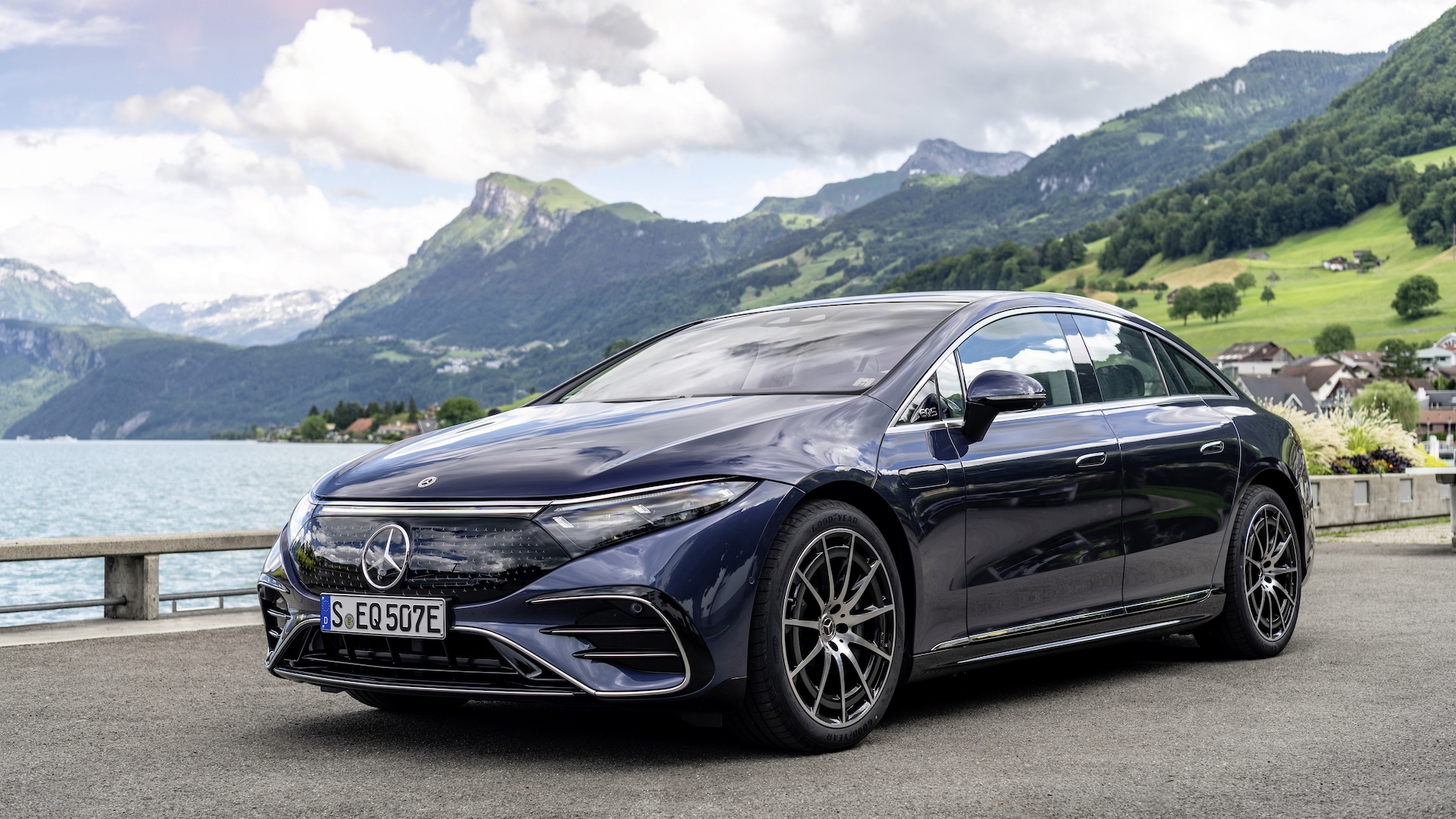 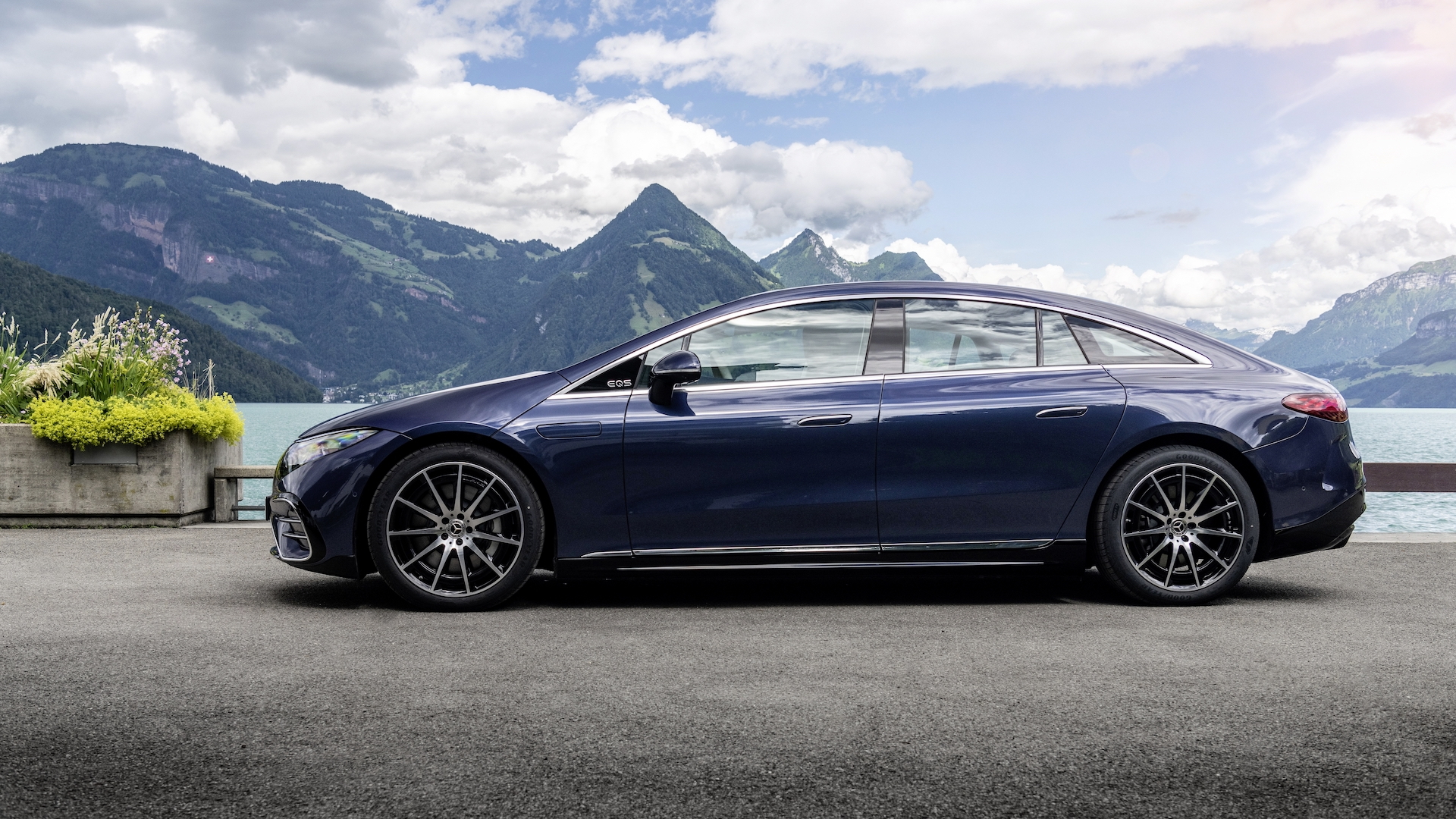 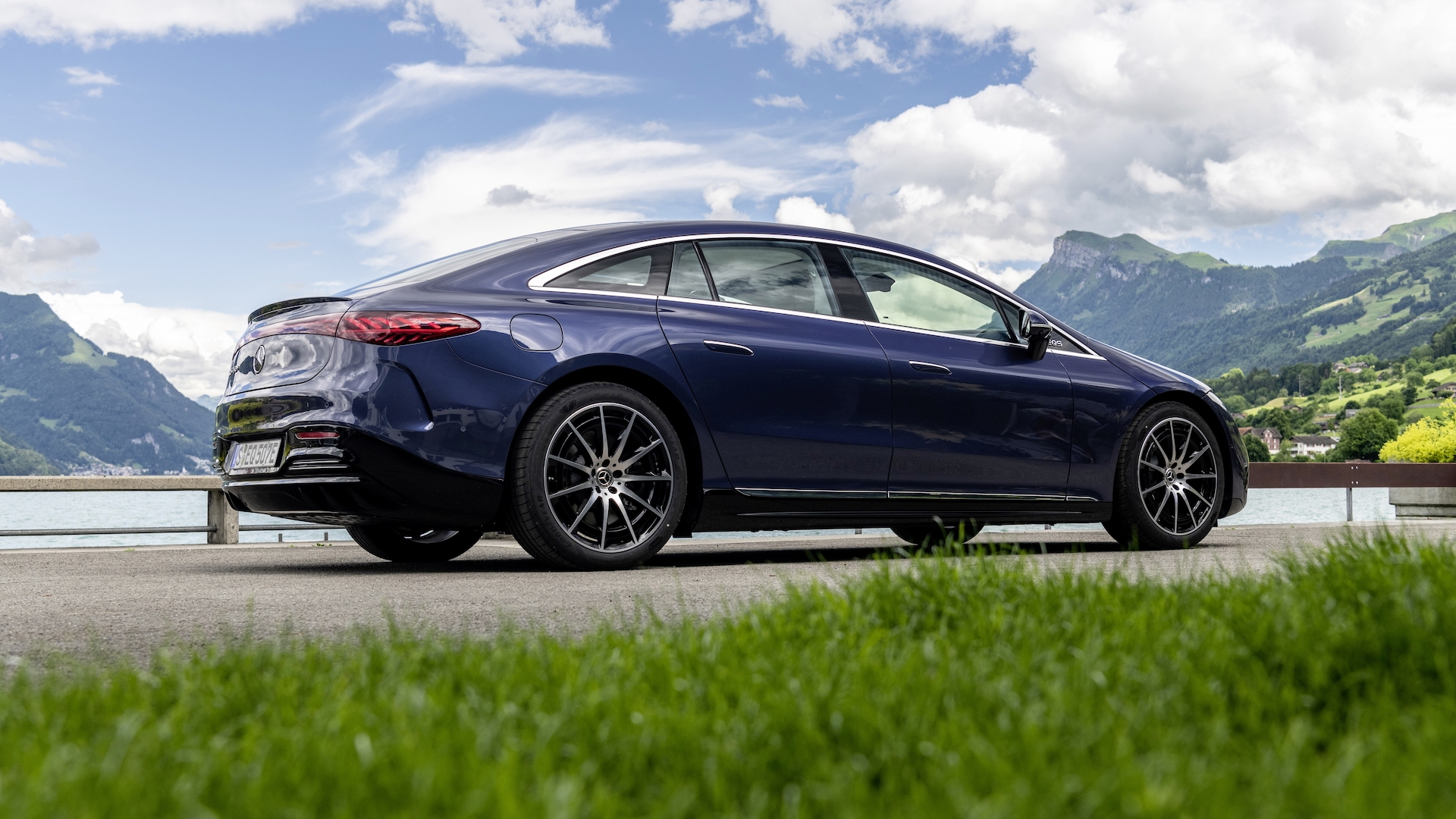 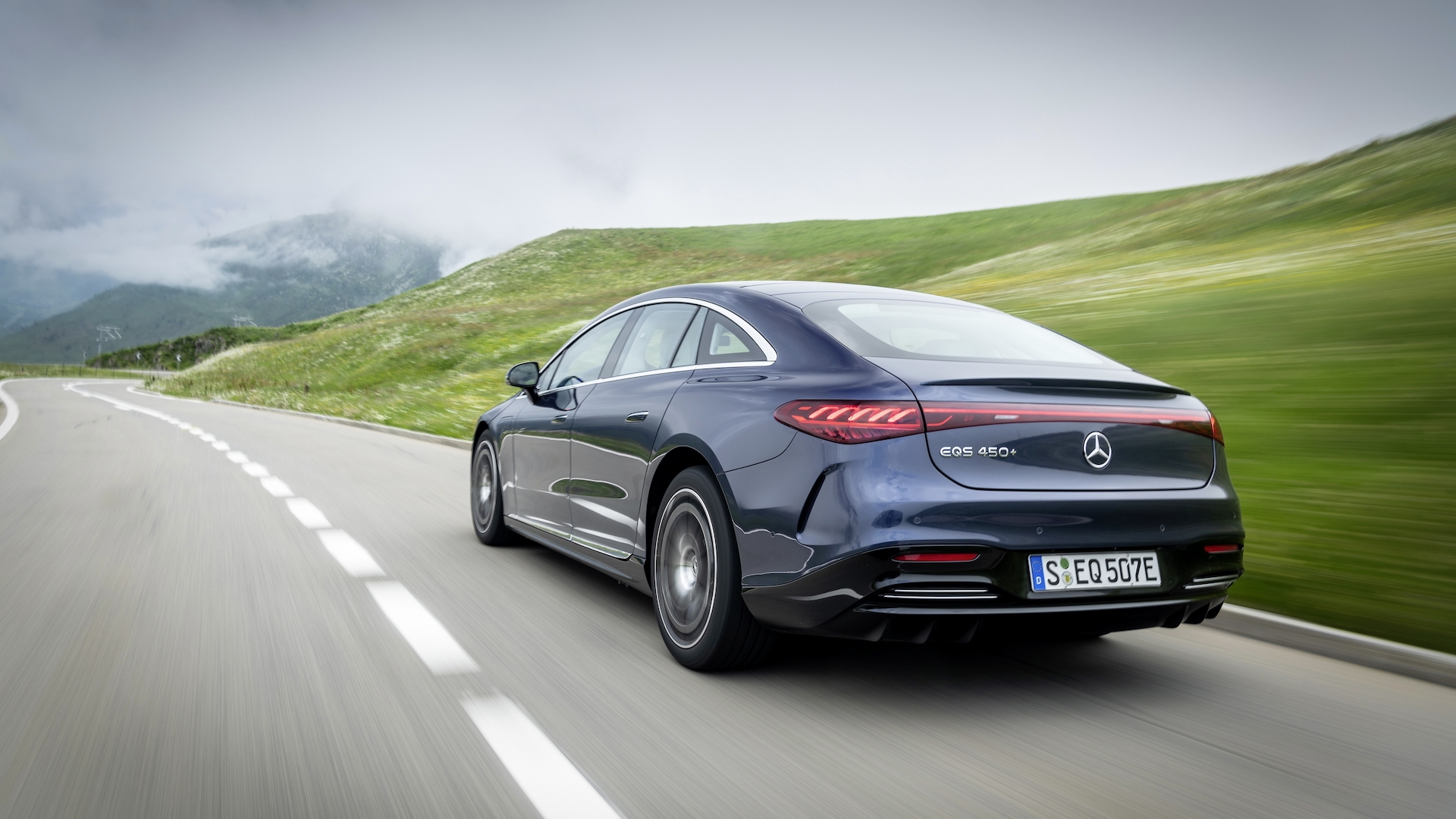 Although Mercedes-Benz was relatively early to the electric-vehicle game with its B-Class and SLS AMG Electric Drive models launched a decade ago, as well as an investment in Tesla before it went public, the German auto giant has had a rocky start when it comes to volume EVs.

There was the EQC originally due here in 2020, though the small crossover is now off the table indefinitely. Fortunately things are about to change for the better. Mercedes in April revealed its first dedicated EV, the 2022 EQS, and it goes on sale this fall priced from $103,360, including a $1,050 destination charge.

The price, which is a few thousand off the starting price of the S-Class flagship sedan, nets you a base EQS 450+ grade which comes with the same 108-kilowatt-hour battery of higher grades but only a 329-hp motor at the rear axle, and a traditional dash. Other standard features include leather trim, 20-inch wheels, all-wheel steering, surround-view camera monitoring, and a Burmester sound system.

The next grade available is the EQS 580 which comes with a dual-motor all-wheel-drive system rated at 516 hp. This grade comes standard with 21-inch wheels and the cool Hyperscreen dash-wide infotainment display, and will set you back $120,160, including the same destination charge.

A 2022 Mercedes-Benz AMG EQS 53 delivering a peak 751 hp will be available from next spring, though pricing for this grade is yet to be announced.

No EPA-rated range figures for any of the grades have been announced but Mercedes said to expect a figure of around 400 miles. Tesla's Model S tops out at 405 miles but the new range king, the 2022 Lucid Air, tops out at 520 miles and delivers 933 hp. Of course, you'll need to pay $169,000 to achieve this as it's only possible with the range-topping Lucid Air Dream Edition Range. Lucid plans to sell an Air Touring model which will start at $95,000, or close to what the EQS starts at, and it promises to deliver 620 hp and a range of over 400 miles.

Of course, the quality of the Air remains to be seen. As we've seen with Tesla, performance can be among the best in the business but quality can be at the other end of the spectrum, even in models costing six figures. Quality is one area Mercedes should have covered given its long history with manufacturing cars.

The EQS is built at a modern plant in Sindelfingen, Germany, close to where Mercedes' headquarters are located. Known as Factory 56, the flexible plant came online last year with the start of production of the 2021 S-Class. Production of the EQS's battery is handled at Mercedes' plant in nearby Hedelfingen, initially using cells supplied by CATL.

The start of sales of the EQS is significant as it marks a major turning point for Mercedes. While all previous EVs from the automaker are based on platforms originally developed for internal-combustion engines, the EQS rides on a dedicated EV platform, referred to internally as EVA.

Beyond the EQS, U.S. buyers can look forward to the GLB-Class-based EQB in 2022. There's also the smaller EQE sedan sharing the same platform as the EQS coming, and crossover versions of both the EQE and EQS. The crossovers will be built at Mercedes' plant in Tuscaloosa, Alabama, starting in 2022.