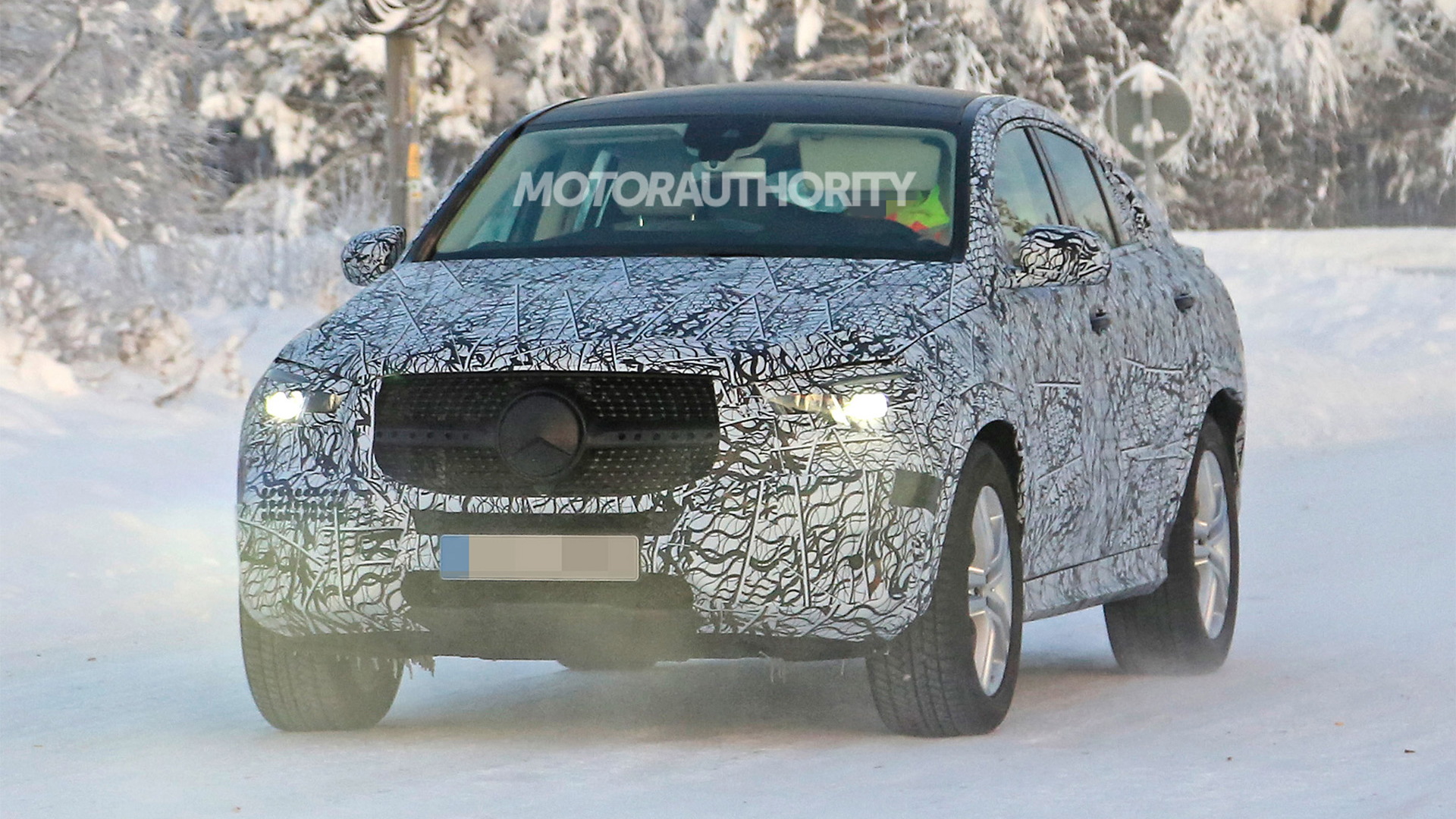 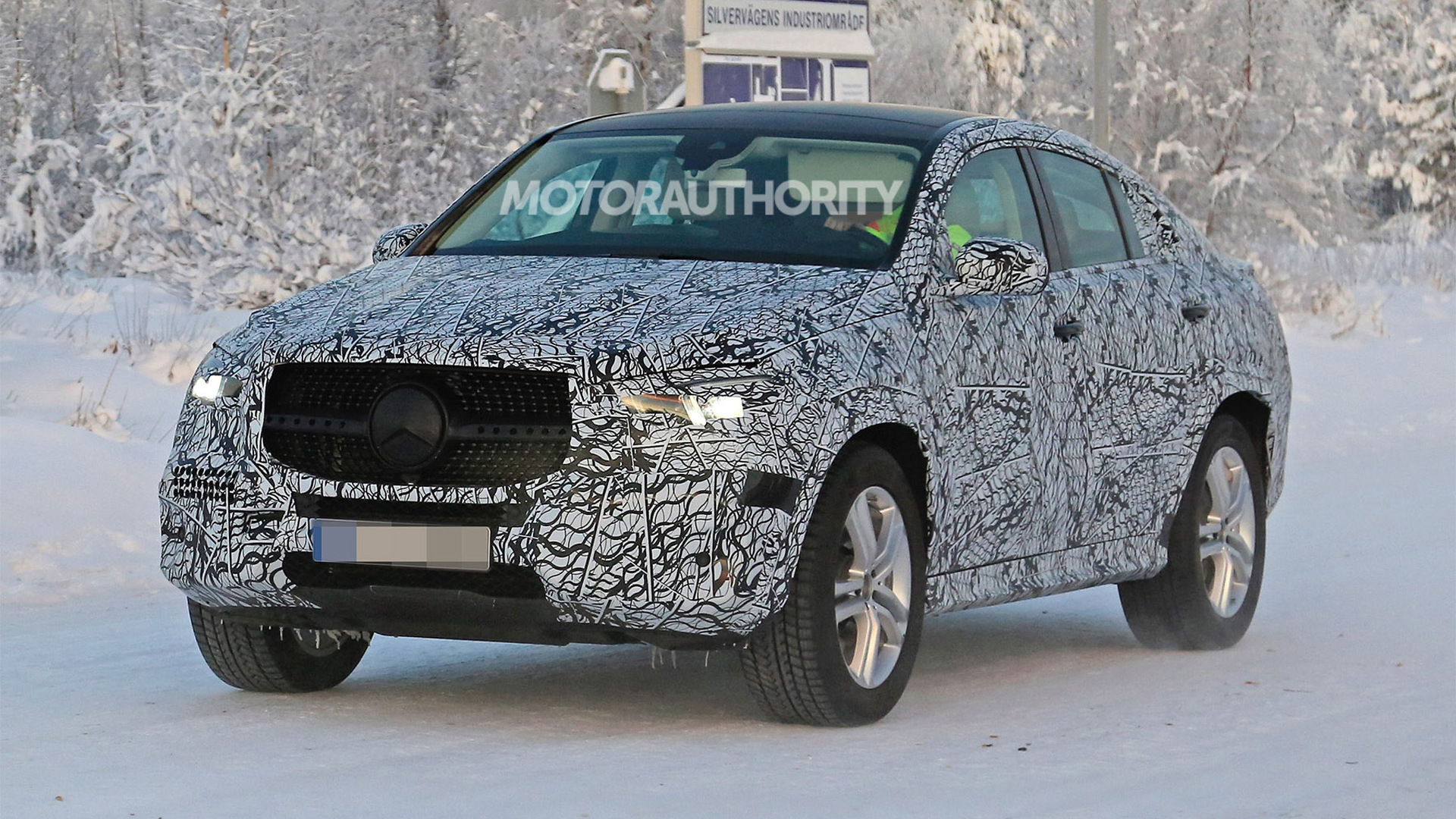 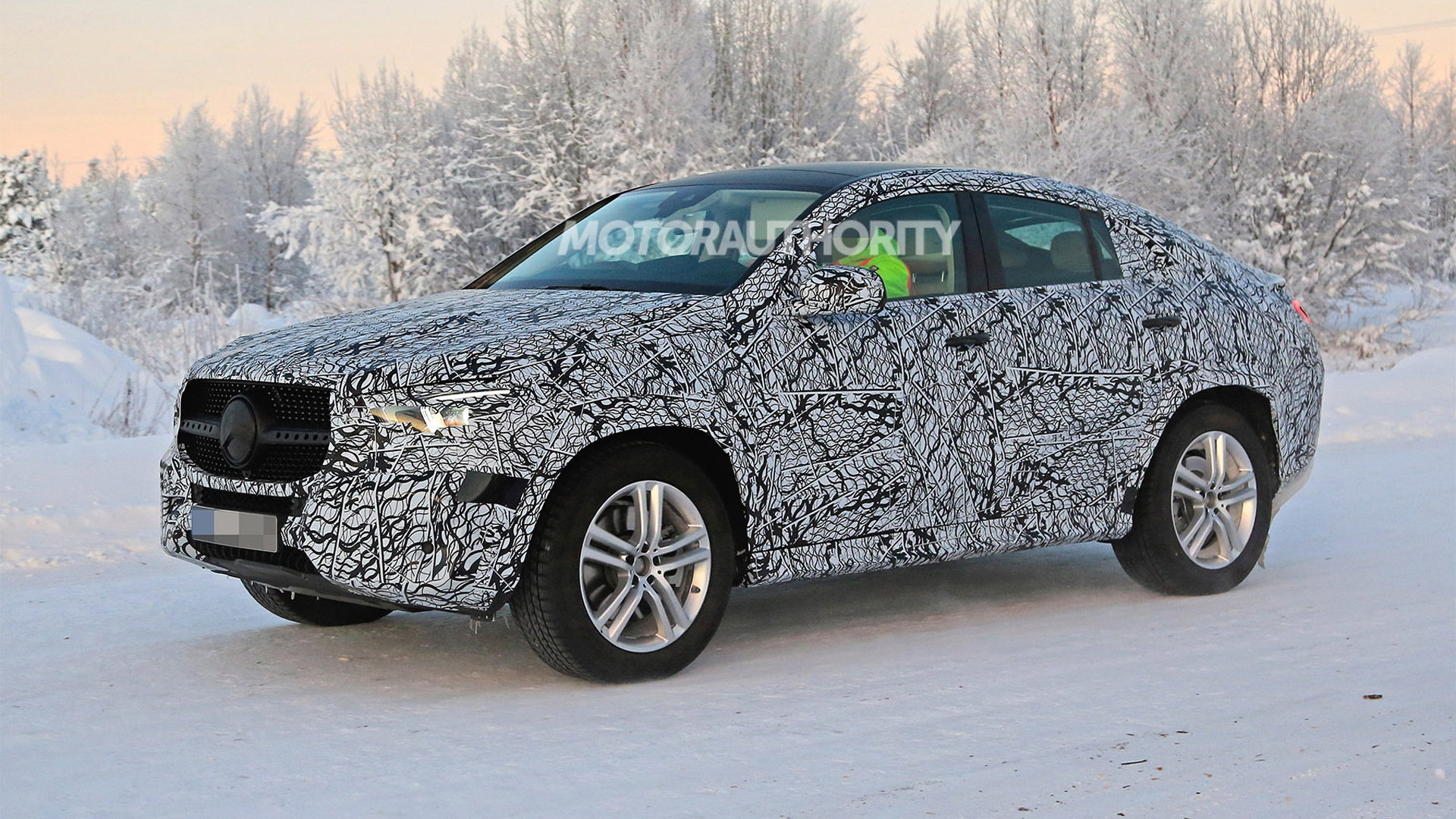 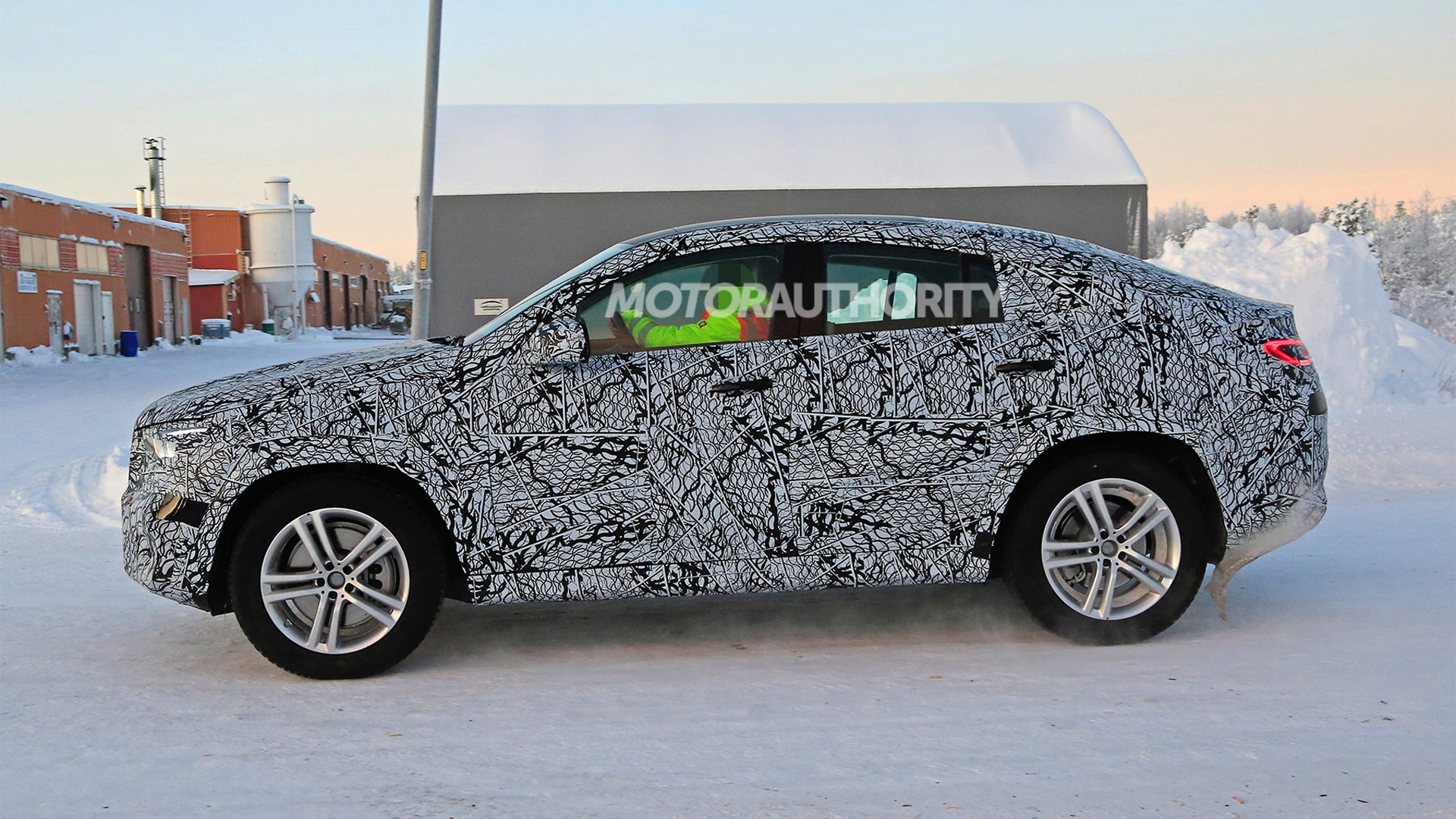 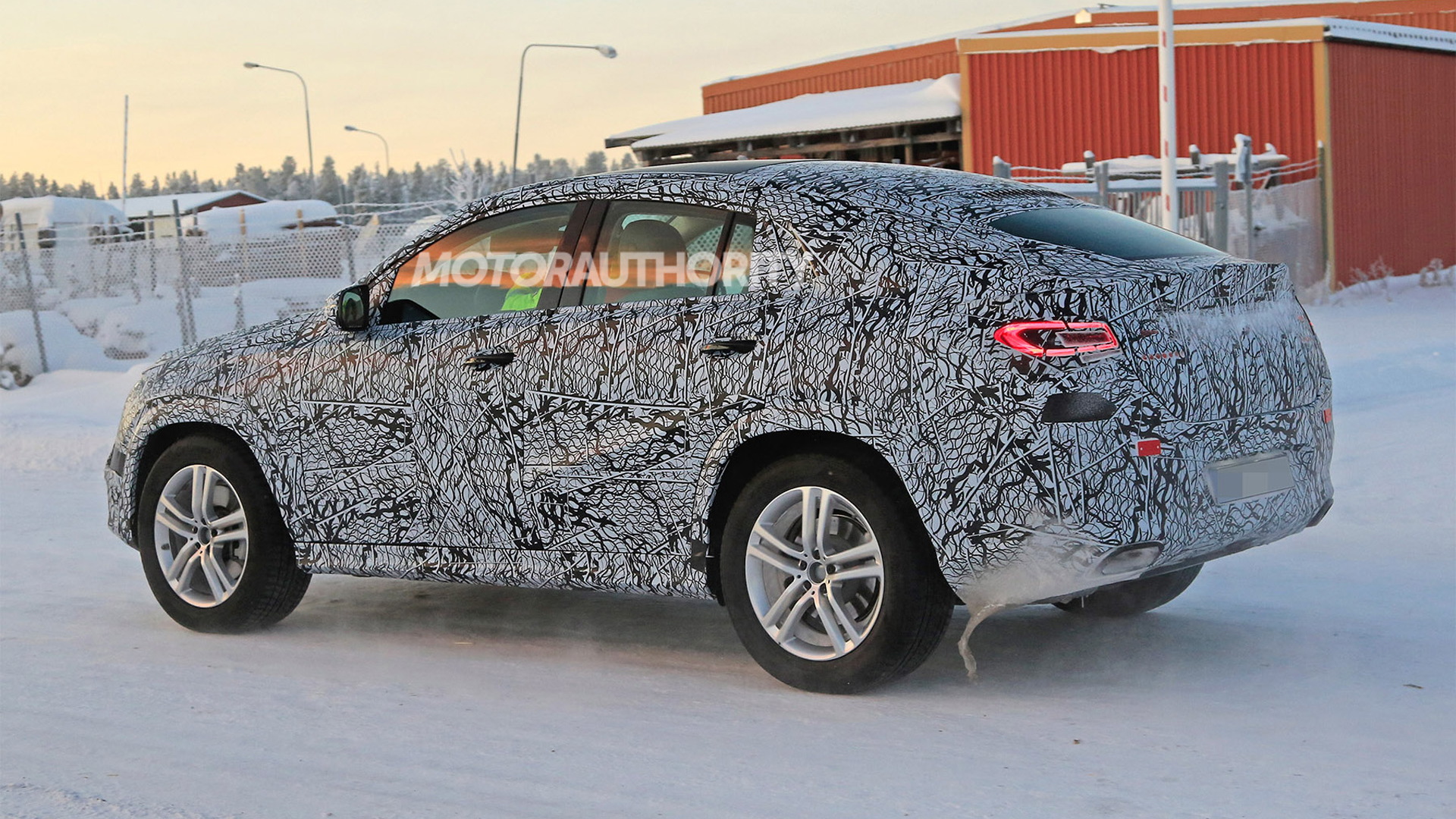 Today we have new spy shots and video of the coupe-like crossover SUV, which is currently undergoing cold-weather tests in northern Europe.

It's immediately clear that the the designers are going with a sleeker, more athletic look for the second-generation GLE Coupe. There's even a large rear spoiler attached to some of the testers, likely part of an AMG Line styling package. A photo including the regular GLE provides a good contrast between the two designs.

Underpinning the vehicle is Mercedes' MHA modular platform designed for crossover SUVs. The platform is closely related to Mercedes’ MRA platform found in most of the automaker’s sedans and coupes, and made its debut in the 2016 GLC. A redesigned GLS based on the platform is also in the works.

The base powertrain should be a 3.0-liter turbocharged inline-6 with mild-hybrid tech and a 362-horsepower output. A 429-hp version of this powertrain is expected to feature in a new GLE53 Coupe from AMG, and above this will be AMG's GLE63 Coupe with a 4.0-liter twin-turbocharged V-8. A plug-in hybrid option should also be available at some point.

Completing the drivetrain in each model will be a 9-speed automatic and rear-biased all-wheel-drive system.

For the interior, we know from the cabin of the redesigned GLE that Mercedes will go with a split-screen design for the dash. There will also be a rectangular shape for the air vents instead of the circular design currently used, and the center console will adopt a smartphone-like screen serving as the main controller for the infotainment system. That infotainment system is the new MBUX system already introduced in Mercedes' latest generation of compacts.

Look for the GLE Coupe to be revealed in the spring as a 2020 model. Sales should follow in the fall.

A redesigned BMW X6 is due around the same time. Other contenders in this segment include the new Audi Q8, Porsche Cayenne and Land Rover Range Rover Sport.