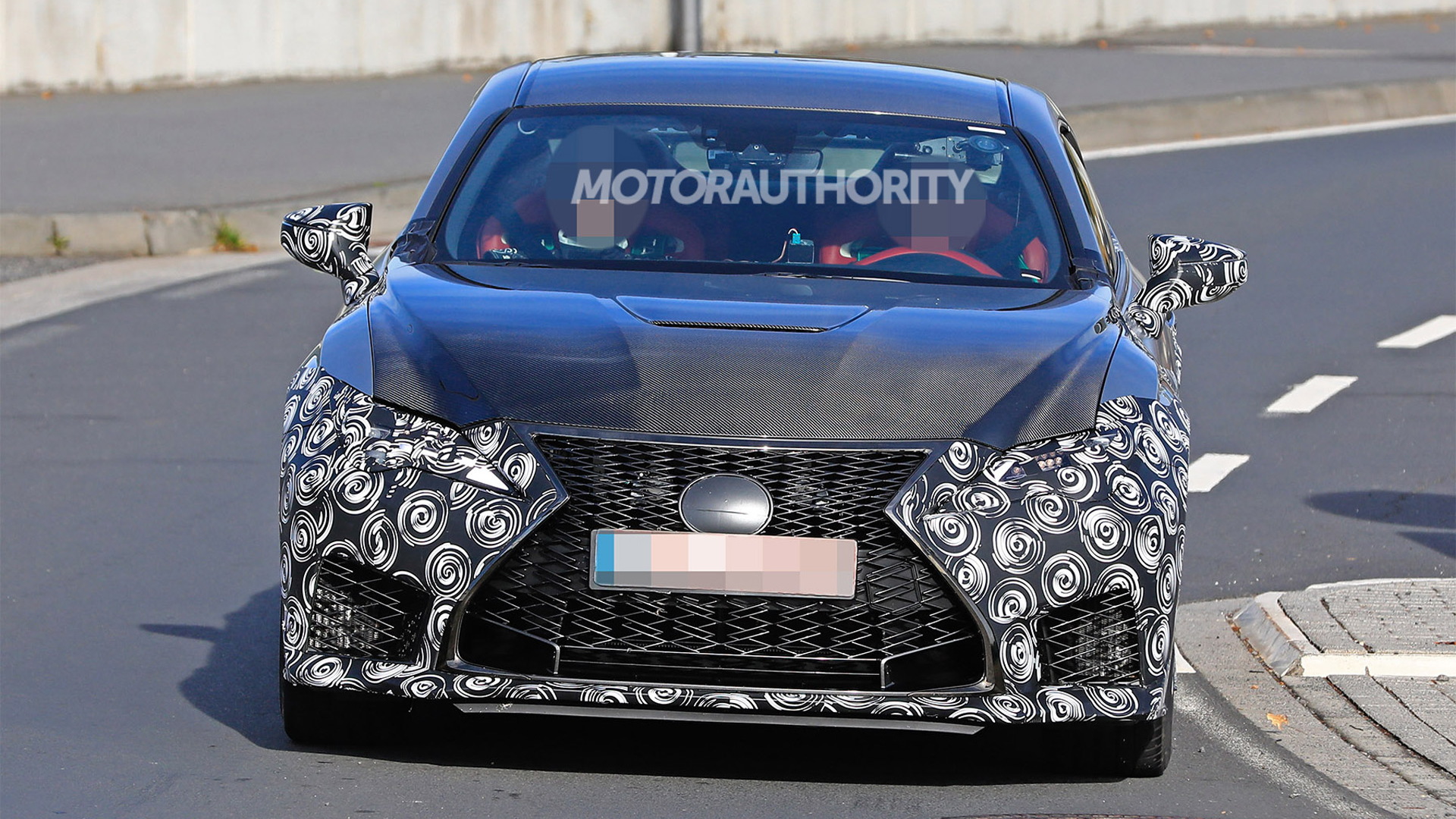 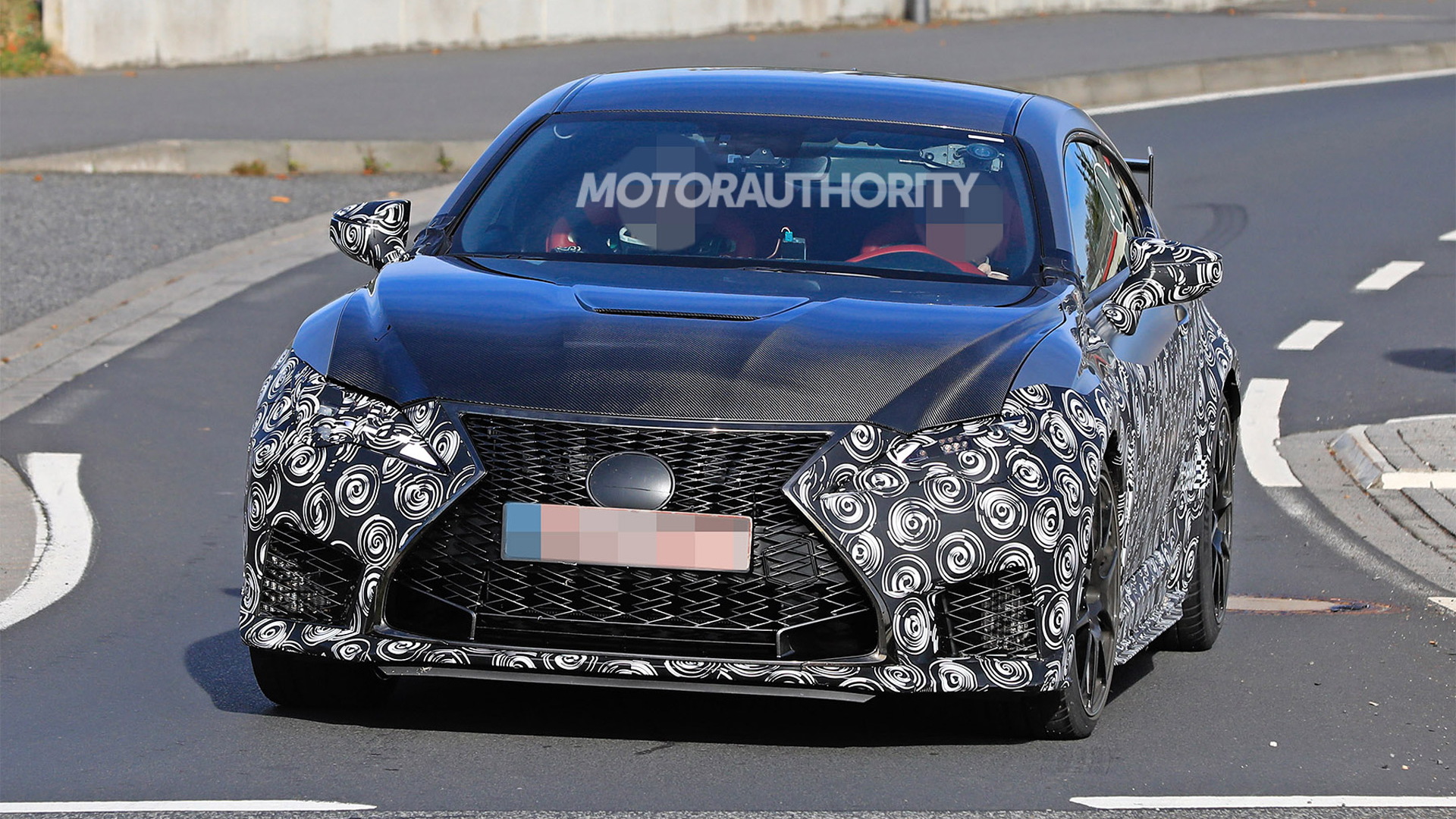 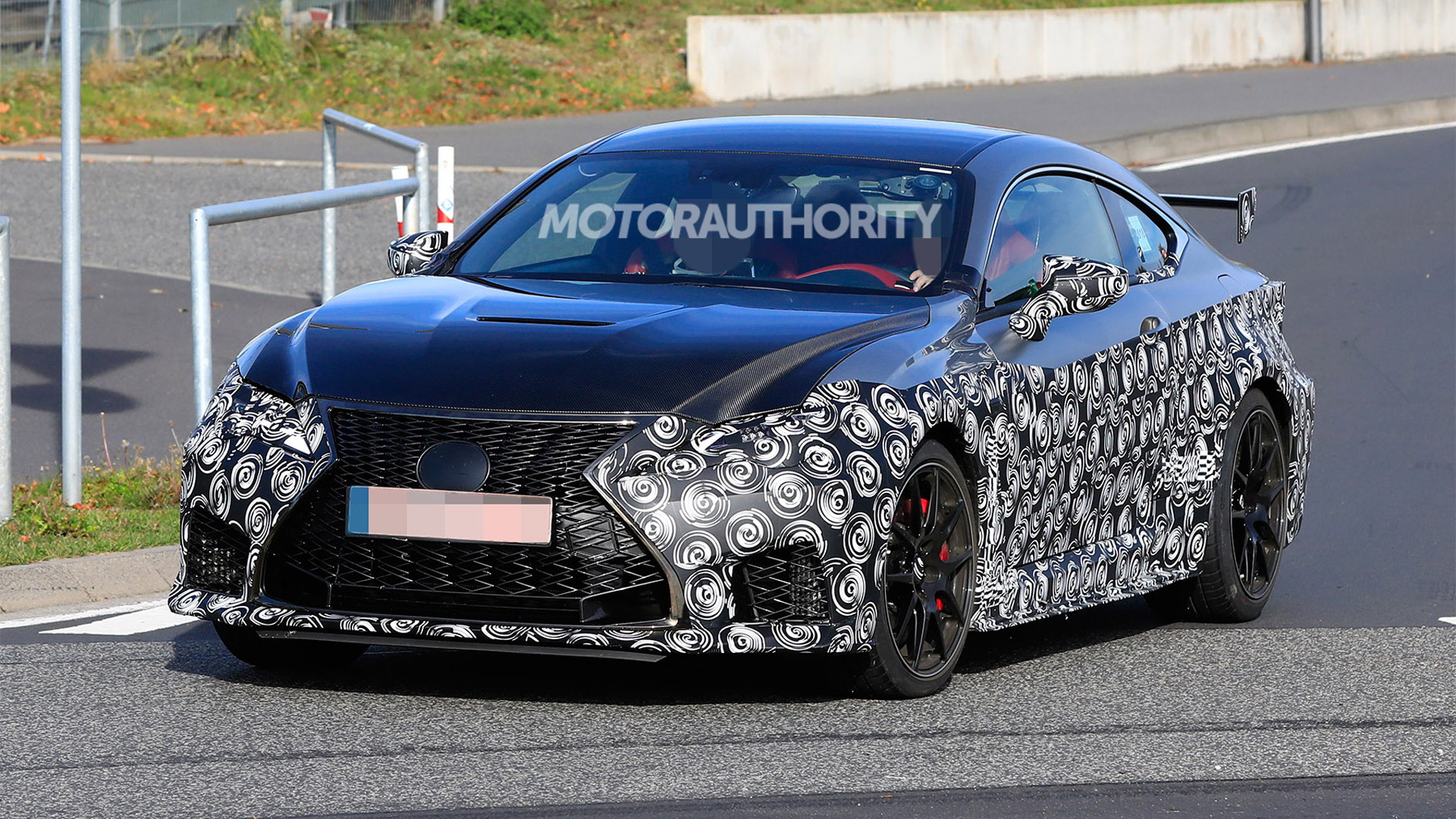 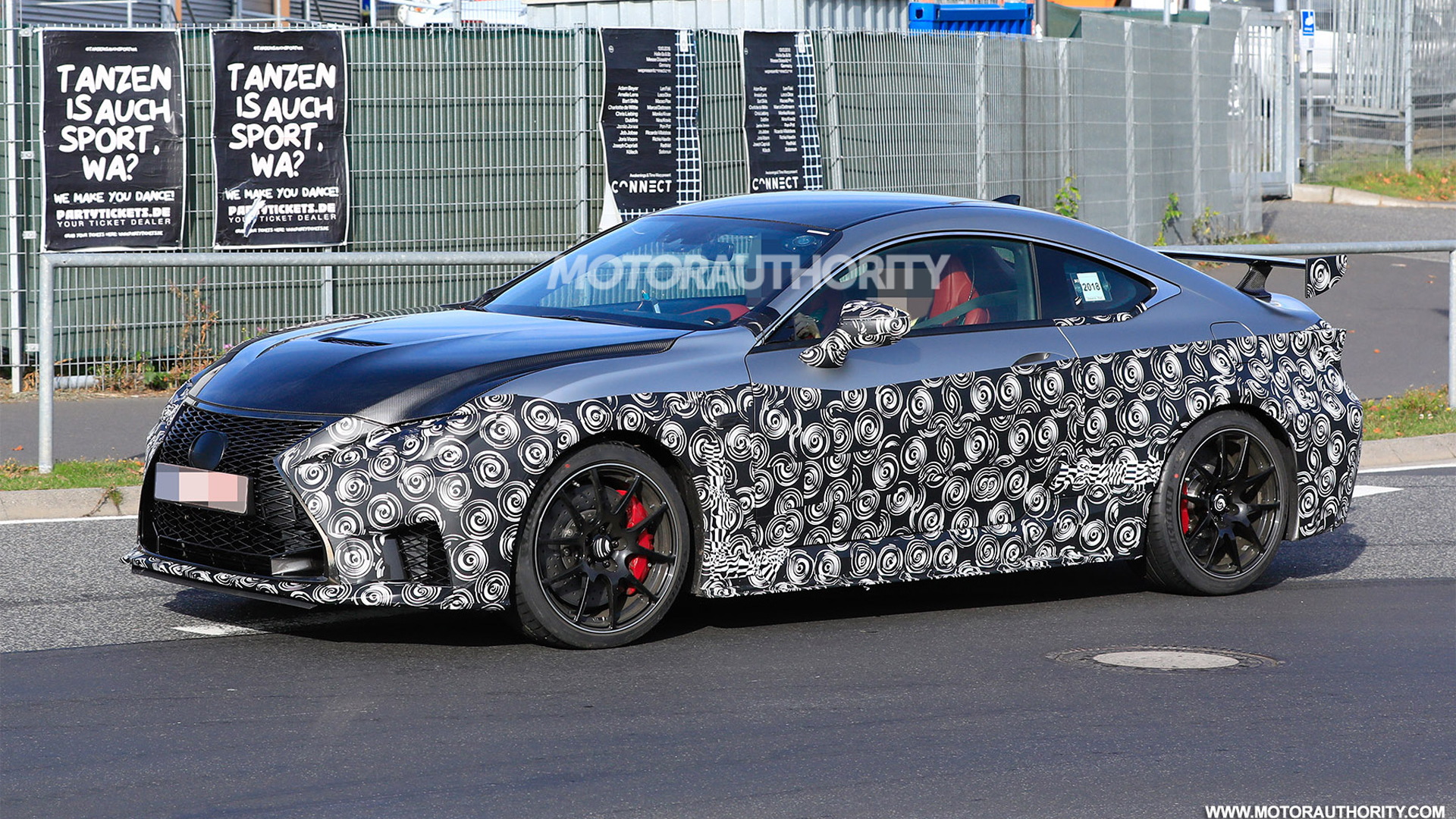 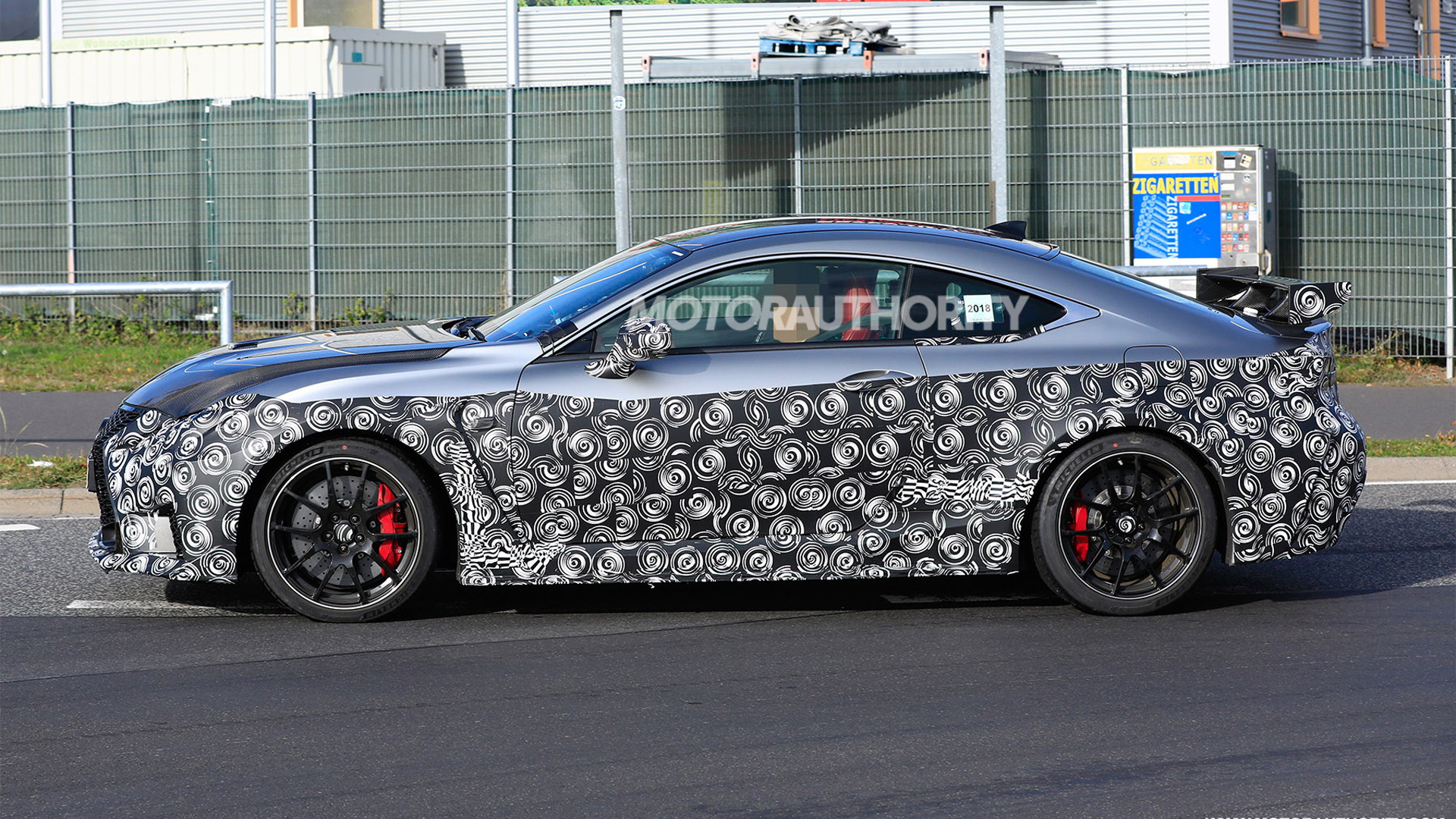 Lexus is preparing a more hardcore version of its RC F to target track enthusiasts. The car has been confirmed as the 2020 Lexus RC F Track Edition, and its debut will take place later this month at the 2019 North American International Auto Show in Detroit.

The RC F Track Edition was previewed in 2016 by the RC F GT concept (shown below), and judging by our spy shots of a prototype the production model will stay close to the concept, at least visually.

Common elements include the exposed carbon fiber-reinforced plastic hood, high-downforce rear wing, and carbon-ceramic brake rotors. The carbon elements on the concept, coupled with a stripped-out interior, brought weight down by as much as 800 pounds, though we don't expect that level of savings on the production model.

Other upgrades on the RC F GT concept likely to make it over to the RC F Track Edition should include adjustable suspension and less restrictive traction and stability control systems.

Extra power is also expected from the RC F's 5.0-liter V-8. The standard car is certainly no slouch, with its 467 horsepower and 389 pound-feet of torque of grunt resulting in 0-60 mph times well under 5.0 seconds, so the new track-focused model should be a scorcher. An 8-speed automatic will most likely be the only transmission, the same as the RC F.

The RC F Track Edition will be based on the updated RC introduced for 2019. The updates include new lights at both ends, better materials in the cabin, an updated infotainment system, and a sportier tune for the suspension.

Potential rivals include BMW's M4 GTS and Jaguar's XE SV Project 8. Though yet to be confirmed, Mercedes-AMG may also join the fray with a Black Series version of its C63 Coupe.

The Detroit auto show opens its doors January 14. Lexus parent company Toyota will use the event for the debut of its reborn Supra. To learn about some of the other vehicles set to appear, head to our dedicated hub.