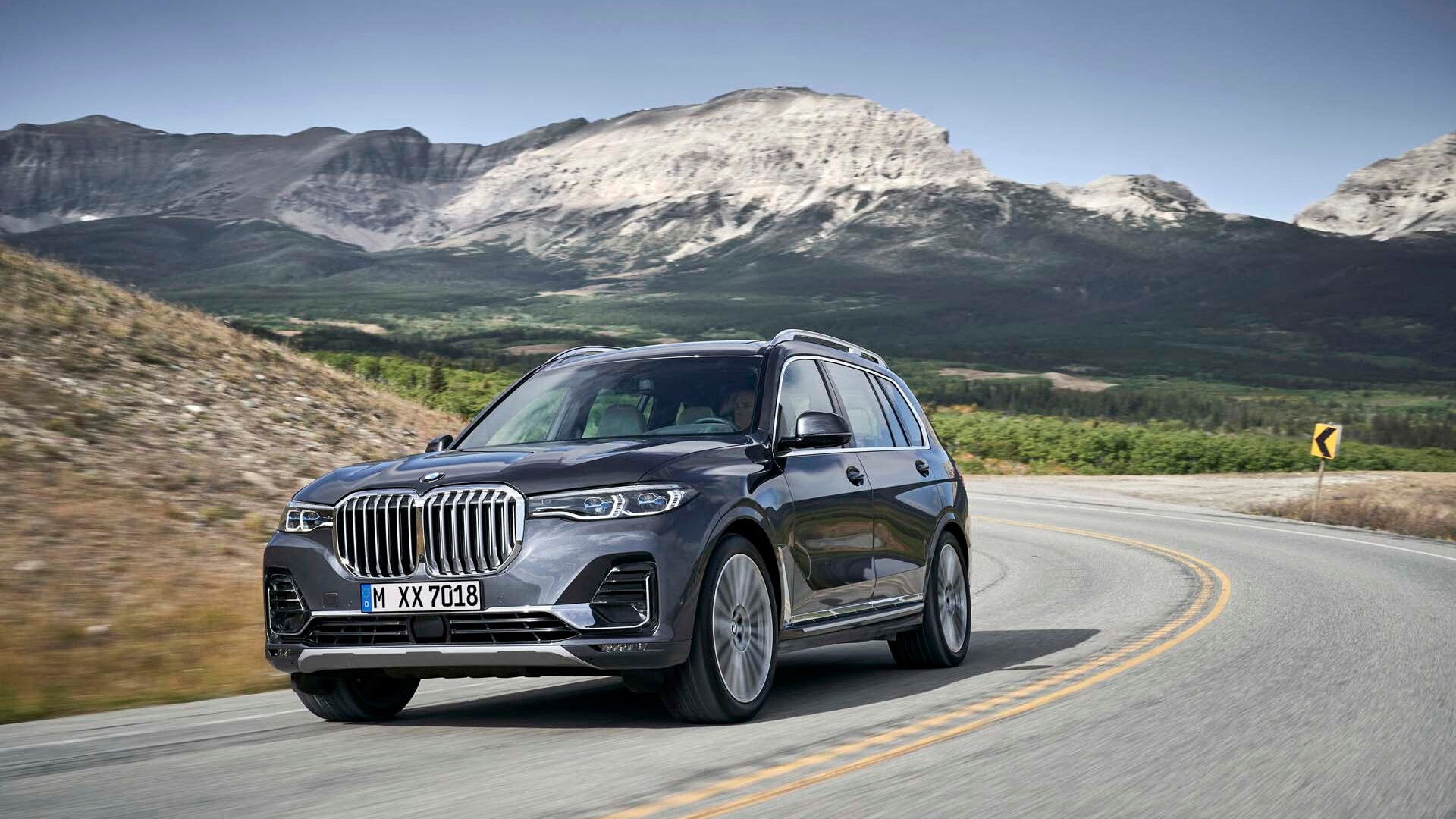 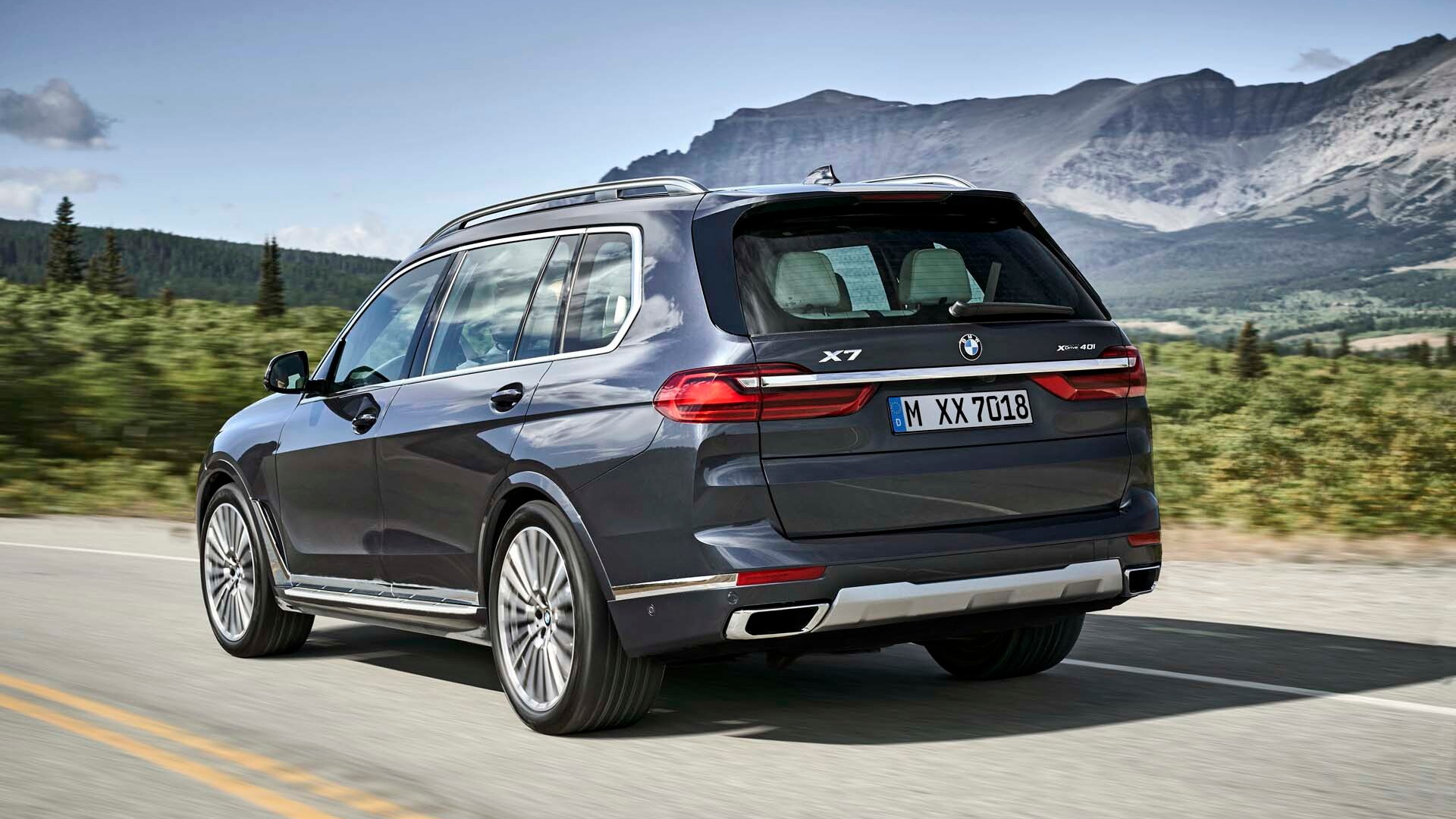 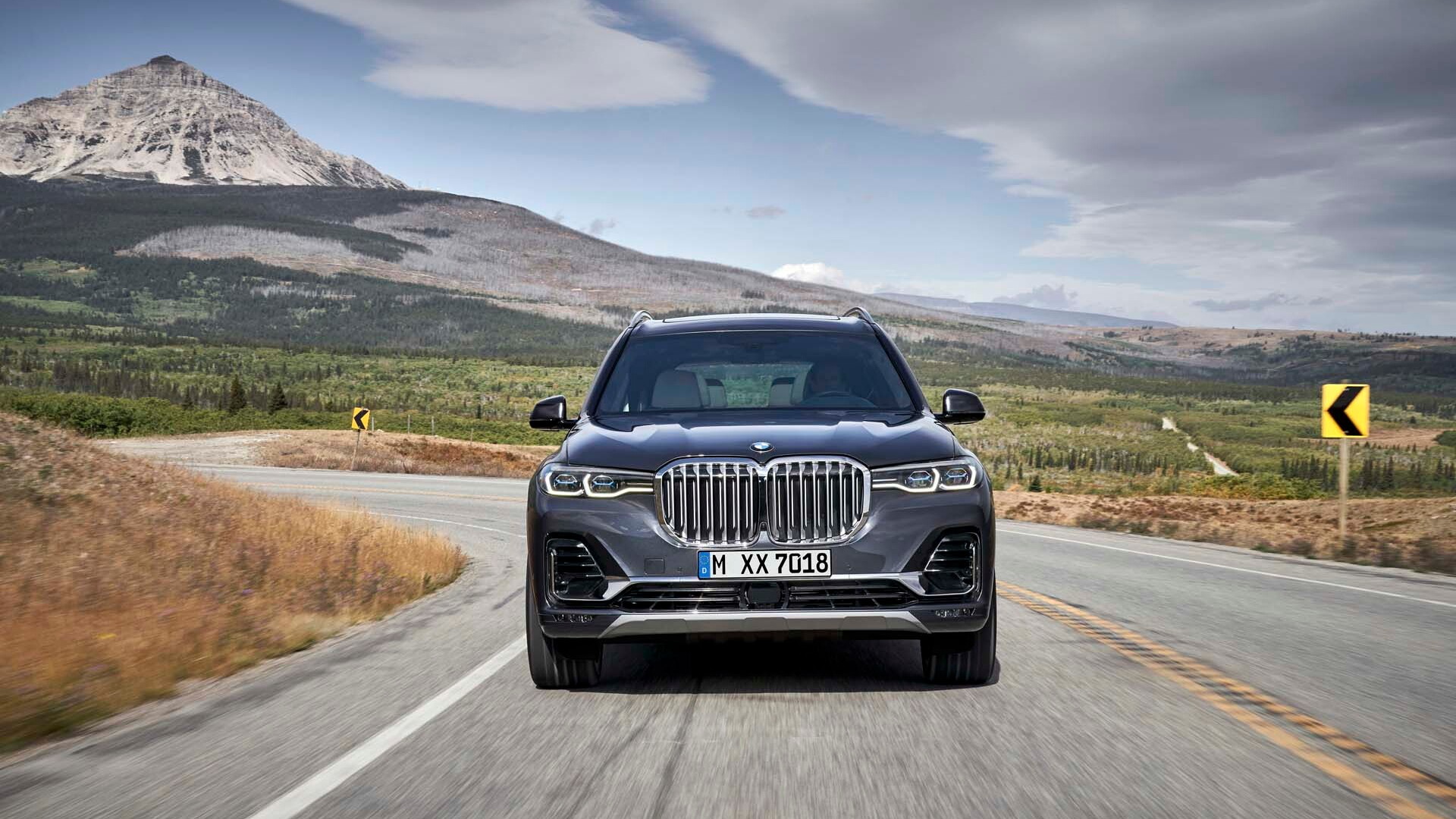 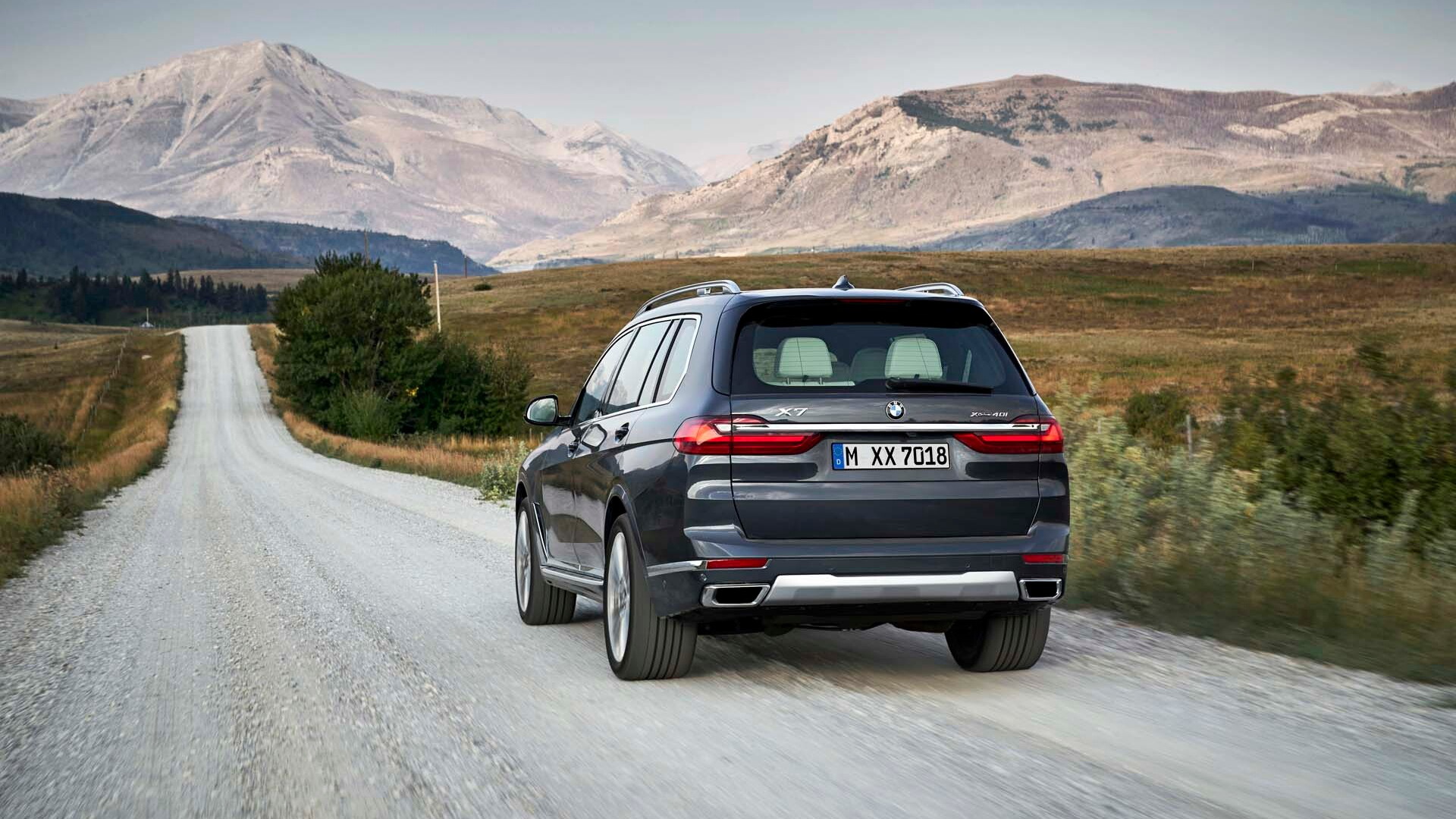 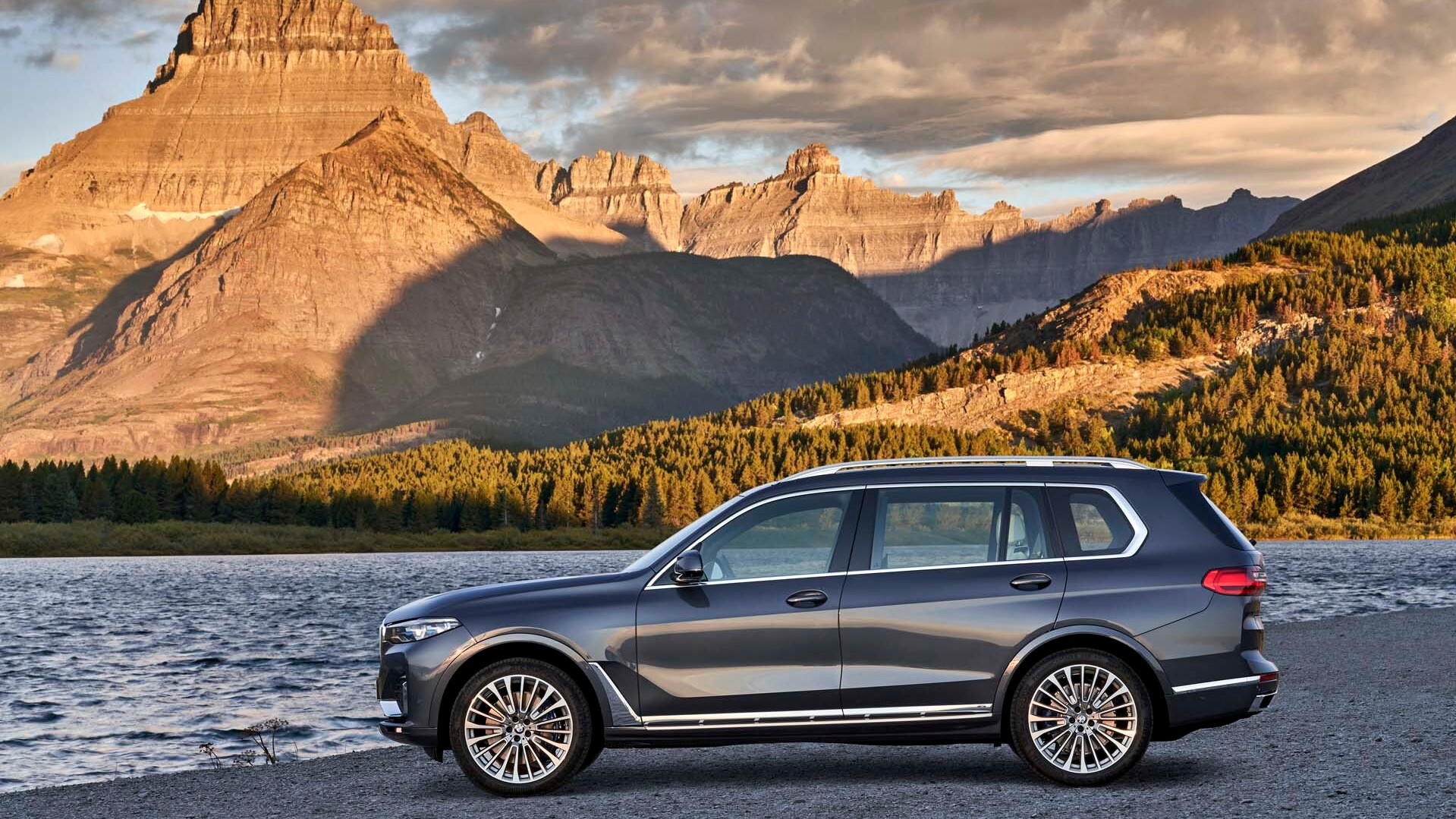 After years of sitting on the sidelines, BMW has finally jumped into the full-size luxury SUV segment with the 2019 X7.

The handsome brute, due in showrooms in March, competes against rival full-size SUVs in the luxury arena such as the Cadillac Escalade, Lexus LX 570, Lincoln Navigator, and Mercedes-Benz GLS. That's some tough competition but BMW is bringing the fight with a generous list of features included as standard.

Only two models are available at launch. The base option is an X7 xDrive40i, which comes with a 3.0-liter turbocharged inline-6 good for 335 horsepower and 330 pound-feet of torque. Included as standard are all-wheel drive, air suspension at both axles, 21-inch wheels, third-row seats, BMW's latest electronic driver aids, and navigation.

Above this is an X7 xDrive50i, which comes with a 4.4-liter twin-turbocharged V-8 good for 456 hp and 479 lb-ft of torque. Naturally, the xDrive50i is the quicker of the two, requiring 5.2 seconds to hit 60 mph versus 5.8 seconds for the xDrive40i. Both models feature a standard 8-speed automatic transmission and top speed governed to 130 mph.

The X7 measures 203.3 inches in length, which is about an inch longer than the Mercedes GLS but almost seven inches shorter than the standard length Lincoln Navigator. Inside the X7, the generous size means plenty of space for three rows of seats. BMW offers a pair of captain's chairs for the second row, but adding this option drops the seat count from seven to six.

The interior features the BMW's latest display and control setup. For the driver, there’s a 12.3-inch screen serving as the instrument cluster. A second screen of similar size and with touch capability sits at the top of the center stack. The effect is of one unbroken display, much like in the latest models from Mercedes. Two more touchscreens are found in the second row, allowing more passengers to stay connected or entertained while on the road. Voice activation and gesture control can be used alongside touch capability and physical buttons.

A collection of digital services are offered on the X7 as the Connected Package Professional. This provides Remote Services, Concierge Services, On-Street Parking Information, and Real Time Traffic Information for the first four years of ownership. This is in addition to the standard BMW Connected app which offers numerous functions of its own in addition to being able to connect with multiple mobile devices. Wireless charging and a WiFi hotspot are also standard across the range.

All the latest in electronic driver aids are on board. Camera monitoring systems help when backing up or parking, and when out on the road X7 owners will have access to the usual collision warning, blind spot detection, along with lane departure and cross traffic alert systems. There's also a Driving Assistant Professional package which is standard on the xDrive50i and available on the xDrive40i. It features systems that help with the steering, including a semi-autonomous traffic jam assistant that can handle speeds up to 37 mph. The system can be used on limited access highways and uses a driver-facing optical/infrared camera located in the digital instrument cluster to monitor the driver’s eye and nose position to determine if they are monitoring the road ahead. As long as the driver is found to be attentive to the road ahead, the need for the driver to place their hands on the wheel every 30-50 seconds is not required.

Production of the X7 takes place at BMW's plant in Spartanburg, South Carolina, where the automaker also builds the X3, X4, X5 and X6 lines. It's BMW's biggest plant in the world and approximately 70 percent of the output is exported.

For more on the BMW X7, read the in-depth reviews at The Car Connection.