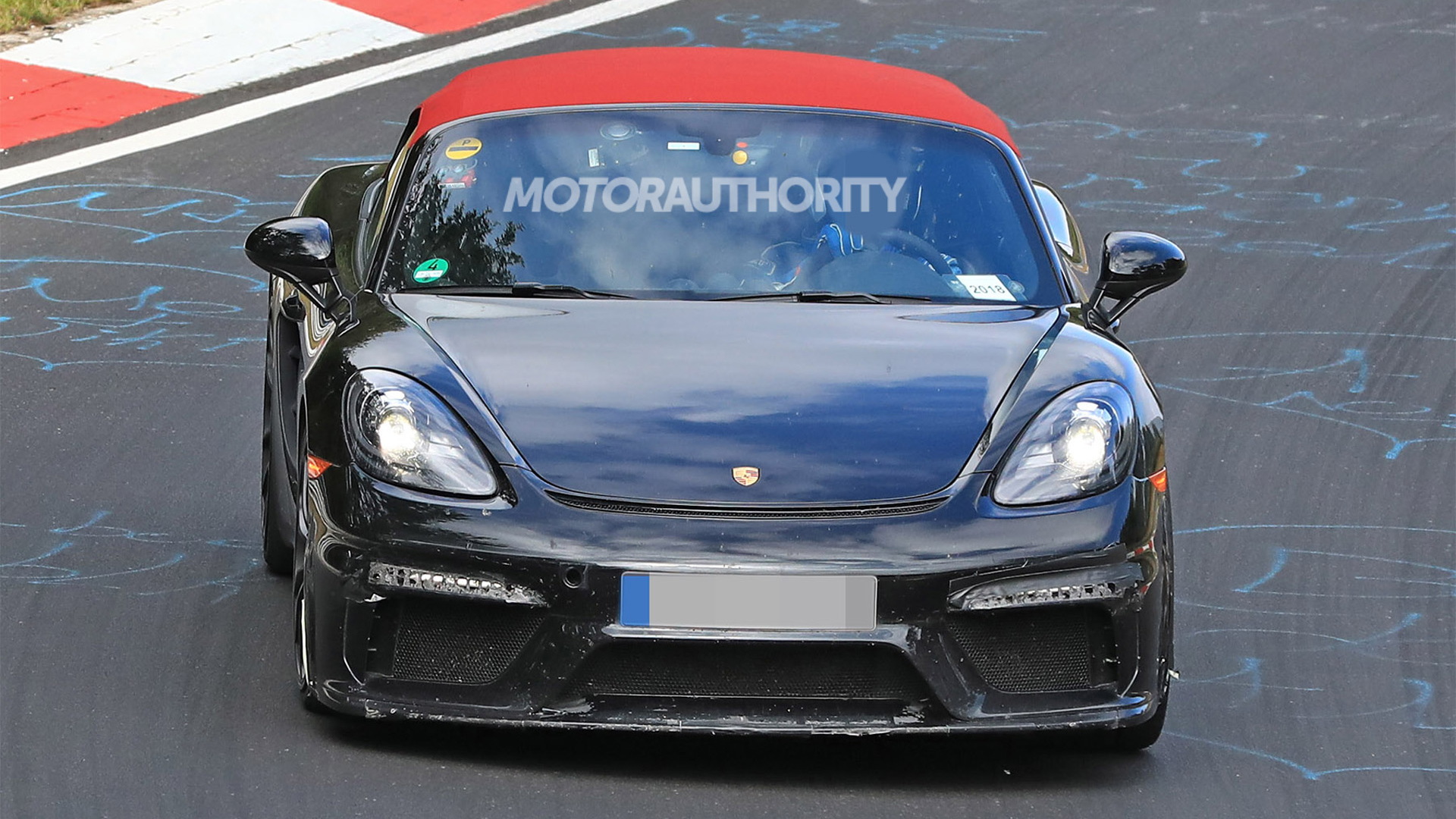 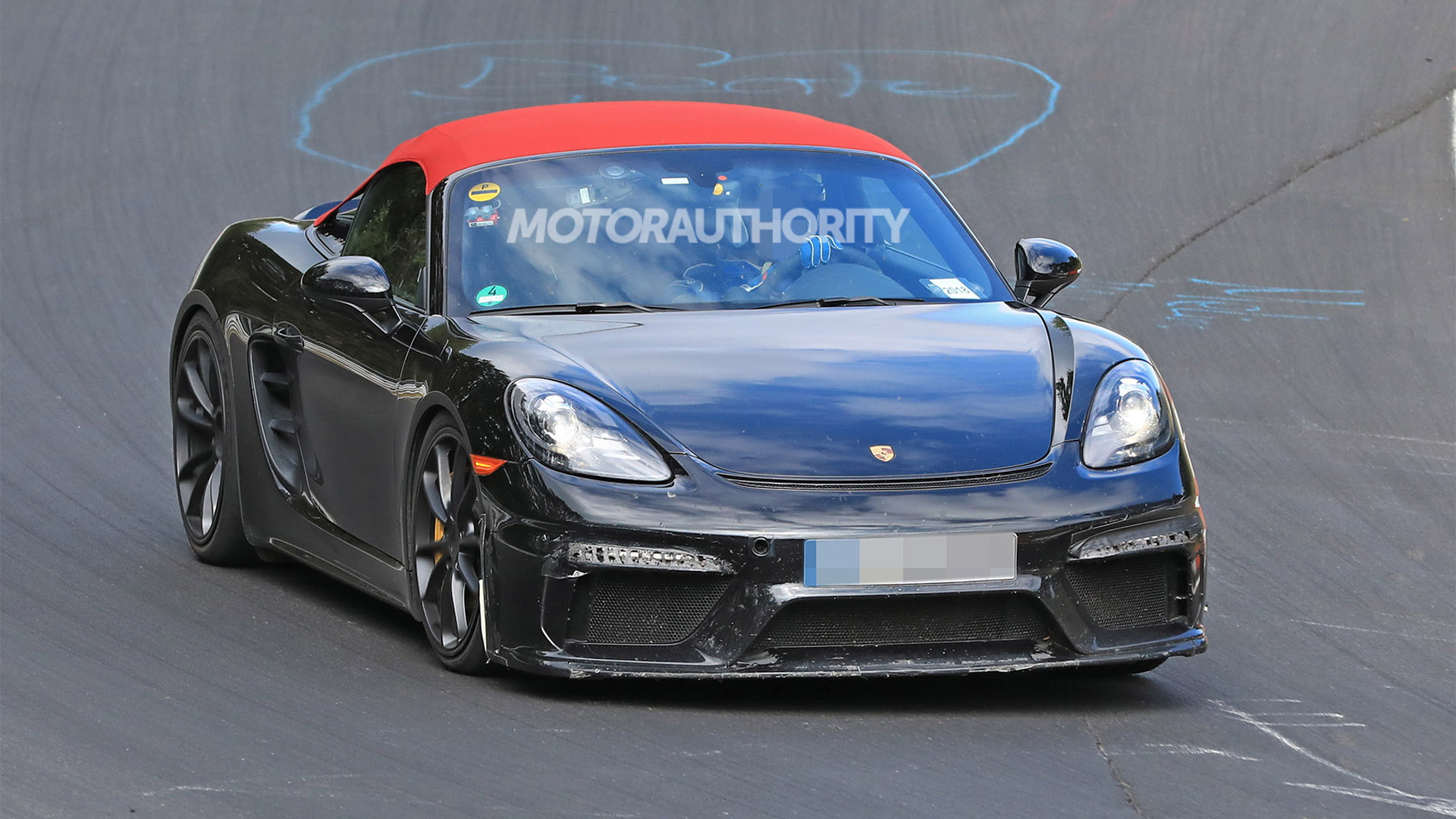 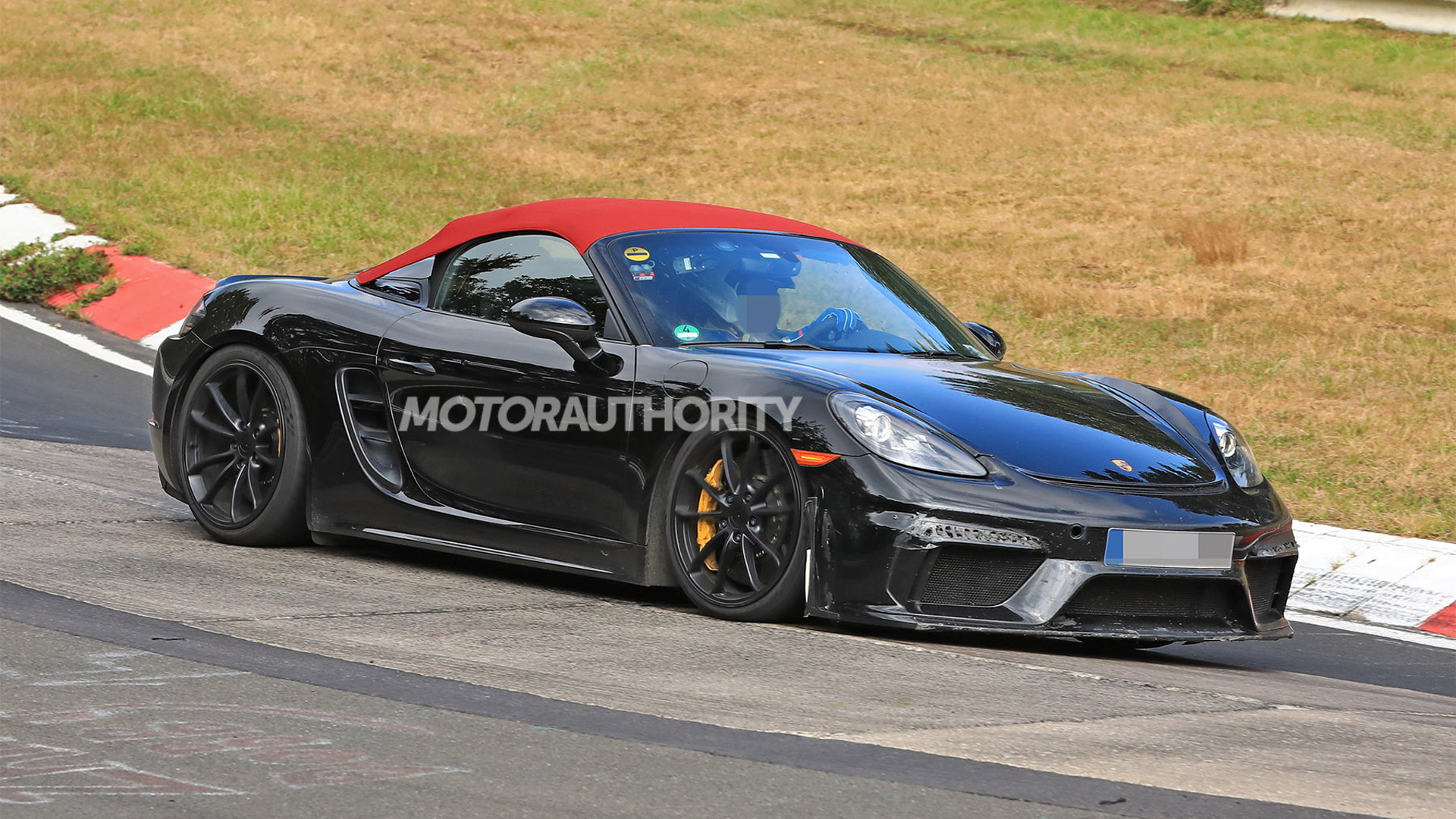 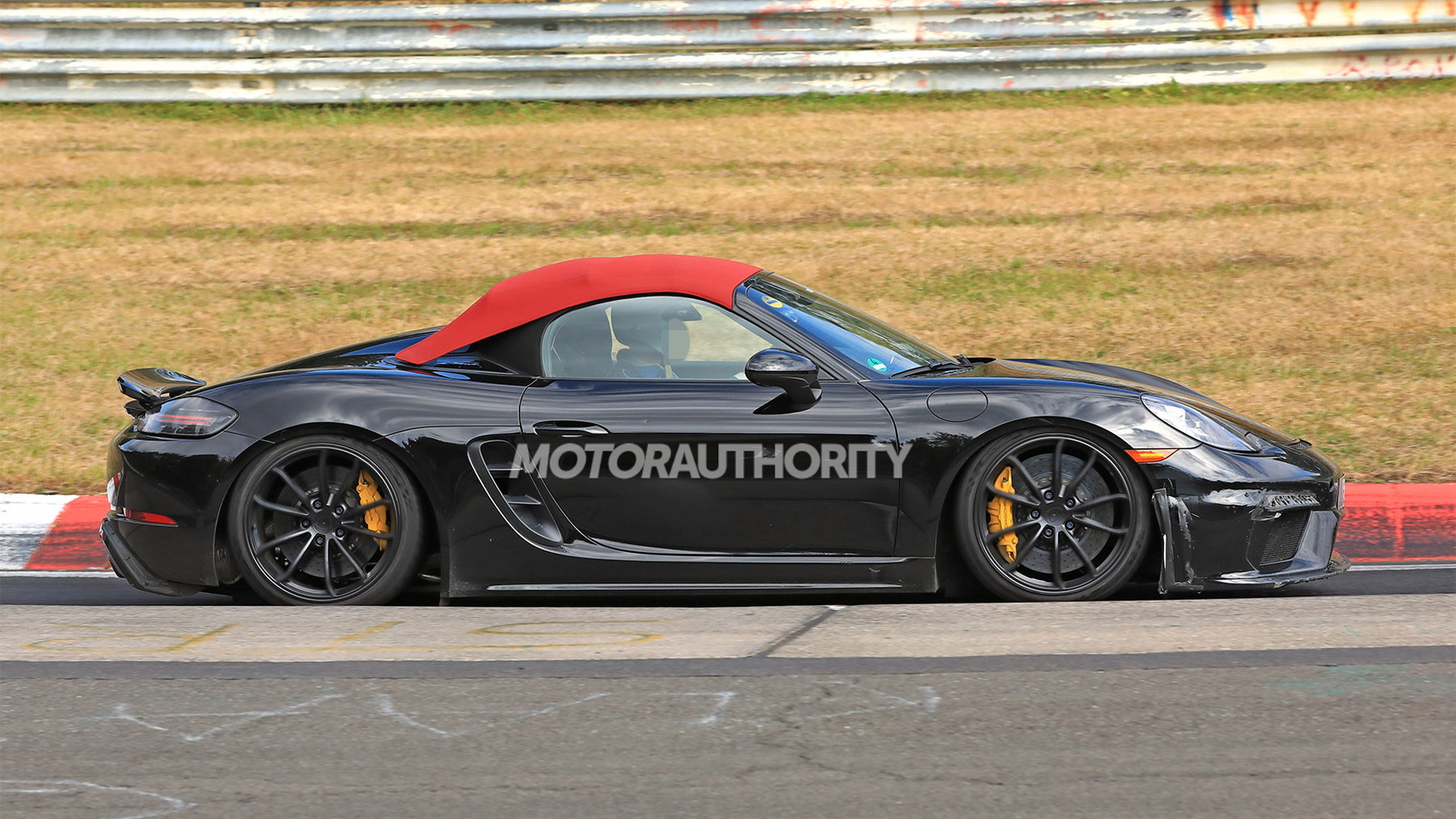 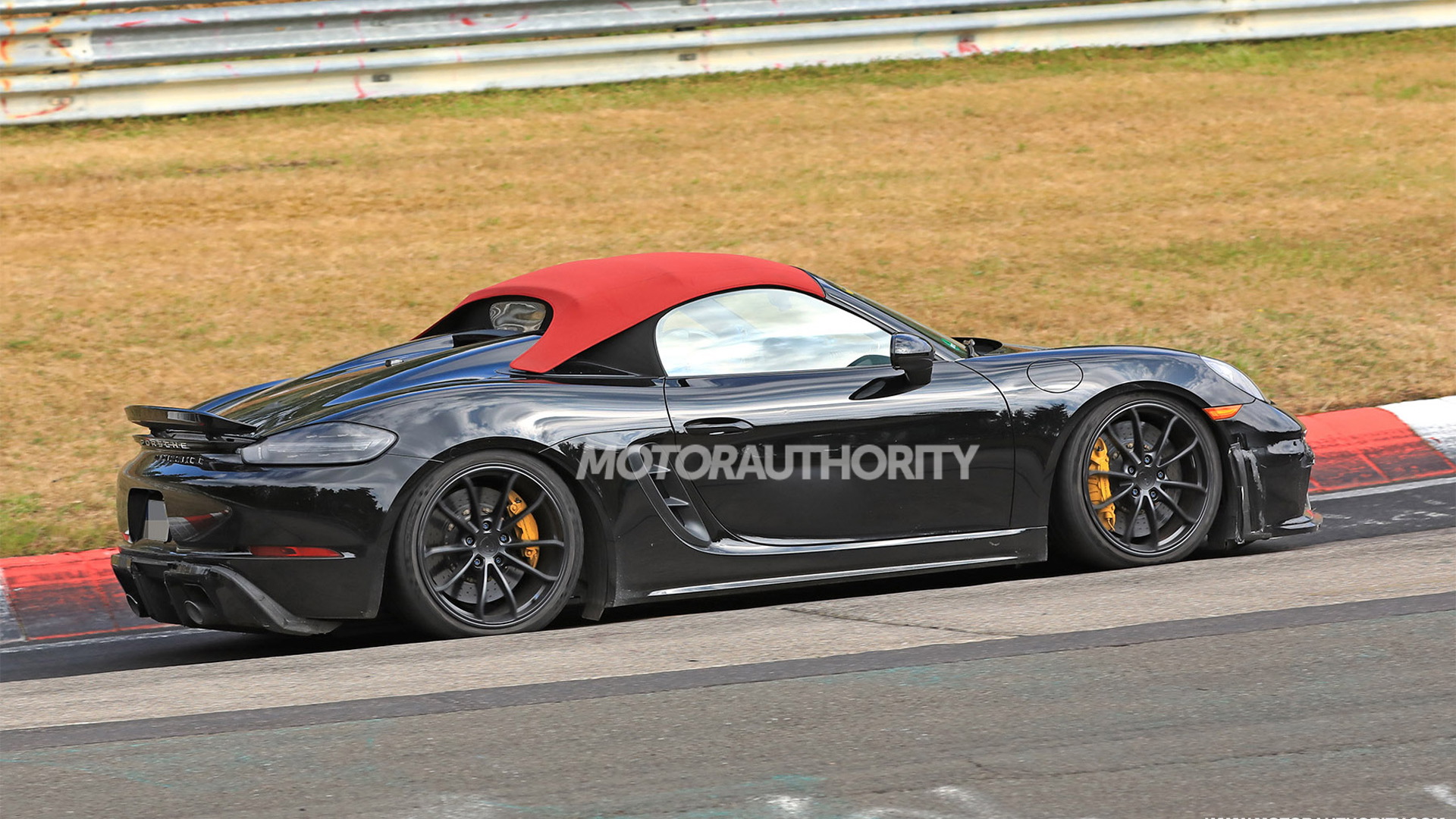 Porsche’s 718 Boxster and Cayman received the GTS treatment for 2018, but this doesn't represent the end of the road for performance tuning of Porsche's entry-level sports car.

The German sports car marque is currently working on the next rung up the ladder, the new 718 Boxster Spyder and Cayman GT4. Previously thought to be arriving for 2019—instead we got the tamer 718 Boxster and Cayman T—the cars should now arrive for 2020, meaning a debut some time next year.

Shown here is a prototype for the Boxster Spyder. It’s easy to spot this as the Spyder version of the Boxster due to the characteristic rear humps behind what’s almost certain to be a minimalist cabin. The roof is also unique to the Spyder, chosen due to its streamlined design and lightweight properties. The design is a tribute to the 718 Spyder from the 1960s.

The standard Boxster and Cayman are fitted exclusively with turbocharged flat-4 engines, but the more potent versions are expected to run naturally aspirated flat-6 engines, just like their predecessors. That’s the word of Porsche engineer August Achleitner, who headed 718 and 911 development prior to retiring only last month.

Considering the last Spyder came with 375 horsepower, as much as 400 hp could make it into the new one. What isn’t so clear is whether there will be a dual-clutch transmission available this time. Previously, the car was offered exclusively with a manual.

Expect the 0-60 mph time to approach 4.0 seconds and the top speed to lie somewhere above 180 mph. 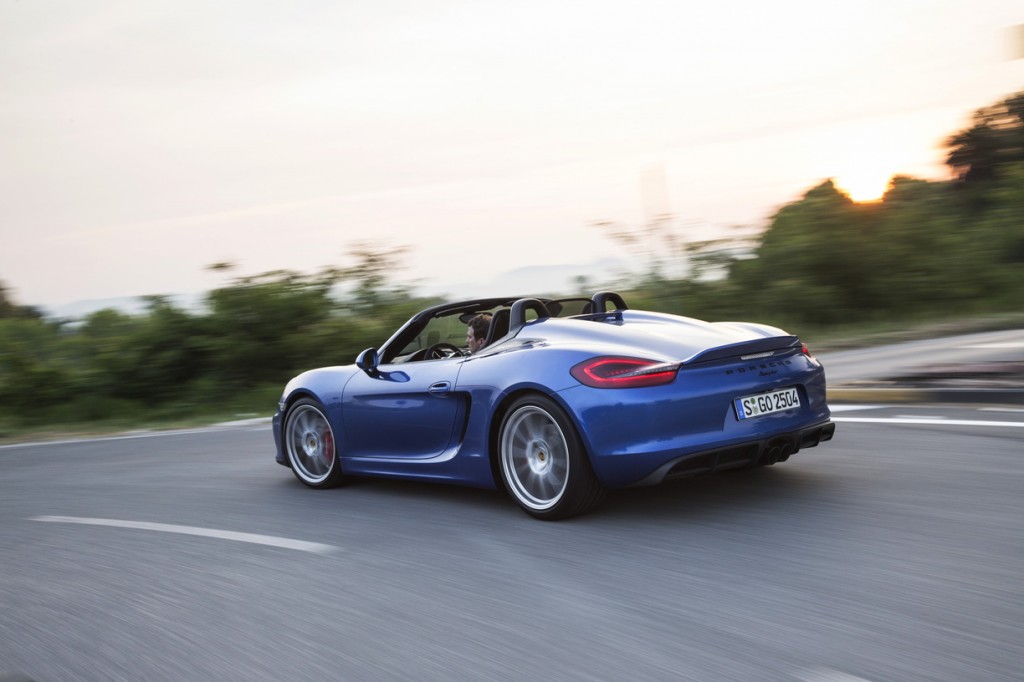 Other upgrades will include lowered suspension, a more aggressive aero kit with larger intakes, plus uprated brakes and sharpened steering.

Production will be limited, so if you’re interested in parking one on your driveway you better start cozying up to your local Porsche dealer. These special editions typically sell out fast.