The mid-engine C8 Corvette could feature some nifty power doors if a new patent sheds any light on the feature.

First published to the MidEngineCorvette Forum and reported by The Drive last Friday, the patent describes trick power doors for the driver and passenger to take advantage of. While power doors aren't new in concept, the patent for the mid-engine Corvette takes them a step further.

They won't mimic doors found on other supercars like Ferrari or Lamborghini, but they will house a motor to open the door plus a rotary actuator, position sensor, and controller. The devices would work together to sense outside forces working against the power motor. For example, they could tell the motor to use more force on a windy day to ensure the doors open with ease.

Another feature the smart power doors would house is a sensor to tell drivers something could obstruct its path. It could help prevent the all-too-common door dings in parking lots. 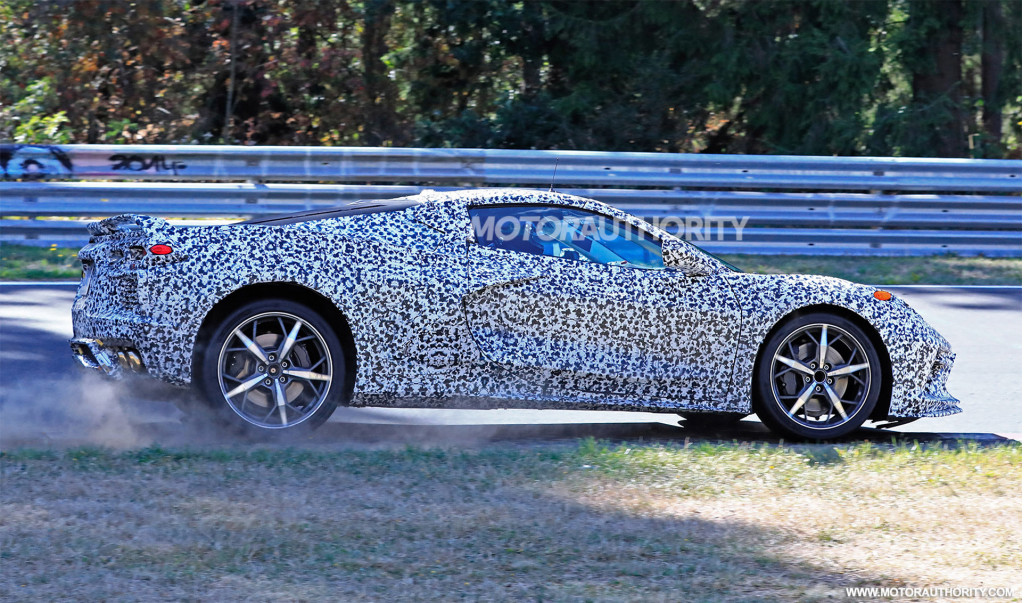 Of course, a patent doesn't mean the feature will make it to production. However, the placeholder image on the patent is of a C7 Corvette, which seems far too coincidental. But, automakers patent features often and it's never a guarantee a feature will surface on a production car.

As for the C8 Corvette, we'll likely see a debut in summer of 2019, according to recent information. The car has reportedly been delayed six months over electrical issues. A debut could take place as soon as May, but one thing appears certain: a standalone event is very likely rather than a debut at a major auto show. Chevrolet made a similar move with the sixth-generation Camaro and revealed the car at Belle Isle in Detroit for the 2016 model year.

Stay tuned as we learn more about Chevrolet's worst-kept secret as we approach a rumored debut next year.