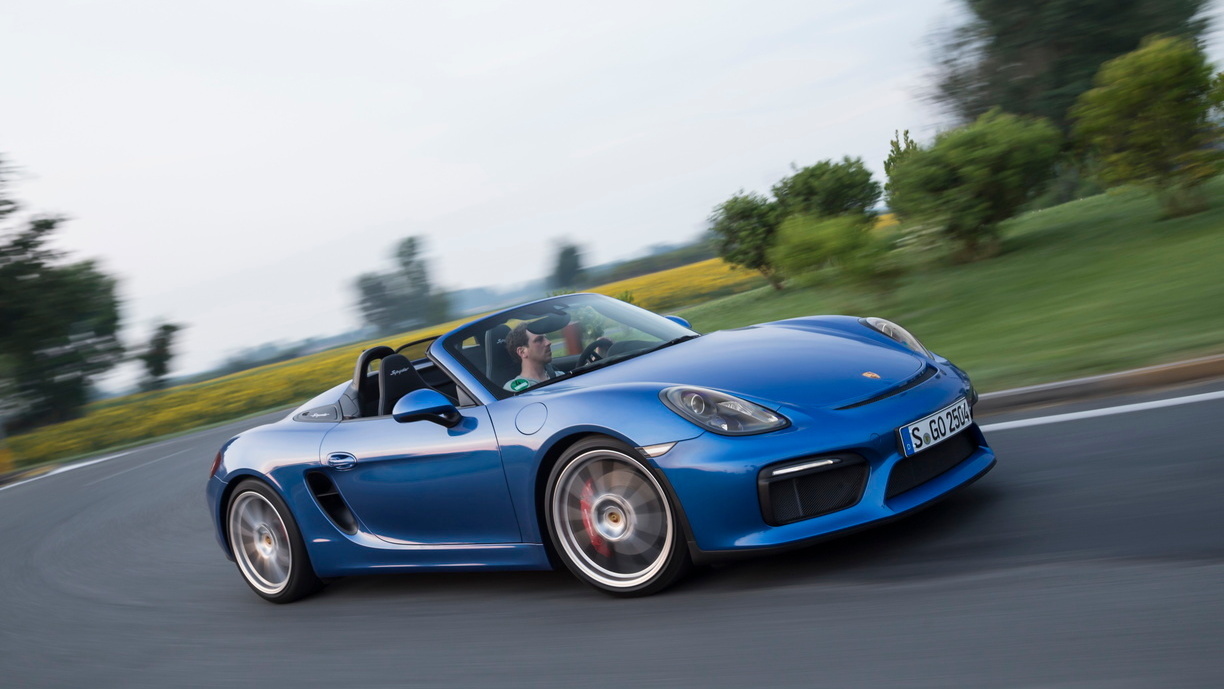 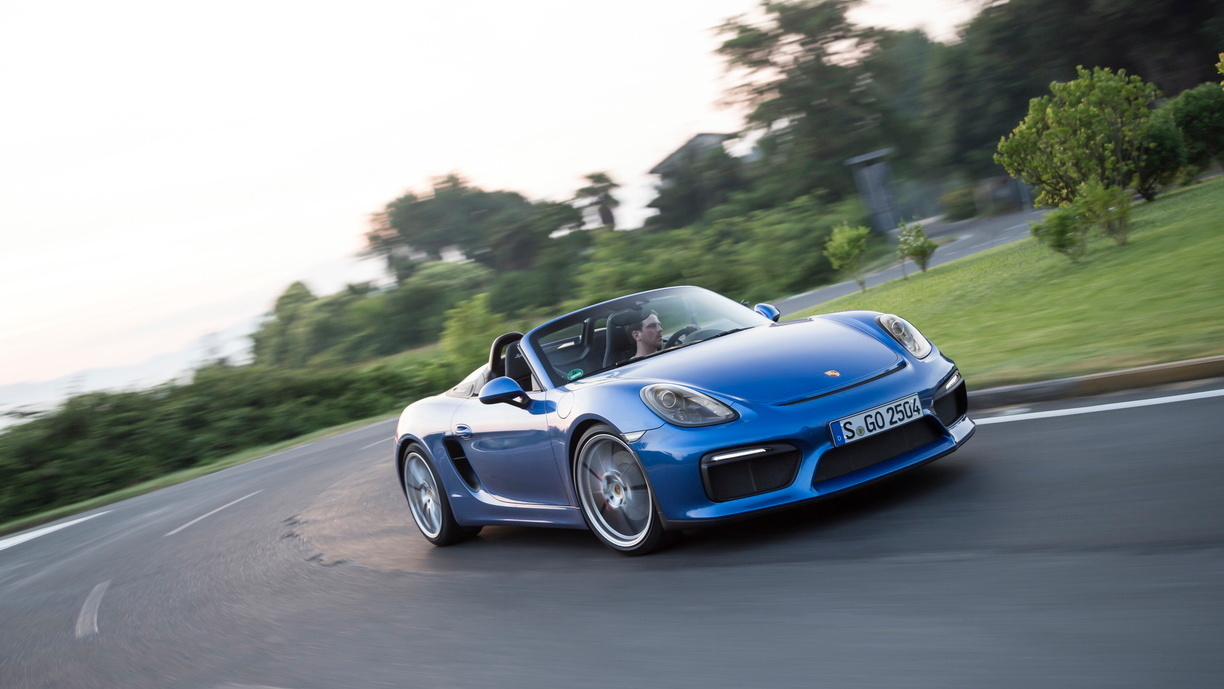 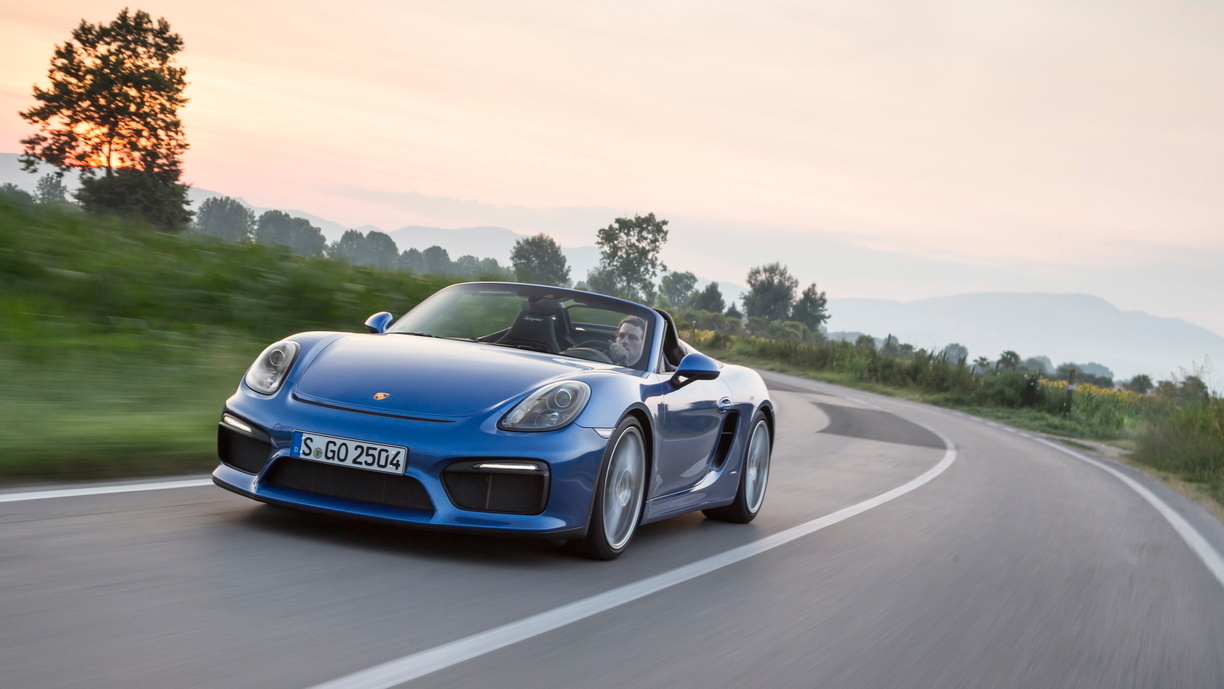 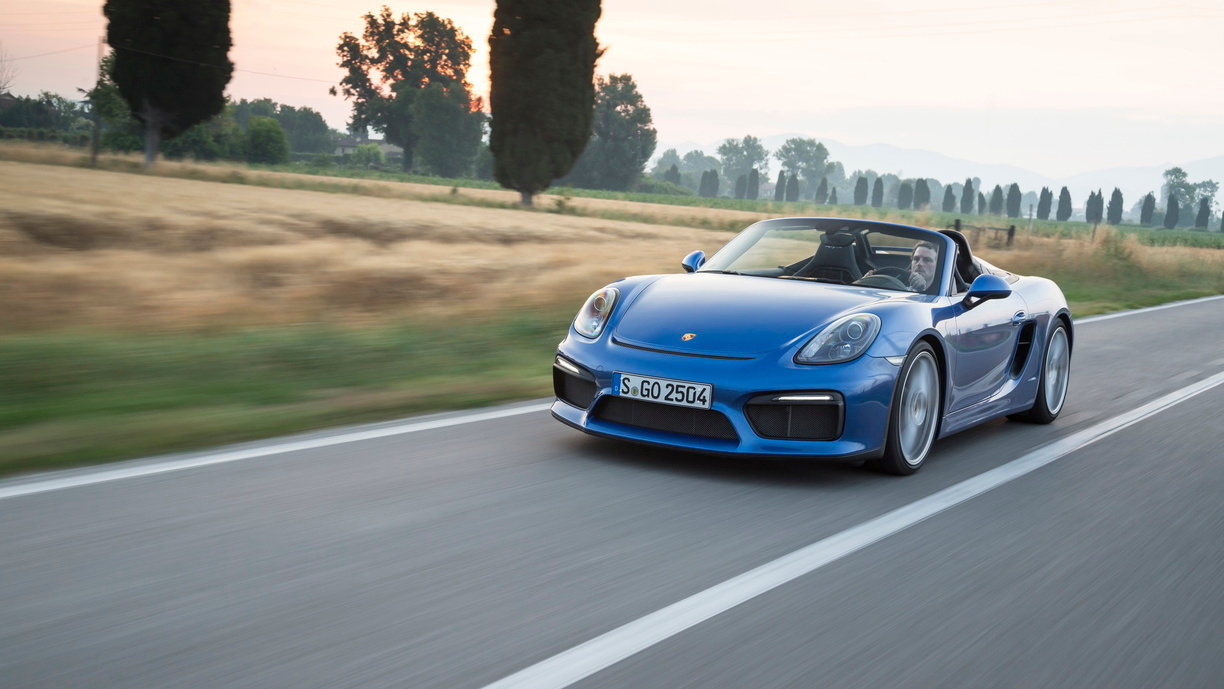 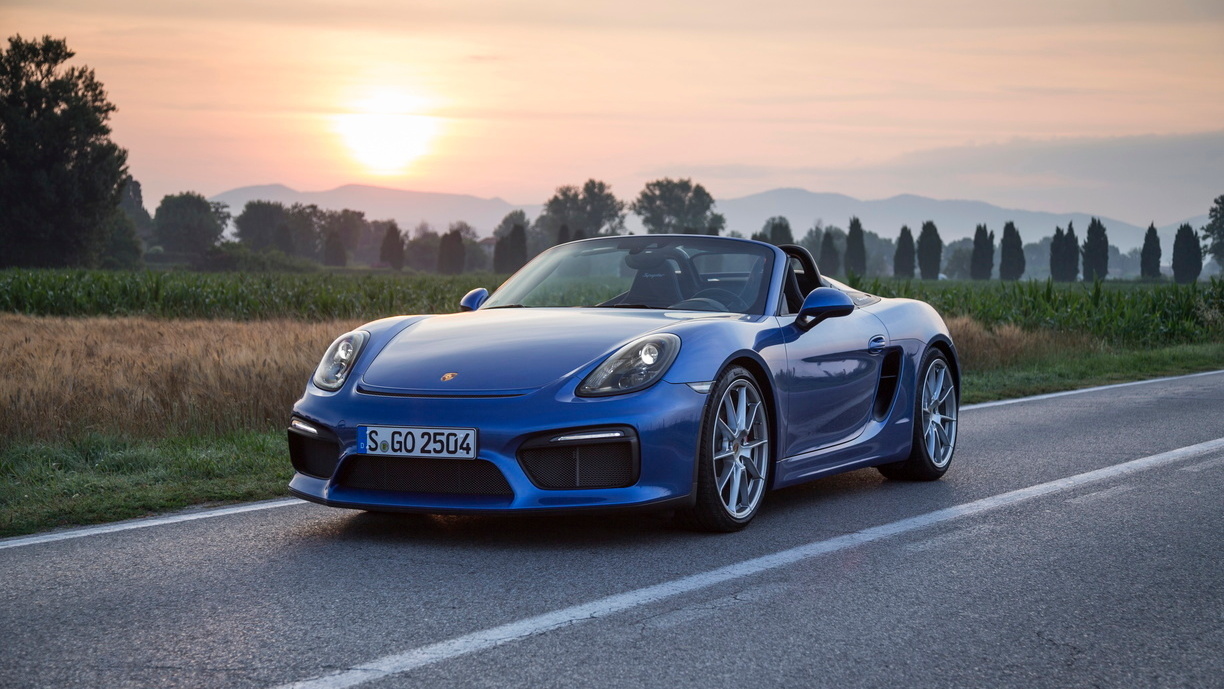 Hawaii is a vibrant landscape with a beauty that approaches perfection. Something about the angle of the sun and the clear blue sky turns the grass that grows on the volcanic rock a glowing emerald green. The constant gentle breeze mixes with pervasive 80-degree temperatures to ensure the comfort of residents and tourists alike. And the sound of the surf provides a calming effect that really helps you let go of life’s stress and just relax.

It is this environment that Porsche chose for the media drive of its 2016 Boxster Spyder. And it’s fitting because, like Hawaii, this German roadster approaches perfection.

It’s not like Porsche had to make a massive investment in engineering to build such a brilliant car. Aside from the top, there is nothing really new about the Boxster Spyder. Instead it’s a menagerie of parts bin parts. It’s also the closest a Boxster is going to get to the vaunted Cayman GT4, which donated the front and rear fascias.

Like the GT4, the Boxster Spyder lacks a radio and air conditioning (you can add them back in for free) and features the 3.8-liter flat six that most recently spent time in the 911 Carrera S. Here the engine makes 375 horsepower and 310 pound-feet of torque, while revving up to 7600 rpm. That’s 10 fewer horses than the GT4, but the Spyder’s lighter weight should make up for that difference. Buyers get only one choice of transmission. It’s the same six-speed manual as found in other Boxsters, and it comes with a short-throw shifter.

The good news is that all those parts come together into a cohesive whole. In fact, the Boxster Spyder is one of the most engaging cars you’ll ever drive.

It’s not just engaging. It’s incredibly precise, and you feel that precision when you start interacting with the controls. Depress the clutch and you feel that it is firm, offering just the right amount of resistance. Start shifting gears and you feel the very positive gear engagements and satisfyingly short shifter throws. Turn the wheel and you experience tight, quick steering with some welcome road feel.

The car reacts immediately to driver inputs as well. That’s to be expected because Porsche engineers had a great starting point when developing the Boxster Spyder. The Boxster’s mid-engine design gives it better balance and even sharper handling than Porsche’s flagship sports car, the 911. By removing weight and firming up the suspension, Porsche was able to make the already joyous Boxster even more fun to drive.

The Spyder dives more readily into turns, reacts a bit quicker in fast changes of direction and stops shorter than other Boxsters. After doing duty in the heavier 911 Carrera S, the brakes have less work to do here; they are easy to modulate and they inspire confidence.

However, the Spyder is also stiffer and the ride is busier than in other Boxsters. Where models without the X73 package tend to smooth out small bumps, the Spyder’s suspension rebounds more quickly, creating occasional bouncing motions that some drivers may find annoying. Surprisingly, however, the Spyder doesn’t pound over sharper bumps. Instead, it reacts with that same type of bouncing motion.

While the Boxster Spyder is the lightest Porsche, the company doesn’t intend it for track duty. Sure, it can handle the rigors of a racetrack, but Porsche reserves the bigger brakes, wider tires, and more advanced suspension technology for the enclosed Cayman GT4.

The fastest, most powerful Boxster ever

That’s not to say that the Boxster Spyder isn’t as quick as the GT4 in a straight line. Boxster fans have wanted Porsche to install the 3.8-liter flat six from the 911 in the Boxster forever, but Porsche has always made sure the less expensive Boxster couldn’t match the performance of the flagship. Now that the 3.8 is giving way to a twin-turbocharged 3.0-liter flat six in the 911, the Boxster finally gets the 3.8, though with 25 fewer horses than it had in the 911 S and 45 fewer ponies than are offered by the new twin-turbo 3.0.

That’s fine with us because the 3.8 still has 45 more horsepower and 30 more pound-feet of torque than the 3.4 in other Boxster models. It also has less weight to motivate, cutting the 0 to 60 mph to just 4.3 seconds. It goes without saying that that figure makes the Spyder the fastest Boxster ever.

Aside from the power, this engine is very linear and tractable. It’s strong from a stop, but what’s more impressive is how the power keeps building. And while the sound is guttural and a little more overt with the exhaust baffles opened up (via an available button on the center console), it’s smooth enough at speed that I found myself cruising along in fourth gear at 4500 rpm on the highway without even noticing the engine whine. That sweet spot on the tach also makes the power incredibly easy to tap into when needed, which is probably the real reason I kept the revs up.

This is the second-generation Boxster Spyder. The first was introduced as a 2011 model, and it featured a multi-piece top that was almost laughable in its complex operation and skimpy coverage. This top is more complex than the power-operated top of the other current Boxsters, but it is much better than the 2011 version. The bra-like top on the last Boxster Spyder could only withstand speeds up to 120 mph and took two to three minutes to put on or take off. This one takes about 30 seconds to operate and the car can be run with the top up all the way to its top speed of 180 mph. It also saves 23 pounds versus the version on the standard Boxster, and that not only shaves weight but also lowers the center of gravity.

The top operation doesn’t really matter because the Boxster Spyder is meant to be driven with the top down, preferably in a friendly climate. If I didn’t have to make a living and I could afford it, I’d spend the $83,005 for a Boxster Spyder, head to Hawaii, and live out my days chilling in paradise. Alas, that’s not in the cards, but anyone can buy a Boxster Spyder and experience a little bit of perfection every time they drive.