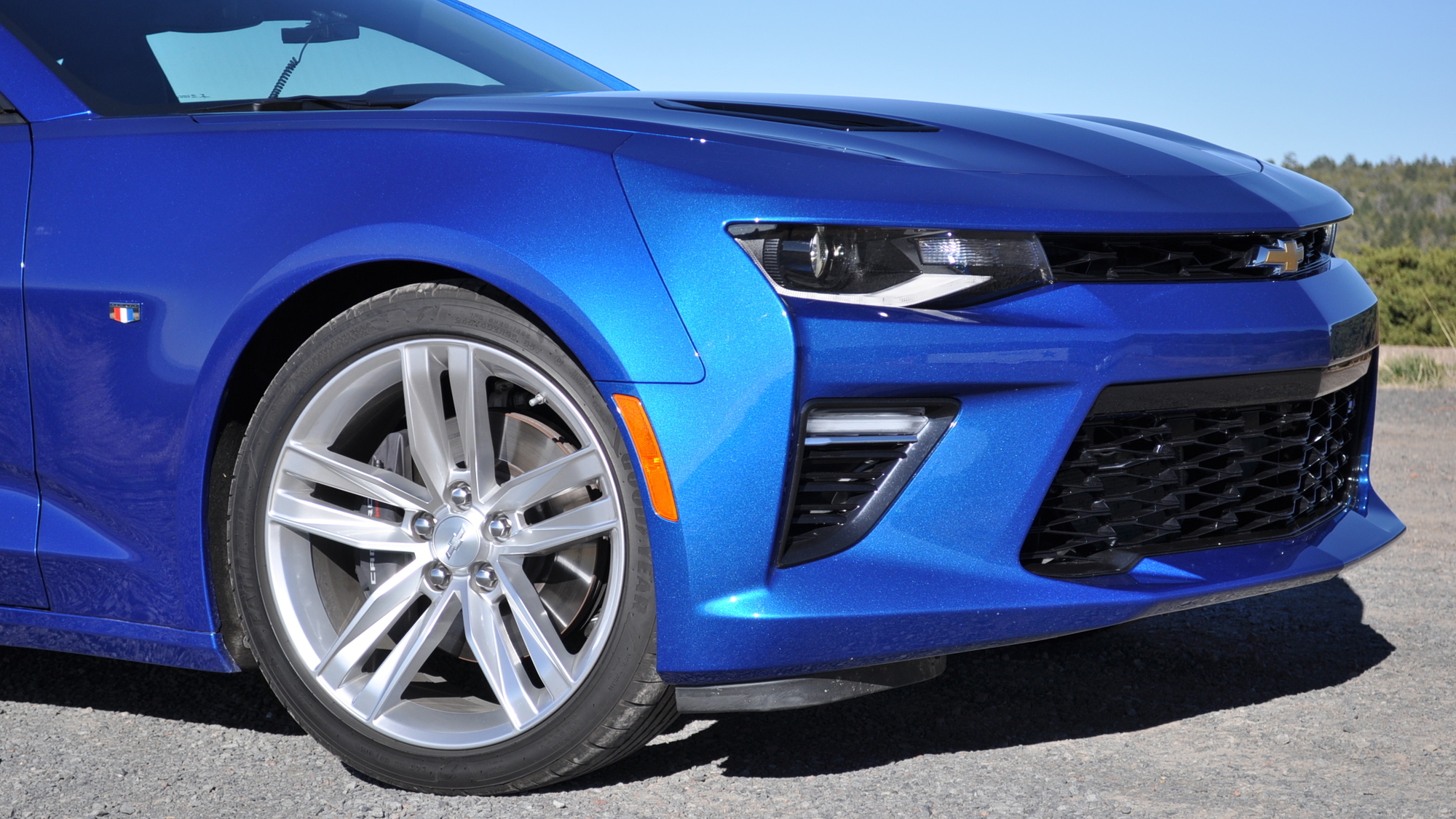 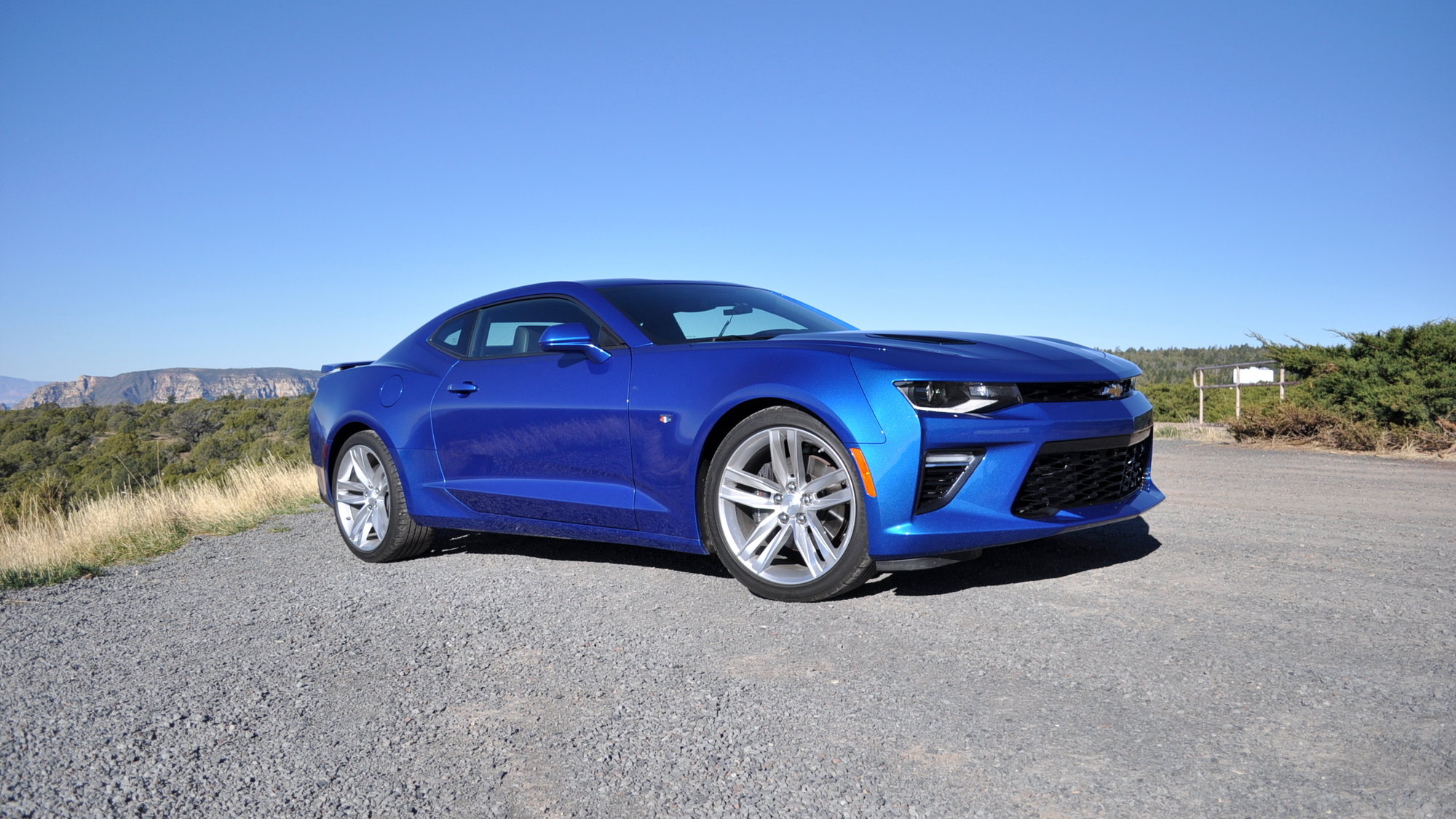 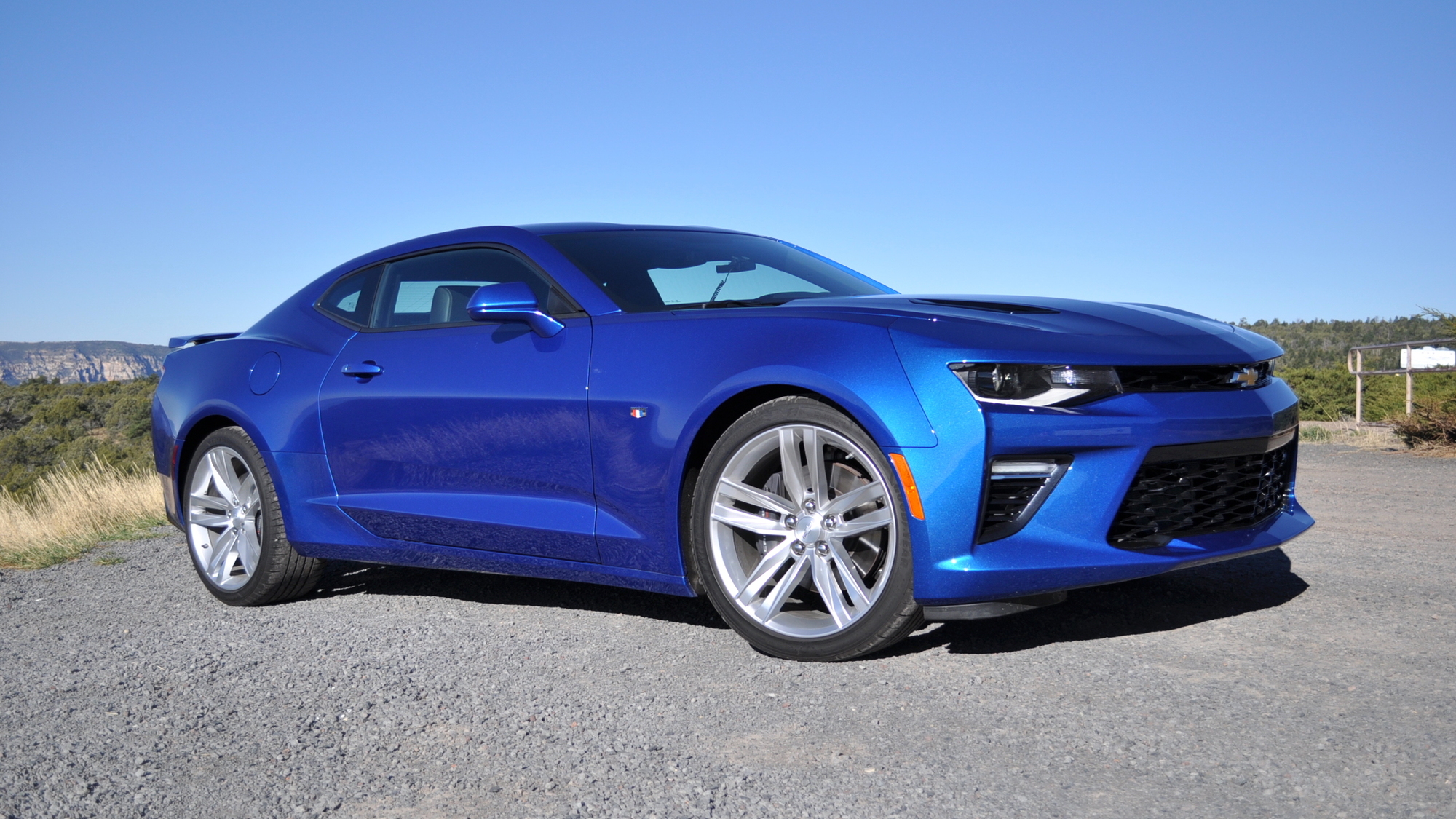 What's a muscle car? What's a pony car? Before you dig too deeply into those car-guy Twitter fights, listen to this.

We took to the canyons of Malibu to find out how the 2016 Chevy Camaro SS has been totally transformed into a car worthy of the sports-car label.

The Camaro's now six generations old, and it doesn't look it. In fact, it doesn't look all that different than it did just last year, even though it's completely new. It's still bulky, still bawdy, it clearly has a dark side.

The menacing looks aren't deceiving. In almost every performance dimension, the Camaro drills into sports-car territory. Skip the 275-horsepower turbo four, even the 335-horsepower mid-range V-6. What you want is the sledgehammer--the Corvette LT1 V-8, stuffed into the Camaro's engine bay, barking out to the tune of 455 horsepower and 455 pound-feet of torque.

It's a sensational powerplant, and it's probably the reason you think the Camaro's still a muscle-bound bully. Zero to 60 happens in four seconds. The quarter-mile evaporates in the low-12-second range. It's astonishing power at an astonishing price.

But here's where the straight-line acceleration takes a turn for the better. Everything about this Camaro is smaller, lighter, more precise than ever. Start with the excellent electric power steering--it's sharp and tracks true even with the stock 20-inch wheels and tires underfoot. The suspension's on loan from Cadillac, with struts and control arms in front, and a five-link rear for excellent transient response and stability. The body's shorter and weighs about 200 pounds less than it did last year.

And for the first time you can order the game-changing magnetic dampers on the Camaro SS. They make all the difference in turning the Camaro into a true sportscar. It just skims over the road instead of pummeling over bad stretches of pavement.

The stance is classic, but the new Camaro's handling is on another level entirely. It's wired to hammer around even tight roads with a fluid, controlled feel. Since it's smaller, it threads its way through hairpins beautifully--the fifth-gen Camaro would be up to its elbows in alternating bouts of understeer and oversteer here. The new one? Ready to flick around corners with a touch of throttle.

You can play with the new driving modes to fine-tune the steering feel, stability control, throttle tip-in and damper firmness. There's a snow mode, a comfortable and livable Tour mode--but I'll confess, I think I've spent almost all my driving time in the SS in Sport and Track modes. Because horsepower is like information, it wants to be free.

The sports-car credentials hold up inside the Camaro, too. Chevy's fixed a lot of what made the last Camaro look cheap. It blends big touchscreens, big digital gauges, air vents that look like Tie Fighters into a fresh look that's going to look good for years.

It's sports-car snug inside, though. The front buckets are comfortable and finally have enough room for a tall driver in a helmet, but the back seat's a tiny, cruel place for people. Even backpacks will complain. Yes, there is a trunk. Let's just leave it at that. Oh, and if you had visions of seeing out the back of this new Camaro...better plan on using the standard rearview camera. A lot.

Now for the bottom line. Camaro prices start at about $27,000. Don't stop there. The Camaro SS is a certifiable bargain at just about $37,000. You'll want to spend more, and it'll be worth it. Add on the magnetic dampers, the blatty dual-mode exhaust, some color-keyed trim, and you're looking at more like $45,000. The stats are similar and still, that's a few thousand dollars shy of where the Shelby GT350 gets started--and far less expensive than the track-tuned GT350R.

The Shelby's a 526-horsepower feast, and for numbers geeks, the 707-horsepower Hellcats rule the spec sheets. But for sheer straight-line performance and convincing sportscar realness, none of those are as big a bargain--as big a win--as the new Camaro SS.