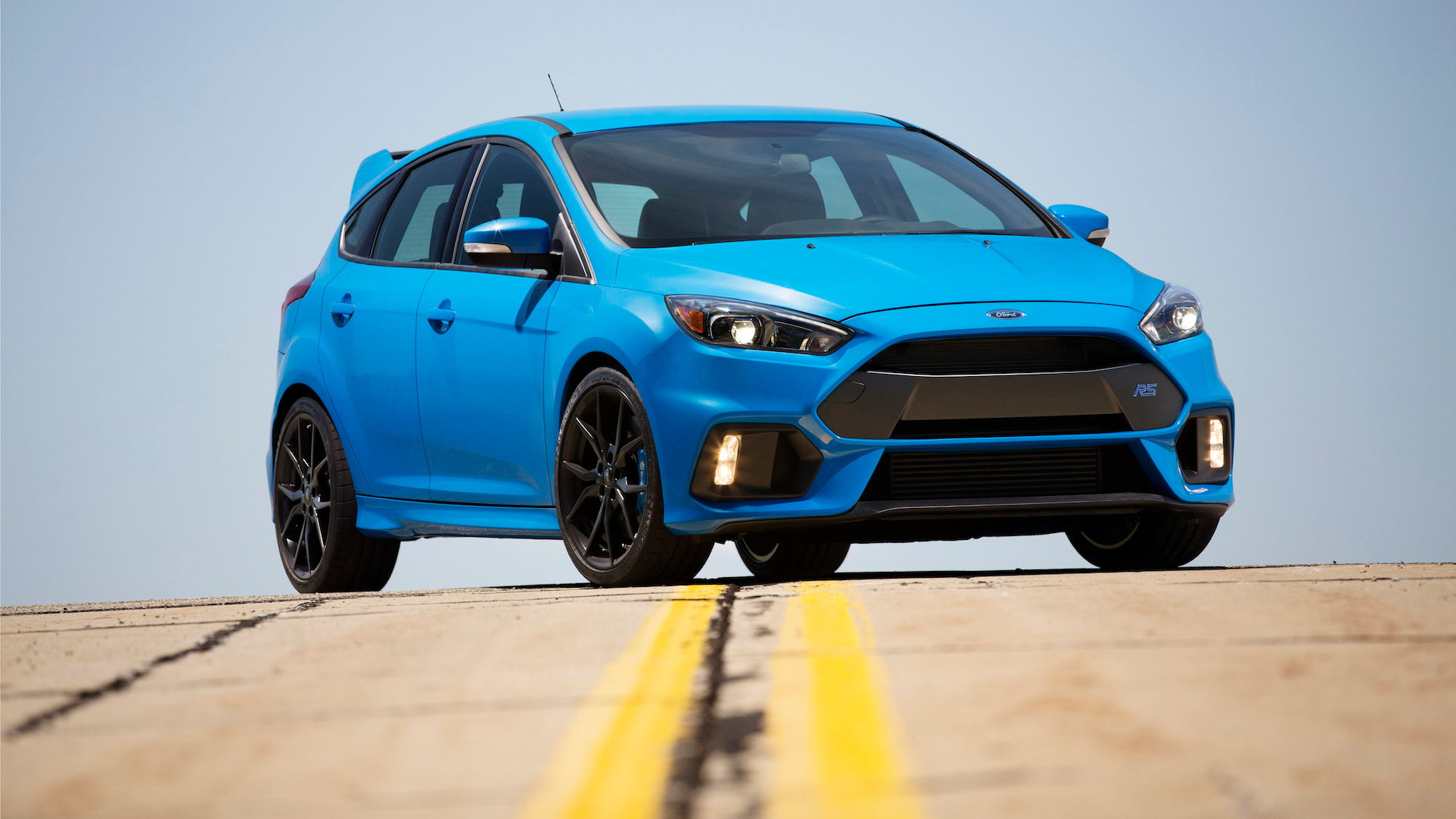 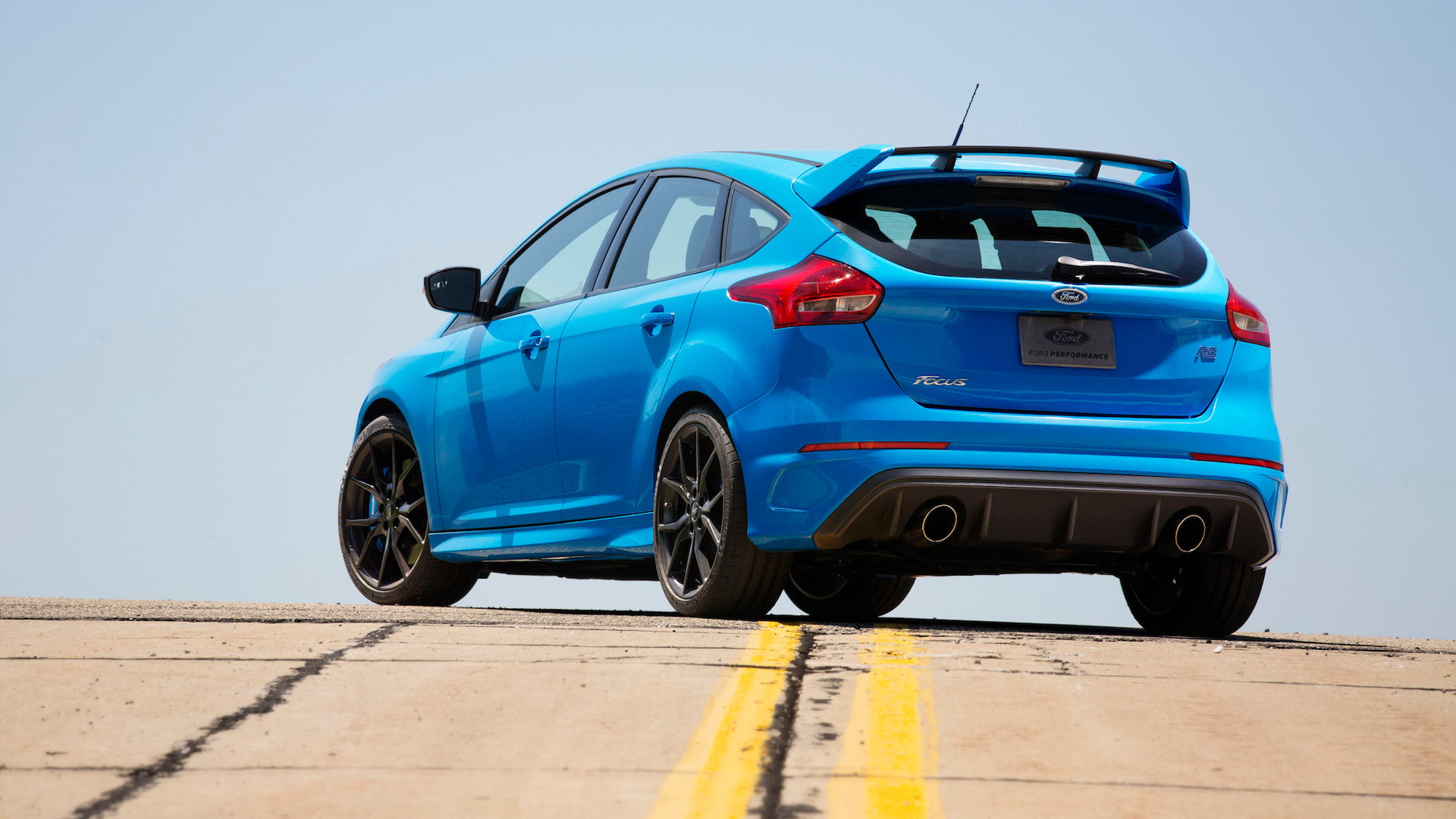 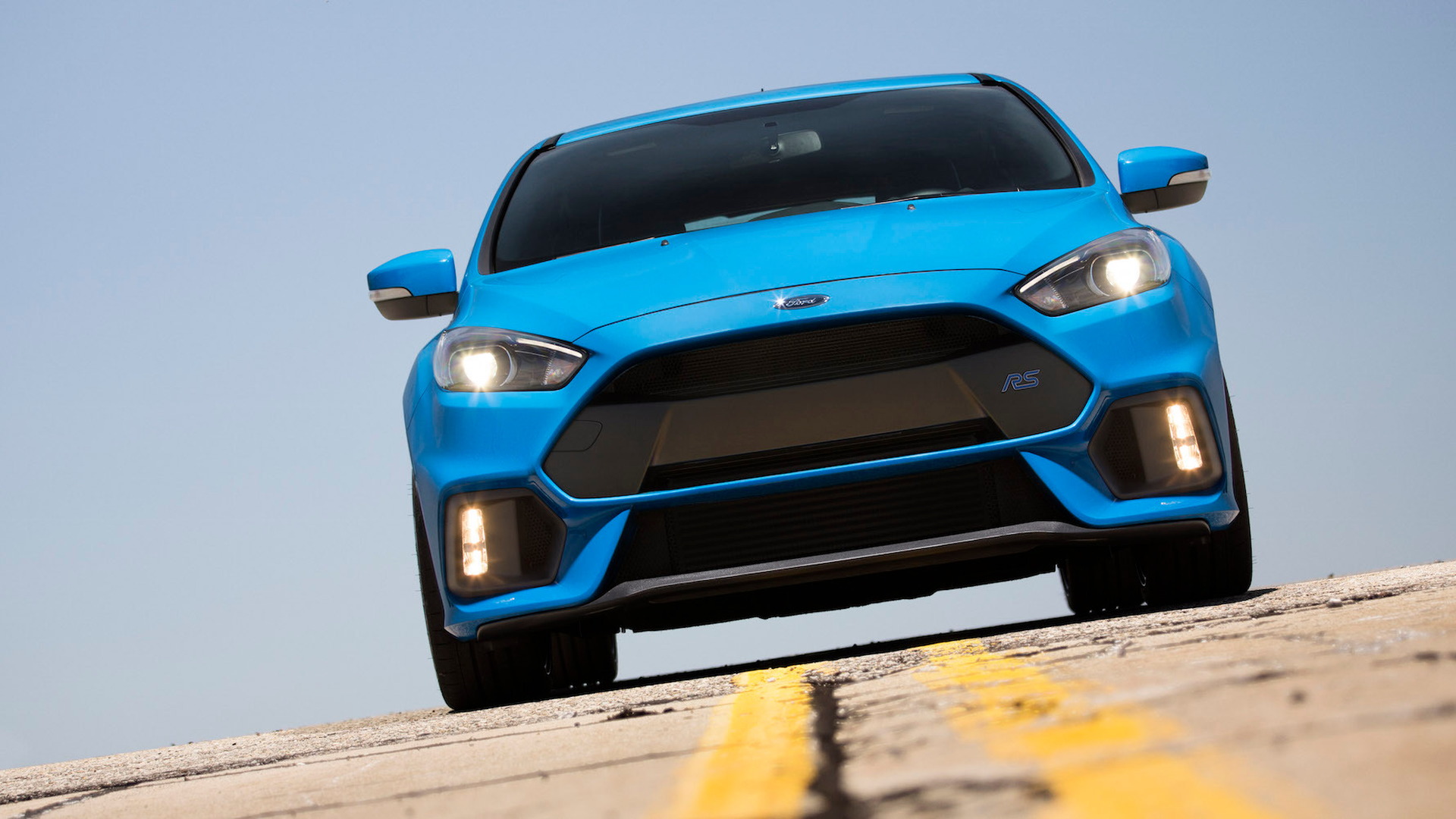 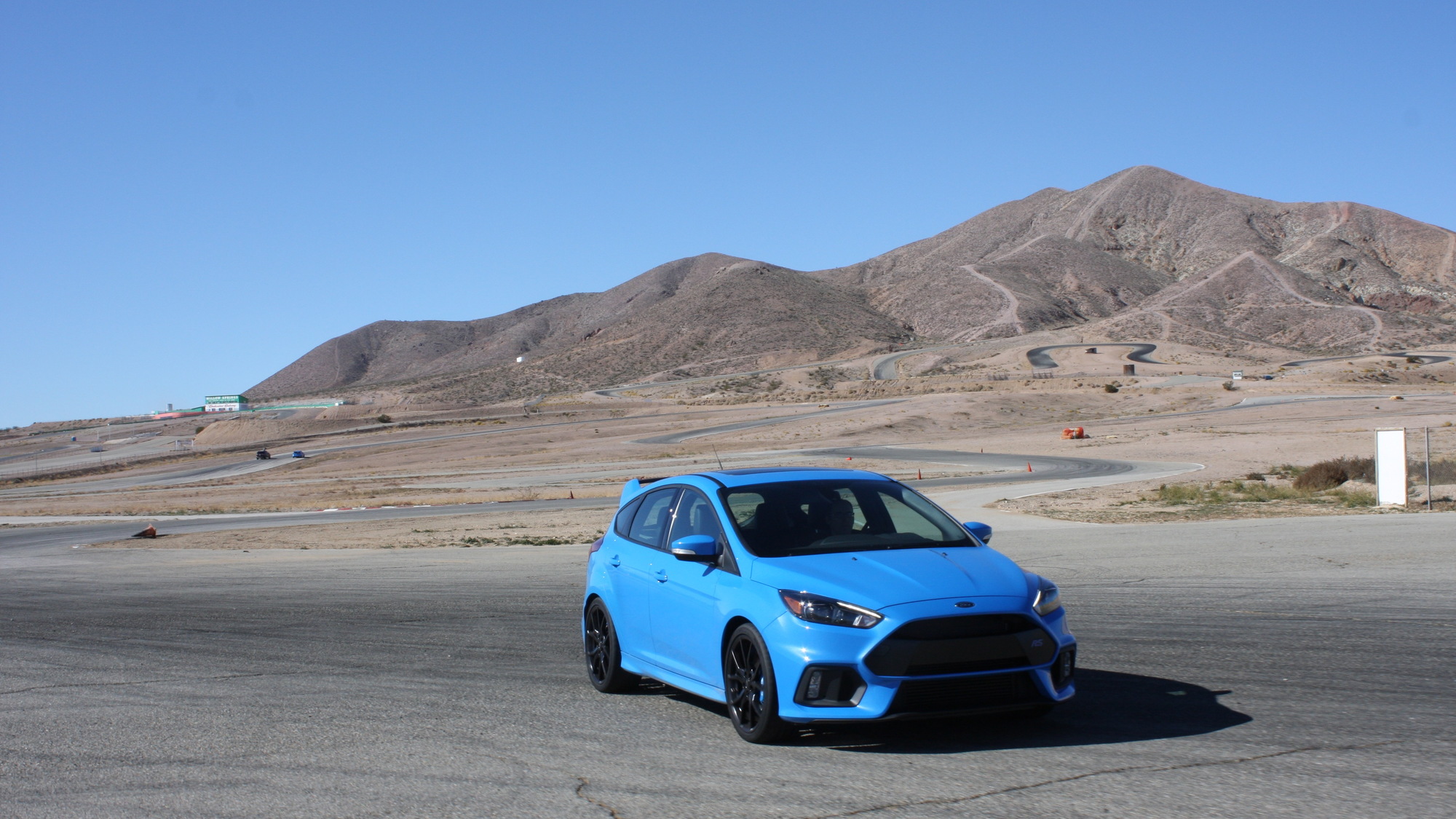 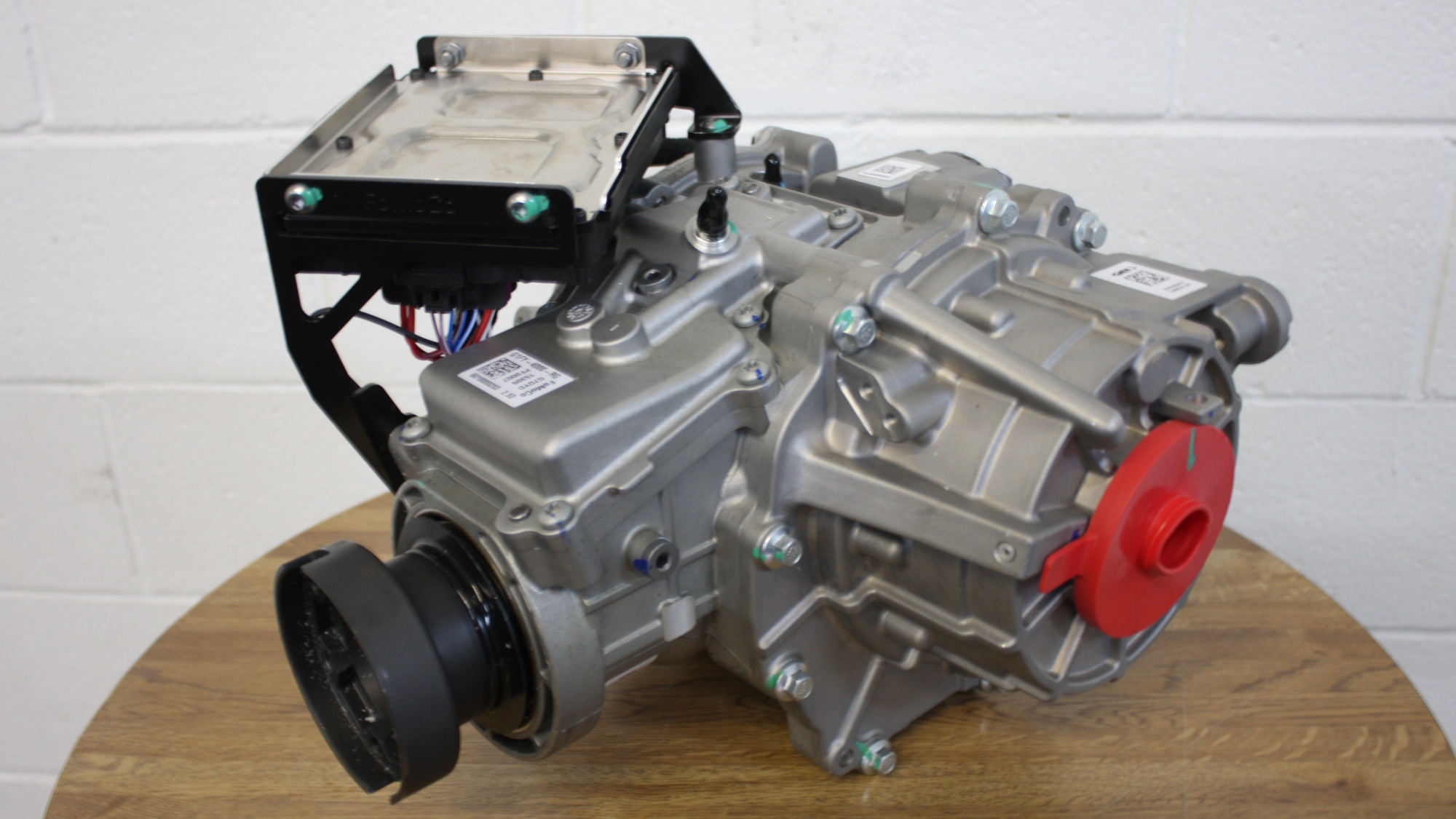 Ford Motor Company [NYSE:F] is in the midst of a run of performance cars like we have never seen before. The Shelby GT350 and GT350R Mustangs are arriving right now. Next up is the all-wheel-drive Focus RS, followed by the SVT Raptor, and then the king of them all, the reborn GT.

The 2016 Focus RS isn't due to hit dealer showrooms until next Spring, but Ford is far enough along in the development process to give journalists rides--though they're not ready to let us take the wheel. In Southern California, just a couple days before the Los Angeles Auto Show, I got the opportunity to ride shotgun while Ford engineer Gene Martindale railed on a prototype on the Streets of Willow road course.

Before I get into my impressions of my three laps in the car, we should take a look at some of the hardware of the fastest Focus ever.

It is powered by a turbocharged 2.3-liter four-cylinder spinning out 23 pounds of boost to develop 350 horsepower and 350 pound-feet of torque. It feeds that power through a six-speed manual transmission to all four wheels via an all-wheel-drive system that can send 100 percent of the power to the front or rear axle. At the rear, Ford fits the RS with an electronically operated dual-clutch torque vectoring system that can overdrive the outside rear wheel in a turn.

To get the desired levels of performance, significantly above the 252-horsepower Focus ST, Ford strengthened the body, focusing on the extra stress that would be put on the rear end. With that in mind, engineers added a "lion's foot" rear crossmember, structural foam in the chassis rails, and an additional brace at each rear wheel. Ford says these changes improve torsional stiffness by 23 percent over the base car and nine percent over the ST.

The standard tires are 19-inch Michelin Pilot Super Sports, and Pilot Sport Cup 2s are offered in the Track Package (along with those blue calipers).

Animations of the Focus RS's hardware and systems can be seen in the accompanying video.

And now some observations:

It should really rotate. Anyone who has taken a Focus ST on an autocross knows that that car's rear end is more willing to come around than just about any front-drive car on the planet. Dive into a corner, pitch the car sideways, and you'll have to catch it before the rear end gets in front of you. That's probably made possible by a really stiff rear stabilizer bar, but the RS has much more going for it. Its rear end structure is stiffer, and the torque vectoring system can send the rear end off in new directions. The RS will almost certainly rotate. My only question is: How easy will it be to control once it does?

It will be a dual threat. My laps were taken in a car with the Track Package and its sticky Michelin Sport Cup 2 tires, and the driver, Gene Martindale, had the car set to Track mode. With this setup, the RS will turn in its best lap times. The tires will provide plenty of grip, the engine, suspension, and steering will be set for the quickest responses, and the torque vectoring system will help the vehicle rotate through sharp corners. Even in this ultra traction mode, Martindale and the other Ford drivers were able to get the rear end to kick out and maintain some short drifts.

However, this won't be the ideal setup for drifting. That would require the Drift mode and the base tires. The base tires will give up grip much sooner, and Drift mode will A) overdrive that outside rear wheel more readily to help induce oversteer, and B) program the stability control to allow the rear end to hang out without pulling it back on course. If you are considering a Focus RS, you'll want to decide how you want to drive it. If drifting is the goal, the base car works just fine. If track times are important, go for the Track Package.

It will sound good and be plenty quick. Ford is quoting a 0 to 60 mph time of 4.7 seconds, which encroaches on V-8 territory. With all-wheel drive and a Launch Control feature, it will be quite easy to achieve that number. Though I wasn't in the driver's seat, I could feel the car pull strongly from a stop and out of corners. Ford has programmed the exhaust to pop and crackle when you let off the gas, which really sounds cool. However, the muffling effect of turbos just won't let this car sound as mean as V-8-powered Fords.

I can't wait to drive it. Ford will have a drive program for the reborn RS closer to its Spring 2016 launch. I'm hoping journalists get to experience it on a road course, an autocross, and a drift pad (i.e. a big empty tarmac). That's three kinds of fun that should be enabled by one car. Stay tuned to read how it performs once we get it into our greedy hands