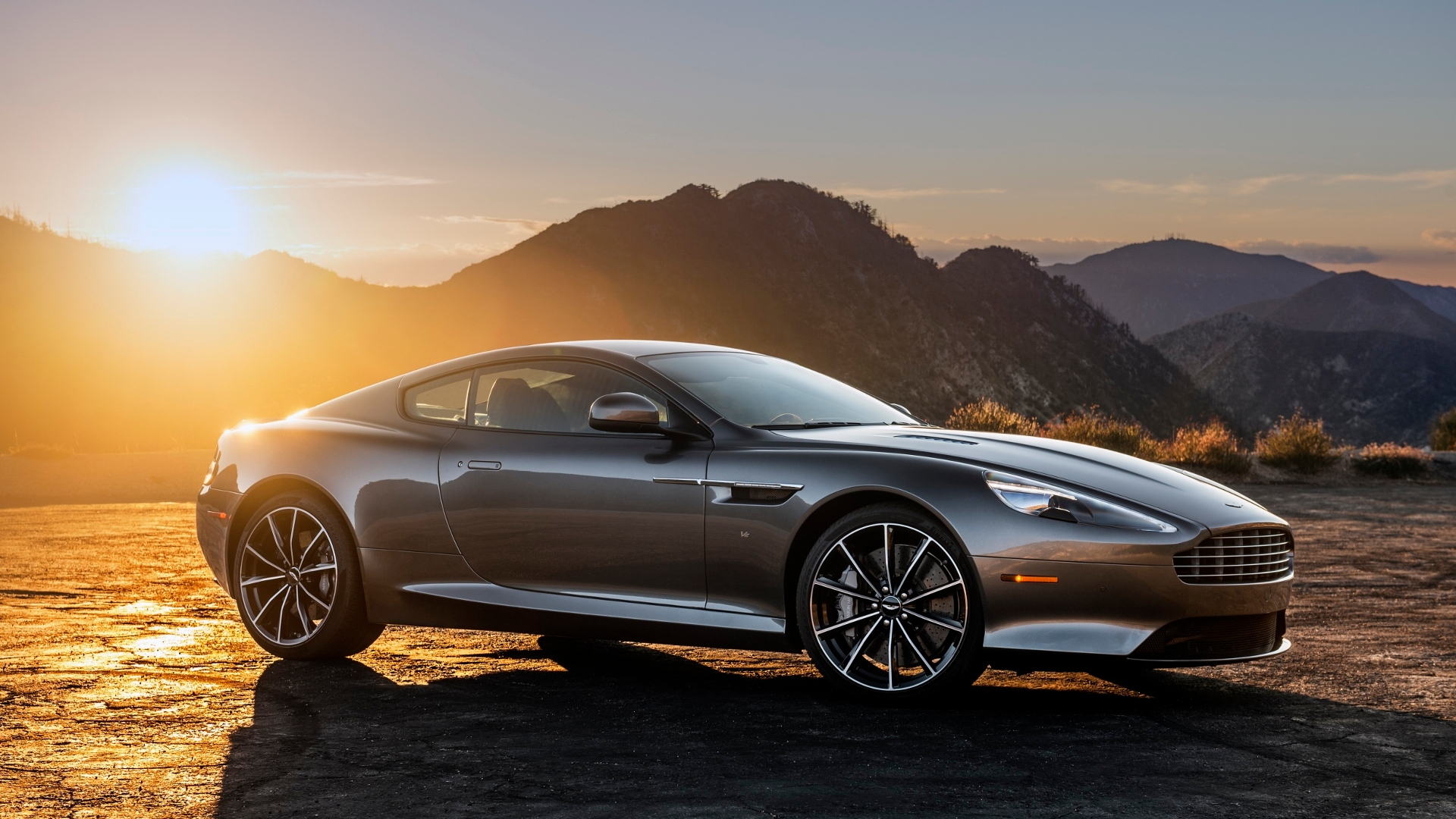 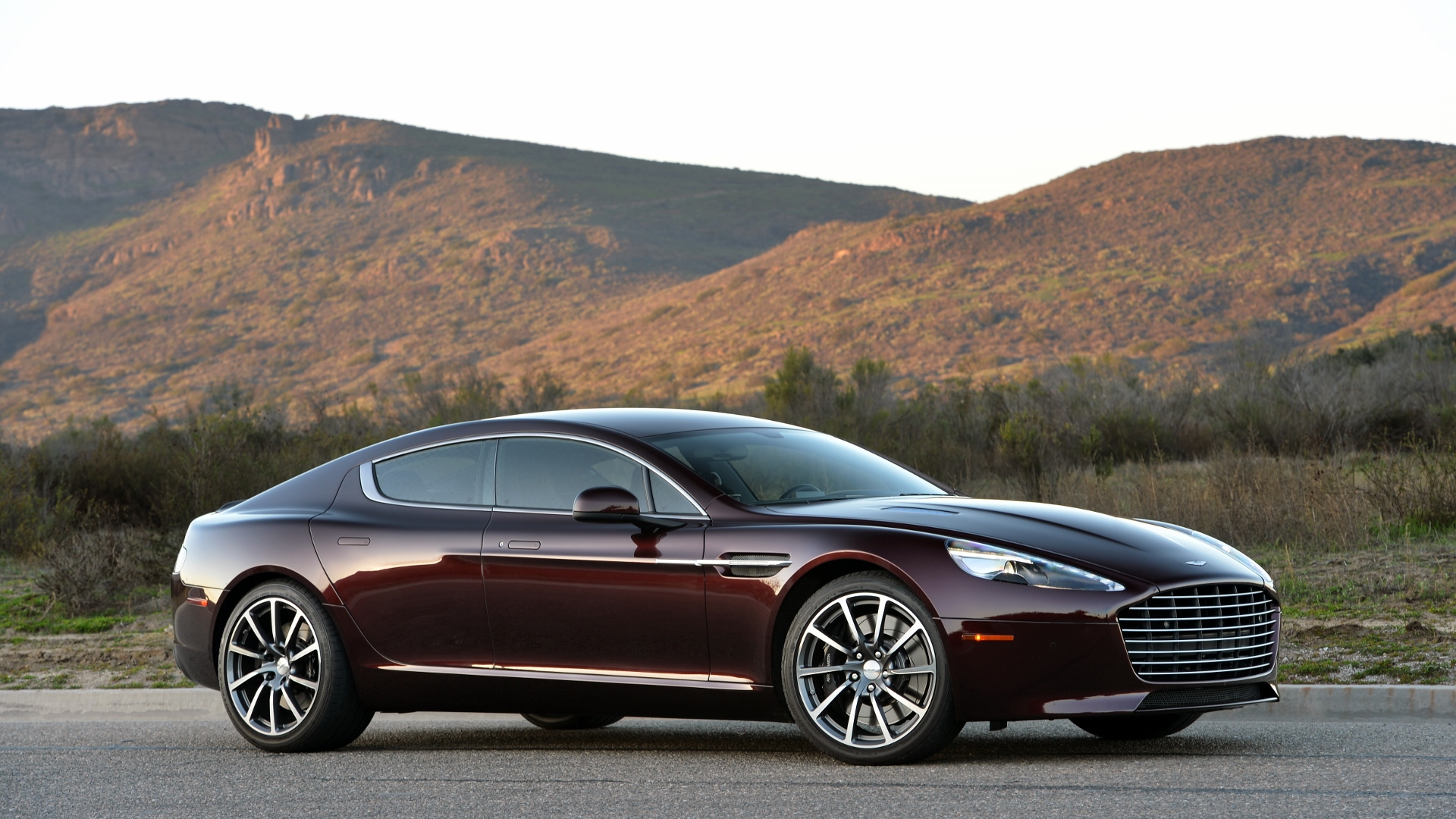 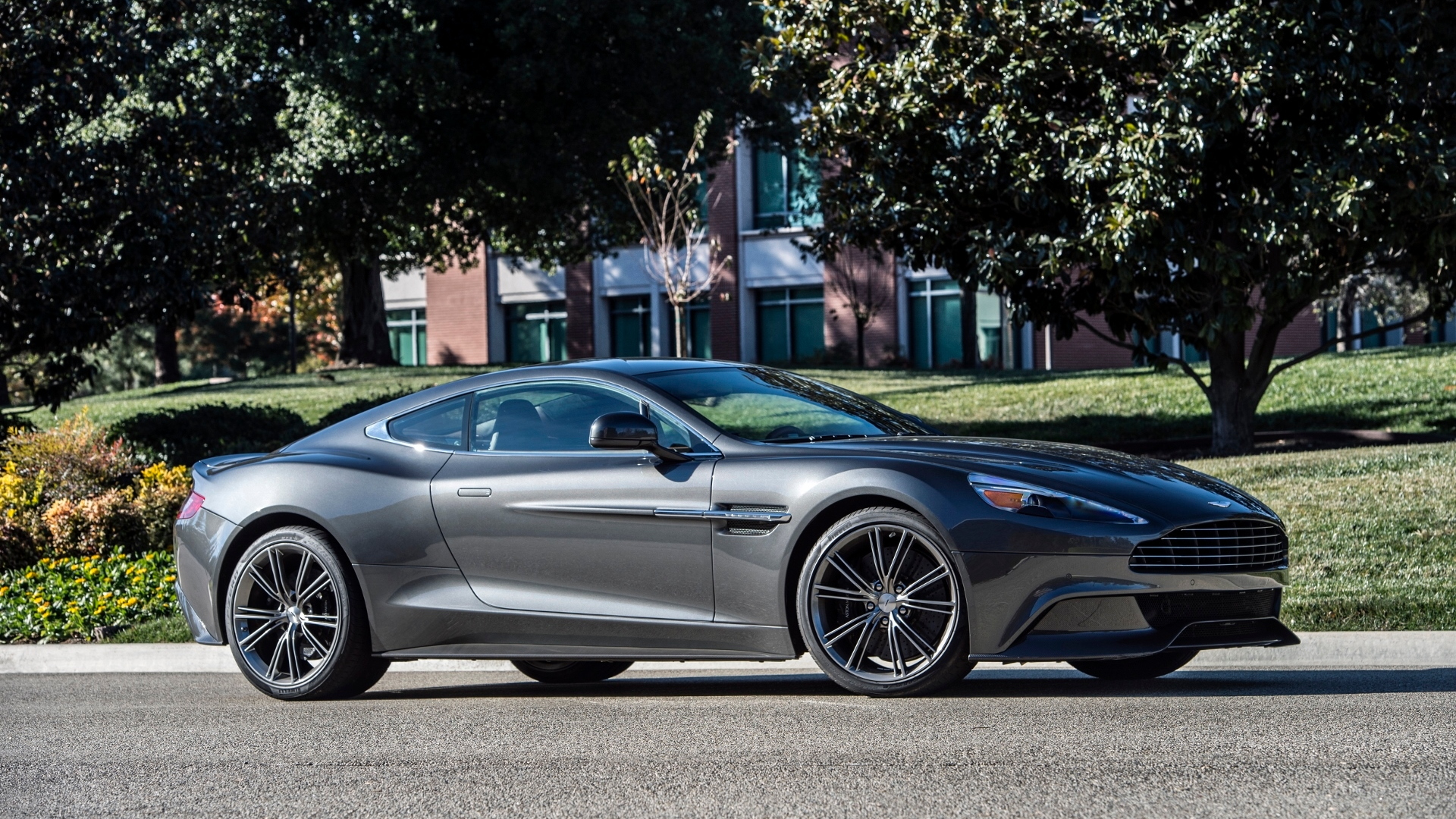 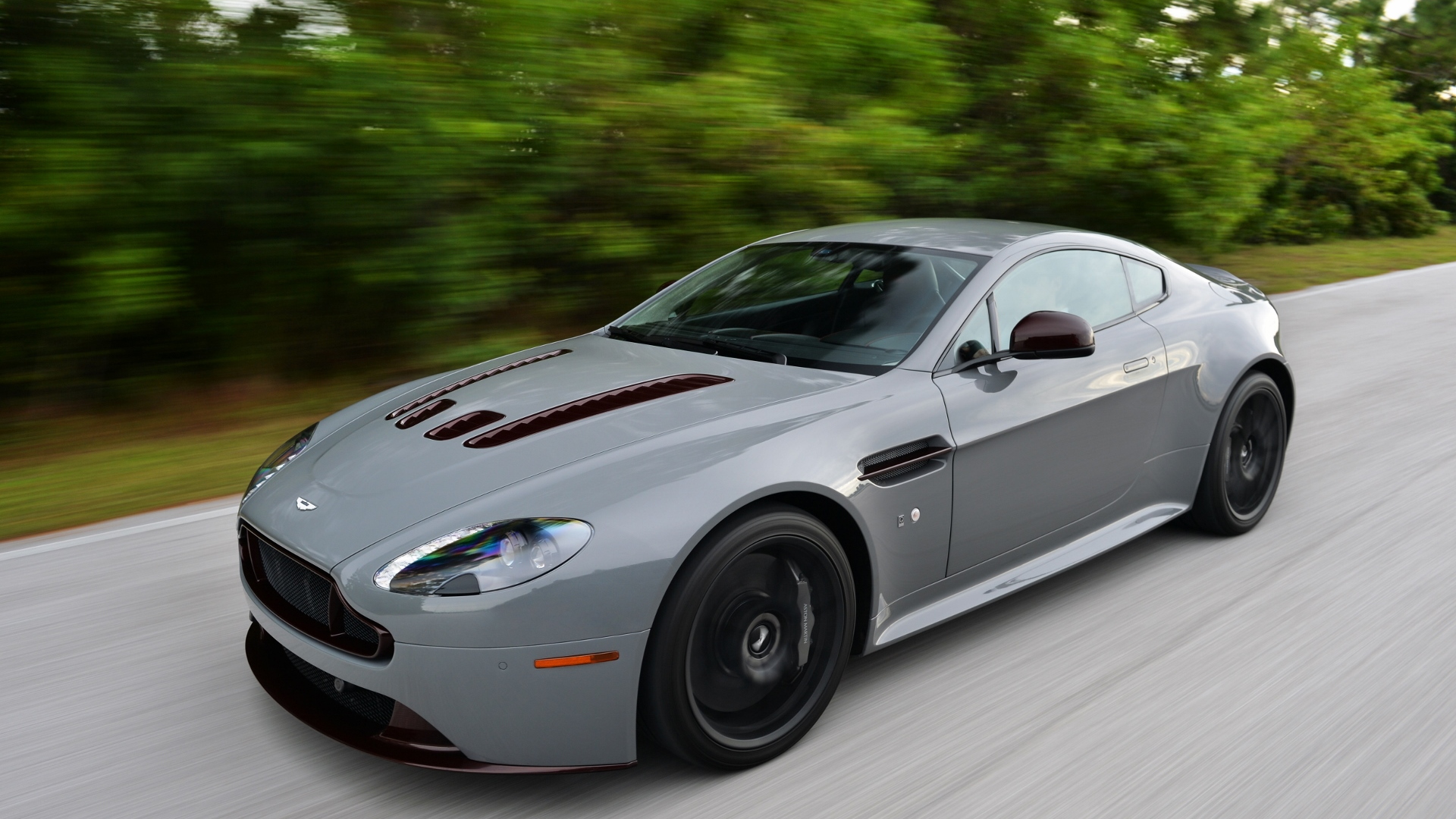 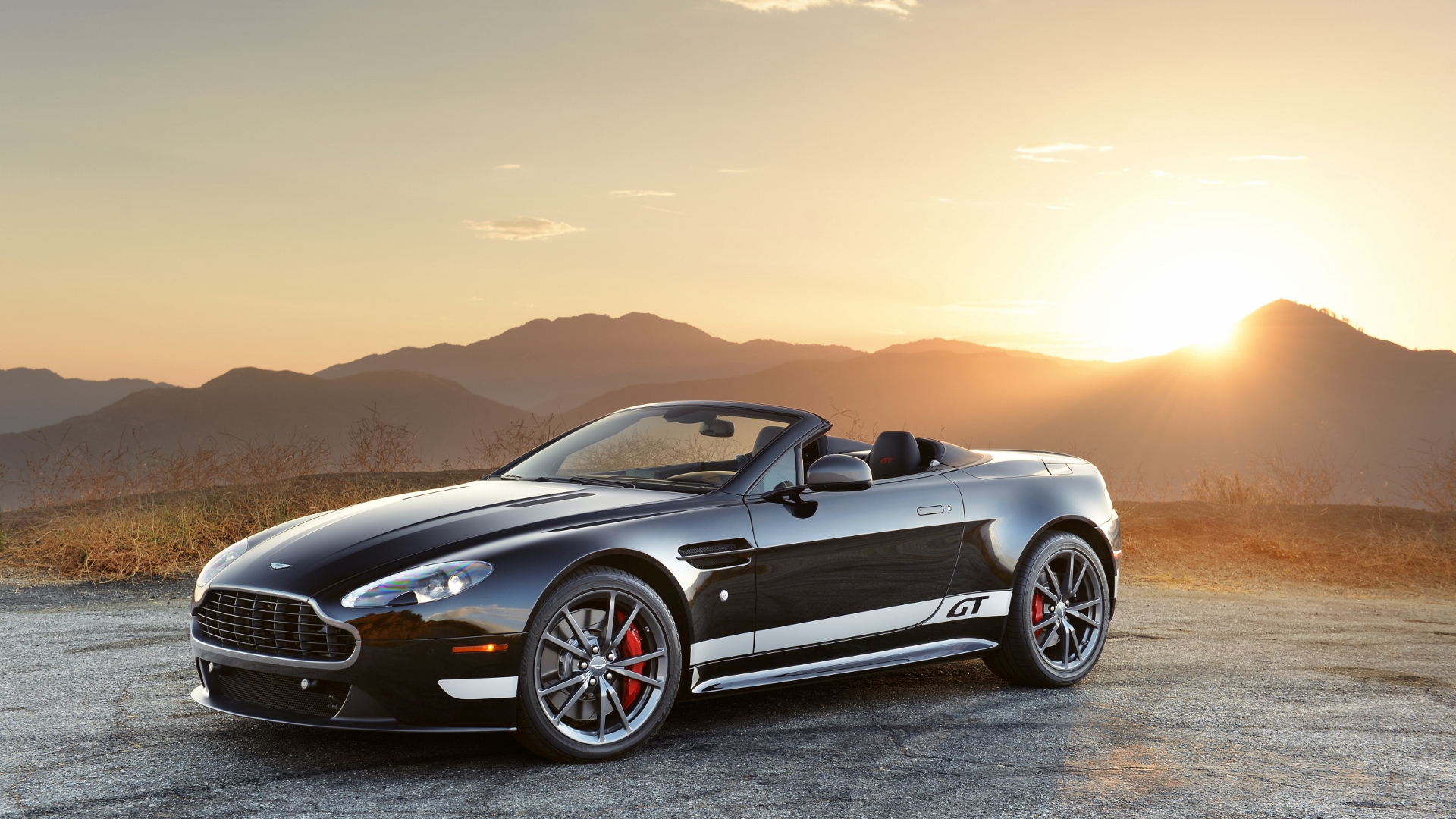 You don’t buy an Aston Martin if you are looking for the best sports car for the money. Several more mainstream brands build cars that are more reliable and less expensive while delivering as much or more performance. Instead, you buy an Aston Martin because you want that beauty in your life. Yes, you are getting a world-class sports car or a grand tourer, but what you are really buying is a work of automotive art.

All of the Aston Martin models are based on the brand’s VH platform that features a bonded aluminum structure. An alloy torque tube running down the middle houses a carbon fiber driveshaft and gives strength to the platform. Most of the models use a 5.9-liter V-12 engine, with horsepower figures ranging from 540 to 568, though the entry-level Vantage is also offered with a 4.7-liter V-8 that makes 420 horsepower in the base model and 430 horses in the S and GT.

I’ve had very little exposure to Aston Martins. I’ve managed to get behind the wheel of a Rapide and a now-discontinued Virage in the past, but I’ve never really lived with these cars. That all changed last week when I took a crash course in Aston Martin at a media event in Westlake Village, California. Situated near the Santa Monica Mountains, the location proved a perfect place to test the handling and responsiveness of England’s most beautiful super sports cars. Aside from the limited edition Vulcan, which isn’t even legal on the street, I had access to the entire product range. Here are my thoughts on each.

I started the day in the biggest, heaviest car I could, the four-door Rapide. Like the rest of the Aston Martin lineup, getting in and out of the Rapide requires a step across a wide sill that says this car cares more about structural rigidity and therefore dynamics than comfort.

Unlike the rest of the lineup, the Rapide has two usable rear seats, though they are cramped and their raiser outboard seating position makes occupants feel like gargoyles perched behind the driver.

Despite the four-seat capacity, 552-horsepower V-12-powered the Rapide is a true 200-plus mph sports car. The overall feel is firm and responsive. The steering is heavily weighted but direct, the cornering attitude is flat, and the road manners are planted and stable. However, during my morning drive, I found that the Rapide doesn’t play too well on tight mountain switchbacks. On several occasions the front end started to push forward (understeer) rather than rotate and the stability control system had to step in to bring the car back on its intended path. I attribute that to a combination of the cold tires and the Rapide’s long wheelbase.

The flipside to that performance is a lack of comfort and convenience. In addition to a relative lack of space, the rear window is just a slit, and the adjustable suspension feels stiff in the base setting and stiffer yet in Sport mode. This is a great car to drive on smooth roads, but you’d probably grow weary of it on rough roads. If you are looking for space to go with performance, the Porsche Panamera is a better, but far less attractive, choice.

The DB cars have been the backbone of the Aston Martin lineup since the early 1950s, and the DB9 has carried on that tradition with style. As it nears replacement next year, the DB9 becomes the DB9 GT for 2016 while getting some extensive upgrades. The output of the 5.9-liter V-12 increases from 510 to 540 horsepower, and the interior changes over to the AMi II touch-sensitive infotainment system. On the outside, the DB9 GT also gets black paint on the splitter and diffuser, revised headlights and taillights, new 10-spoke 20-inch wheels, and black anodized brake calipers.

From behind the wheel, this 2+2 ground tourer is different than any car you've ever driven. The steering is firmer and quicker than anything this side of a race car. The carbon ceramic brakes are so strong that they grab quickly and stop you short if you don't feather them just right. In the European tradition, they also squeak, which Americans will find annoying.

Like other Aston Martins, the DB9 GT sends its power to a rear transaxle, via a carbon fiber driveshaft. The transmission is a six-speed automatic that is fairly responsive but doesn’t deliver the quick, crisp shifts of competitors’ dual-clutch gearboxes. With the engine set back in a front-mid-engine design and the transmission's weight on the rear axle, the DB9 GT has a near perfect front-to-rear weight balance.

Hustling through the Santa Monica Mountain roads, the DB9 GT rotated far more willingly than the Rapide. After some initial trepidation, I got into a nice rhythm and played around with kicking the tail out in sharp corners. The car responded predictably, and provided a lot of feedback. Those are two traits you want in a grand tourer.

The Vanquish is basically the DB9 turned up to 11. The 5.9-liter V-12 has 28 more horsepower (for a total of 568), the body is carbon fiber, the transmission is a ZF eight-speed automatic instead of the six-speed, and the car is outfitted with a host of extra features. It is odd, however, that Aston Martin uses a Garmin navigation system. The small screen and cartoonish graphics look out of place in such an expensive car.

All those changes make it the best Aston Martin to drive. The eight-speed is more responsive than the six-speed, though it still doesn’t hold low gears as long as the Porsche and BMW dual-clutch transmissions when they are set to Sport Plus mode. Aston Martin says that is part of the driving experience, though. The engine is never on boil at high rpms, and the power doesn’t punch you in the gut despite 12 willing cylinders. Instead, the power builds, yielding a feeling of thrust, which the British appear to think is more elegant than getting knocked back into your seat. The V-12 is also one of the best sounding engines on the market, emitting a howl that will make onlookers think there’s a race car in the area.

From behind the wheel, you can start to see why this car costs close to $300,000. The interior is built by hand, not robots like most mainstream brands. The materials are of the highest quality, too, with soft leather, carbon fiber, and aluminum. Aston Martin says over a million stitches go into the interior of each Vanquish. It also features the squared off steering wheel from the ultra-exclusive One 77. Some find it odd, but I think it's cool.

Wider stickier tires are also part of the package. These Pirelli P Zeroes have a sticker compound than the P Zeroes on the DB9 GT and they are 10 mm wider front and rear, giving the Vanquish more grip through corners and from a stop. That added grip, teamed with the extra rigidity of the carbon fiber body, makes the Vanquish the best Aston Martin to drive on a racetrack. The additional equipment, long wheelbase, and adaptive dampers also make it the best everyday driver.

The V12 Vantage employs the same philosophy as American muscle cars of the 1960s: stuff your biggest engine in your smallest car and turn it into a hot rod. In this case, that means 12 British cylinders living under the bonnet of the brand’s two-seat coupe and roadster. And the engine isn’t dumbed down, either. With 565 horses on tap, it can push this car to a top speed of 205 mph, making it the fastest model in the range.

There is one problem, though, and Aston calls it the Sportshift II automated manual transmission. With a single clutch, the transmission pauses between gears like a regular manual would when you depress the clutch. The problem is that you don’t work the clutch, so you don’t know when the gear changes are coming and the car falls flat on its face between gears. It’s a disconcerting feeling that most brands have fixed with a dual-clutch transmission. It’s about time Aston Martin gets in on that trend, or at least gives the Vantage a traditional automatic like the rest of the lineup.

With all that weight stuffed under the hood, you would think the V12 Vantage would understeer like the family Camry. Thankfully, it doesn’t. The front midship design keeps enough of the engine behind the front axle to make this car rotate willingly. Team that with the shortest wheelbase in the lineup, and the V12 Vantage is the best Aston Martin for carving tight canyon roads. Turn those corners into gentler sweepers, though, and the Vanquish is the best performer.

The least expensive model in the Aston Martin lineup is the V8 Vantage GT. It starts at $105,000 for the coupe and $119,500 for the roadster. That puts it squarely in Porsche 911 territory, but again, the Porsche is the wiser buy.

That’s not to say that the V8 Vantage doesn’t have its charms. The 4.7-liter V-8 engine is powerful for its size, putting out 430 horsepower, or 91.5 horsepower per liter. Like the V-12, the V-8 makes great race car noises, too. Aston Martin really knows how to make an engine sing. Of course, the power isn’t nearly as willing as the V-12, but 0 to 60 mph still arrives in less than five seconds. In the near future, this engine will be replaced by the Mercedes-AMG twin-turbocharged 4.0-liter V-8. That engine promises more power with equally seductive sounds.

The Vantage is the one car in the lineup that offers a manual transmission. It’s a smooth shifting six-speed that lets you tap into the power as you see fit. Unfortunately, the clutch had been abused in the car I drove and I was unable to make any fast starts. The other option is the aforementioned seven-speed automated manual, which I don’t recommend.

Both the V8 and V12 Vantage suffer from a bouncy ride. That’s because, as two-seaters, the rear wheels are much closer to the seating position and that makes the occupants feel every bump and rut that the rear tires encounter.

The body, however, if quite strong. There is just a hint of cowl shake, but even late in its product cycle the roadster body maintains excellent rigidity. That makes the handling almost as good as the coupe’s, and qualifies the V8 Vantage roadster as a true sports car.