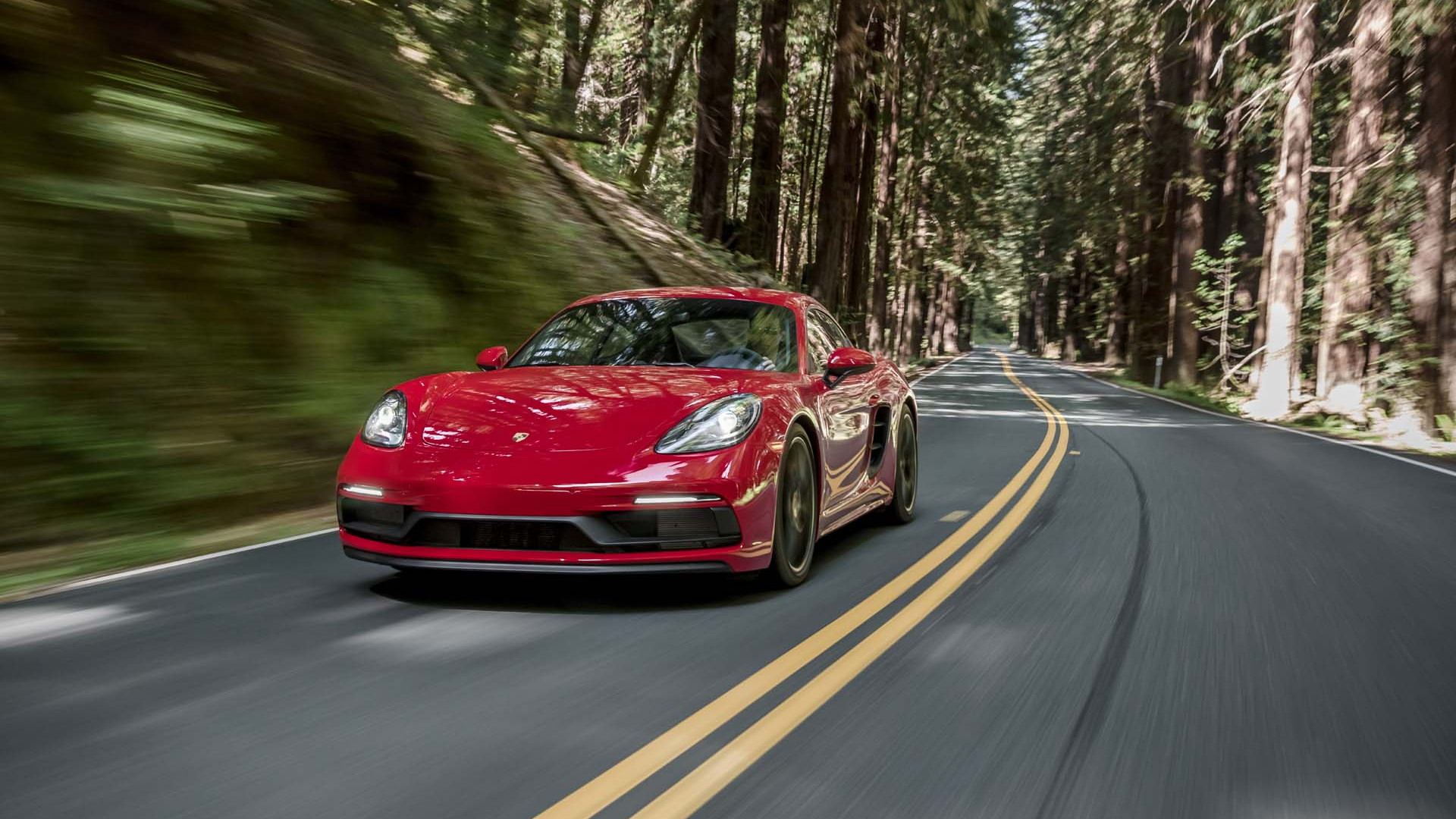 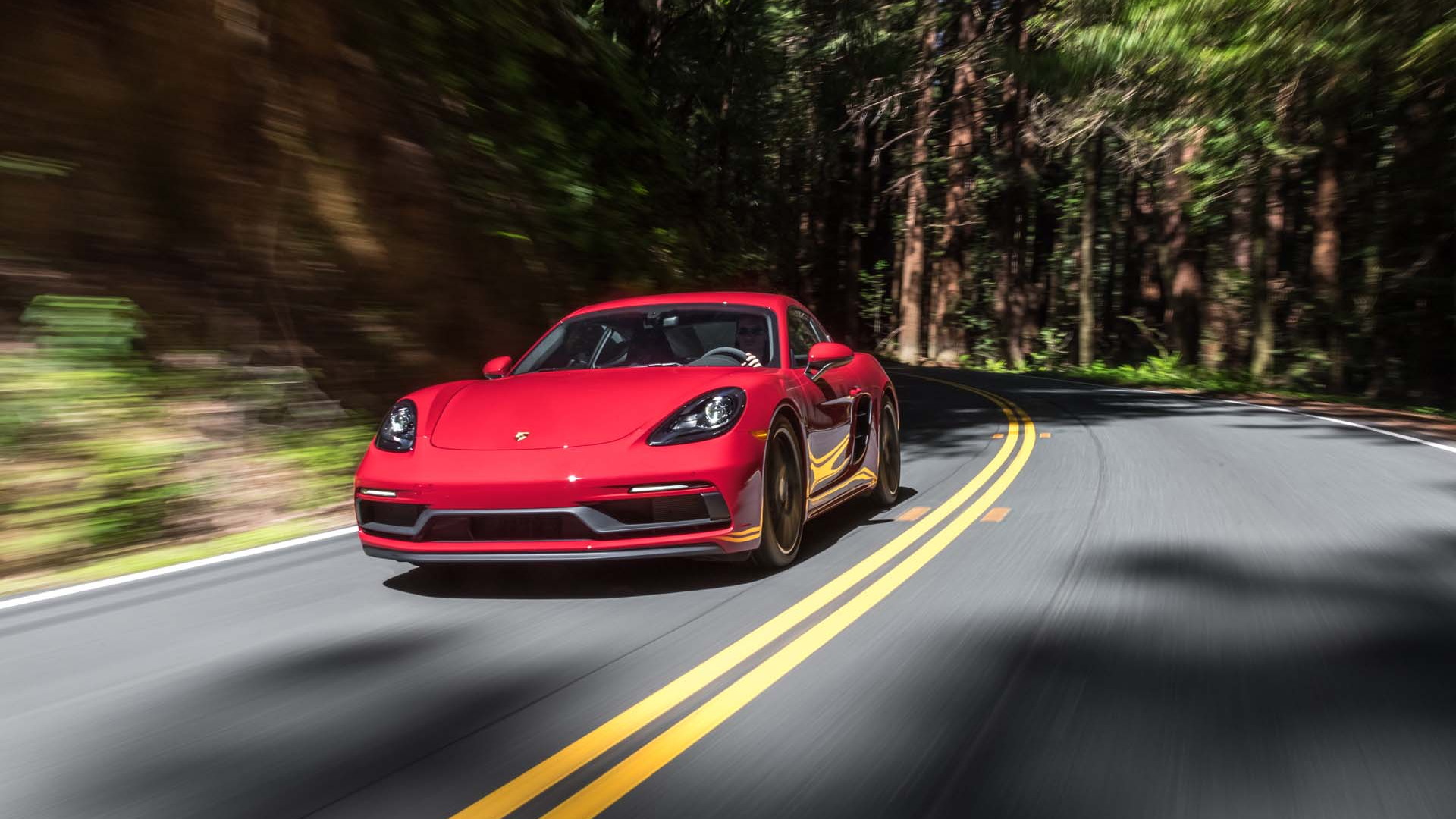 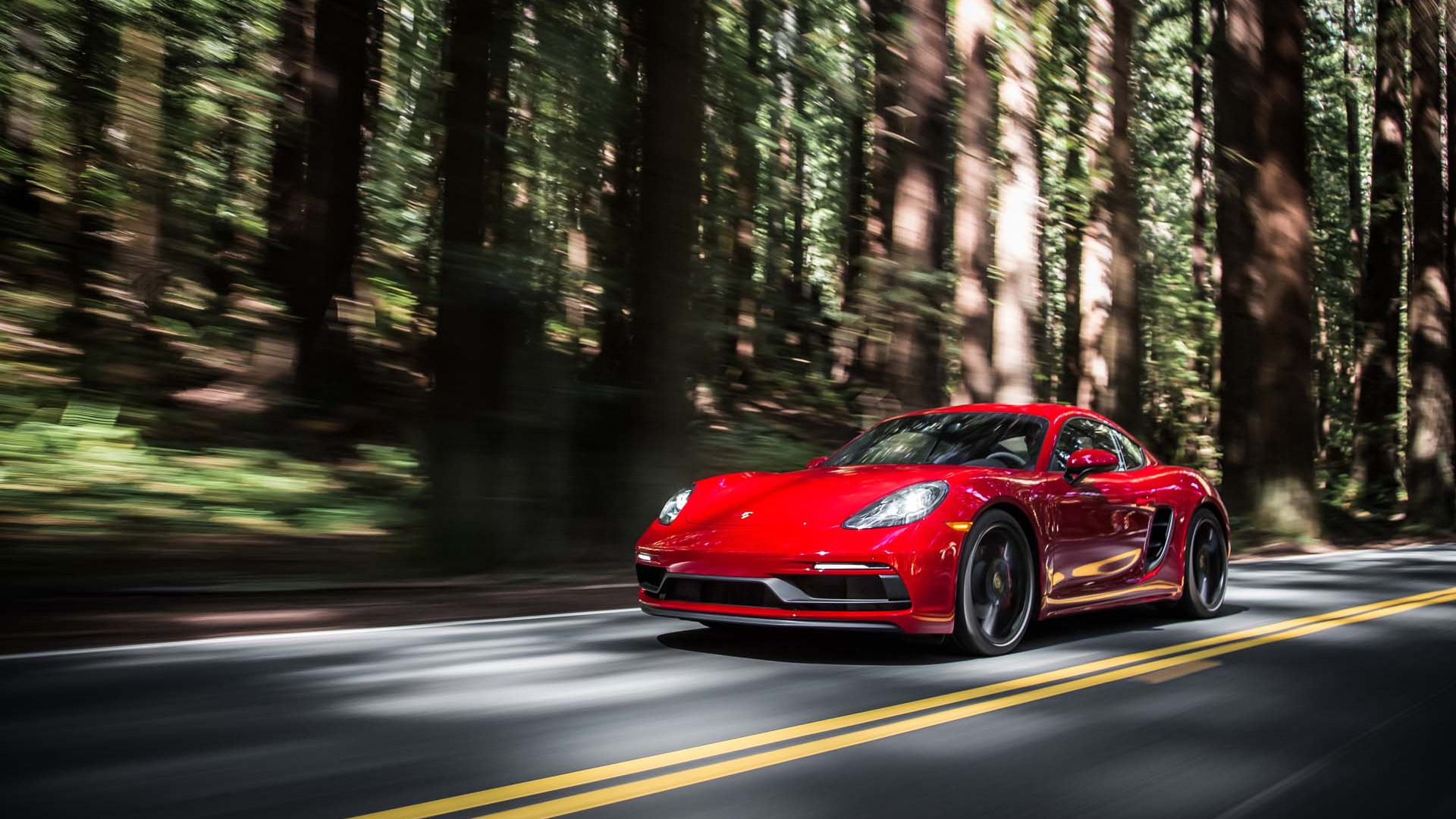 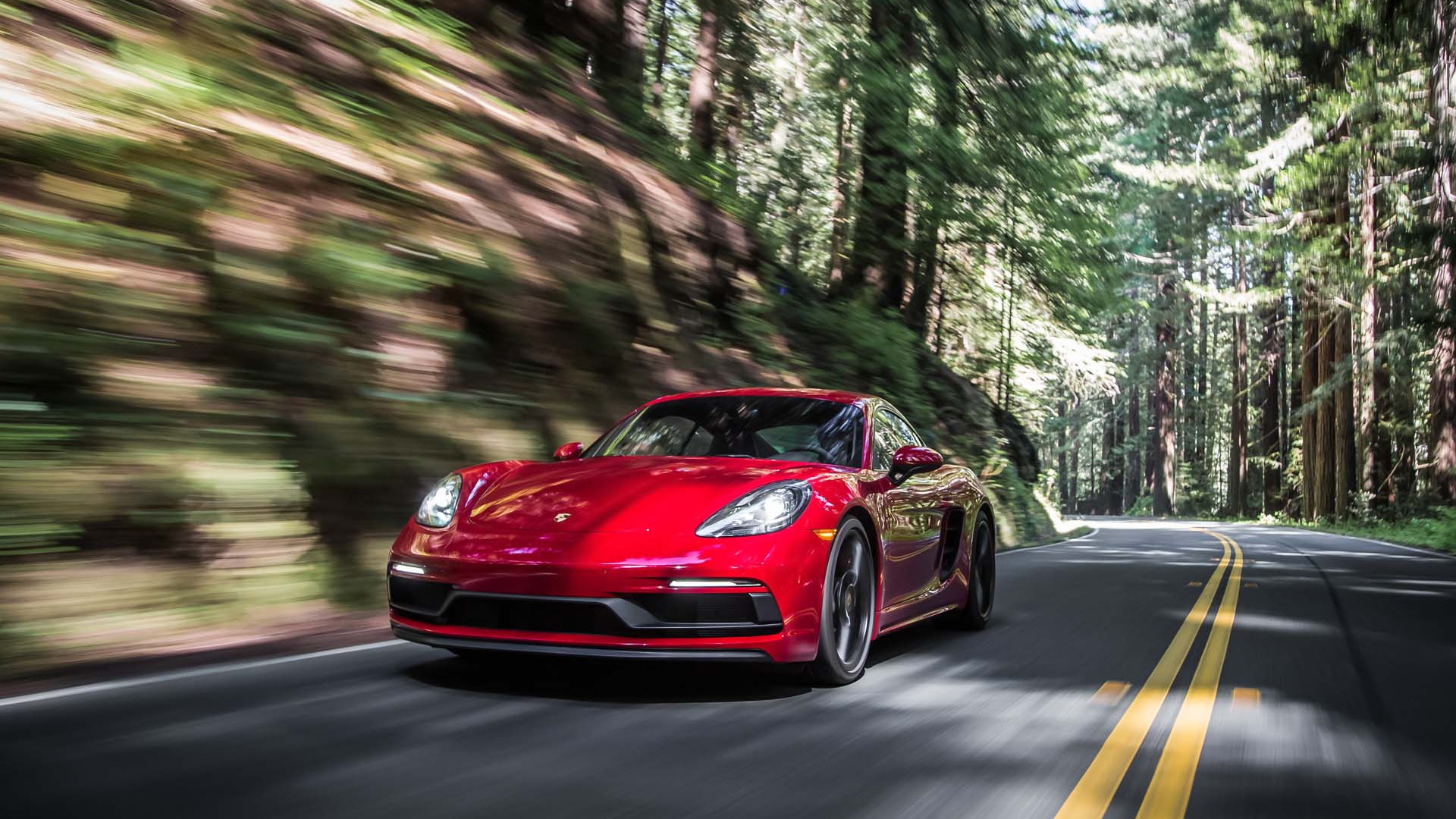 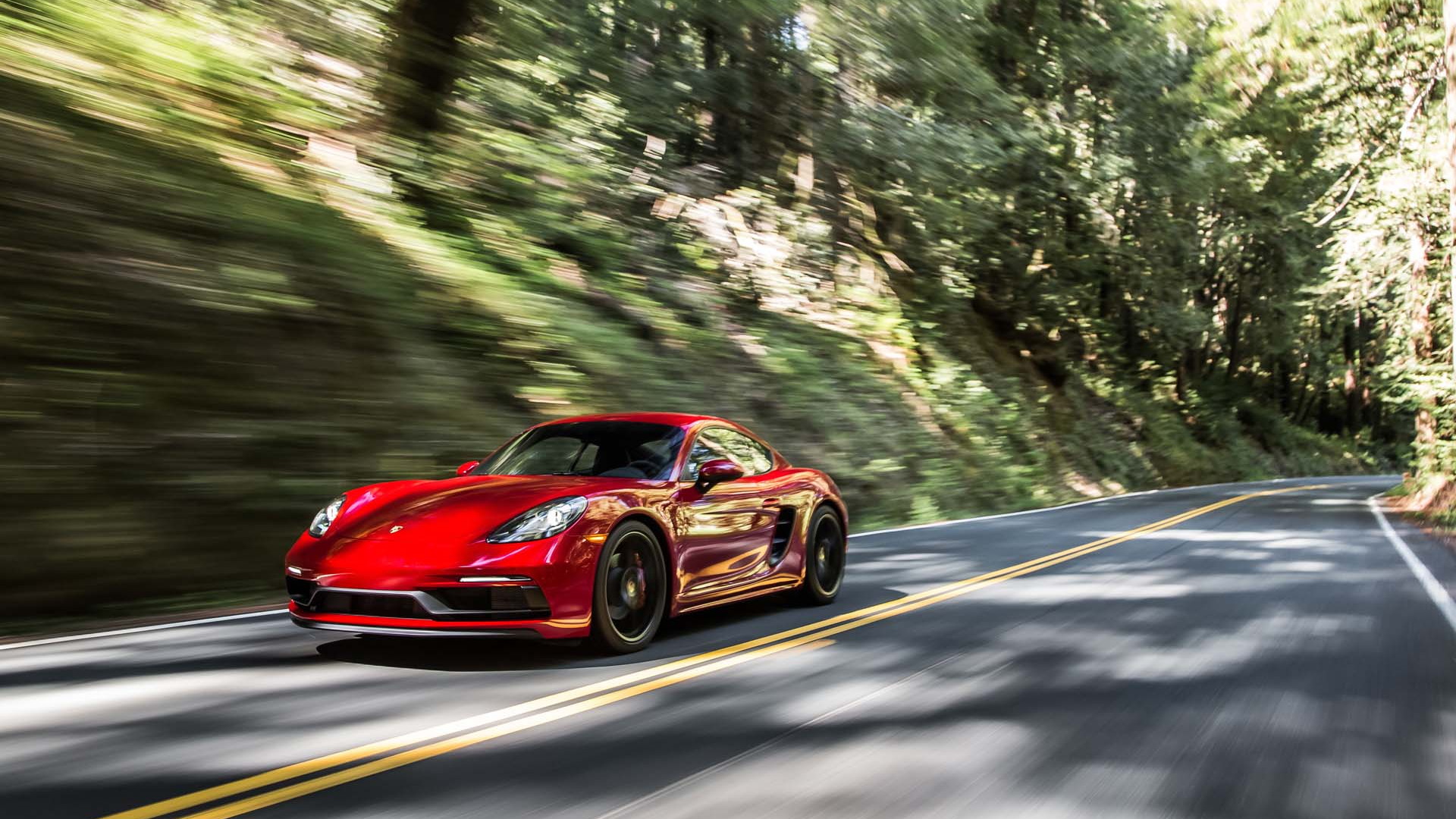 Born into a prizewinning family, the 2018 Porsche 718 GTS may never be the champion of anything—not in the Porsche lineup at least.

That doesn’t mean it’s not a winner.

The 718 Cayman GTS in Carmine Red I’m driving in Northern California is a blur: 0-60 mph takes less than 4 seconds, more powerful, lower, and Porsche claims that the 718 GTS is 9 seconds faster than the 997.1 Turbo around the Nurburgring-Nordschleife.

Track times aside, on paper the 718 GTS is all the car that 911s ever claimed to be.

Champions aren’t made on paper.

The engine does its best to convince drivers that it’s a winner.

Listen closely to the 718 GTS and you’ll hear a 2.5-liter turbocharged flat-4 gulp through a larger diameter compressor wheel with more boost compared to the Cayman S, and spin up to a 7,500-rpm redline with alacrity.

Its power band builds toward its peak power—365 hp at 6,500 rpm—in a smooth, controlled delivery that testifies against its forced induction. The torque in the 718 GTS is the truth, however. Nearly all 317 pound-feet of twist is available at less than 2,000 revs, just off idle when the 718 Cayman GTS surges off the line.

The standard 6-speed manual or optional 7-speed dual-clutch automatic similarly rips through shifts in satisfying clicks. The PDK is geared taller thanks to the additional cog, but the top speeds are identical at 180 mph. With launch control engaged on the PDK only, the 718 GTS is elemental; the engine roars somewhere behind your back, but also deep in your gut.

But listen closer and you’ll hear more: piped-in noises from the engine compartment.

Porsche doesn’t transmit engine noises through speakers like some of its corporate cousins, but the 718 Cayman GTS channels its mellifluous grunts via pass-throughs from the engine compartment into the cabin.

The piped-in noises do something entirely different. It brings me closer to the drive. 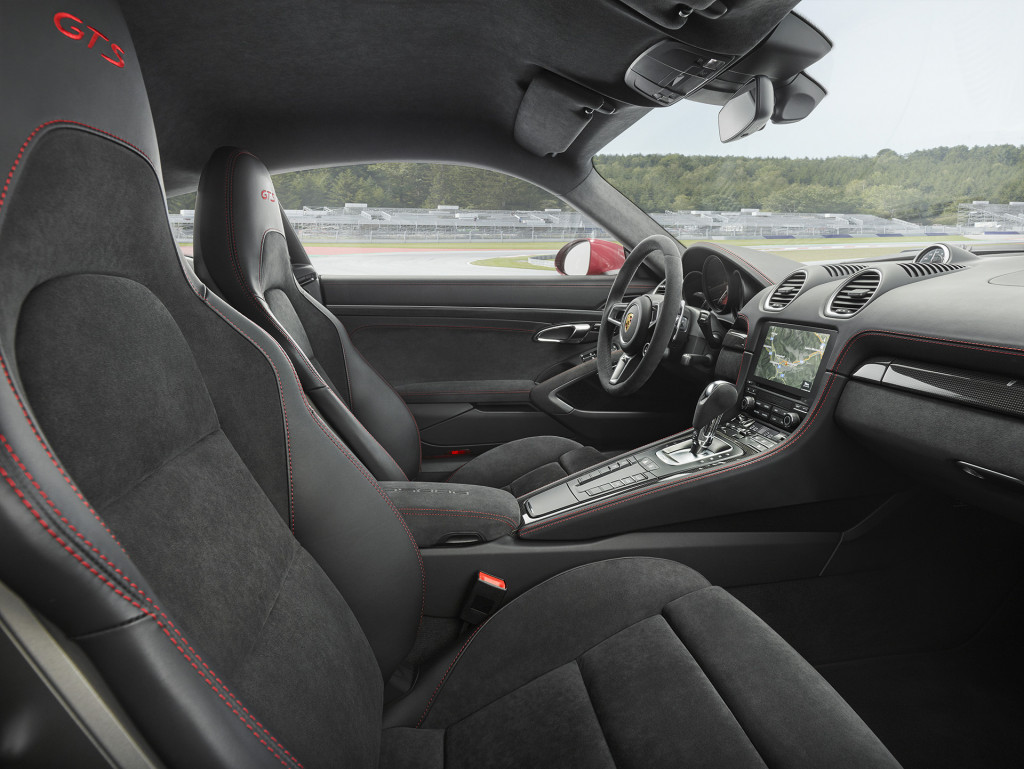 The seats are snug and supportive, all-day comfortable with an equally admirable cockpit built for people-pleasing and protection like a German Shepherd.

The climate controls are hard to reach behind the shift knob, and they lack the spit and polish of even automatic temperature control. Apparently $93,000 doesn’t buy a constant 68 degrees these days. That hardly matters.

The 718 GTS’ fit and finish calms any sting from the high entry price, which starts at more than $81,000 and reaches optional, six-figure silliness that Porsche delivers best.

Our tester turned in a five-figure bill in add-ons: $290 for Porsche Active Suspension Management that dropped the car another 0.4 inches, $530 for heated front seats, $7,410 for Porsche Ceramic Composite Brakes, $1,780 for navigation, and $1,720 for Porsche Connect Plus and data services.

The most expensive of the bunch—ceramic composite brakes—also comes with the biggest asterisk: there’s only one earthly reason to include them on this car. 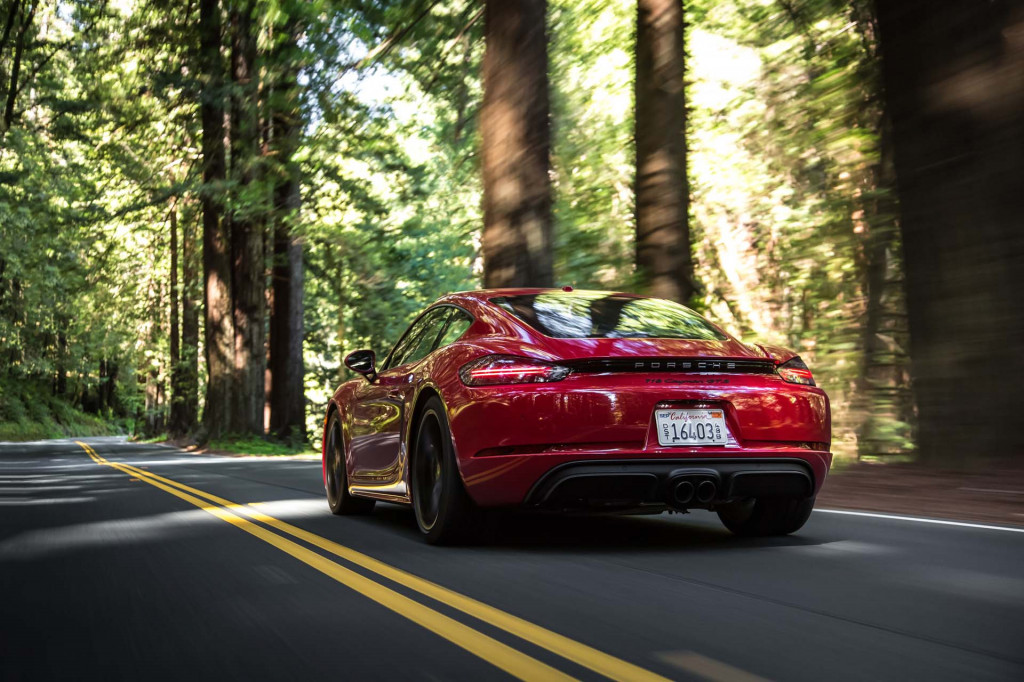 The standard 718 GTS brakes are impressive on their own. The steel stoppers are four-piston, 13-inch anchors lifted from the 911 in front; 11.8-inch, four-piston rotors in the rear.

The optional ceramic brakes are bigger and stiffer, six-piston calipers that arrest the 718 GTS with merely a passing glance. On the 718 Boxster GTS, it’s possible to tire of the cold squeal quickly.

On the 718 Cayman GTS, the added confidence of ceramic brakes would make sense on a track—and that’s it. Congratulations on your six-figure track weapon, and your life. 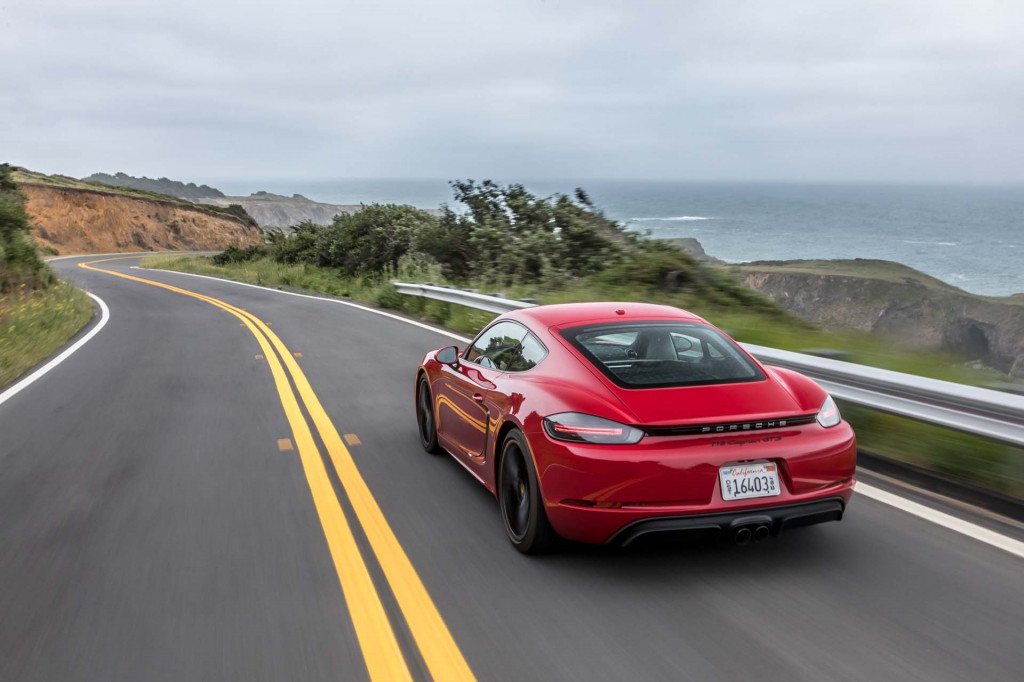 The 718 GTS lacks a haymaker like the 911 Turbo, but it doesn’t need one. The 718 GTS moves in ways that the 911 has been coding since traction and stability control tamed its upside-down weight distribution.

Ranking normal sports cars (albeit at main event prices) the 718 GTS feels like a champ in the making, pacing around the ring. It deserves a shot.
Its electric power steering rack is weighted and balanced, and instantly redirects the tight 718 like a slot car. The drama of its engine and the calm from its balanced chassis even while tossed around Napa’s corners are superlative.

Unleashed onto any road, the 718 GTS doesn’t back down from any fight. Even from a 911.

Guess who I’d bet on.