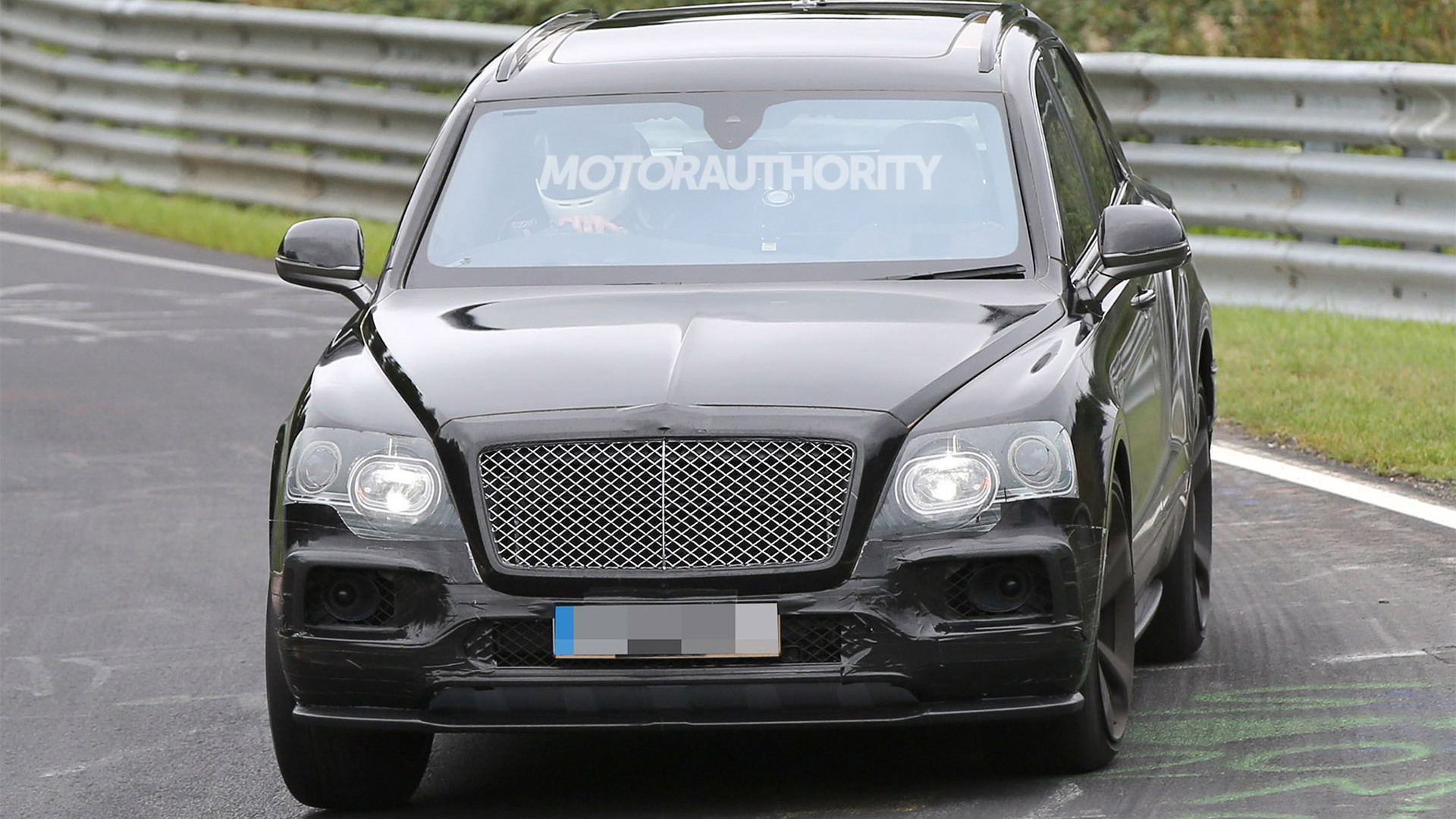 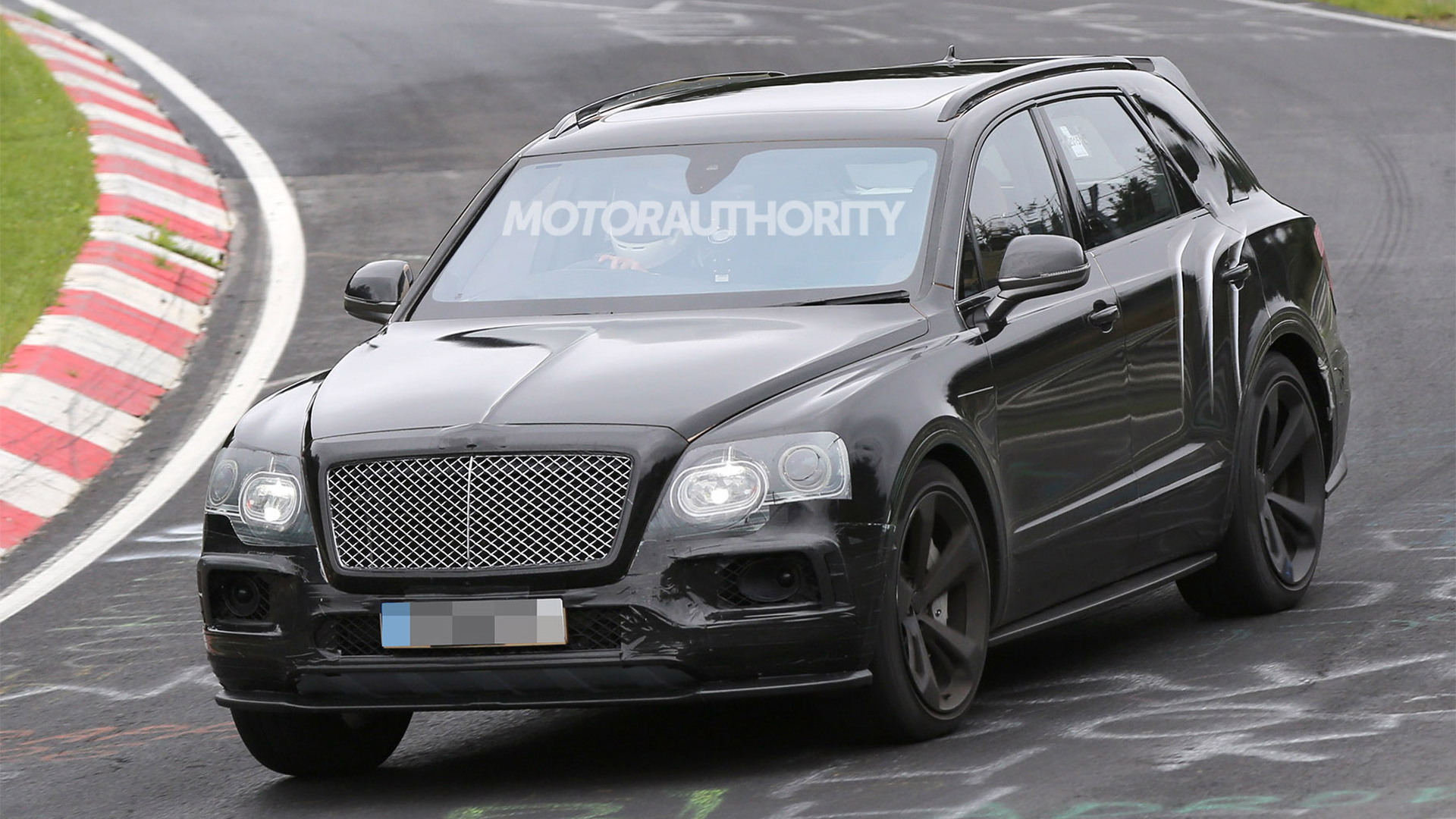 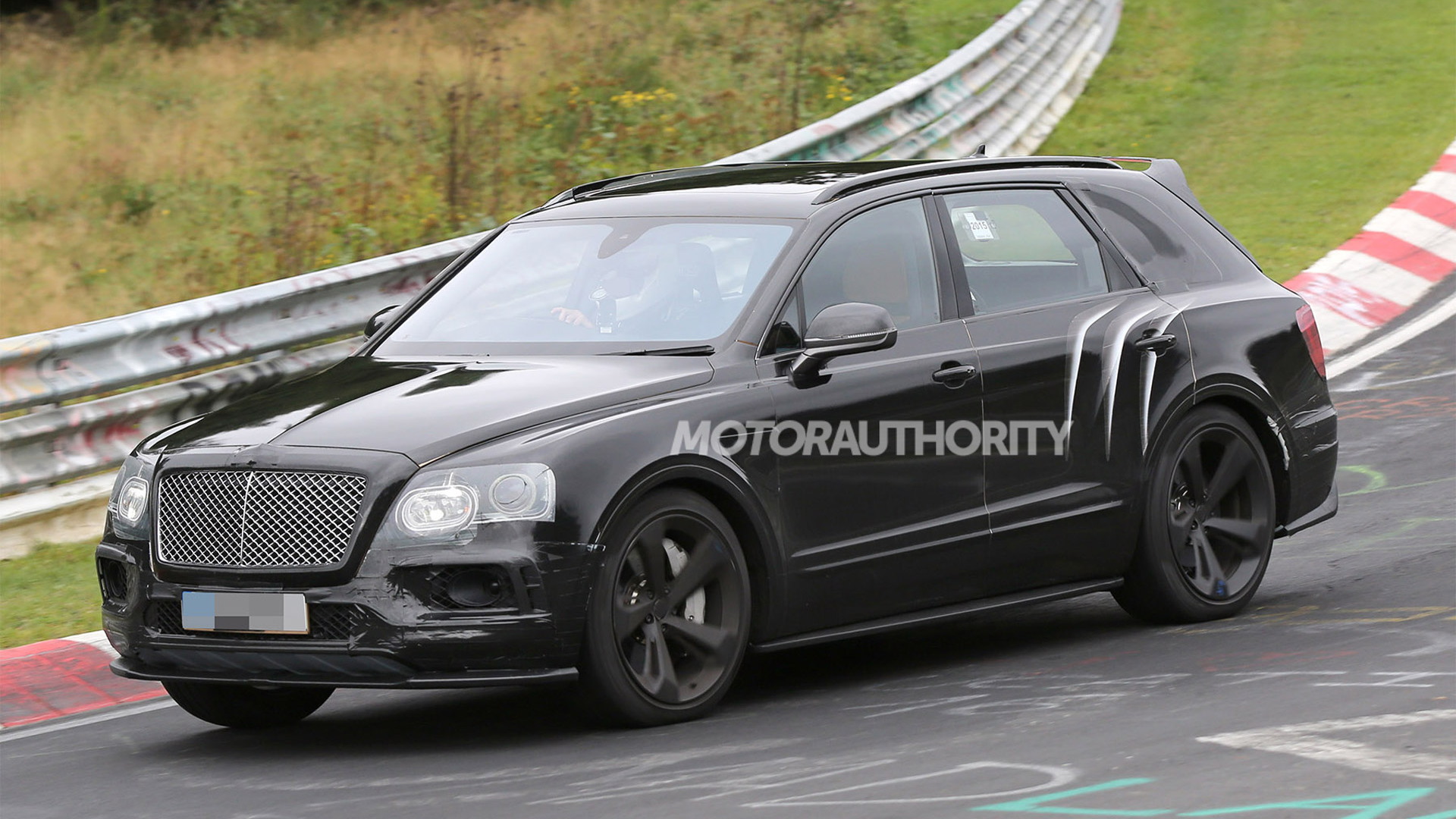 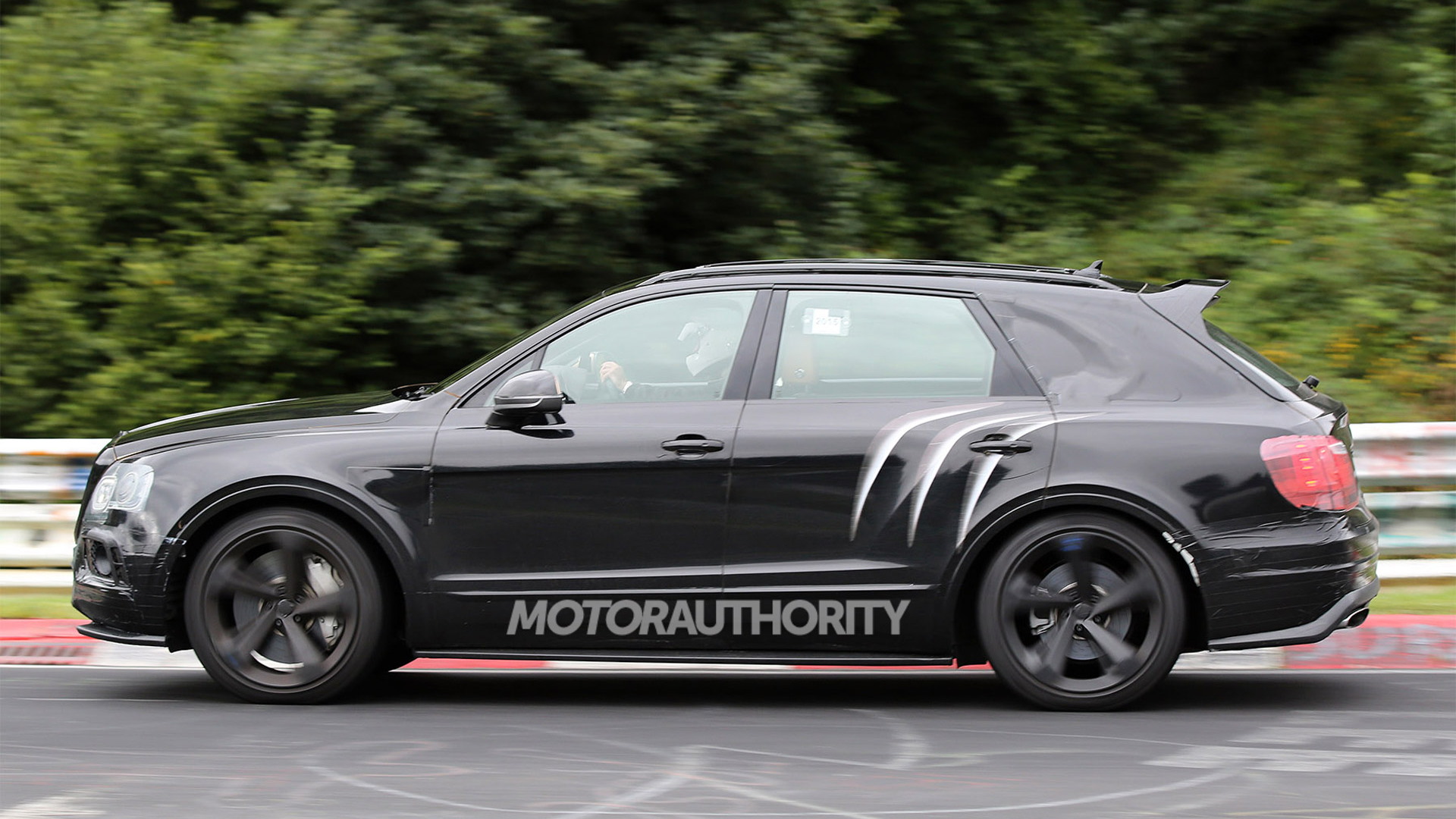 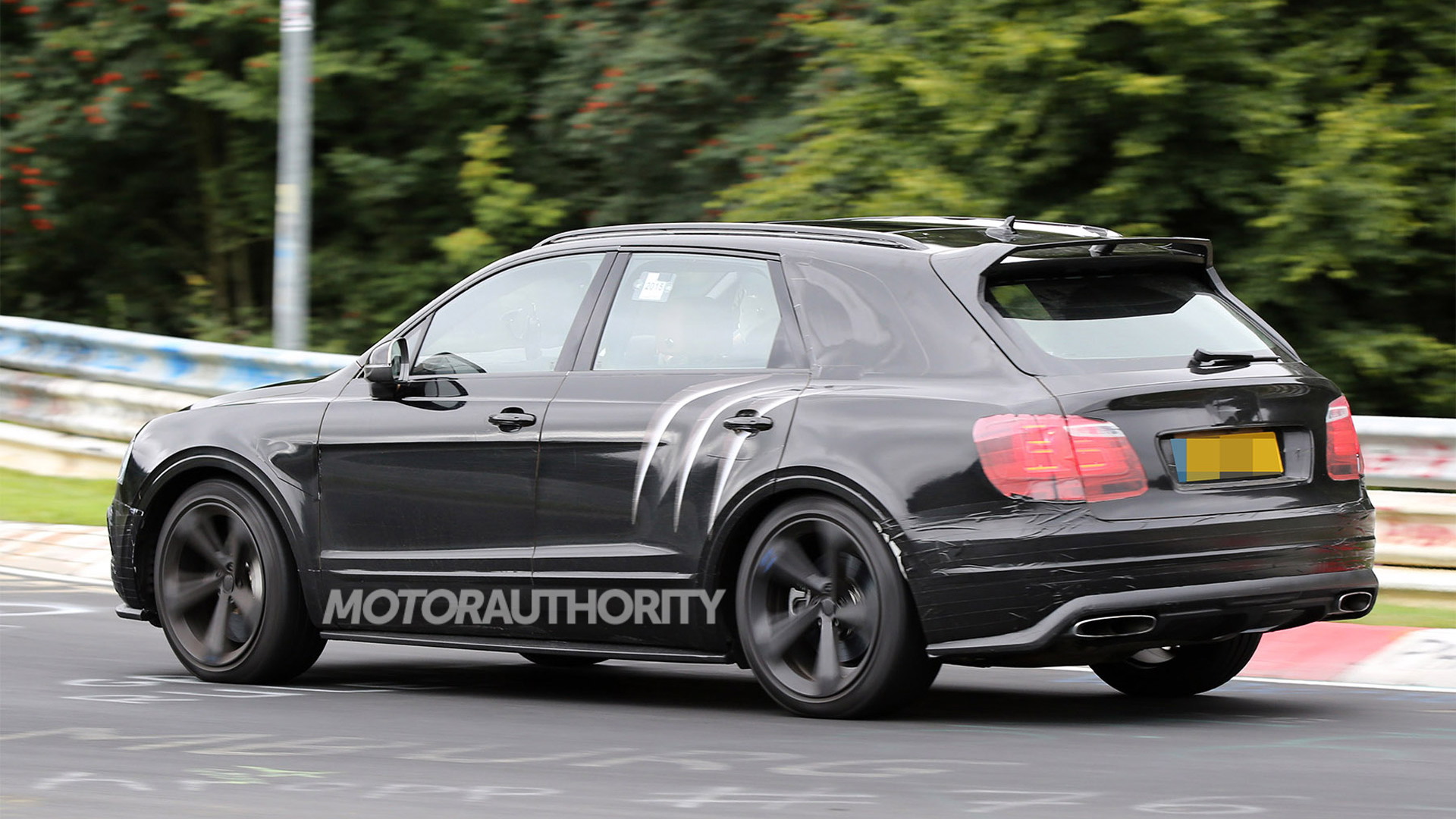 Bentley's Bentayga has managed to scale to the top of the brand's sales charts, and Bentley fully intends to keep the momentum going by launching a new Bentayga Speed range-topper.

Our spy shots show a prototype testing at the Nürburgring and provide some clues as to the design of the high-performance SUV.

The prototype sports a more aggressive front fascia with enlarged intakes and an extended front splitter. There are also chunky side skirts, a new rear diffuser, and an extended roof-mounted spoiler.

It also appears that the ride height has been lowered, suggesting an aggressive tune for the suspension. And our photographer tells us the tester was much louder than regular Bentaygas.

The oval exhaust tips at the rear confirm we’re looking at a W-12 model (Bentley’s V-8-equipped cars feature exhaust tips formed in a figure eight), which once again points to this being a Bentayga Speed.

The W-12 in the Bentayga is a 6.0-liter twin-turbocharged engine generating 600 horsepower. Expect this to be bumped up to around 650 hp for Speed duty, or enough for 0-60 mph acceleration in well under 4.0 seconds and a top speed approaching 190 mph. The regular Bentayga tops out at 187 mph.

While there may be more powerful SUVs, namely Jeep's Grand Cherokee Trackhawk which comes with a 707-hp Hellcat, we're sure Bentley won't be irked as the Bentayga Speed will be targeted at buyers seeking more than just performance. Ultimate luxury is also part and parcel with any Bentley. This means there will be little in the way of direct competition. Potential buyers may also want to consider the Land Rover Range Rover Sport SVR, Maserati Levante Trofeo, Mercedes-AMG GLE63 and upcoming Aston Martin DBX, however.

The Bentayga Speed is reportedly due for a reveal in the first half of 2019. Sales will likely follow later in 2019 meaning we should see it arrive as a 2020 model.