Cadillac will become the leading electric car brand at General Motors in an attempt to lure sales away from Tesla while also countering the onslaught of EVs in the pipeline at the German luxury brands.

The announcement was made by GM on Friday during an investor call conference, where the automaker also confirmed plans for a new modular electric car platform.

Cadillac will be the first GM brand to launch an EV based on the platform, which has been designed to be able to spawn everything from compact cars to large, 7-seat luxury SUVs. It has also been designed to offer front-, rear-, and all-wheel-drive configurations, as well as the capacity for more than 300 miles of range.

The platform is expected to be ready in 2021 so this is when we'll likely see the new Cadillac. 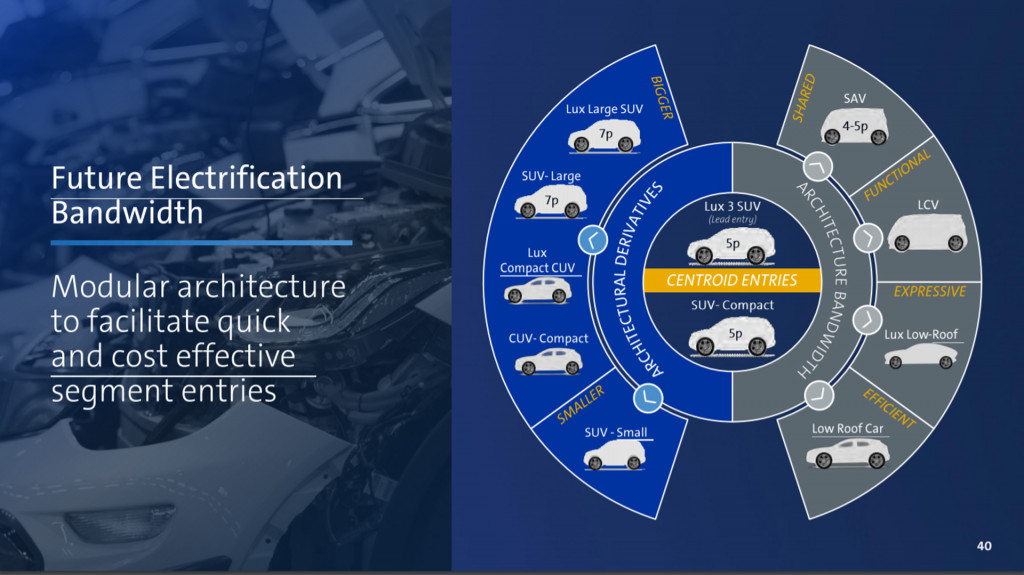 GM in 2017 said it planned to launch as many as 20 electric cars by 2023, including both battery-electric and fuel cell-electric models. The first of these should start appearing this year and will likely be related to the 238-mile Chevrolet Bolt EV. The new modular electric car platform is expected to underpin at least nine of these 20 cars.

It is possible that the electric Cadillac will be targeted at the Chinese market where the government has implemented an aggressive electrification strategy to combat air quality problems and reduce the reliance on oil imports; the country aims to boost hybrid and electric car sales 10 fold over the next decade via incentives and mandates.

However, there is also a major opportunity for Cadillac here in the United States given the recent strong performance of Tesla. With just a three-car lineup, Tesla racked up 191,627 sales in the U.S. last year. That was substantially higher than Cadillac's tally of 154,702 sales over the same period.

News of Cadillac's EV plans follows GM's announcement Wednesday to partner with EVgo, ChargePoint and Greenlots, three of the nation’s leading charging networks, to make it easier for owners of GM electric cars to find a charging station and pay for the electricity in the future. The plan is to connect data from the charging stations with the vehicles so that everything, including payments, can be made seamless.