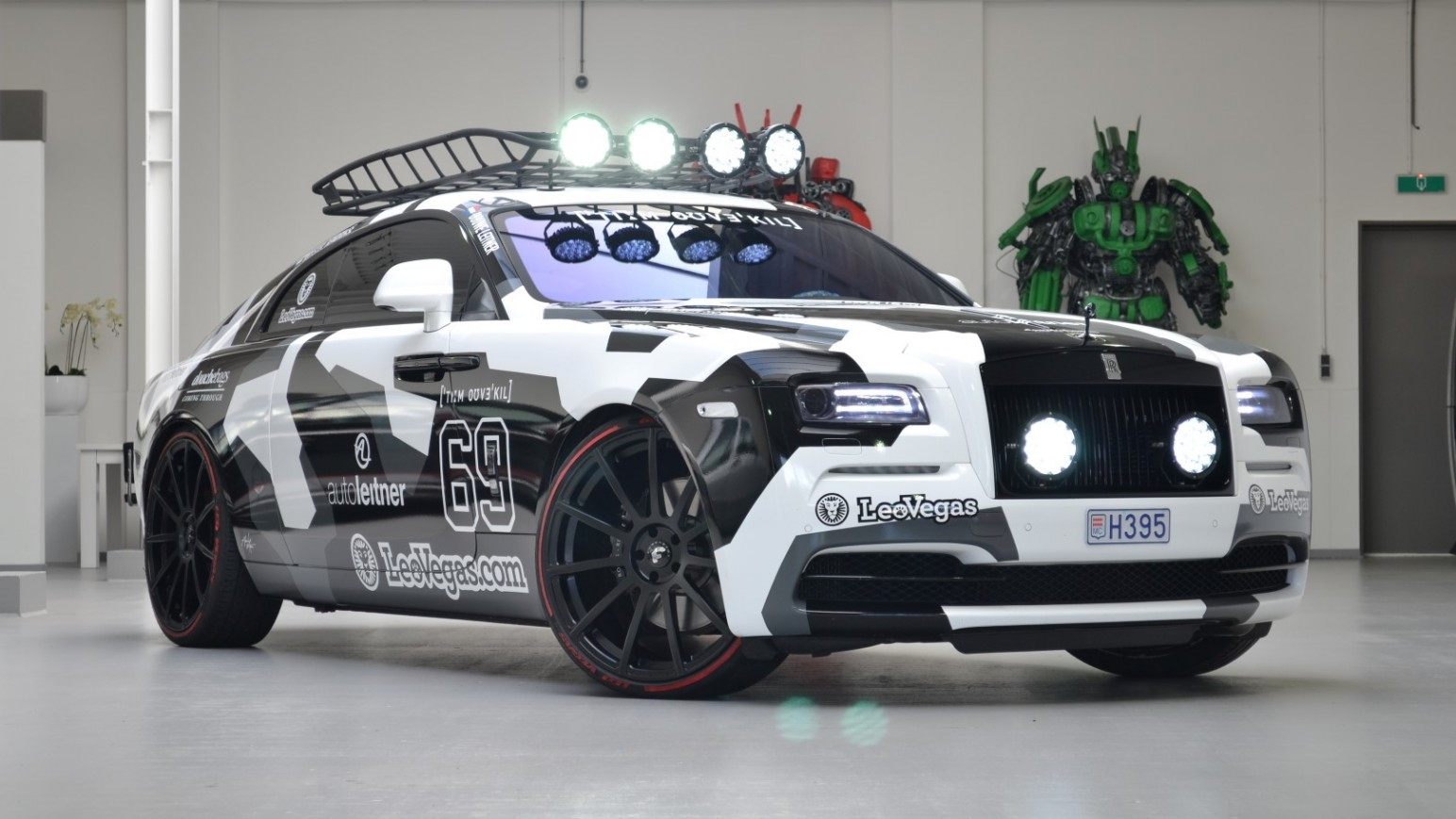 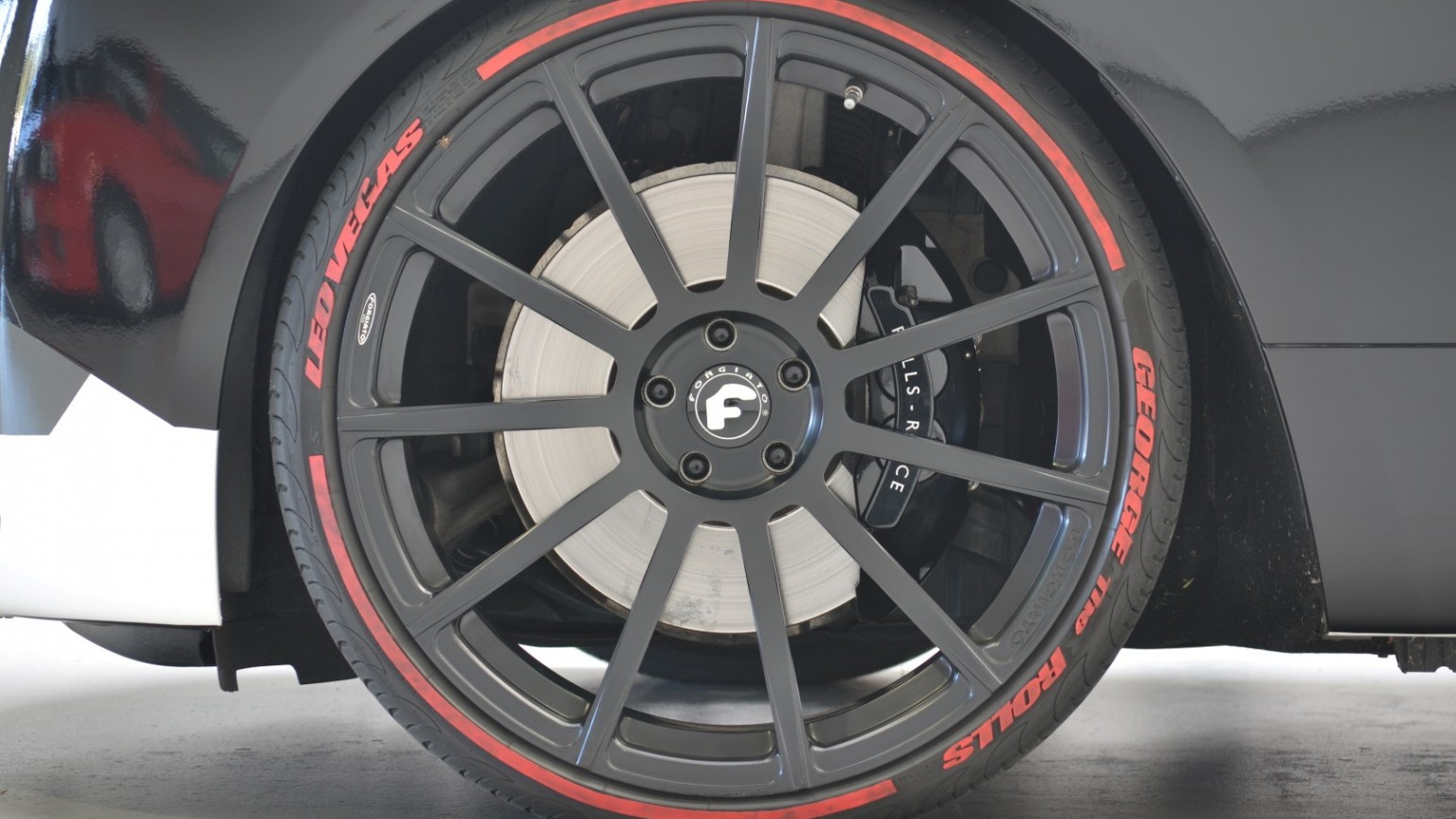 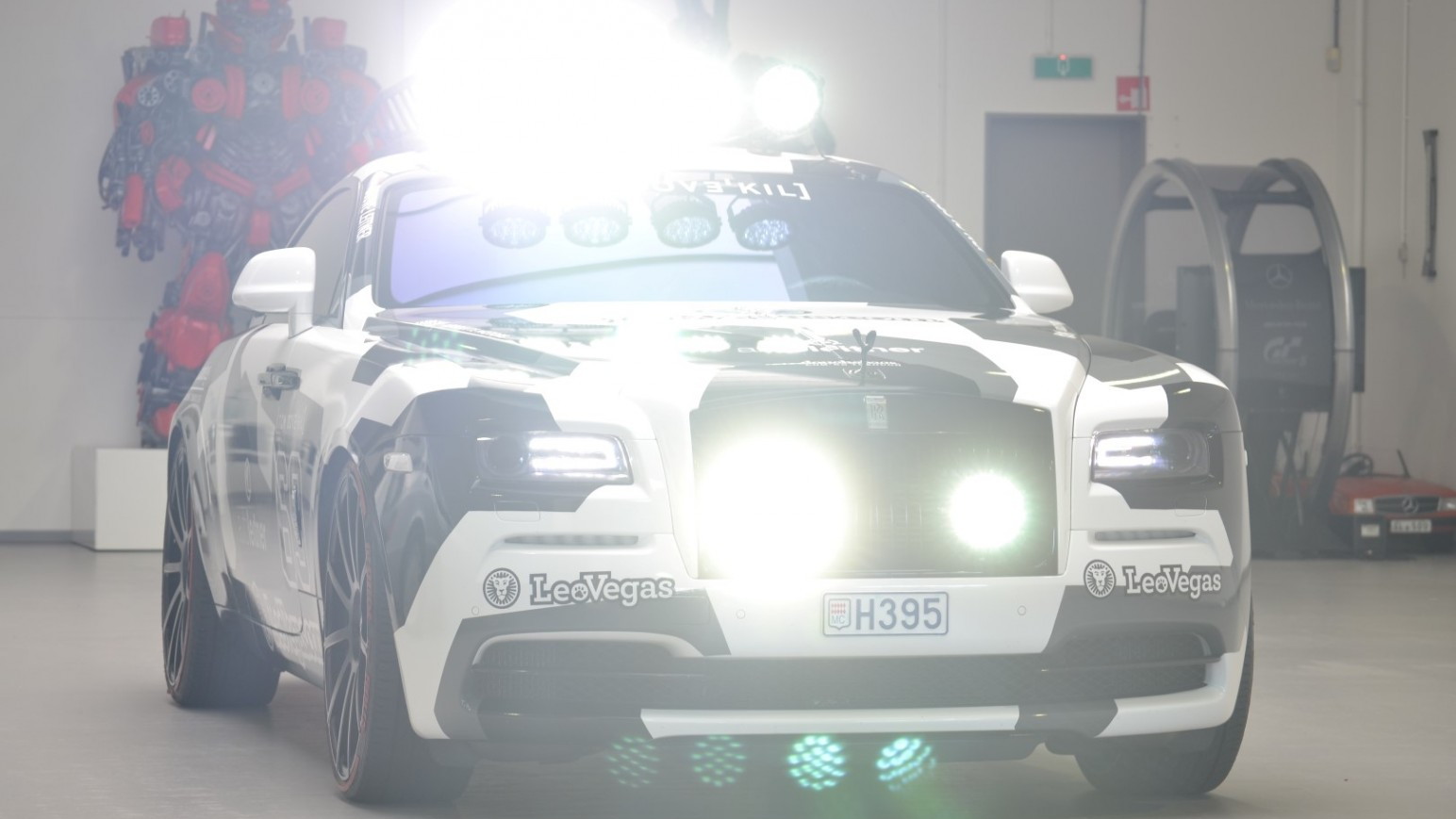 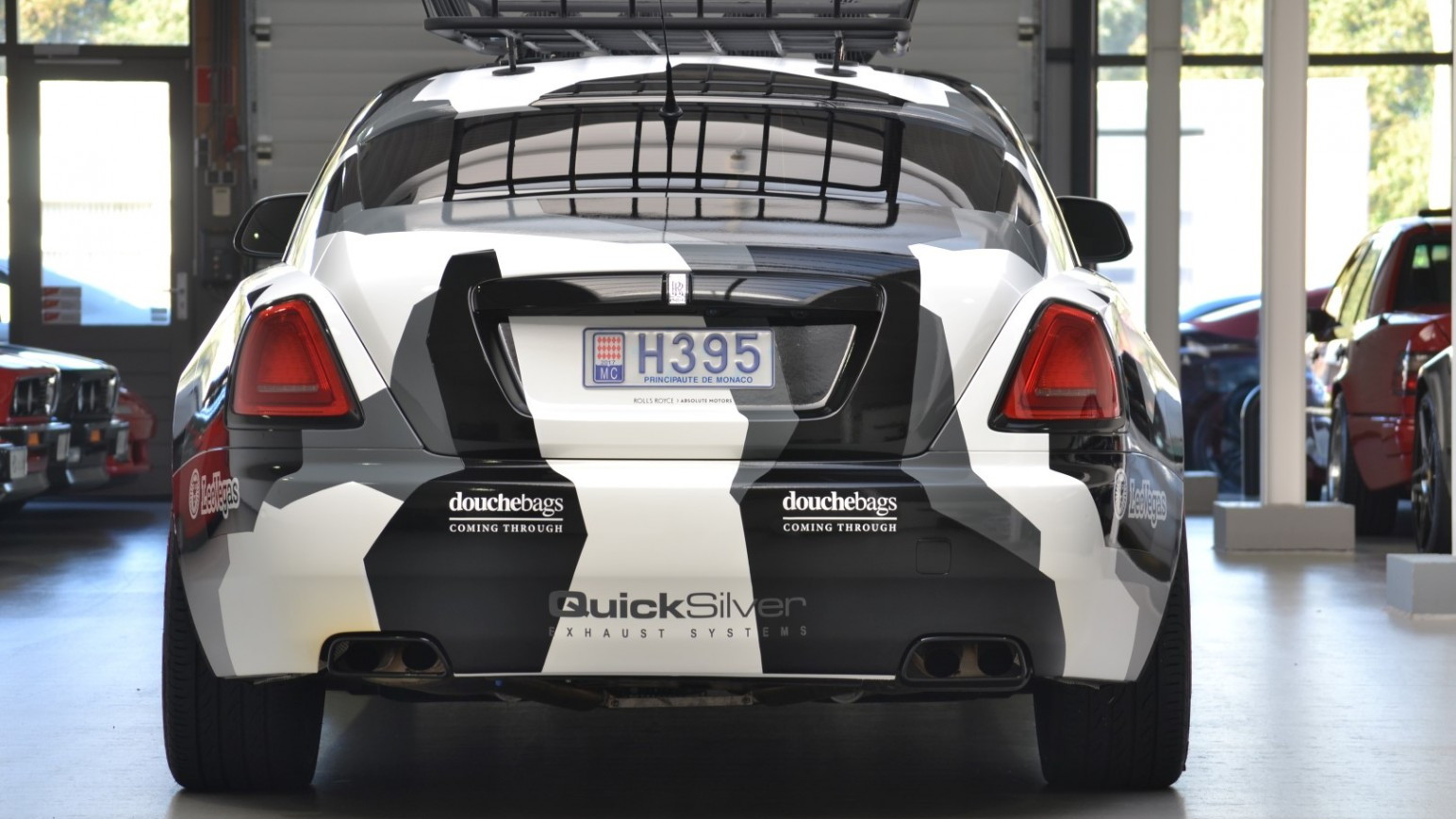 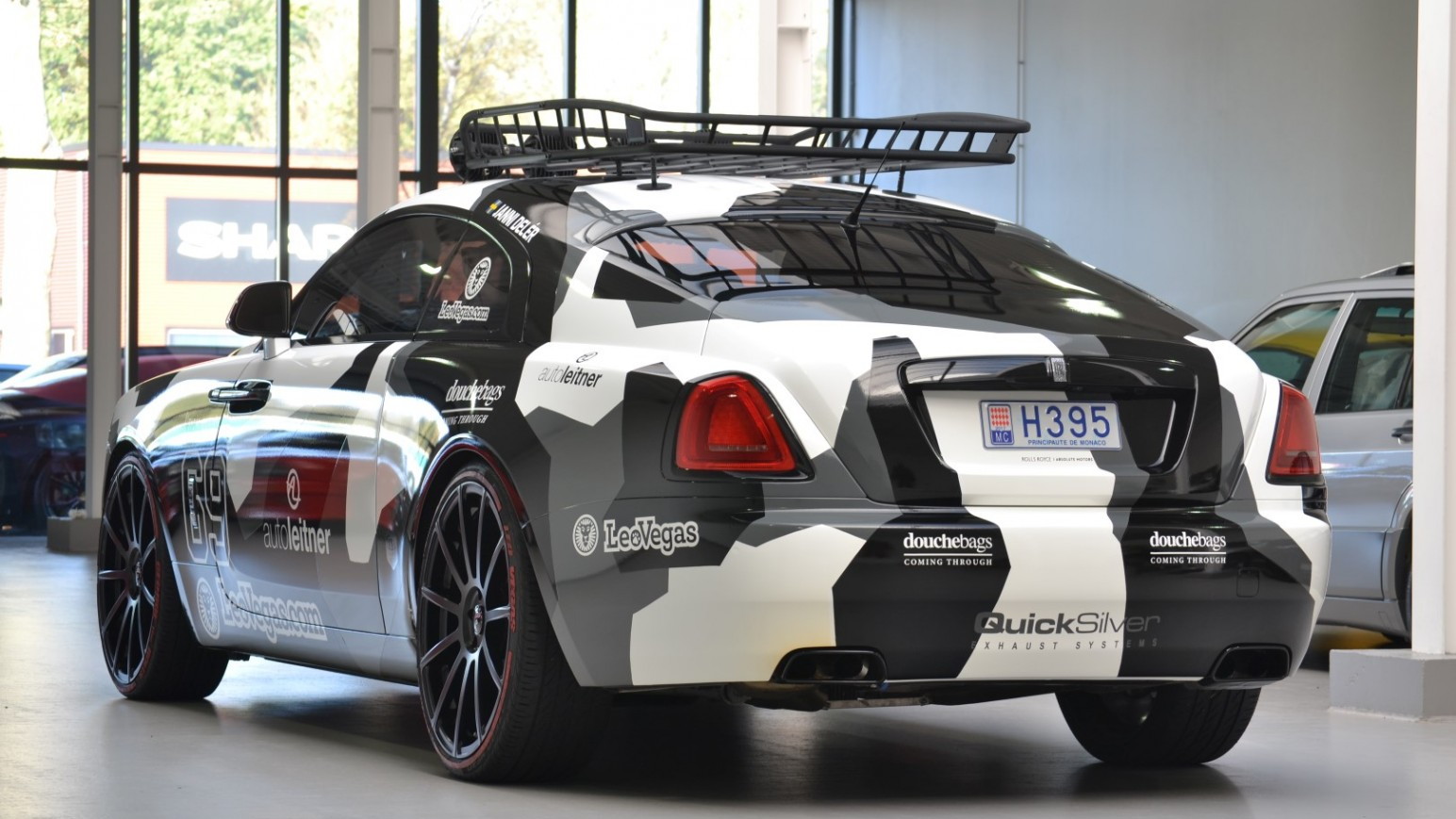 Professional skier Jon Olsson's toys come in fast and they occasionally leave just as quickly. He has the sort of car problem we all wish we had: a desire to acquire and modify as many machines as possible. Thus some of his greatest vehicular hits are shipped off to find new homes, which is what Olsson is doing with his monster Roll-Royce Wraith. This camo-colored British beast is now for sale.

In only takes a glance to tell that this isn't your standard Wraith. From the white, gray, and black color scheme to the multitude of LED lights adorning the exterior, Olsson's Wraith is a heavily modified machine packing serious heat under the hood. Built by Absolute Motors in the Netherlands, the twin-turbocharged V-12 produces 810 horsepower. Thankfully, the roof rack is magnetic, so all of that oomph shouldn't deter you from carrying gear up top.

Olsson is ready to part with the car he's named "George the Rolls." It's listed for sale through the Dutch website AutoLeitner.nl. The odometer lists just 13,414 kilometers, which is only a bit over 8,300 miles, and the asking price is a healthy 275,000 Euros, which equates to almost $324,000. A 2018 Wraith starts at $320,000, but it doesn't produce 810 horsepower, have a magnetic roof rack, enough lighting to illuminate a small country, or the ability to annoy the neighbors in your gated community.

This Rolls is just one of the many amazing vehicles that Olsson has owned over the years. We're particularly smitten with his cavalcade of heavily modified Audi RS6 wagons. The most recent one, which was tuned by Abt, has also been sold.

So now Jon might be forced to drive his roofless Mercedes-Benz G550 4x4, or maybe one of his Lamborghinis. Maybe he's too busy jetting off to a new ski destination to drive any of them at the moment. Or maybe he's at work on a new project car.

Whatever he's doing, Jon Olsson is living his best life, and we're happy to watch and cheer him on.