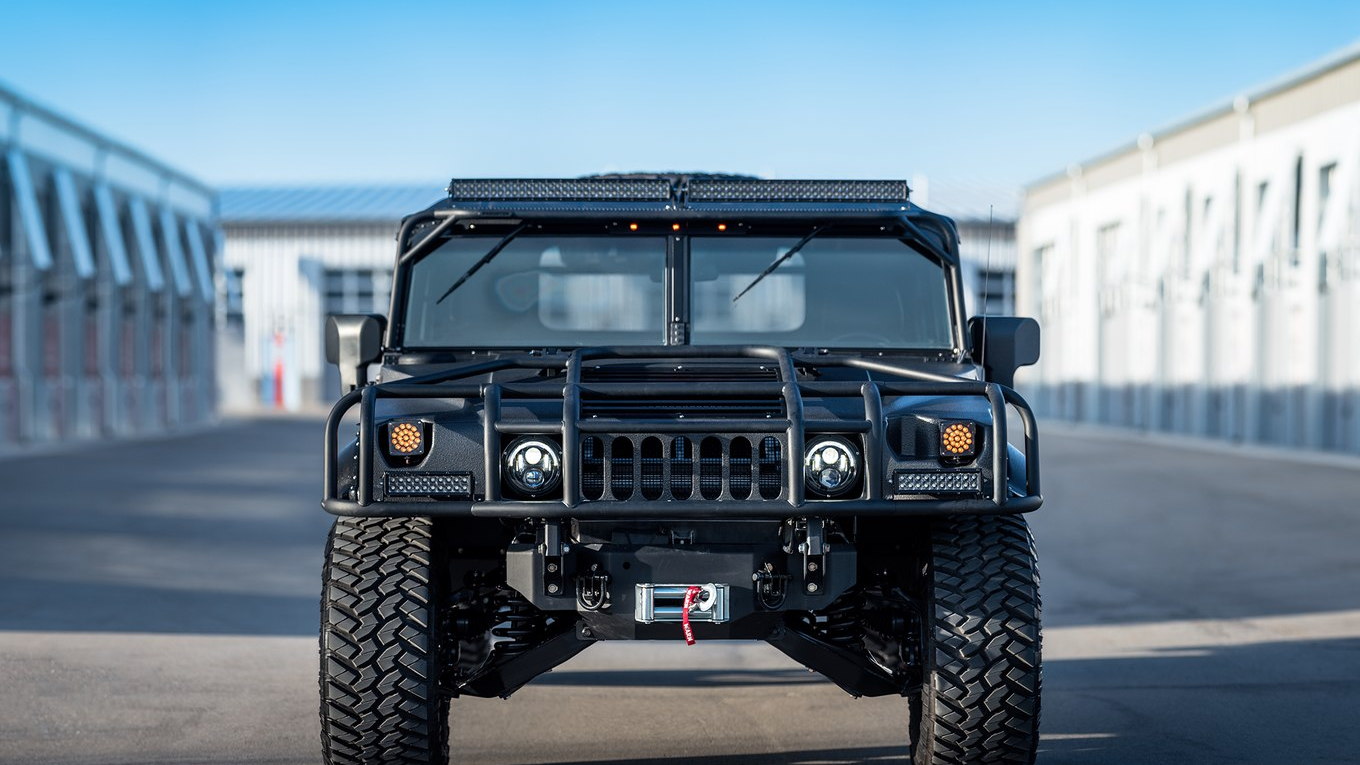 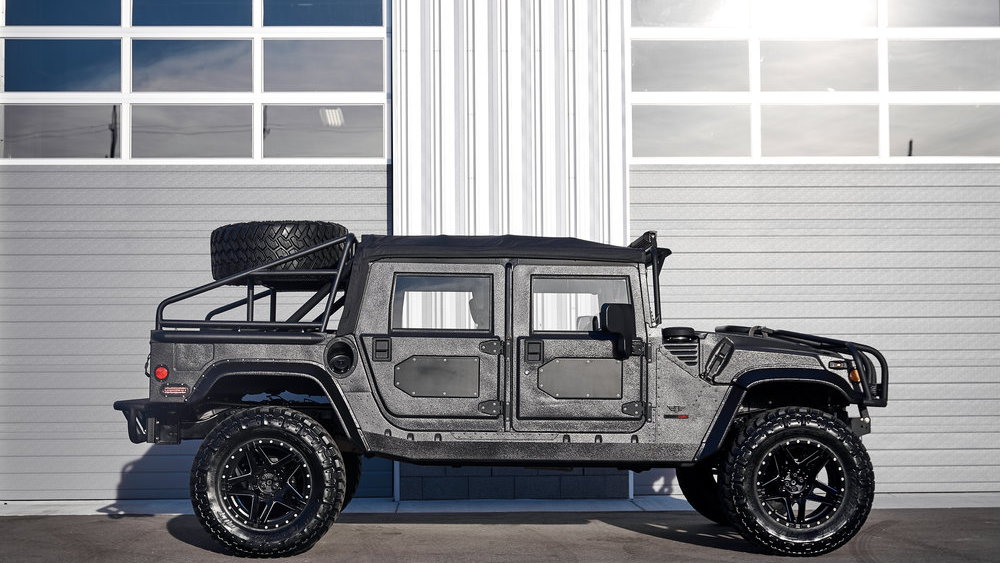 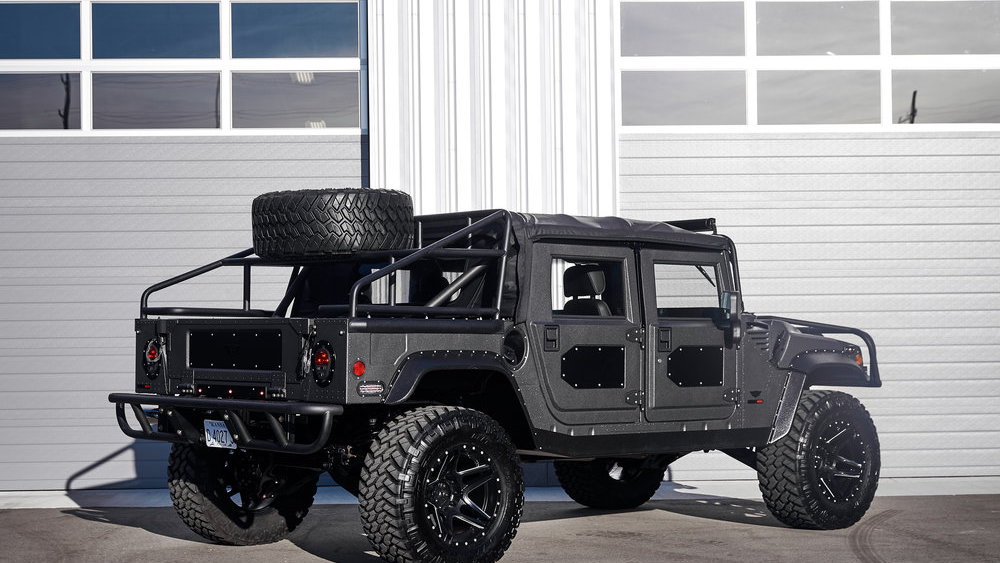 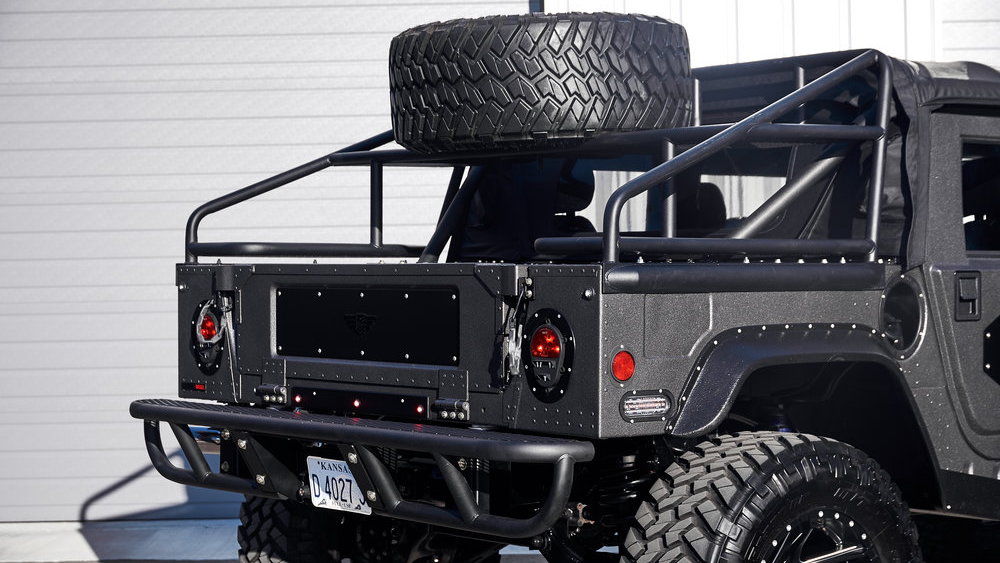 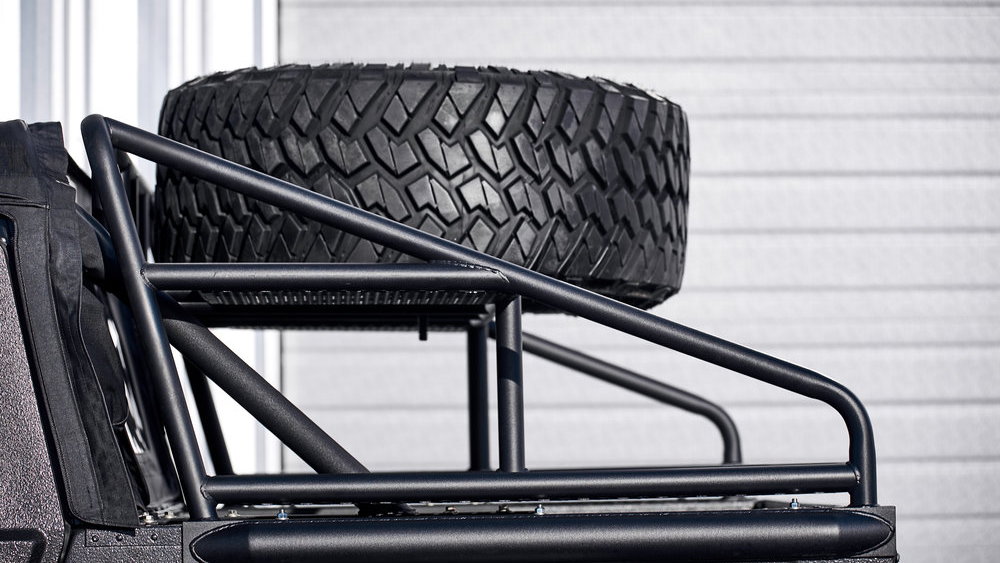 Singer reimagines the Porsche 964, and makes buckets of cash doing so. Icon does a similar job on Toyota Land Cruisers, Ford Broncos, and other vintage vehicles. Now a company called Mil-Spec Automotive (MSA) plans to bring its own resto-mod vision to life, and it's doing so using an unlikely hero vehicle, the Hummer H1.

Based in Detroit, MSA has assembled its first reimagined H1 and dubbed it the Launch Edition 001. The Launch Edition 001 has been rebodied, rebuilt, and rebooted in the power department. Hardened aerospace grade aluminum is used for the new body on the H1 bones. It features the same look as the original but it's reinforced and coated with a Line-X like material—the stuff used for bedliners. The nose and tail receive new bumpers while the original skid plates underneath are refurbished and coated for an extra layer of protection.

The exterior lighting is upgraded with LED headlights, taillights, and turn signals. On the roof and up front, MSA adds extra LED lightbars found on any trail-ready machine these days.

Move to the inside and it's clear that MSA has served up quite the upgrade over the standard H1. Marine-grade leather covers the seats, a powerful audio system comes from JL Audio, and more aerospace grade aluminum forms the interior panels. The Momo Prototipo steering wheel is an unexpected but cool touch to cap off the cabin.

The best part, however, involves the upgrades to the engine and running gear. Tilt that massive engine cover forward and you'll find a 6.6-liter Duramax turbodiesel V-8 engine. It produces 500 horsepower and a reported 1,000 pound-feet of torque. To back up that beast, MSA utilizes the Allison 1000 6-speed automatic transmission. This is the same pairing utilized on the Hummer H1 Alpha, but that version made just 300 horsepower and 520 lb-ft of torque.

Beyond the power upgrade, MSA reworked the suspension geometry with the goal of improving both on and off-road comfort and driving manners. We can't say if it works as we haven't driven this one. Also, we don't have the required $218,499 that is the starting price of an MSA H1. That is a ton of cash, but folks are paying that much (and far more) for tastefully resto-modded vehicles.

Perhaps there's a market for reworked military-based sport utility vehicles. If so, it appears that MSA will be the main player out of the gate. It will have to be a large gate, though, because these things are massive.