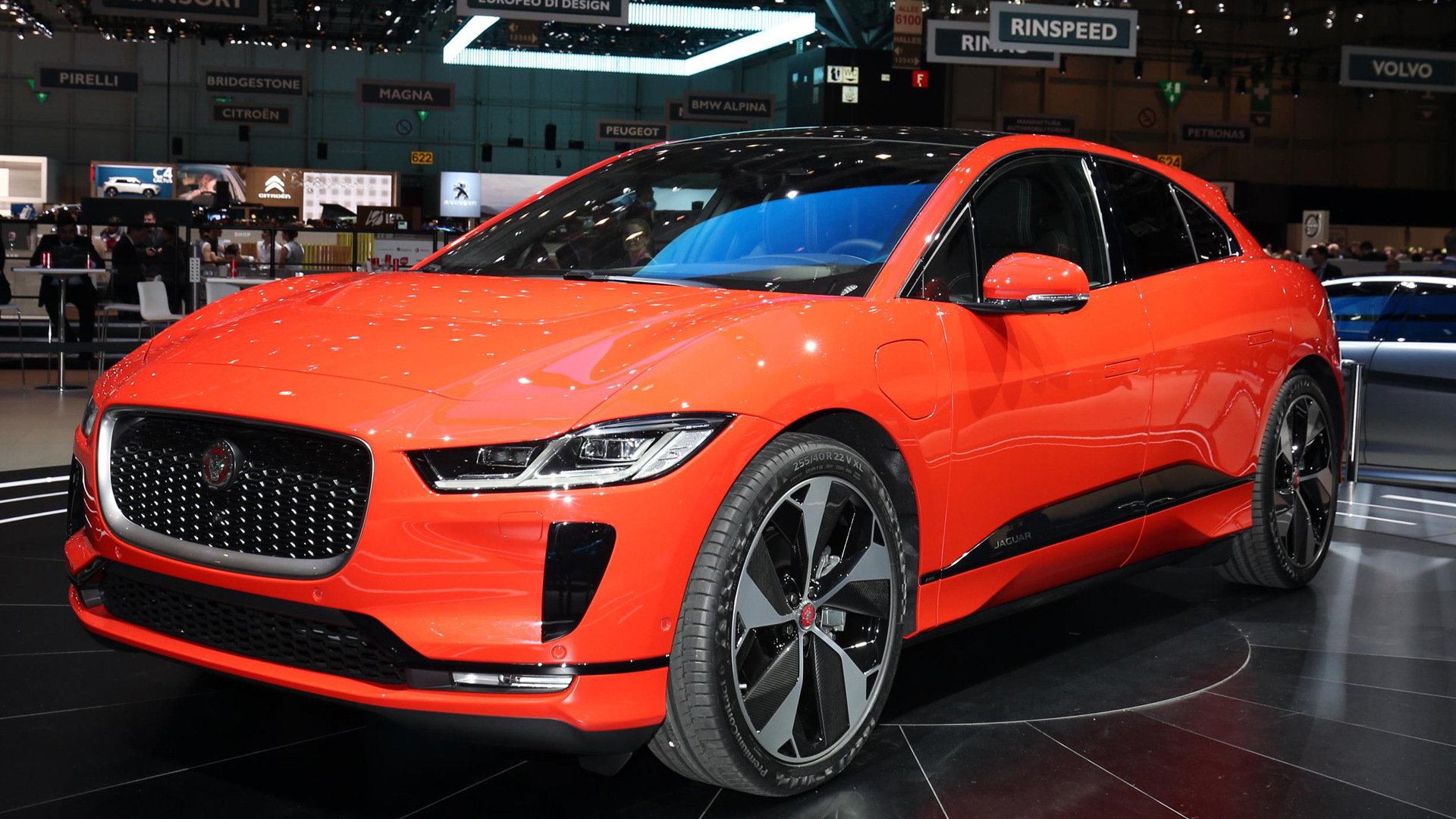 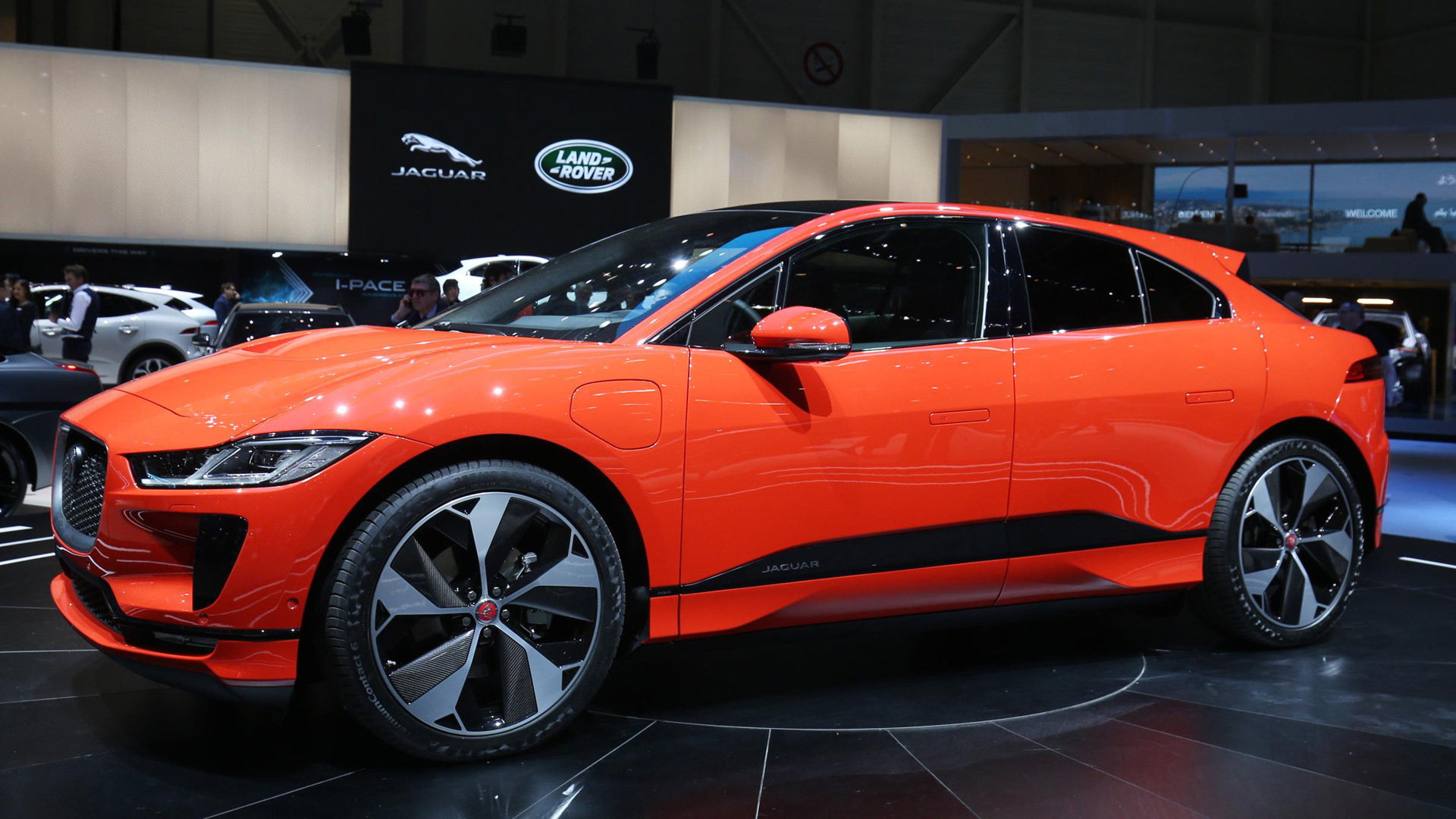 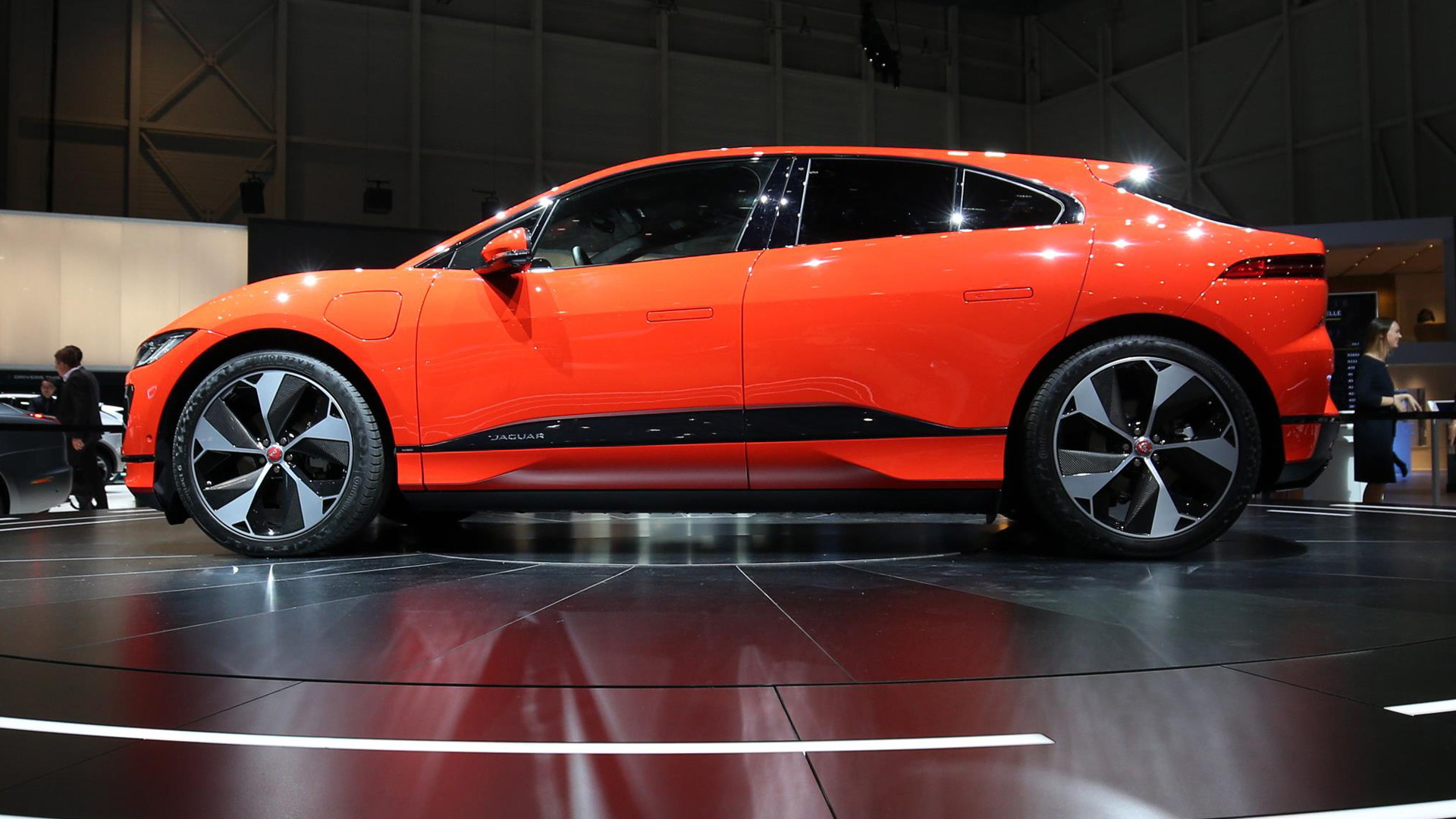 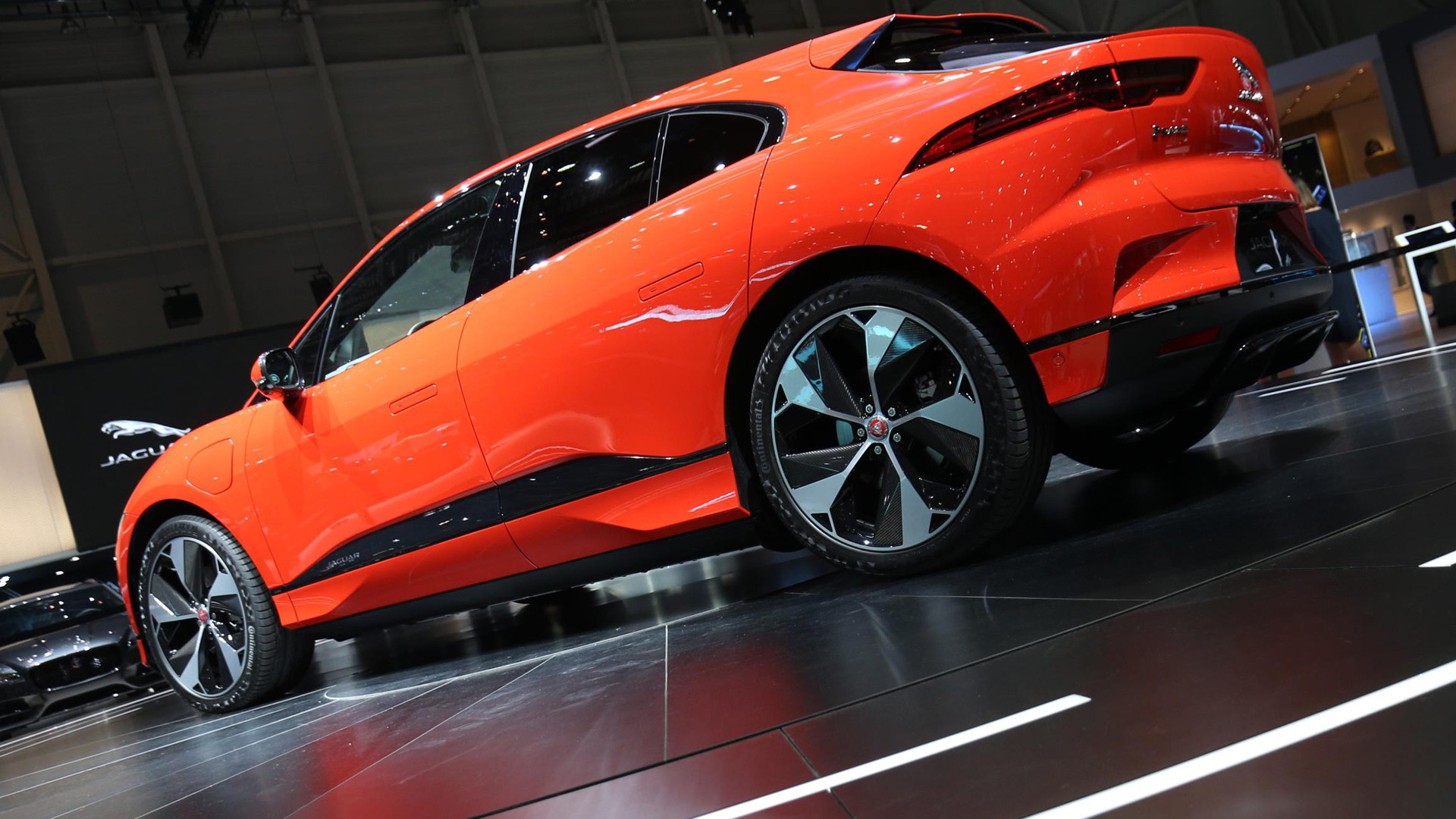 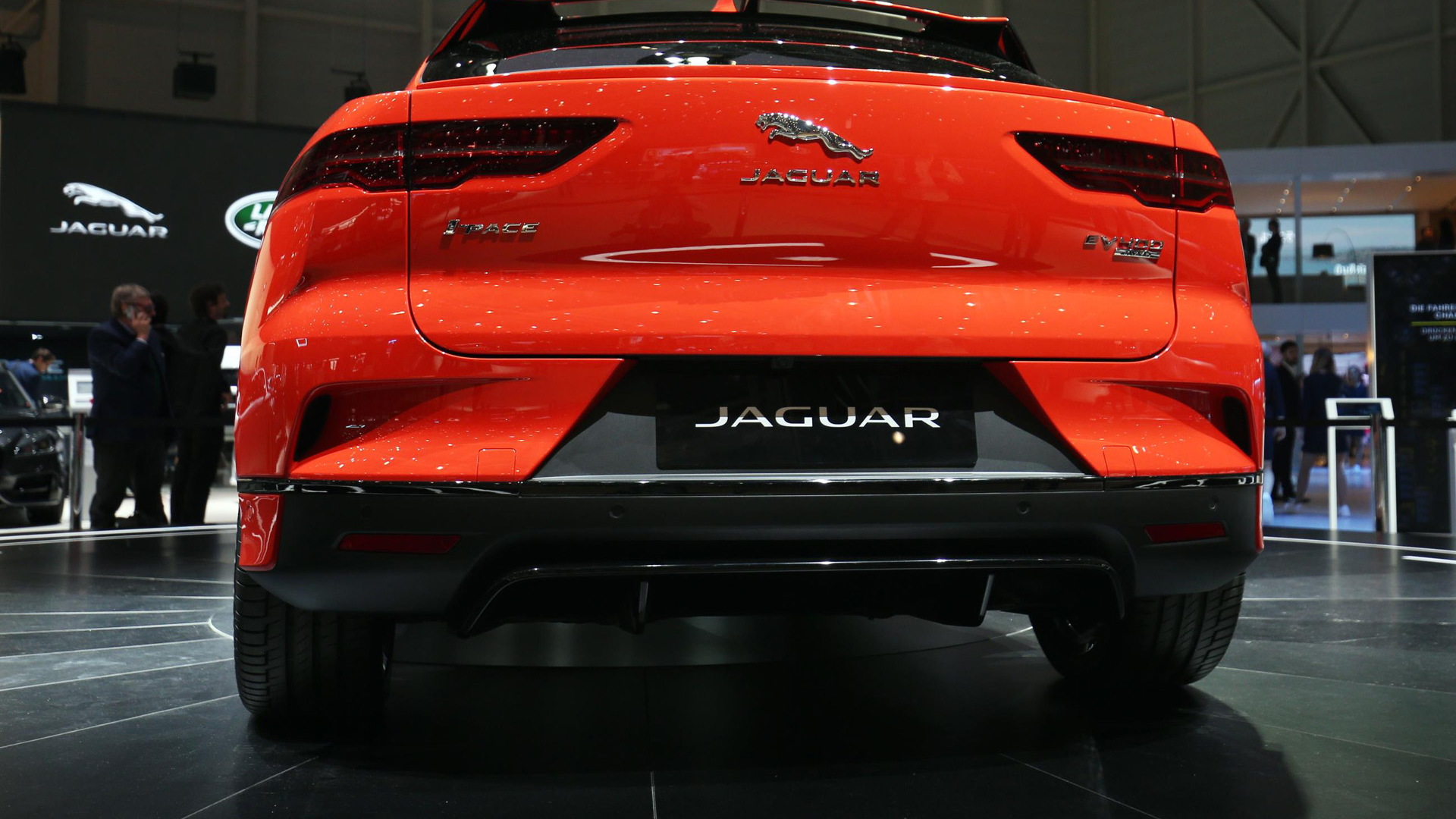 The production version follows a long lap of the I-Pace concept, which we first spotted in 2016 at the Los Angeles auto show.

According to Jaguar, the production version of the I-Pace will boast a 240-mile range from its 90-kwh battery, a combined output of 294 kilowatts (394 horsepower) and 512 pound-feet of torque from two electric motors, all-wheel drive, and a 0-60 mph sprint of 4.5 seconds. The vehicle starts deliveries in the second half of 2018 and is priced from $70,495.

Jaguar said recharging the battery up to 80 percent would take as little as 40 minutes on a DC fast charger at 100 kw. U.S. owners are more likely to initially spot 50-kw DC fast chargers, which take 85 minutes to charge the I-Pace up to 80 percent. Charging at home on a Level 2 charger will take more than 10 hours to 80 percent, nearly 13 hours to fully replenish. Good news: The I-Pace can condition the cabin before daily slogs to heat or cool the crossover before setting off.

The I-Pace plants batteries in a familiar shape for Jaguar. The crossover's nose and front haunches are identifiable, albeit abbreviated. From the profile, the I-Pace sports a wagon-shaped look with a taller ride height and truncated tail. By our eyes, it looks like a smooshed E-Pace with shorter overhangs. Not a bad thing.

At more than a foot longer than the E-Pace, with more than a foot more between the wheels, the I-Pace separates itself from the rest of the Jaguar lineup. Toes to nose, the I-Pace is as long as an XE sedan at about 184 inches, but sports an additional six inches between the wheels. That should be a boon for interior space, considering that Jaguar won't have to worry about traditional mechanical packaging for the I-Pace—the small crossover should be a size up from its exterior dimensions. The I-Pace is constructed on its own all-electric platform.

Jag's electric crossover clocks in at 4,800 pounds, likely due to the liquid-cooled 432 lithium-ion cells powering the car. Jaguar quotes a 50/50 weight distribution for the crossover, which should be helpful for the coming spec racing series.

The interior isn't an afterthought, either. The I-Pace sports a cribbed version of the automaker's InControl Touch Pro Duo system with a 12.3-inch driver information cluster, 10-inch infotainment screen, and 5.5-inch lower touchscreen for vehicle functions. A giant moonroof opens up the cabin for more interior light, and the center stack dispatches a conventional gear shifter for a control knob.

The I-Pace will be offered in S, SE, HSE, and a limited-run First Edition trim levels. And Jaguar says it'll guarantee the battery for 8 years or 100,000 miles for new owners.