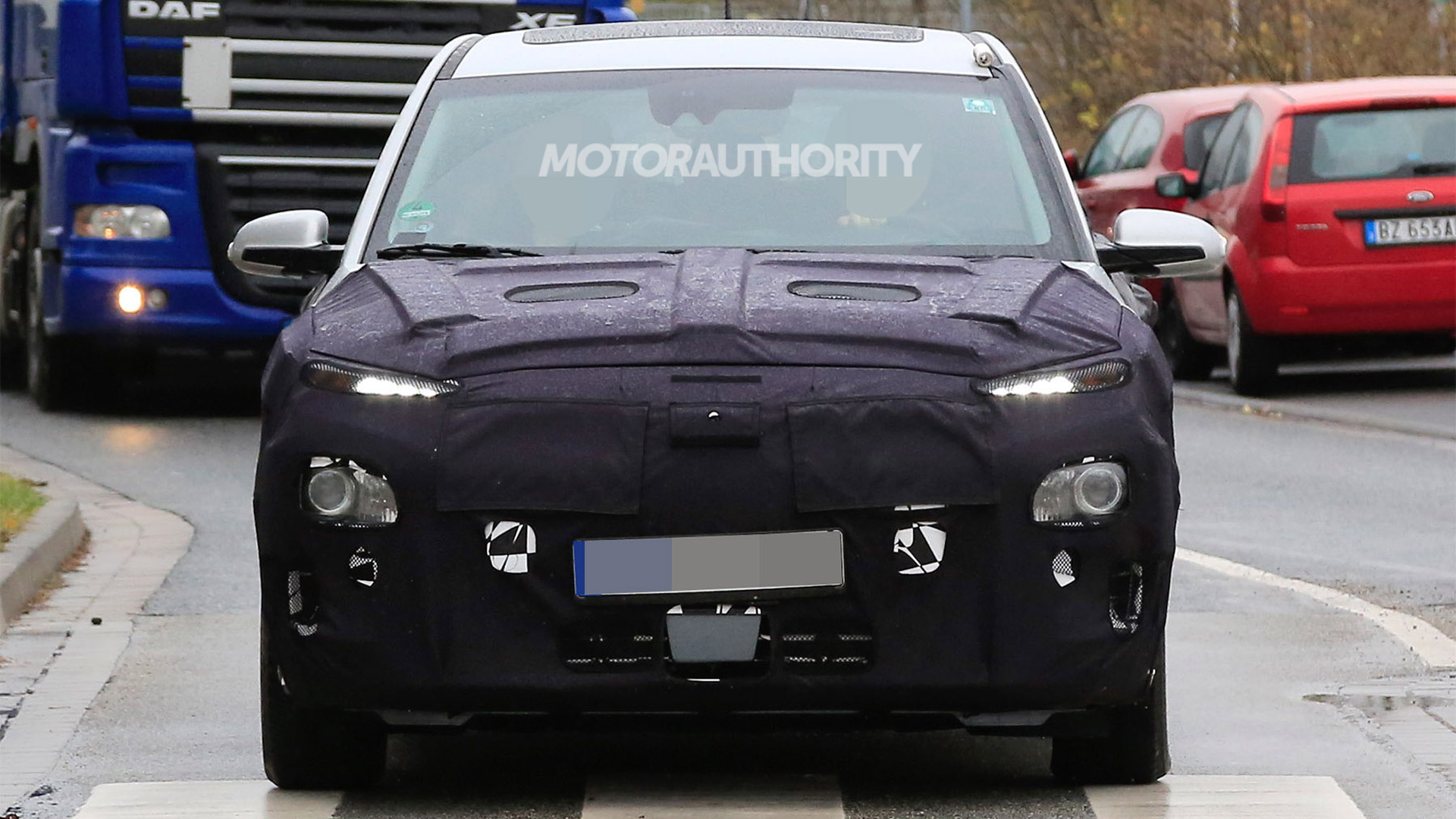 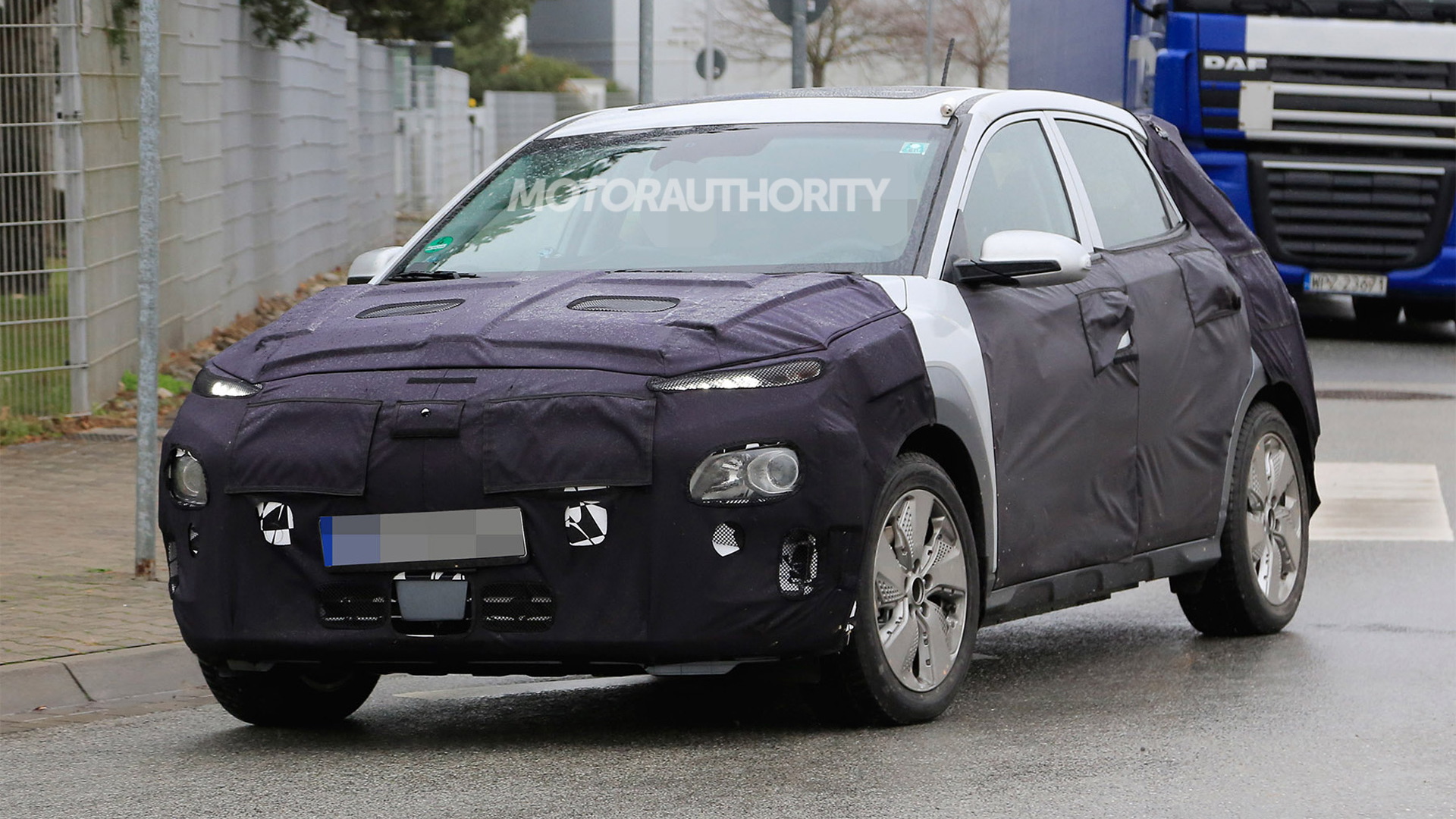 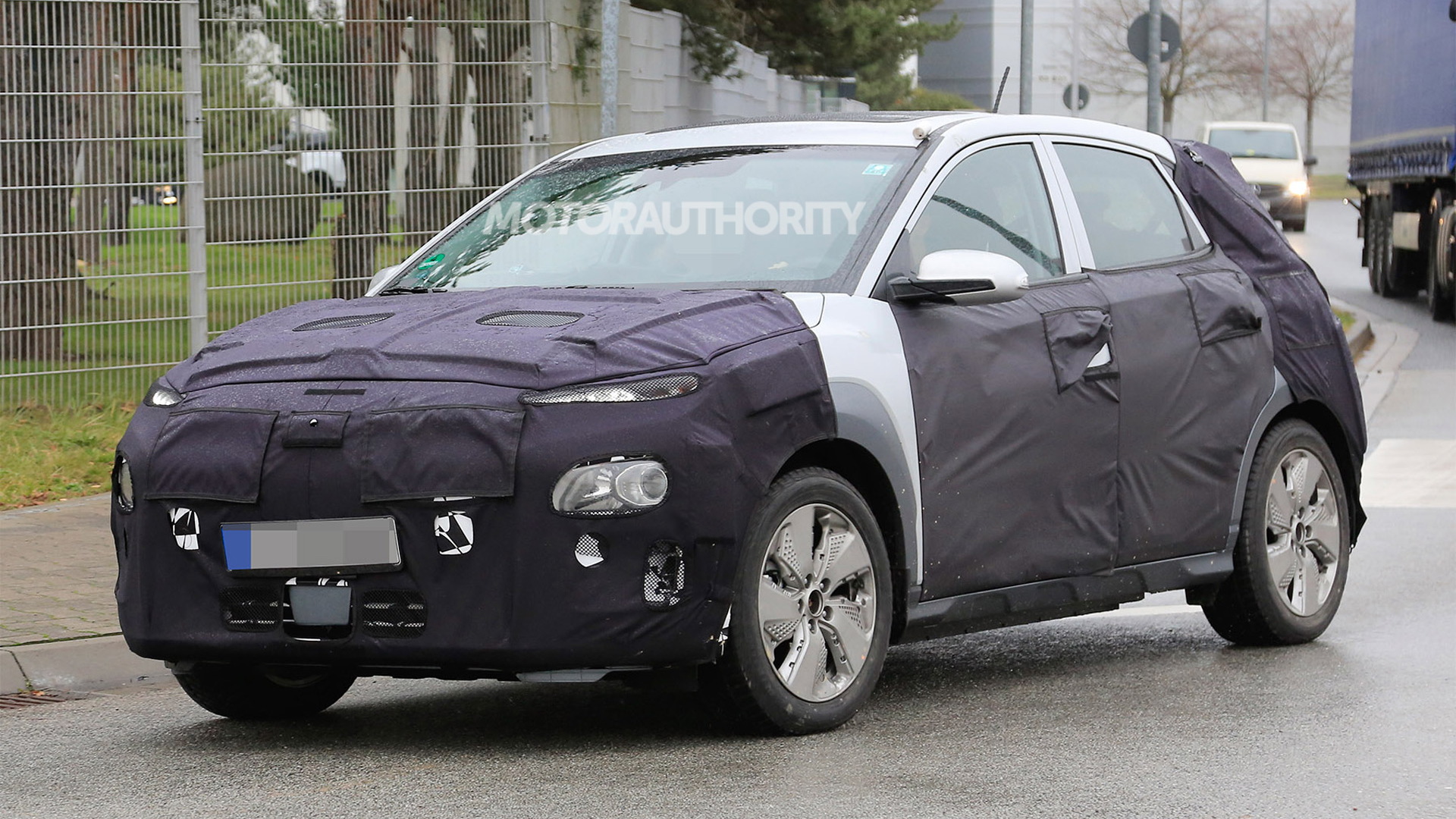 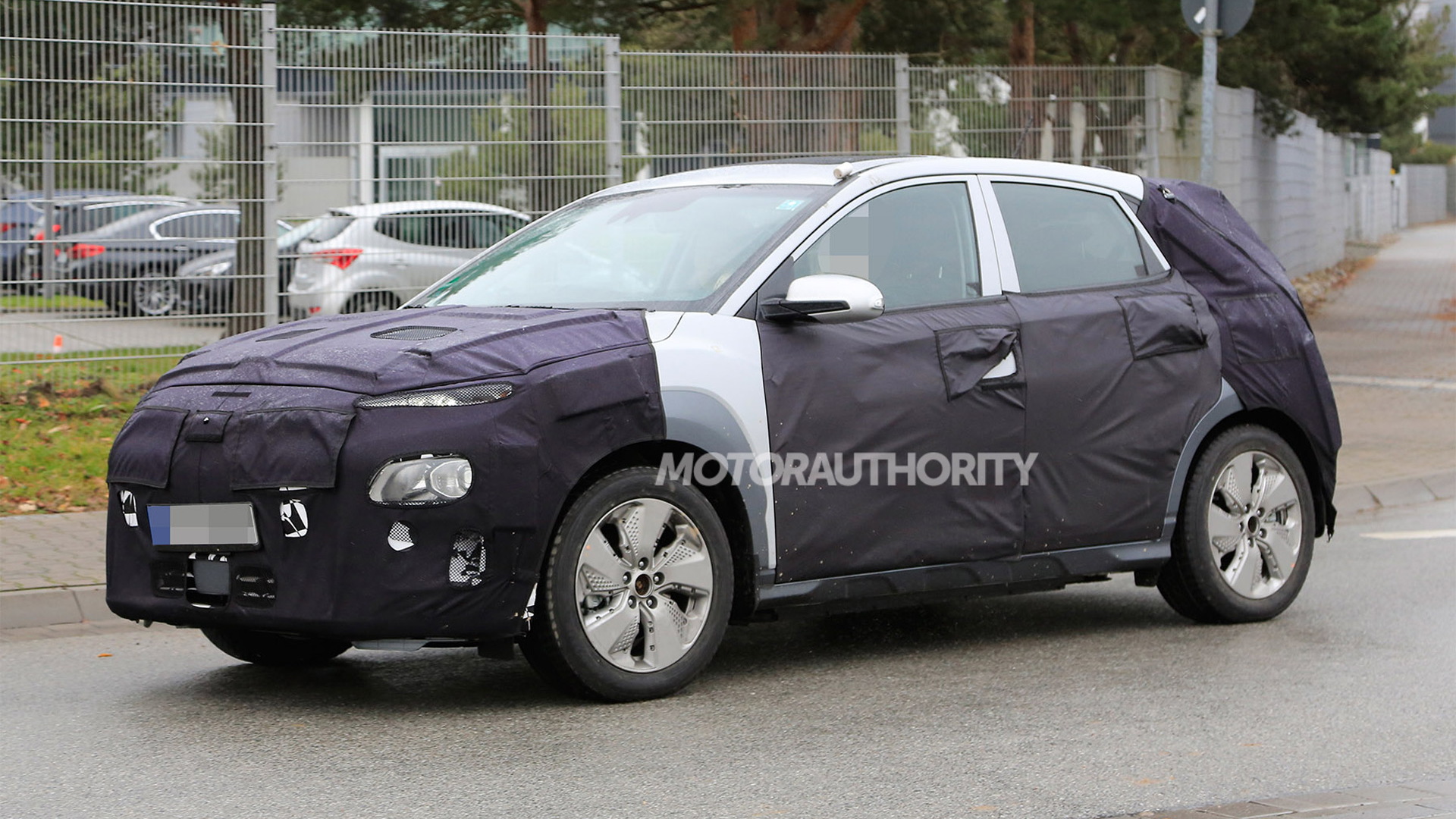 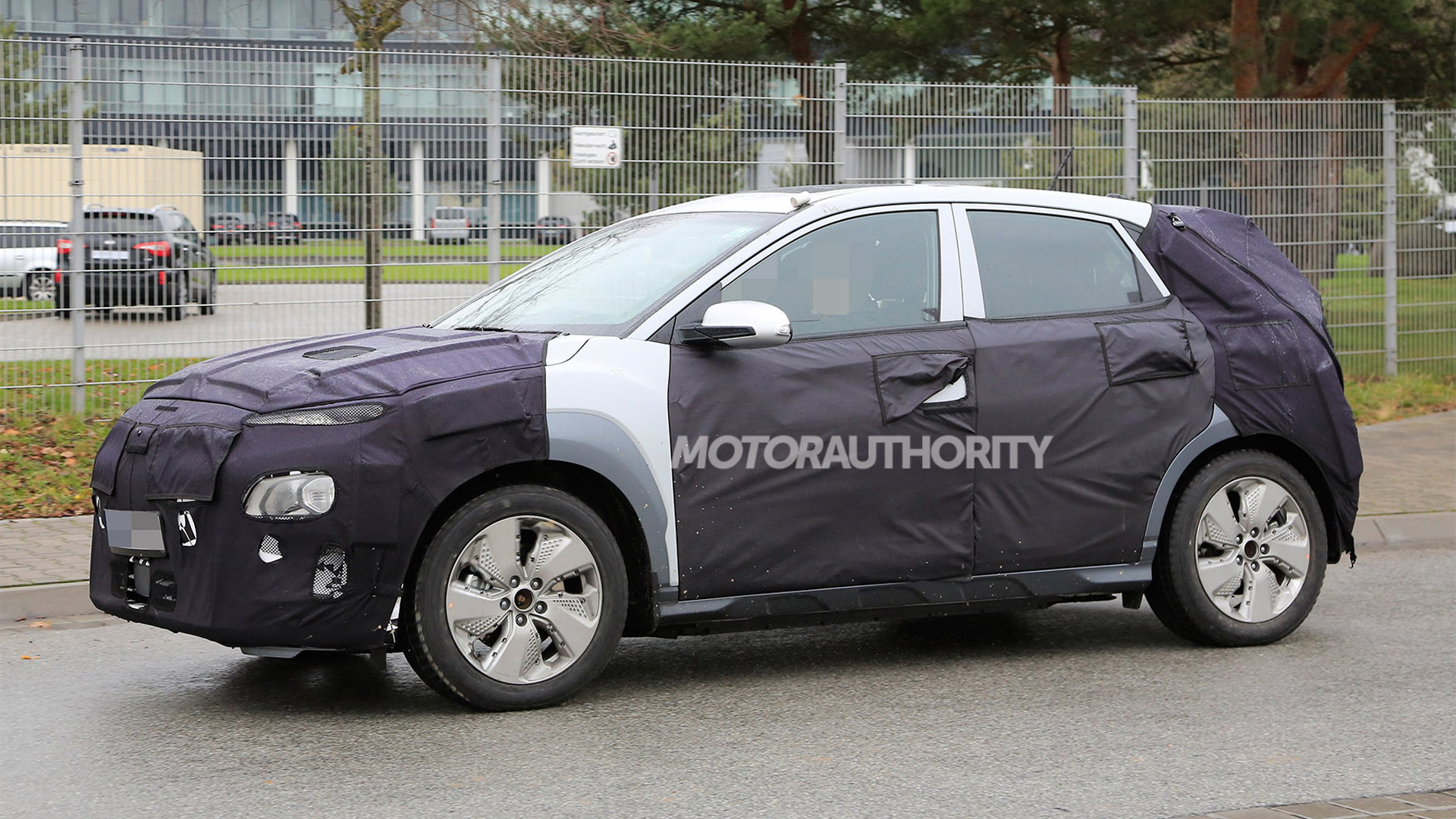 An electric version of the Hyundai Kona subcompact SUV is coming next year, and we’ve just spotted a prototype.

We know the prototype is for an electric Kona because it’s missing exhaust tips. It also sports a high-efficiency wheel pattern, and the spot where the Kona’s grille normally sits is almost completely concealed. Look for the electric Kona to feature a sealed-off grille design like the one used on Hyundai’s Ioniq Electric.

Hyundai has remained tight-lipped on the vehicle, which is expected to go by the name Kona Electric, but we have a few details.

According to the rumor mill, a 50-kilowatt-hour lithium-ion battery will provide a range exceeding 200 miles on a single charge. That’s well up on the 124 miles provided by the Ioniq Electric’s 28-kwh battery, though we hear the Ioniq Electric may soon receive a battery upgrade to keep up with its Kona sibling.

Speaking of siblings, the Kona's twin, the Kia Stonic, is also rumored to gain an electric version at some point.

Sales of the Kona Electric will commence in the second half of 2018, and we’ve heard the starting price will come in at a reasonable $39,990. The Ioniq Electric starts at $30,335.

Hyundai will also launch a fuel cell-powered SUV in 2018. This one’s likely to be a new generation of the Tucson Fuel Cell.