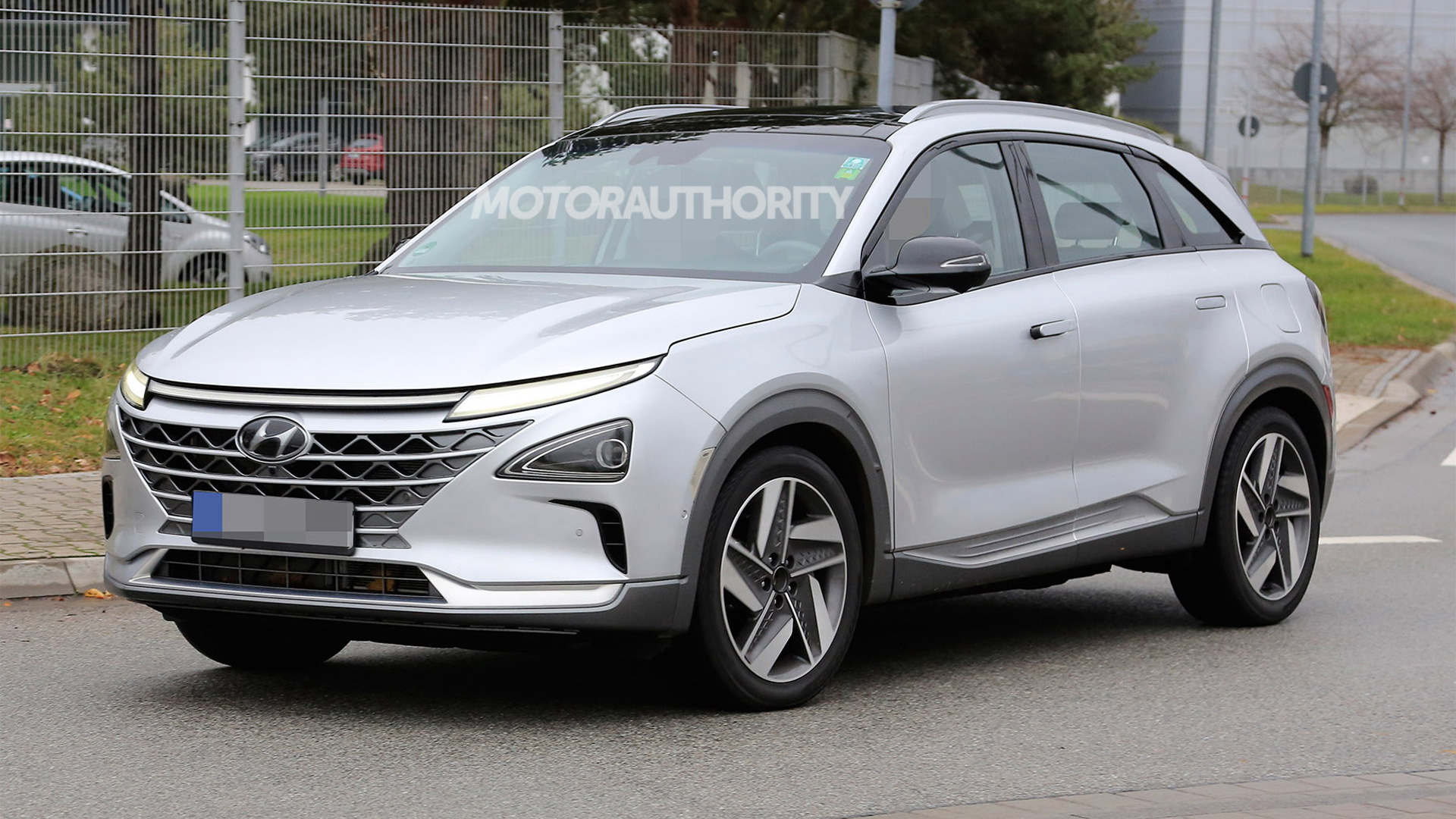 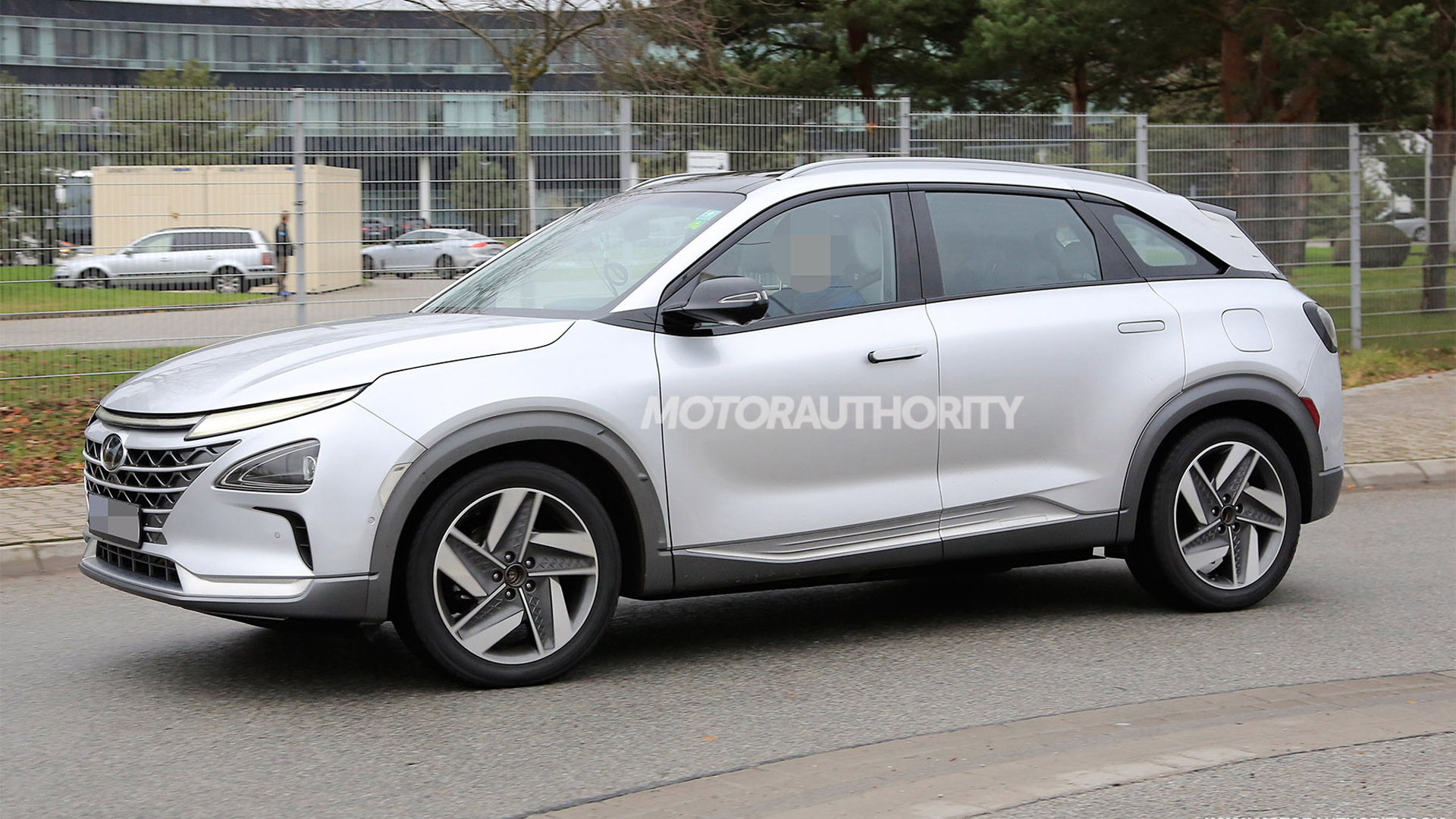 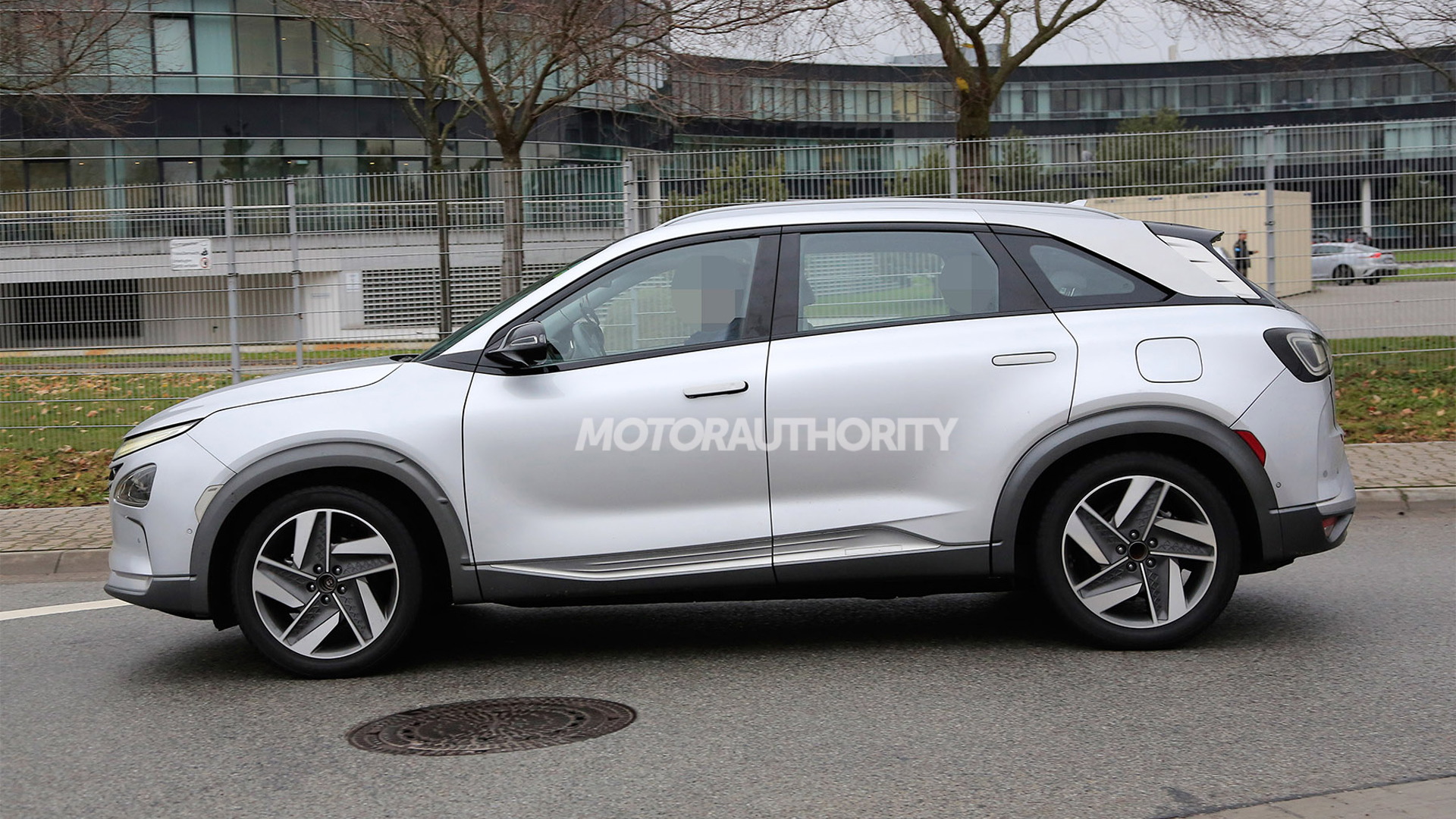 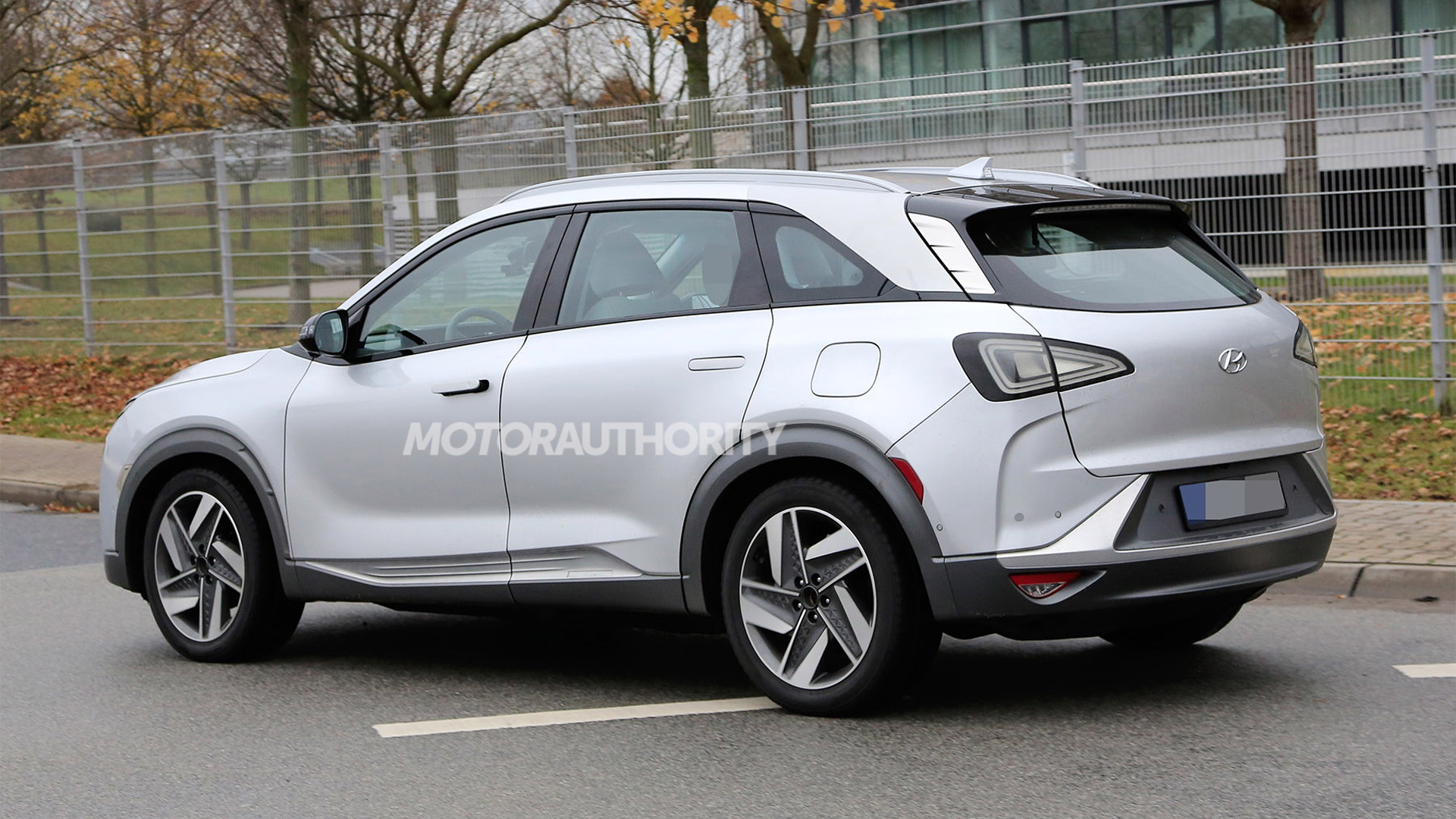 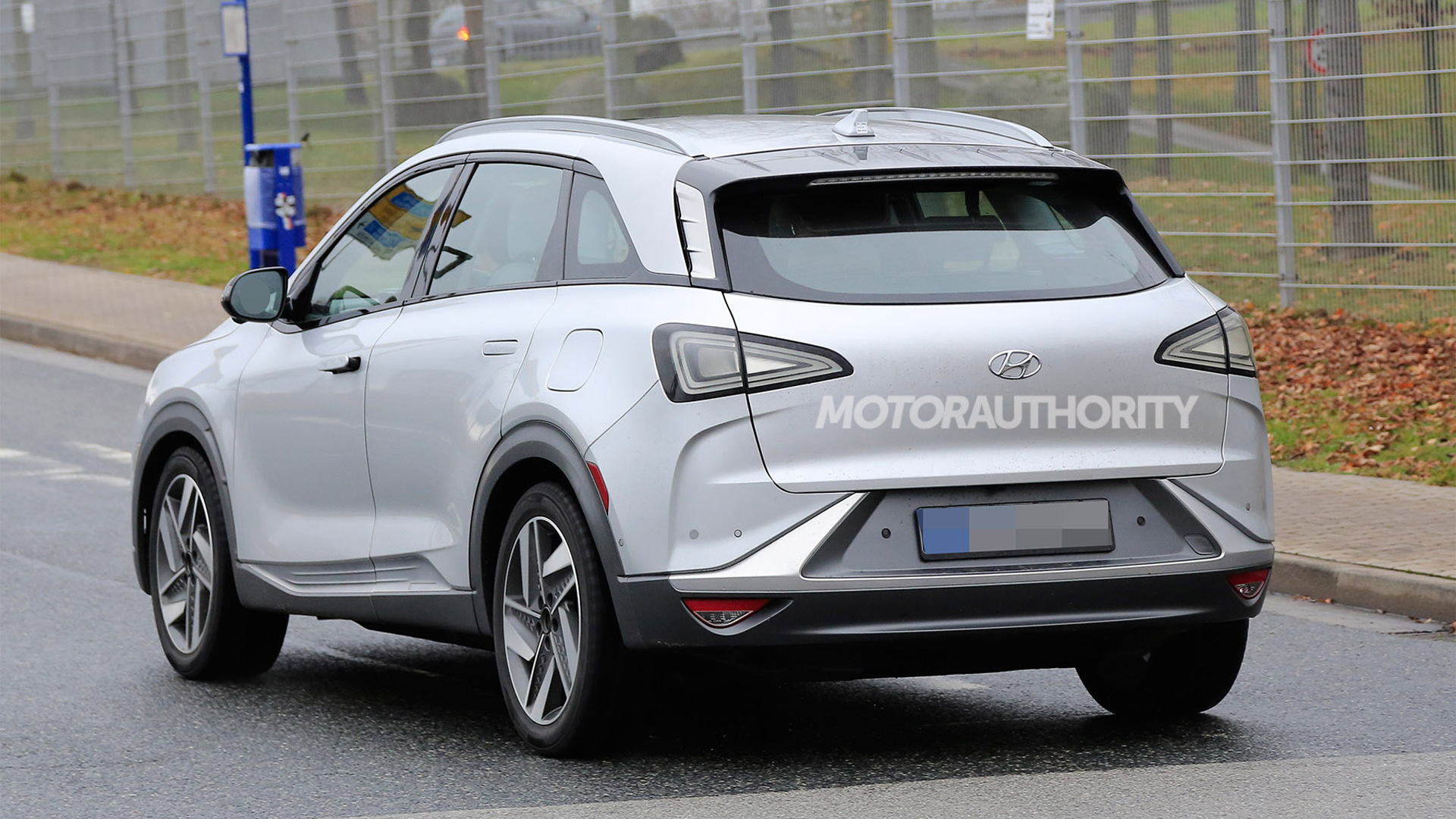 Hyundai’s new hydrogen fuel cell-powered SUV has been spotted testing for the first time. The vehicle is due on sale in early 2018, so its reveal can’t be far. This is backed by the lack of camouflage gear on the test vehicles.

An appearance at next week’s 2017 Los Angeles Auto Show is a strong possibility given the fact California is one of the few places in the world where you can actually buy hydrogen. Hyundai will also likely target the Japanese market, where the government is working with industry to establish a network of hydrogen fueling stations.

Hyundai previewed the design of its fuel cell SUV with the FE Fuel Cell concept at March’s 2017 Geneva International Motor Show. The production model looks almost identical to the concept, and hopefully the specs will be the same, too.

Hyundai claimed the concept could cover a range of almost 500 miles on a full load of hydrogen, and that its fuel cell stack was 20 percent lighter and 10 percent more efficient than the one in Hyundai's existing Tucson Fuel Cell.

In comparison, the range of the Tucson Fuel Cell is only 265 miles. Note, the concept’s figure is likely based on the European test cycle, but the production model it will spawn could well exceed the EPA-rated ranges of the other fuel cell vehicles on the market, the Toyota Mirai (312 miles) and the Honda Clarity Fuel Cell (365 miles).

The Tucson Fuel Cell is being offered for $499 per month on a 36-month lease (with $2,999 due up front), but only in a few select areas of California. We expect a similar deal for the new fuel cell SUV.

There’s still a lot of uncertainty regarding the long-term viability of hydrogen, especially as improvements in battery technology are seeing range increases for electric cars accelerate. Only last week Tesla unveiled a second-generation Roadster with a claimed highway range of 620 miles, made possible by a 200-kilowatt-hour battery.

The uncertainty is why Hyundai, smartly, is hedging its bets when it comes to alternative powertrains. Shortly after the debut of the fuel cell SUV, the Korean automaker will introduce an electric SUV, likely a Kona Electric. And in early 2019 the automaker will offer a diesel-powered SUV.