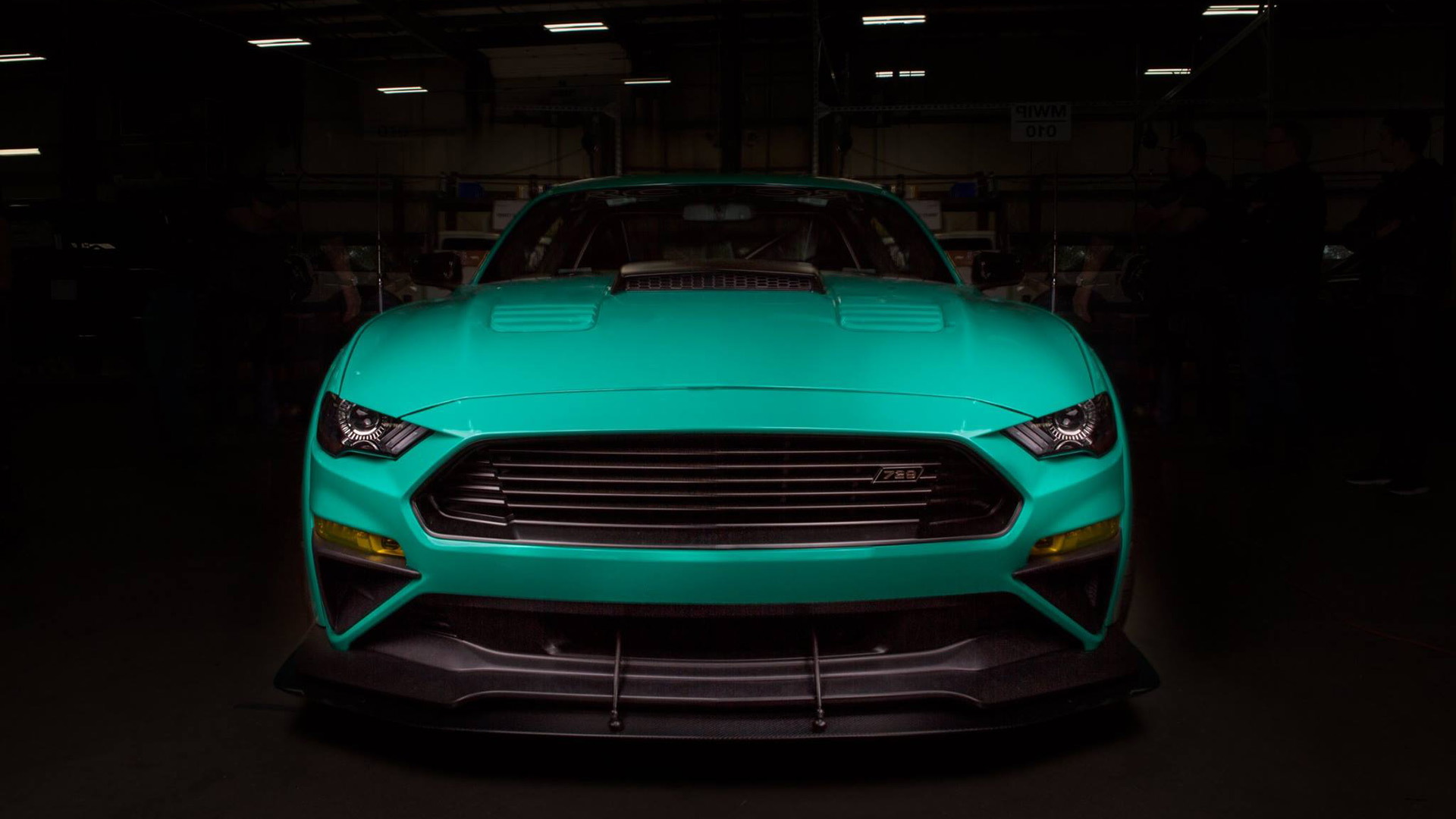 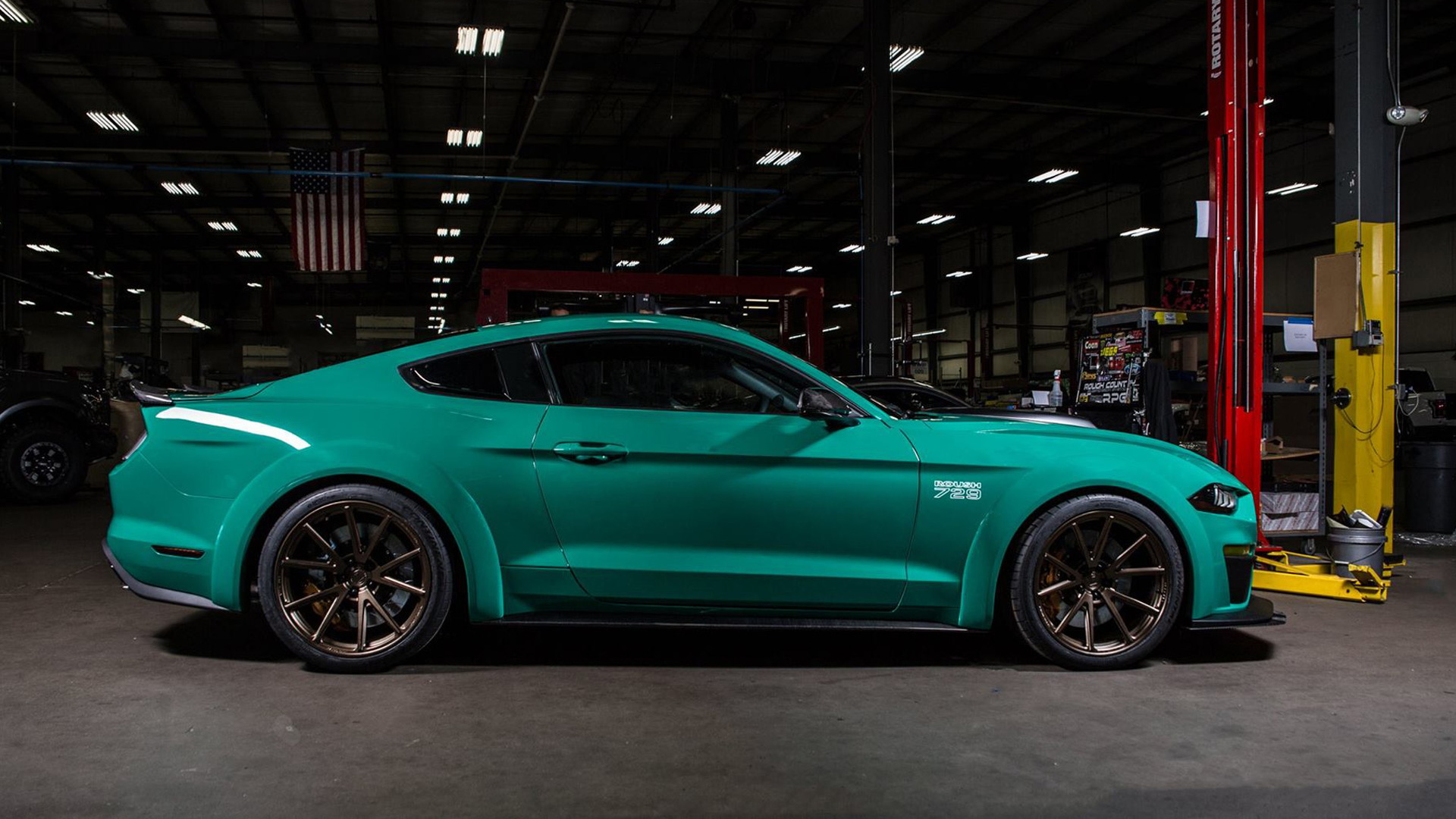 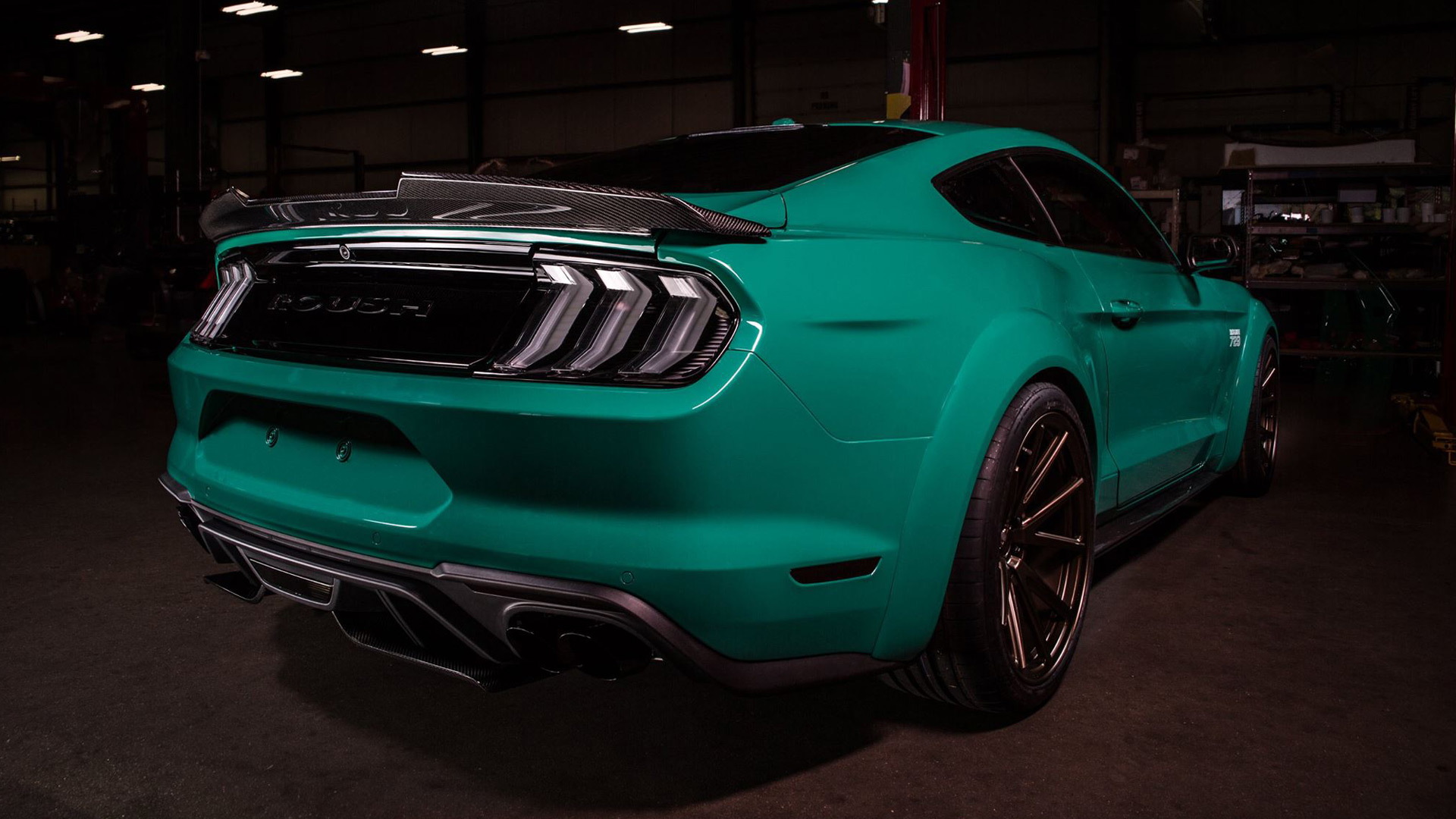 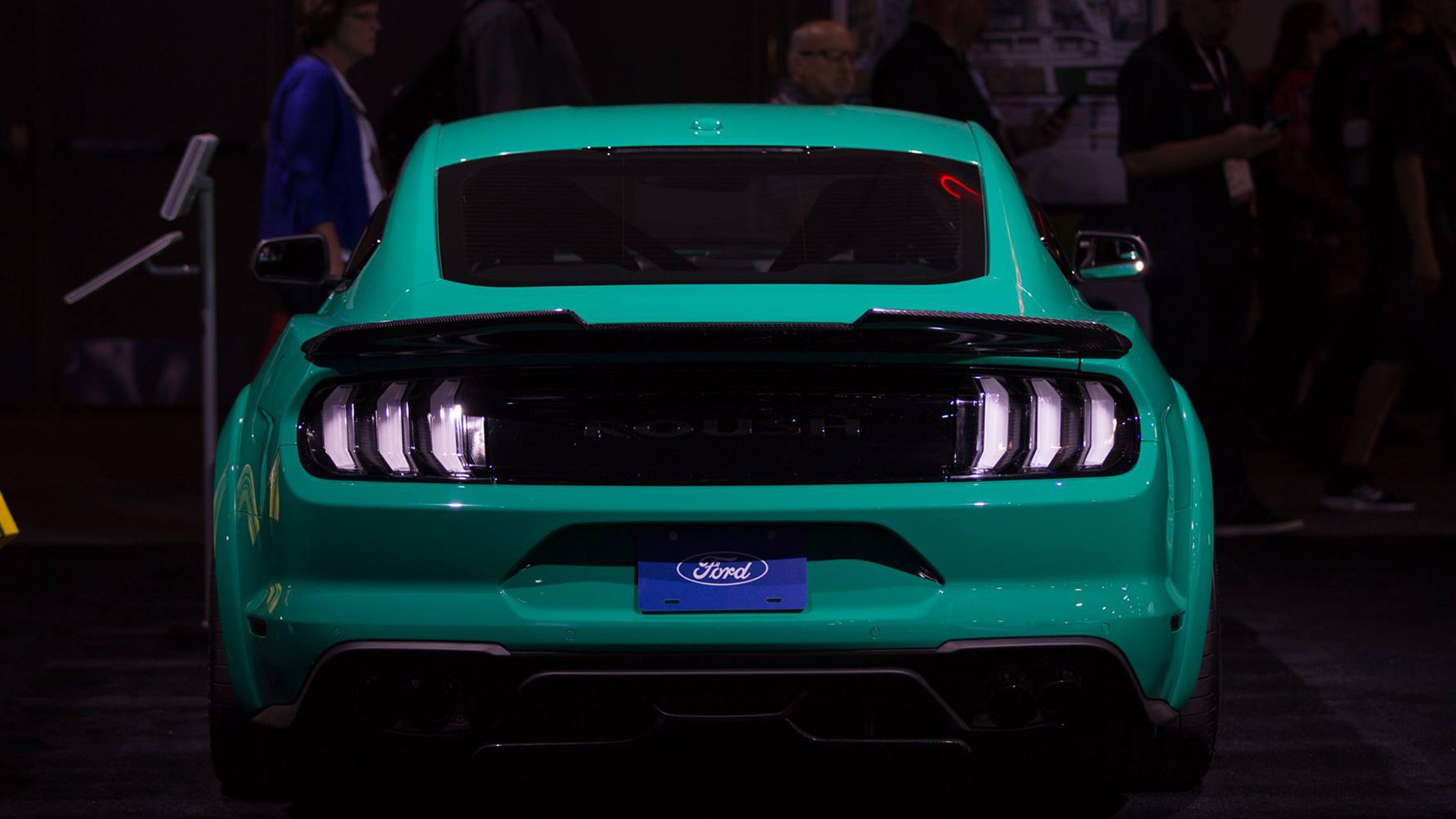 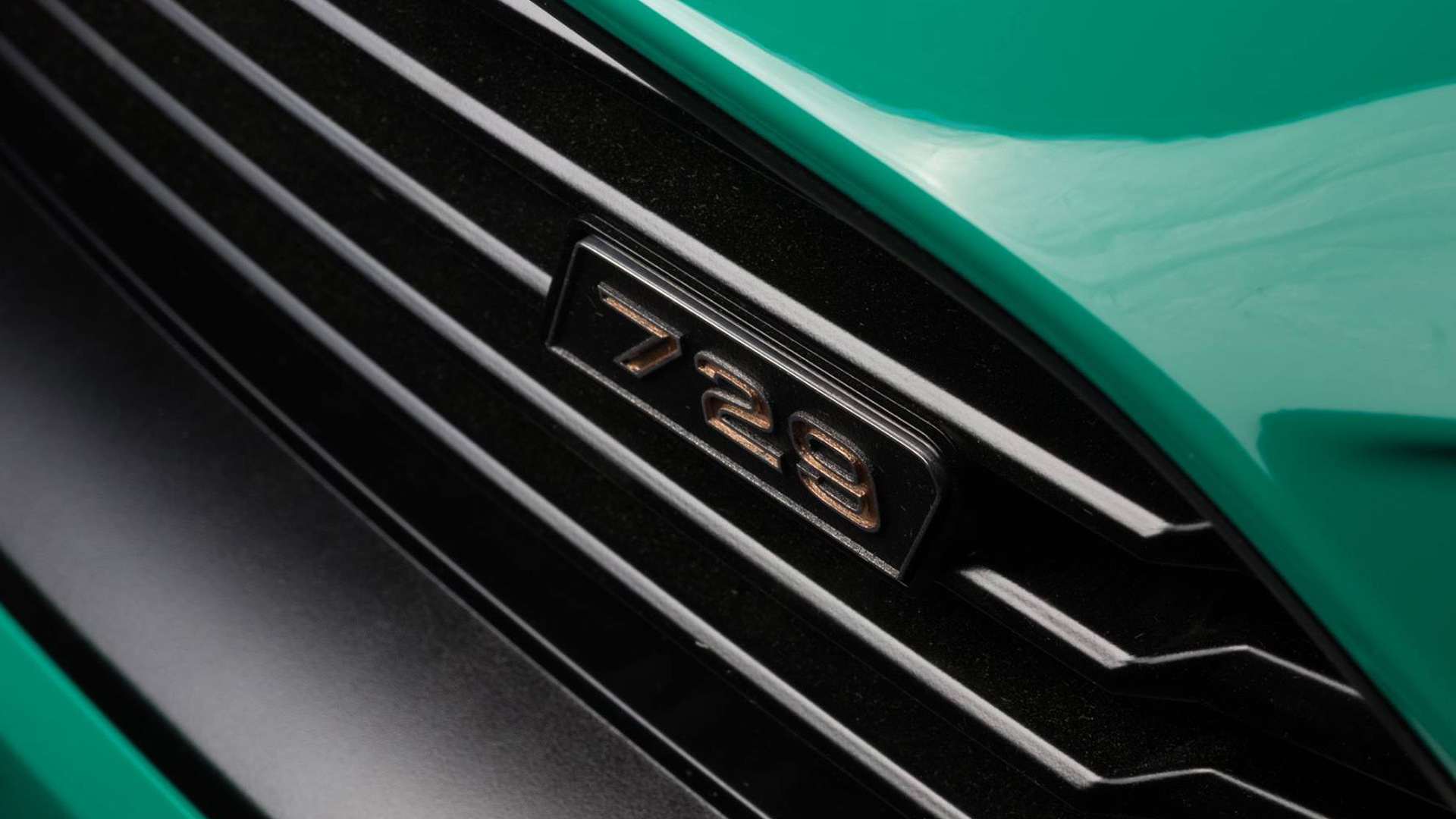 Owners of the sixth-generation Mustang are spoiled for choice when it comes to adding serious stance to their cars.

After the wide-body kits from Shelby American and Liberty Walk comes a new design from Roush.

Unveiled this week at the 2017 SEMA show, Roush has equipped its wide-body kit on a sweet ride supercharged to the tune of over 700 horsepower. The car is called the Roush Mustang 729 and that particular shade of green you see here is a boldly titled Grabber Green.

The car started off life as a 2018 Mustang GT. Roush then added its new supercharger kit developed with Ford Performance. The company also added a functional hood scoop feeding air into a ram air intake and cold air intake. After the air is mixed with fuel and burnt in the engine, it exits out of a custom high-flow exhaust system.

Inside, the theme is pure racecar. Recaro racing seats are found at the front, with the driver and front passenger held down by Sparco 4-point harnesses. There’s no seat in the rear, as Roush has replaced this with an Anderson Composites carbon fiber rear seat delete. The final touch is a Watson Racing roll cage.