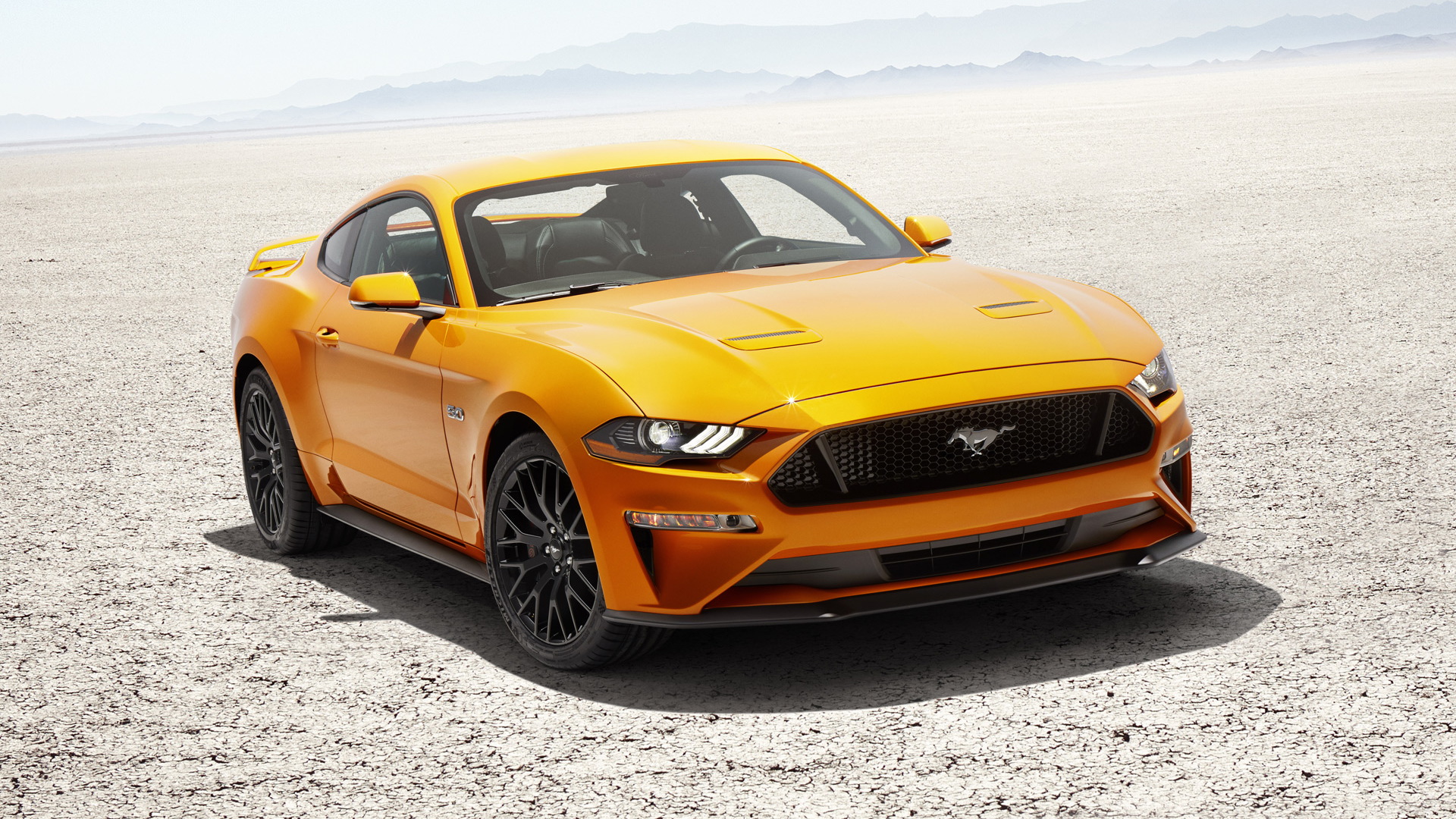 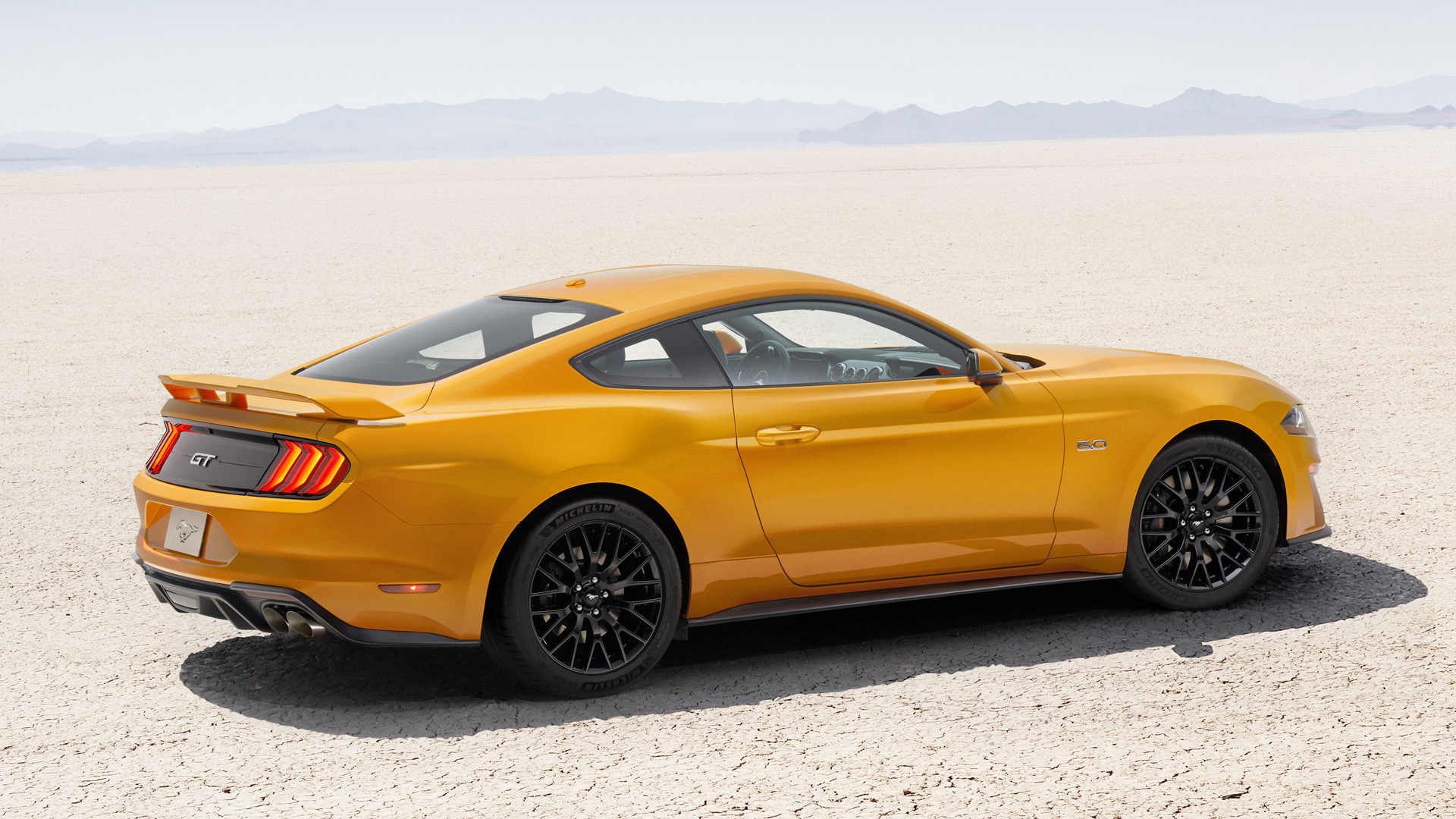 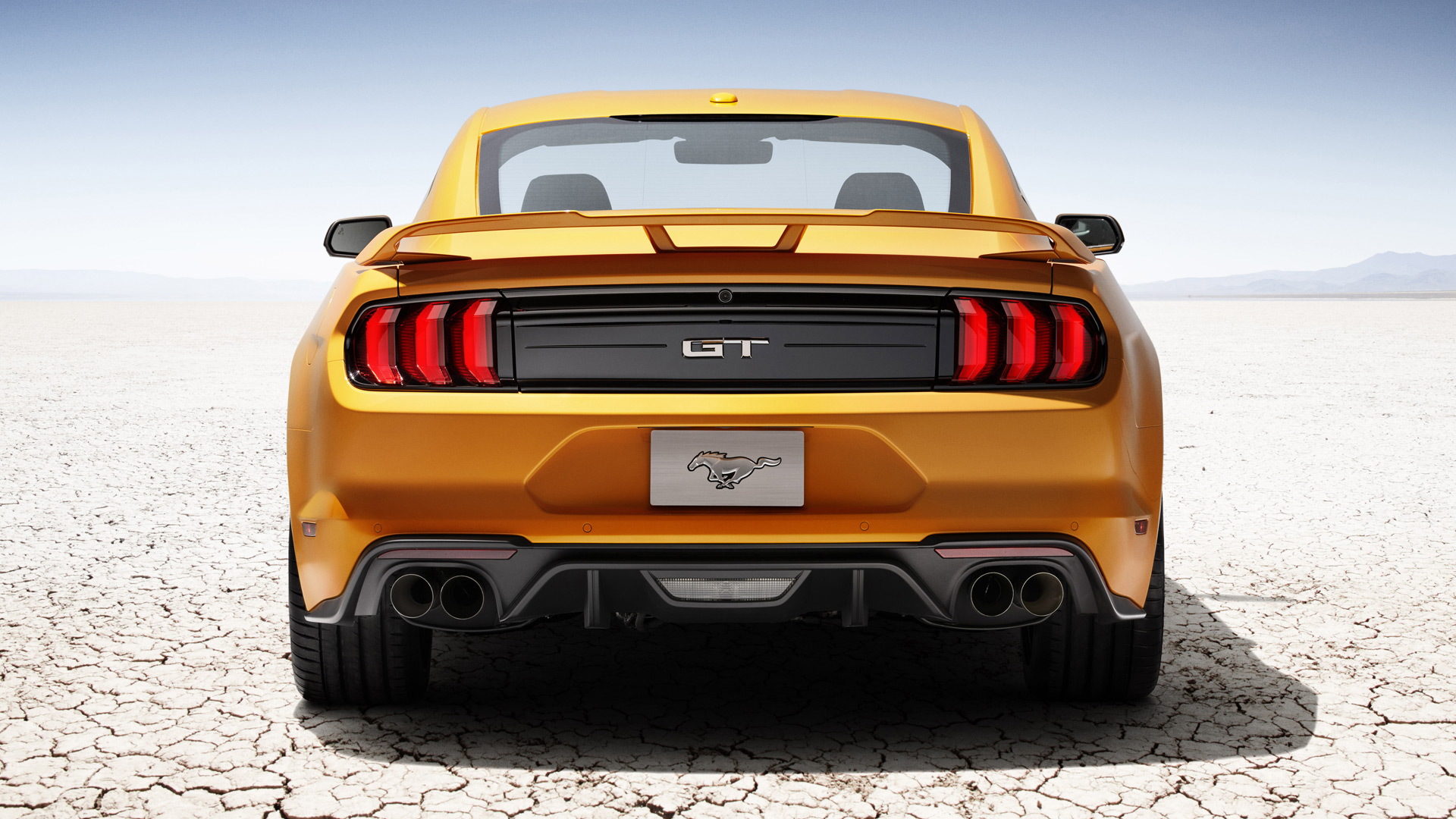 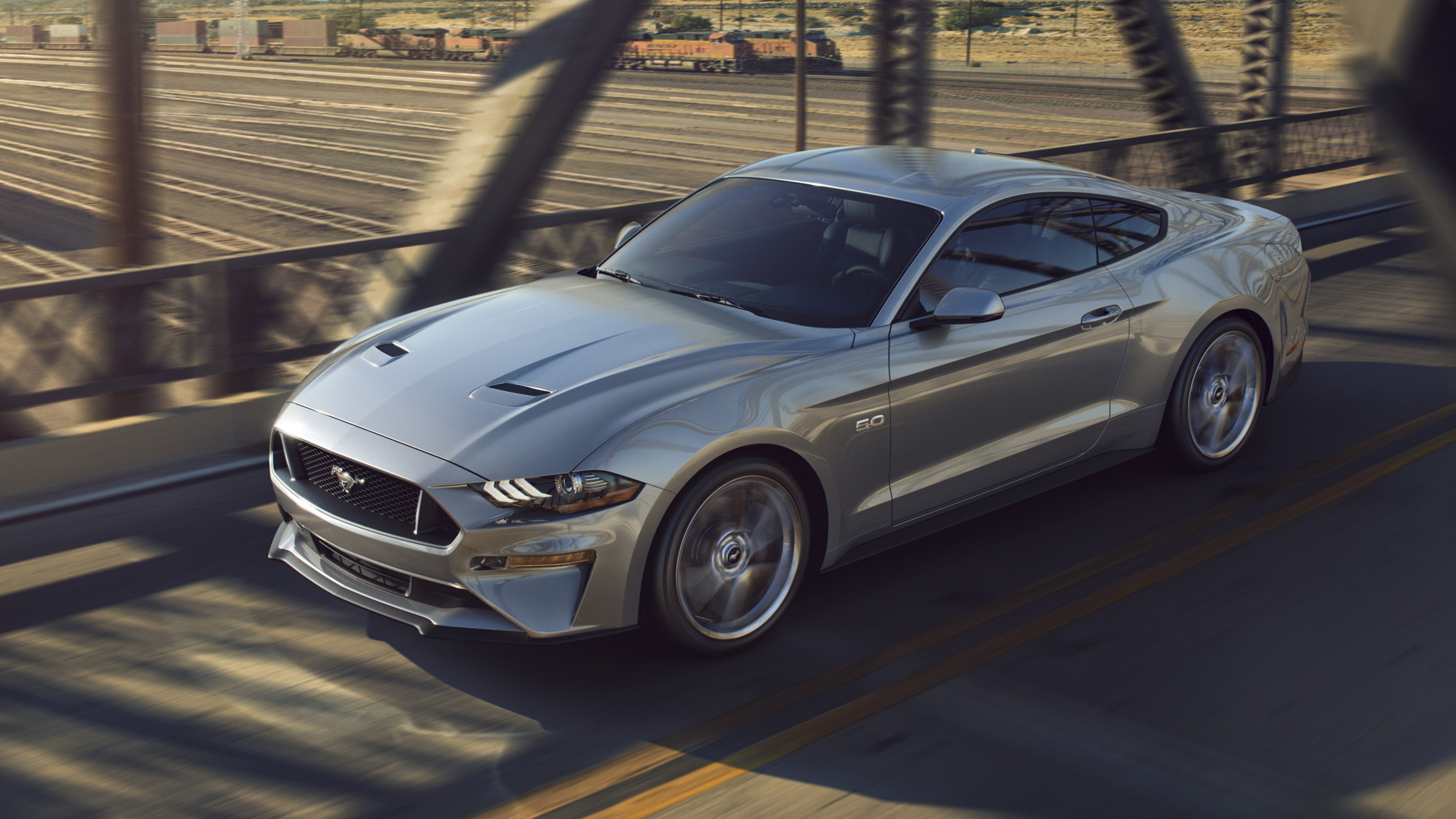 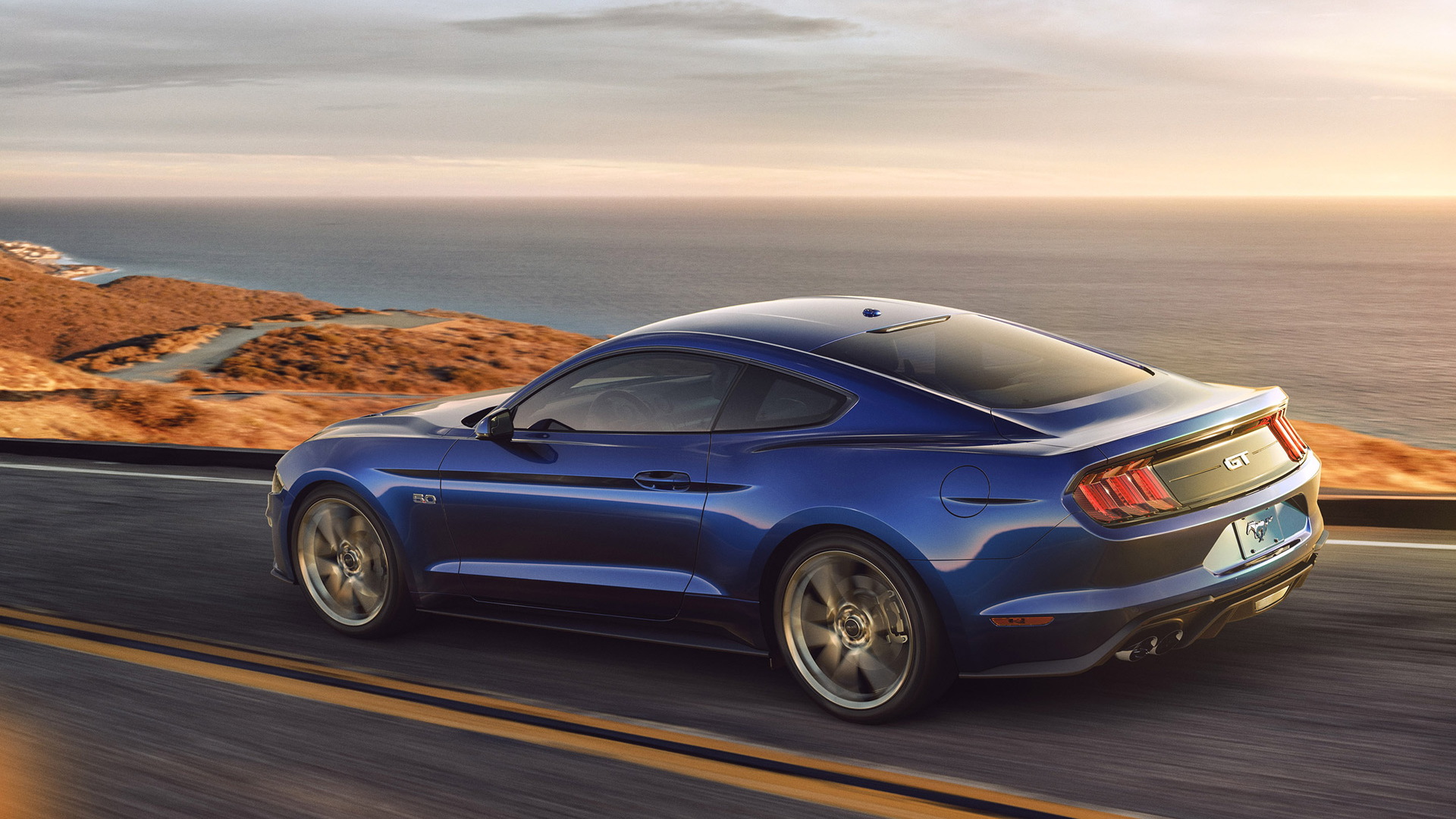 The 2018 model year sees the 6th-generation Mustang receive some significant updates, including revised styling, new tech and more power for the available V-8.

Why such an extensive update for a top-seller like the Mustang? The battle between America’s muscle cars has never been fiercer. The 6th-generation Camaro lobbed a brick through the Mustang’s window—and the Challenger SRT Demon has been terrorizing both. It was only a matter of time before Ford responded.

The obvious Mustang updates come up front. The new face looks angrier, like it's scowling. The headlights are sharper, while new intakes brace the lower corners of the front bumper, and in the rear there's a new quad exhaust setup on the V-8-powered Mustang GT.

The cockpit's familiar but has been updated with a new gauge cluster. The all-digital unit spans over a foot of space in front of the driver. The gauge cluster can change depending on which driving mode the car is in to show the most relevant information.

Under the hood there are fewer options than last year. The V-6 Mustang has been retired. Base Mustangs are now powered by a 2.3-liter turbocharged inline-4, rated at 310 horsepower and 350 pound-feet of torque, up 30 lb-ft on last year’s rating.

Power obviously still goes to the rear wheels through either a redesigned 6-speed manual or a new 10-speed automatic that was co-developed with General Motors.

In terms of safety, Ford will offer new driver assistance tech never previously offered on the Mustang. The car will now get an available pre-collision system with pedestrian detection, lane departure warning and more.

Of course, everything we've just talked about will be available in coupe or convertible form.

Interestingly, there haven’t been any significant changes for the Mustang Shelby GT350 and GT350R models, which come with a 5.2-liter V-8 good for 526 hp and 429 lb-ft. In fact, the track-focused cars even skip the revised styling. There could, however, be a new Mustang Shelby GT500 introduced but Ford is keeping details on the car close to its chest for now.

Learn more about the Ford Mustang by reading the in-depth reviews at The Car Connection.