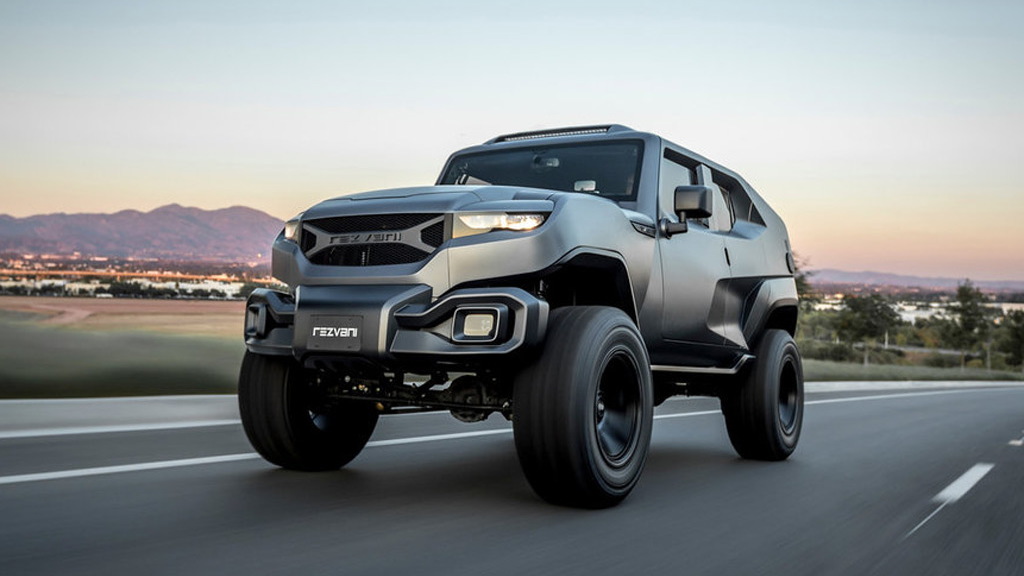 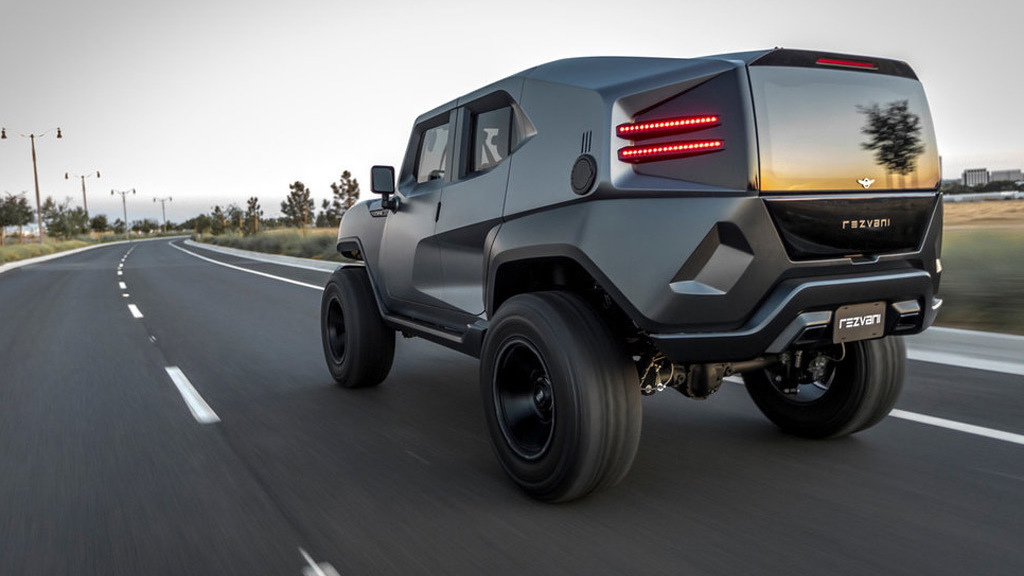 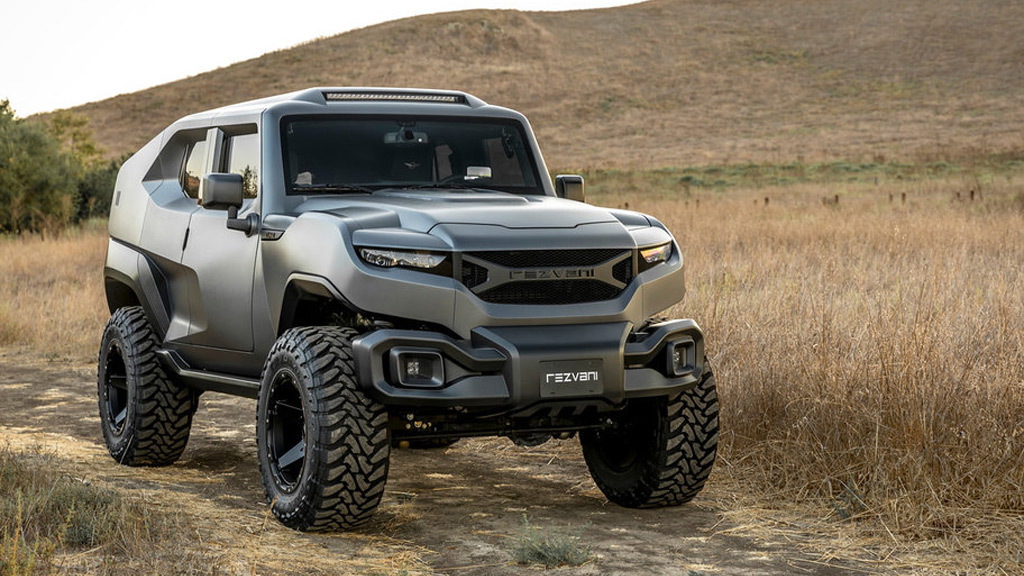 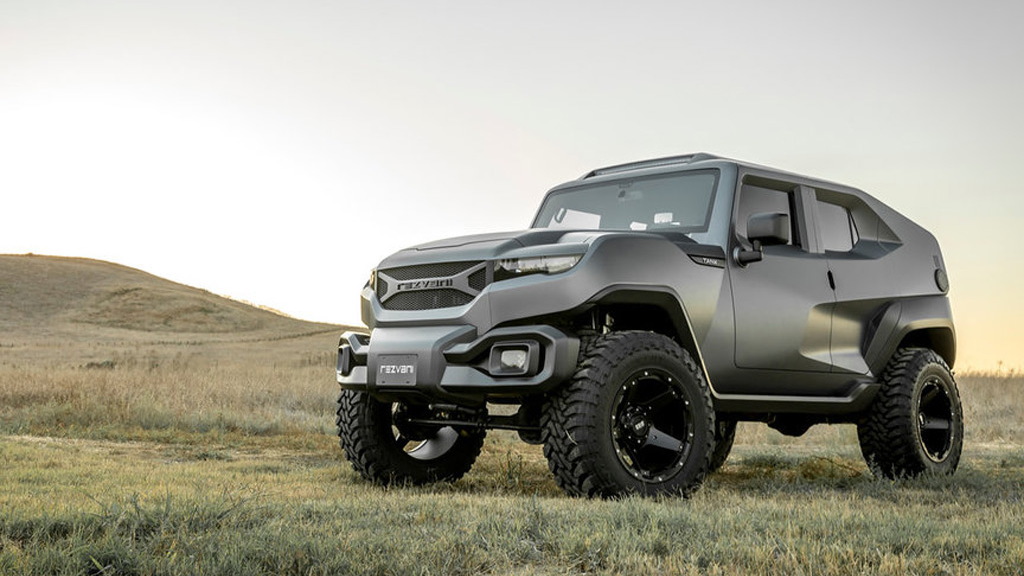 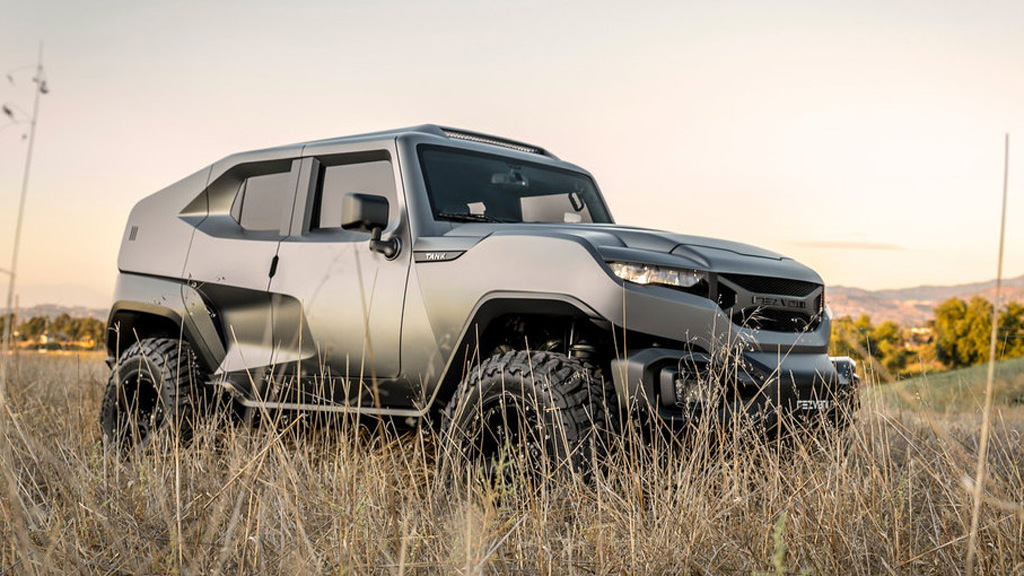 Having impressed us with its sports car designs over the years, Californian coachbuilder Rezvani has now tackled the SUV segment with the imposing Tank off-roader.

Based on the Jeep Wrangler, the vehicle boasts a 500-horsepower V-8, suicide-style rear doors and night vision. Everything about this vehicle is extreme, including pricing which starts at $178,000.

Then again, perhaps the price is a bit of a bargain when you consider what Rezvani has on its hands.

The Tank is a military-inspired vehicle whose design is so edgy it puts stealth aircraft to shame. But it also has the grunt to back up its looks thanks to a 6.4-liter V-8 under the hood. The engine is the same one found in non-Hellcat SRTs, and in the Tank it delivers 430 pound-feet of twist to go with the 500 horses.

Like with its Beast sports car introduced for 2016, Rezvani has more powertrain options planned, one offering less power than at present and one with more. The tamer option is expected to be Fiat Chrysler Automobiles’ 3.6-liter V-6. We have our fingers crossed that the more powerful option will be the Hellcat. Some firms already offer Hellcat-powered Wranglers, so we know it’s possible.

Keeping with the military theme, the Tank boasts options such as a thermal camera for night operations and bullet-resistant armor protection. In its previous announcement, Rezvani listed B6 glass, Kevlar body panels, and a Kevlar fuel tank as upgrades available in its armor protection package.

There’s off-road capability, too, helped along by the donor Wrangler. Rezvani says there are two off-road packages to choose from but doesn’t provide much in the way of details. We do know, however, that there’s a driver-selectable 4-wheel-drive system.

The cabin also reflects the Tank’s Wrangler roots. However, Rezvani has dressed things up by adding the suicide-style doors, which by the way are power operated. Rezvani also installs its own seats and includes a head-up display.

Rezvani is currently taking $1,000 deposits for the Tank and plans to deliver the first units by the end of the year.