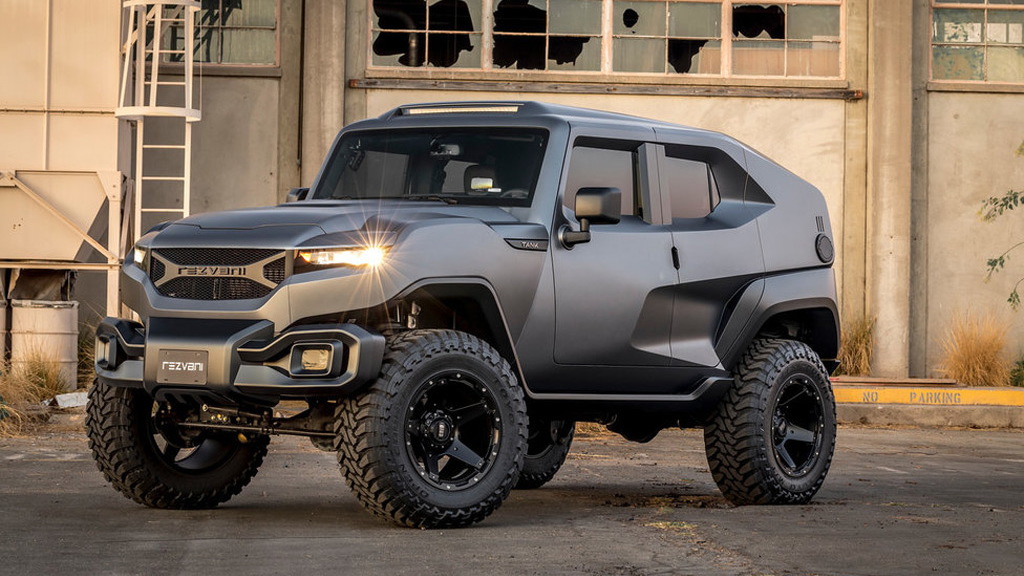 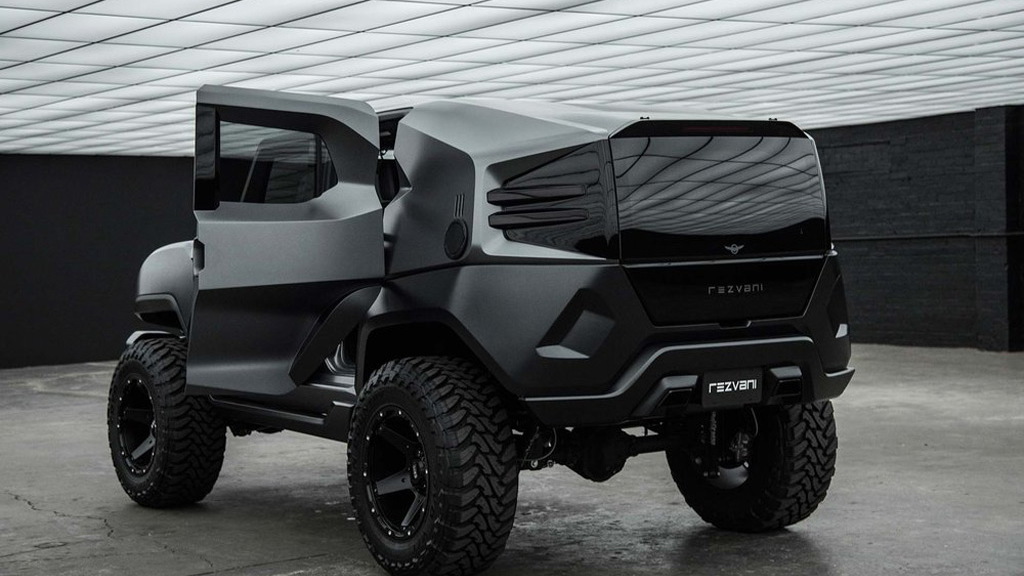 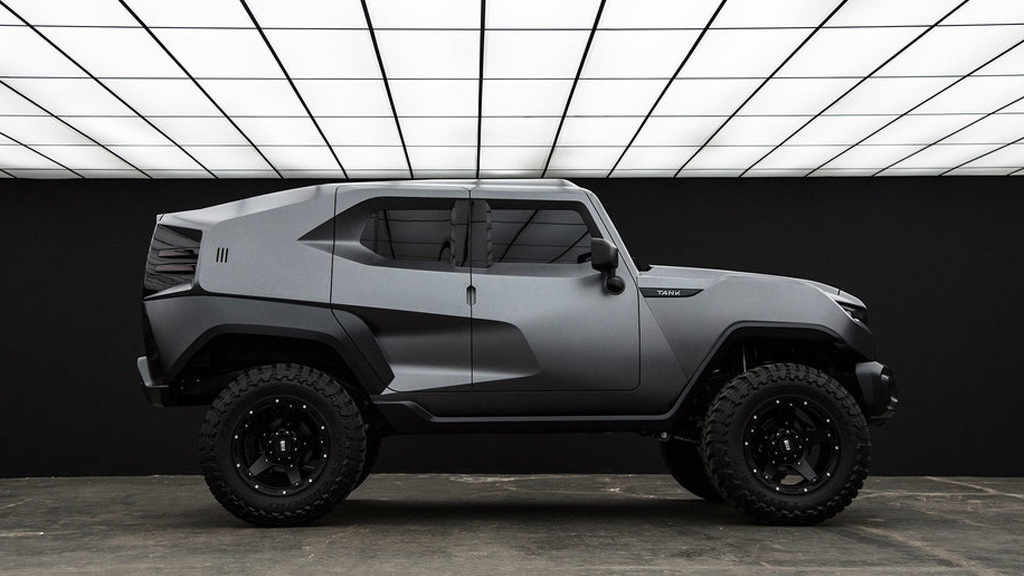 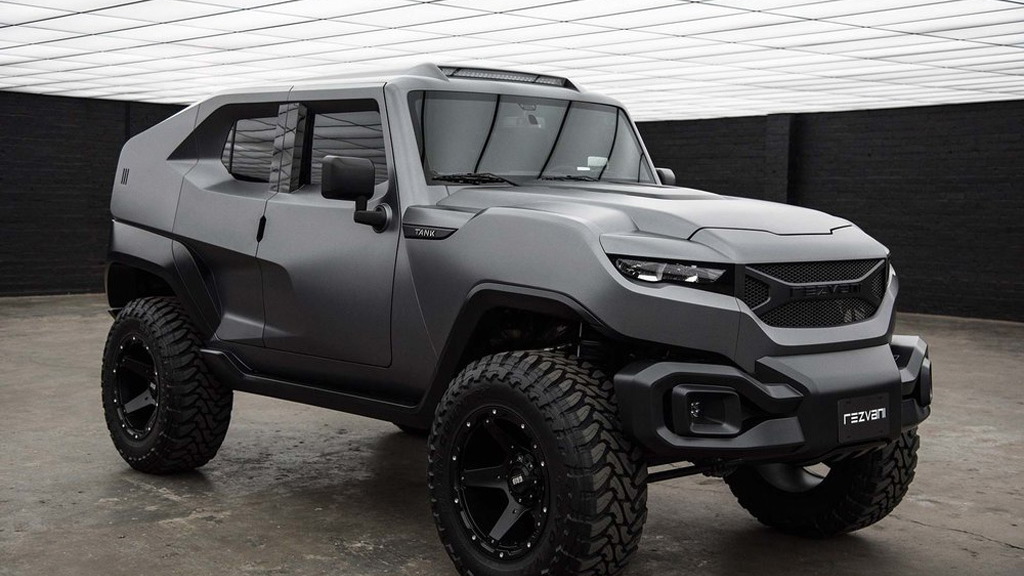 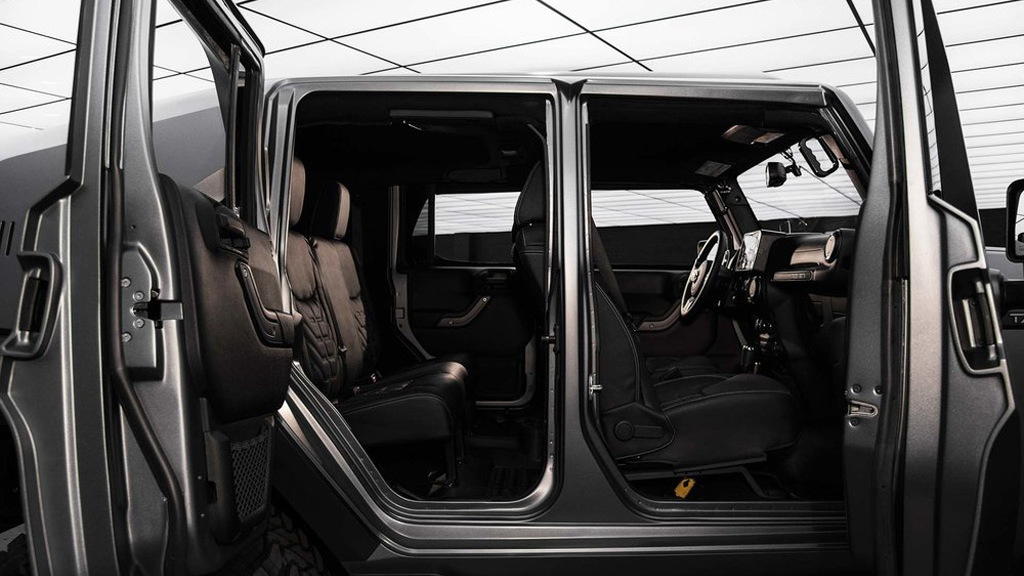 Rezvani debuted its Jeep Wrangler-based Tank SUV earlier in October. At the debut, the vehicle was equipped with a 6.4-liter Hemi V-8.

But for those buyers not in need of such a big, stonking engine, Rezvani has a smaller option. The Californian firm on Tuesday at the 2017 SEMA show revealed a V-6 powered Tank for the more frugal minded.

Aside from the V-6, the less expensive off-road rig includes identical features to the more expensive V-8 powered Tank.

Among the off-the-wall features are a thermal camera for night operations and bullet-resistant armor protection, which includes B6 glass, Kevlar body panels, and a Kevlar fuel tank. Rezvani also described two off-road packages at the Tank's initial debut, but we still don't have many details. We know there’s a driver-selectable 4-wheel-drive system at a minimum, and since the Wrangler provides the Tank's bones, it'll surely be capable. Inside, the Tank is awash with leather and suede surfaces.

Both Tank models are available for pre-order via Rezvani's website. Deliveries will commence next year.