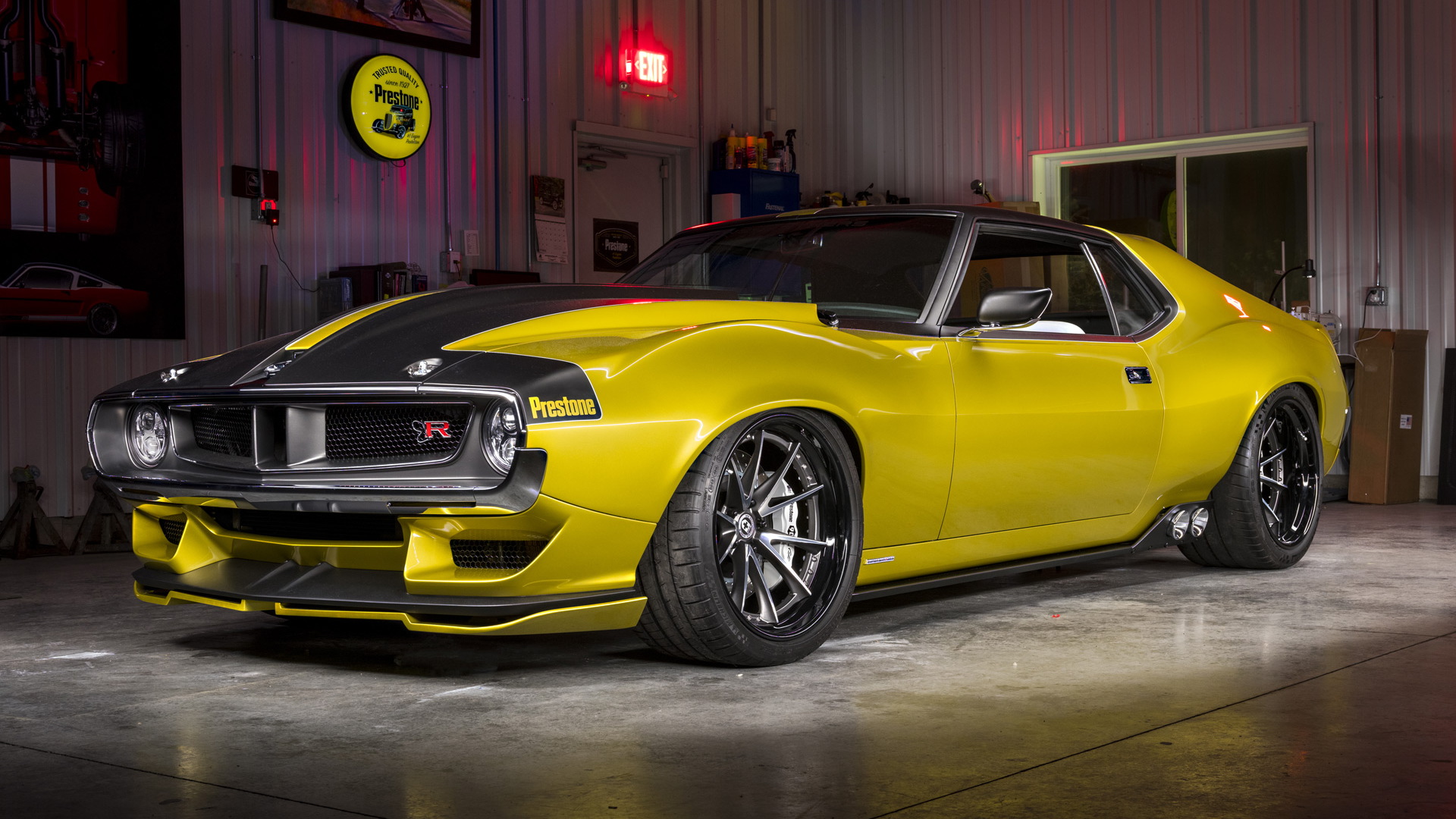 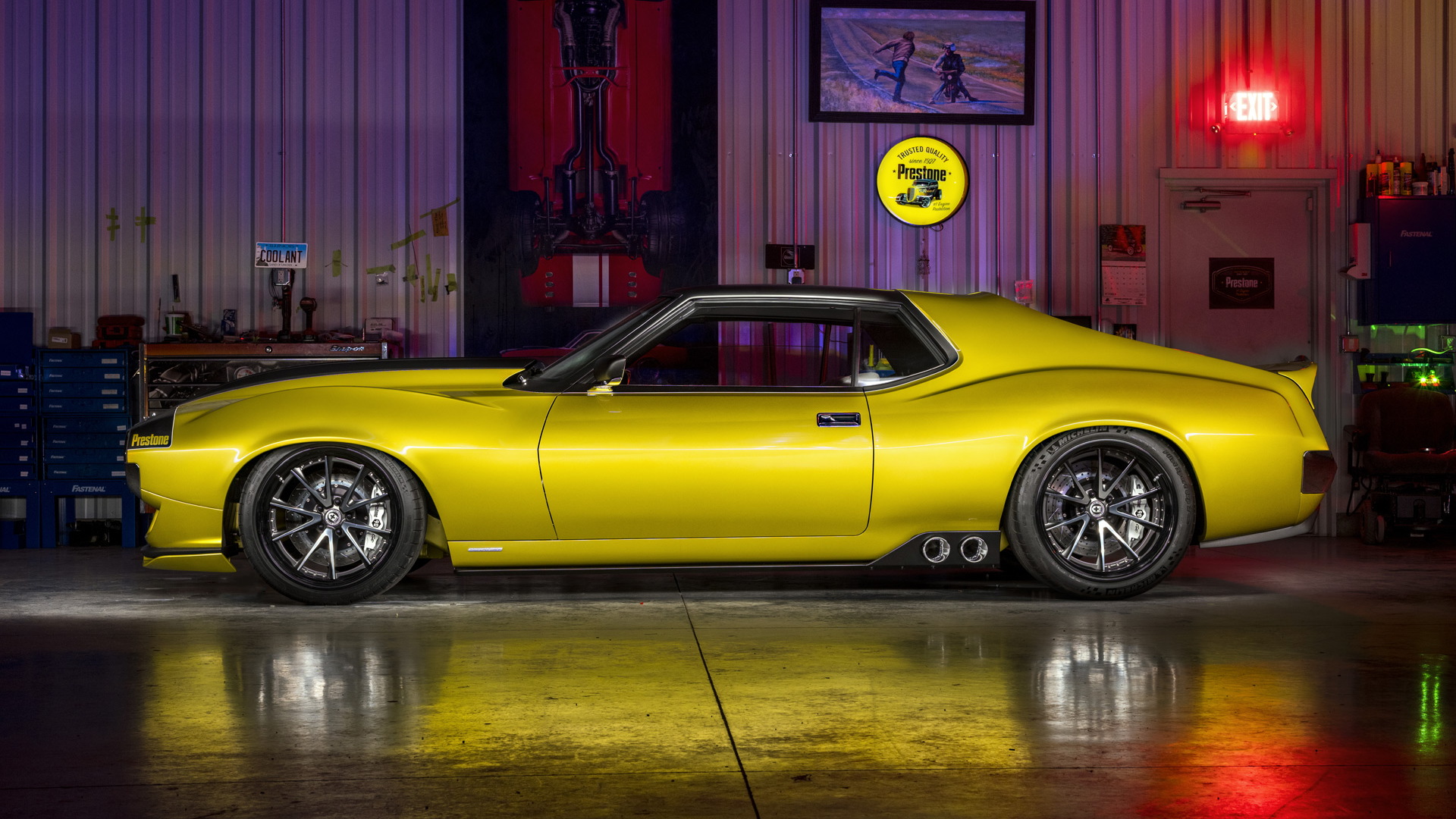 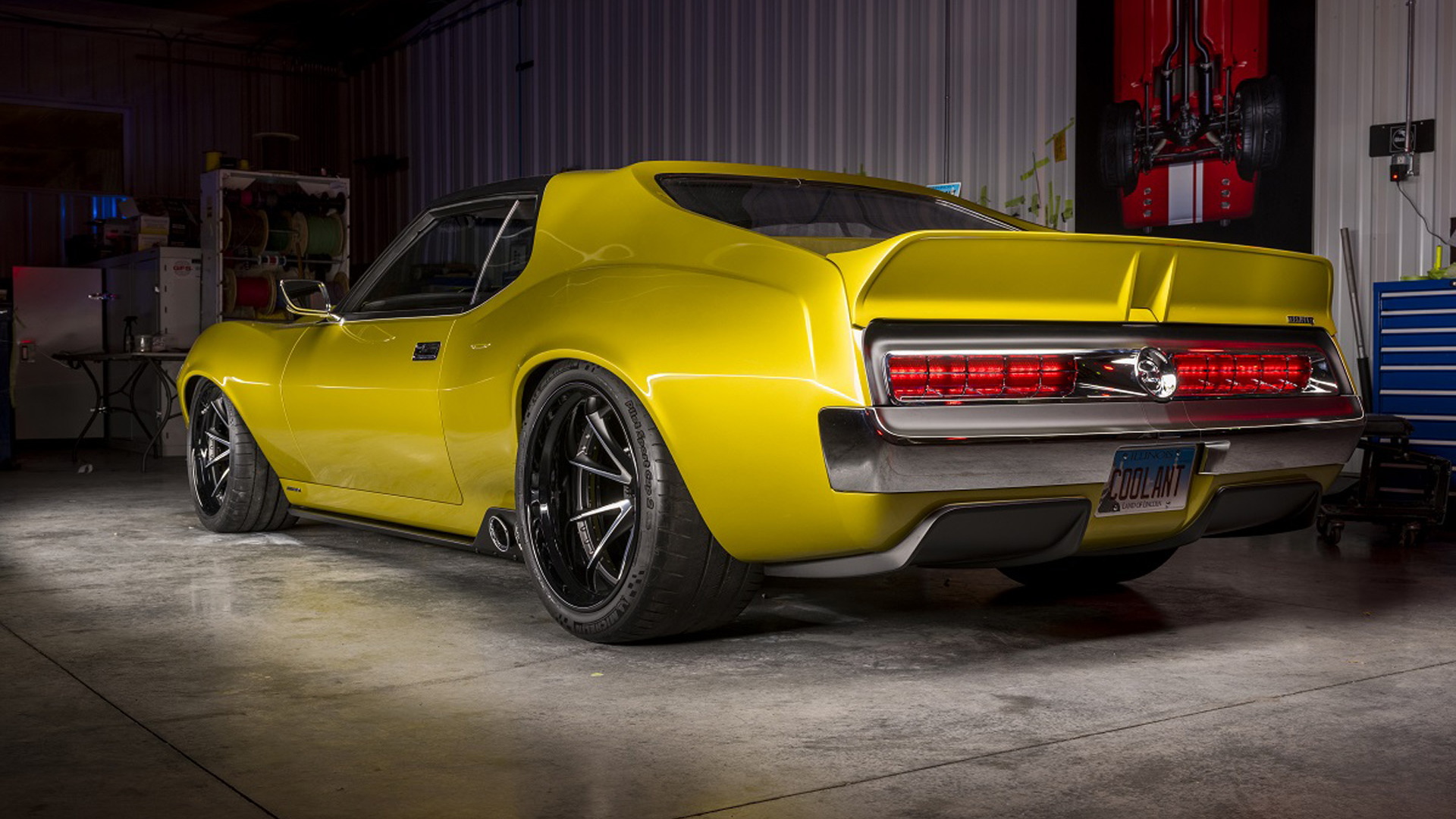 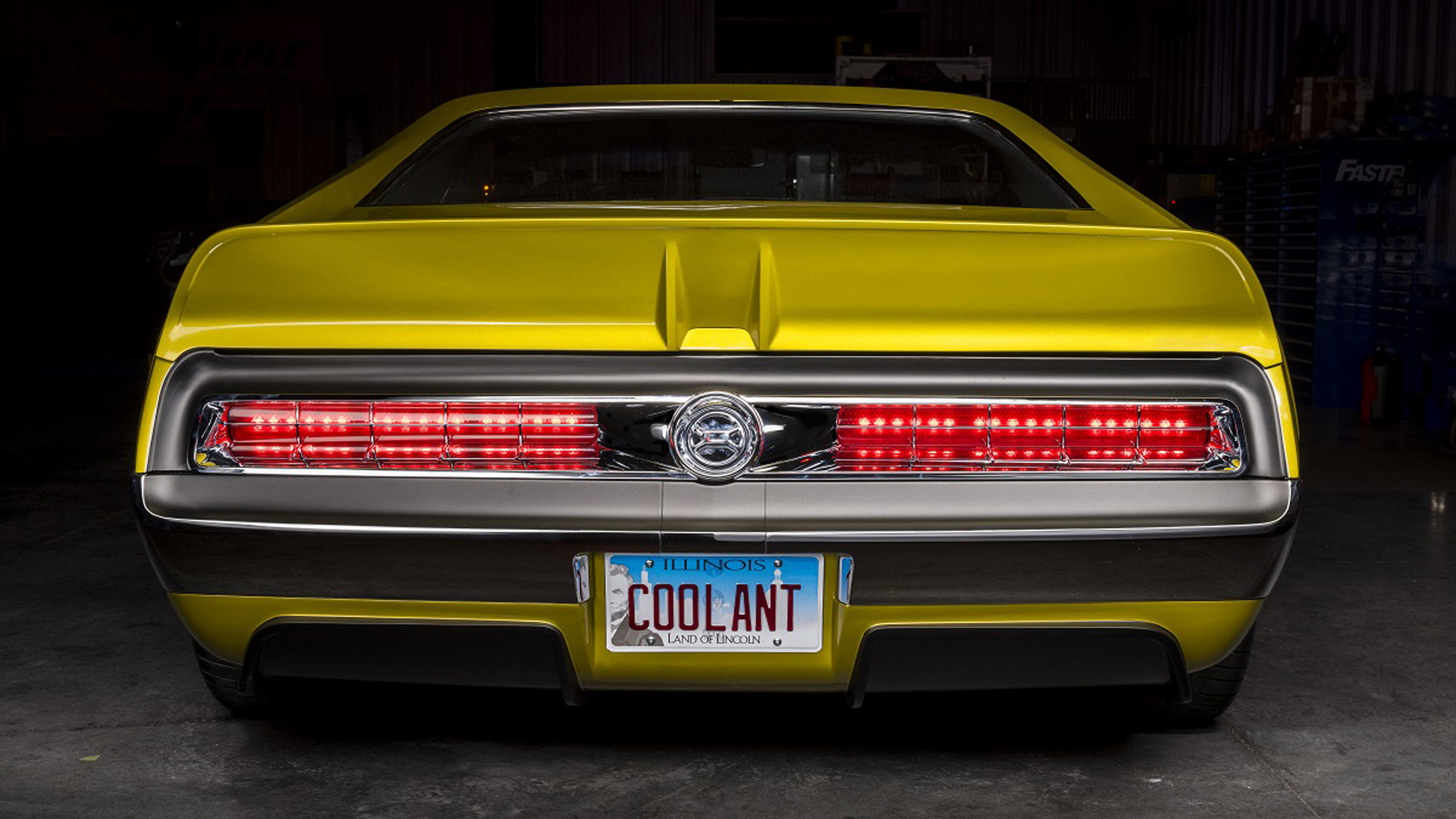 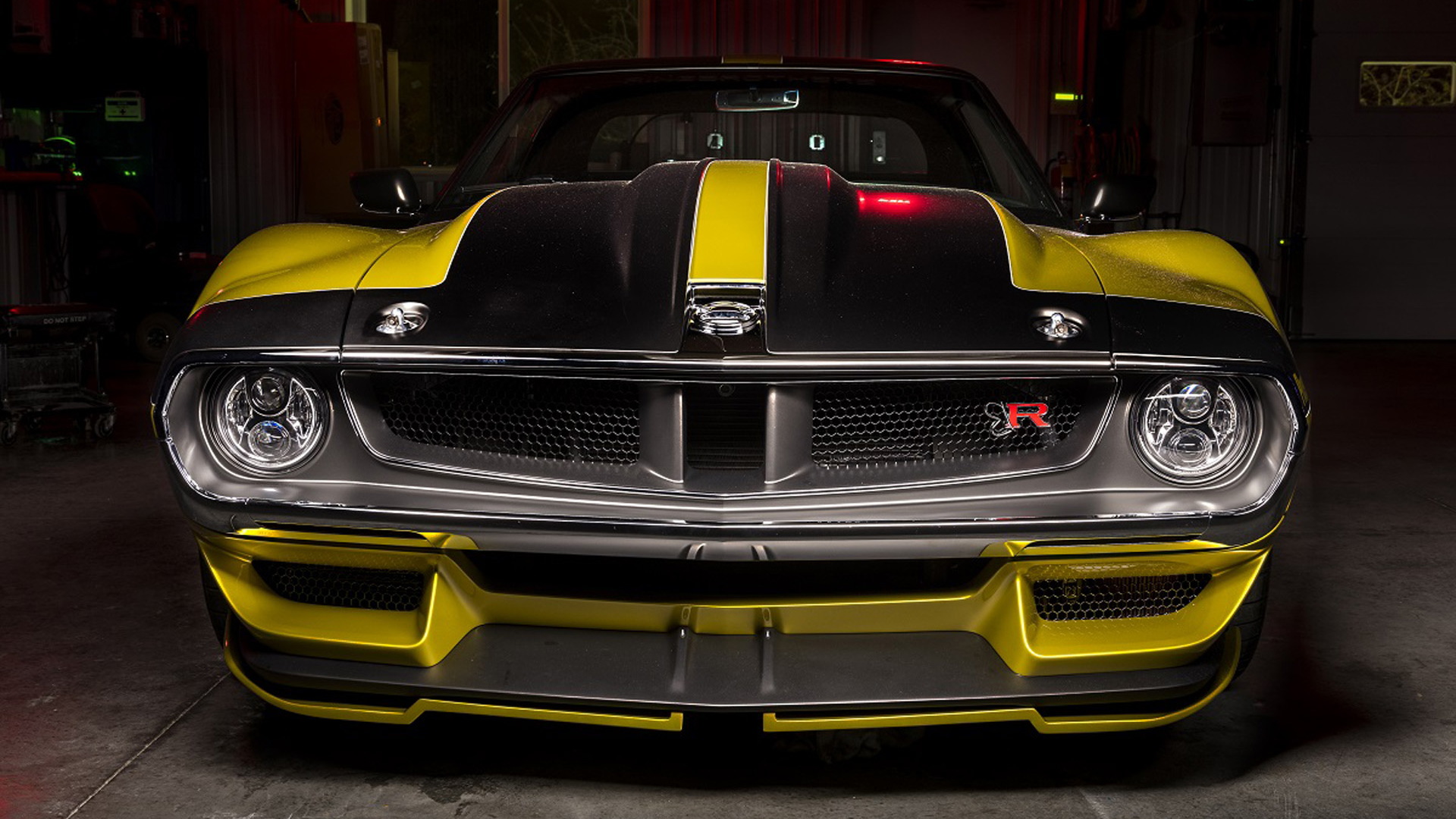 Ringbrothers out of Spring Green, Wisconsin is back with another wild build that was unveiled on Tuesday at the 2017 SEMA show.

The car is a 1972 AMC Javelin AMX that’s been hit up with a Hellcat engine transplant. However, the 6.2-liter supercharged V-8’s 707 horsepower didn’t suffice so Ringbrothers swapped out the stock supercharger for a 4.5-liter Whipple unit that now sees the engine deliver 1,100 thundering horses!

The build was commissioned by antifreeze expert Prestone to celebrate its 90th anniversary, hence the car’s distinct yellow exterior which Ringbrothers likes to call Jalop Gold. That paint, by the way, is applied to mostly carbon fiber pieces. The hood, front fenders, grille, and the front valance all feature the lightweight material.

Other mods include a custom 4-link rear suspension, a 12-bolt axle, side exhaust exits, and a modern braking system.

Jim and Mike Ring, the founders of Ringbrothers, have treasured the Javelin since childhood so they knew immediately that it would be the perfect blank canvas when Prestone first inquired about the build. With only 3,220 ever produced, this car embodies American muscle car history and even in stock form looks darn cool with its low, wide stance.

The build was completed in 12 months, which is relatively quick given the scope of the project. In order to achieve the quick turnaround, Ringbrothers used 3D scanning and 3D printing for the first time, helping them to speed up the development of the plugs and molds.