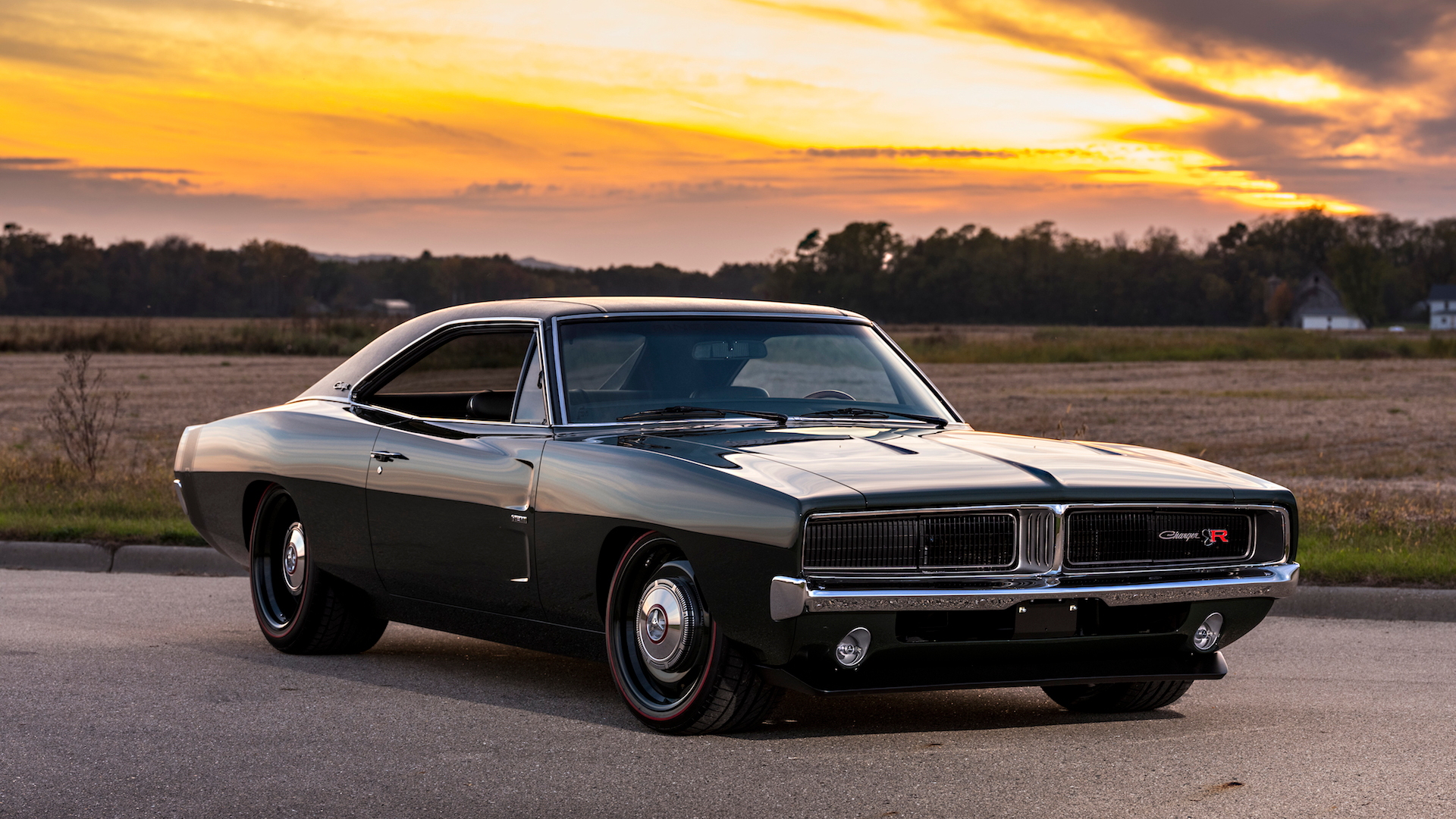 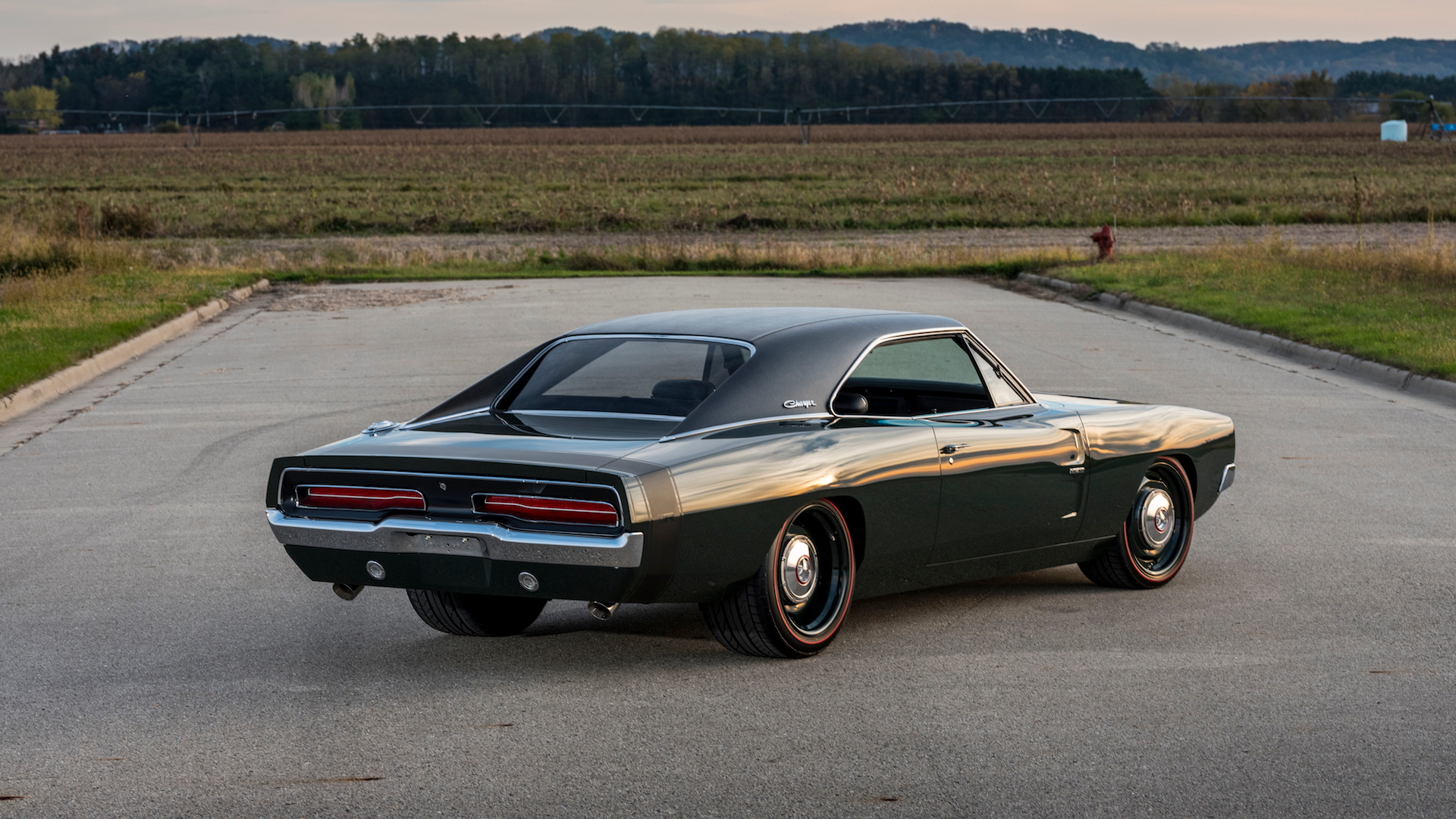 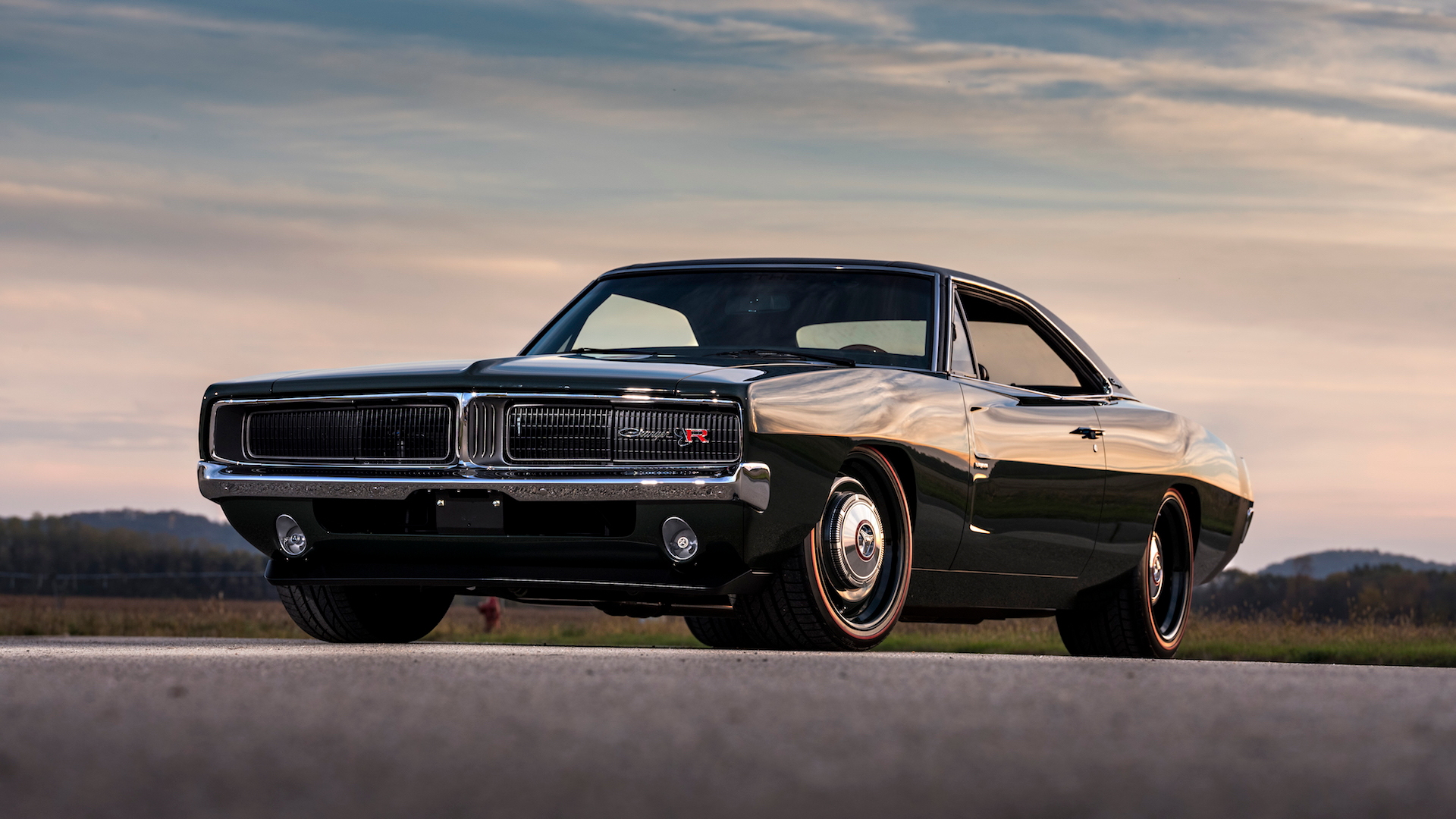 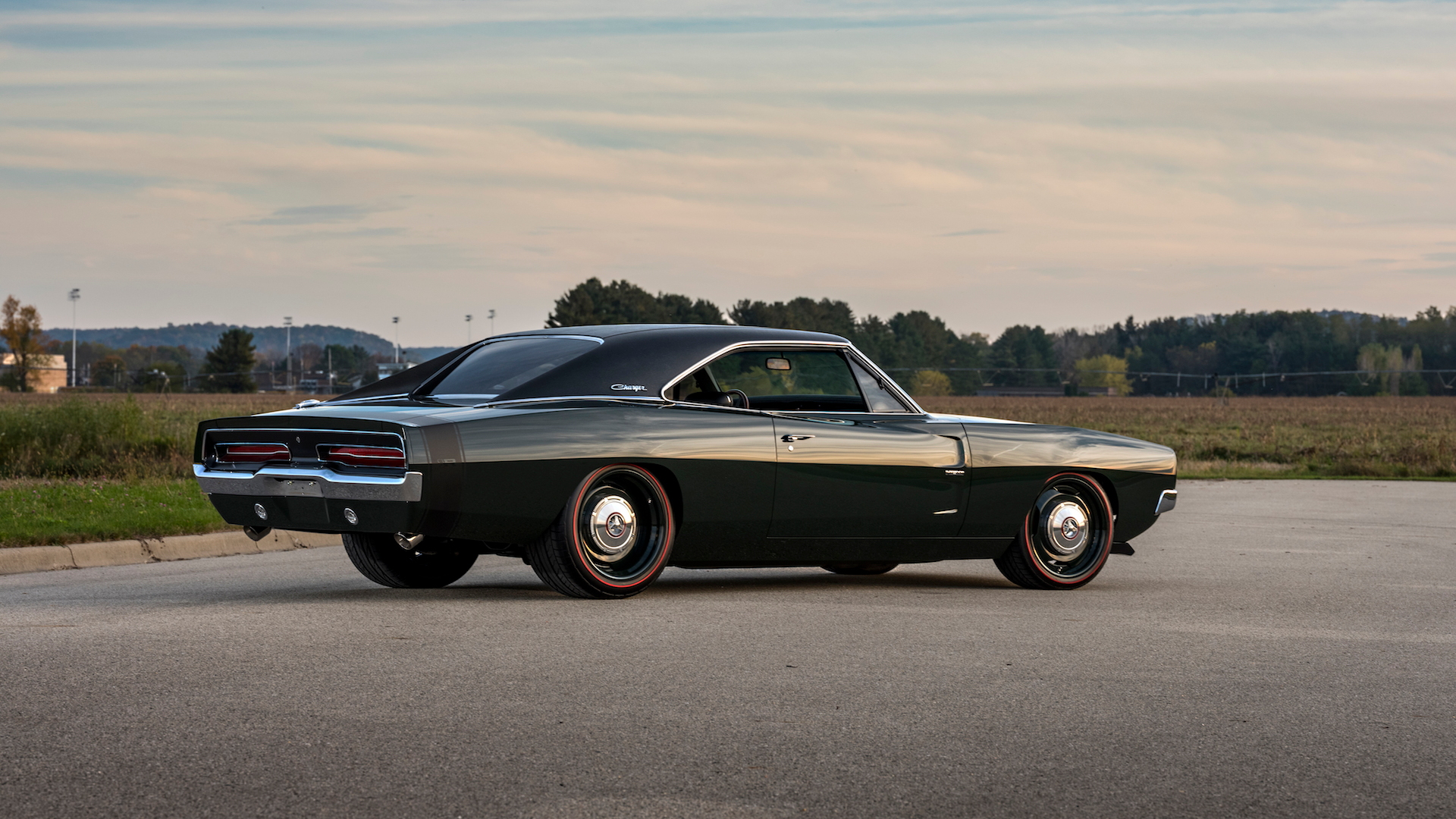 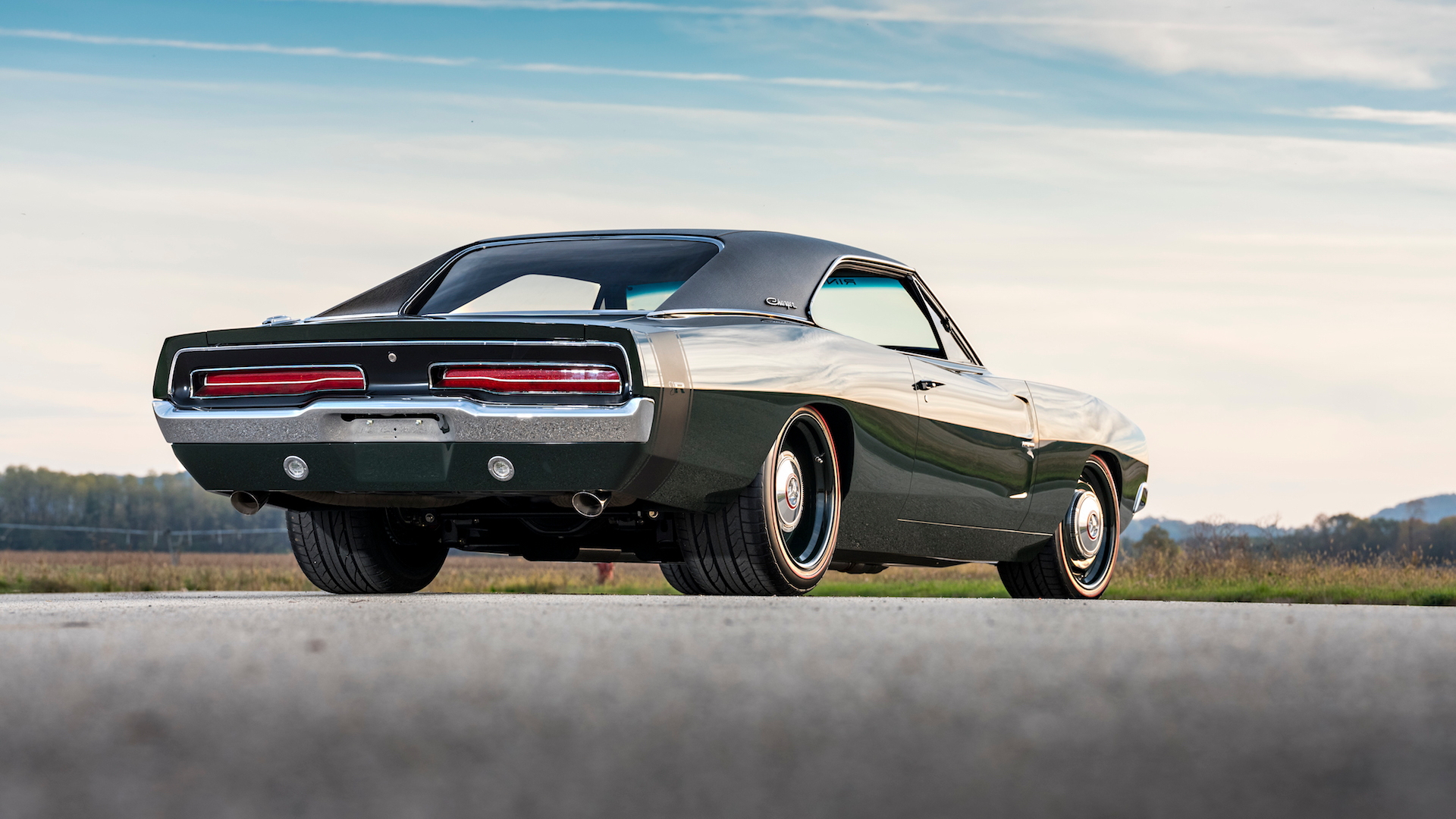 Ringbrothers stole the spotlight with its Hellcat-powered AMC Javelin, but it also debuted another Mopar machine at the 2017 SEMA show and this one is just as mean looking.

The custom shop arguably didn't pour as much attention into the 1969 Charger as the Javelin build, but it's still a stunner. The custom Mopar took over 4,700 hours to complete and features some significant body and wheelbase changes, despite Ringbrothers' goal being to keep the Charger's iconic factory design intact.

Notably, the body was shortened by two inches in the trunk area, but the wheelbase was lengthened by three to apply new side rocker and lower quarter panels. The shop also carved out the wheel wells to expose the build's 19-inch HRE wheels.

Underneath the custom bodywork is a Detroit Speed Hydroformed Subframe that supports rack and pinion steering, front sway bars, and a 4-link rear suspension for modern handling and driving capabilities.

Unlike the 1,100 horsepower AMC Javelin, the Charger is rather tame. Ringbrothers stuffed a 6.4-liter Hemi V-8 engine under the hood, though it didn't name final performance figures.

Looking inside, the interior follows a "less is best" motif with many retro elements in place with only a few modern touches.

The car is one of the more restrained builds the custom car shop carried out in recent memory, but it still impresses nonetheless. The car will be on display for the duration of the SEMA show, but you can bet it will make rounds at other events.