You read the headline correctly: This is the 4-door Barracuda that Plymouth didn’t build in 1970, except it actually did, sort of.

After a series of show-winning builds, David Walden was looking for a new challenge. He considered a project around a 1969 Pontiac Trans Am he already had, but one day while wandering through the internet he saw a mention of a four-door 1970 Plymouth Barracuda.

Of course, there was no such car, but Walden was intrigued by the idea and the challenge it might present to his ECS Automotive Concepts company.

Some additional research uncovered the fact that nearly all of the Detroit automakers did internal sedan concepts of their popular 1960s-vintage coupes, including a Camaro, a Mustang, an AMC Javelin, even a Corvette. 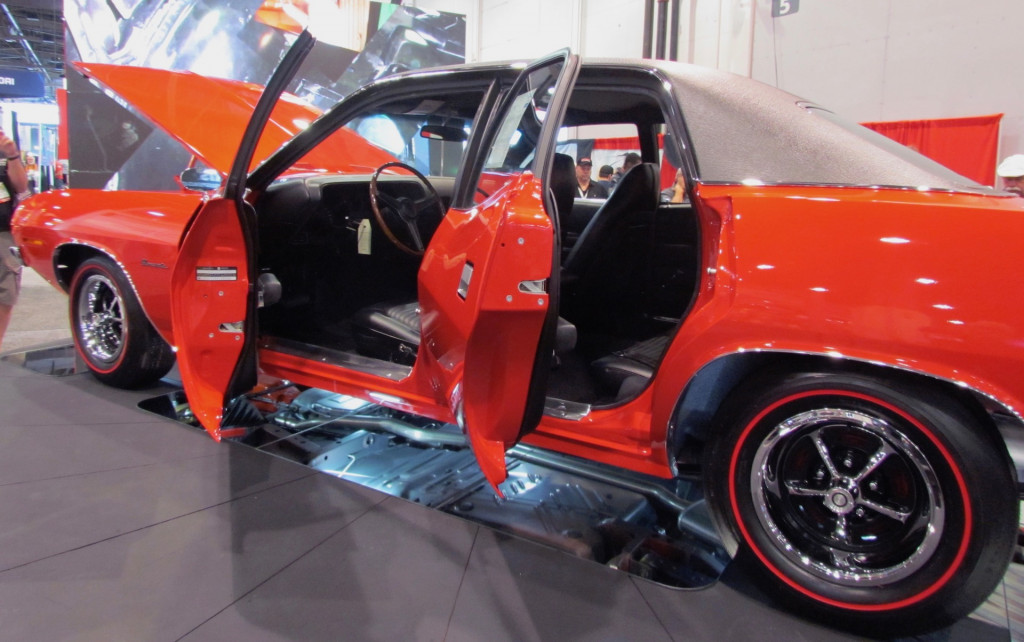 This 1970 Plymouth Barracuda isn't a couple. It's a four-door but still sleek and stylish | Larry Ed

Walden also found an article written in 2006 by Roger Johnson, a former Chrysler employee-turned-autmotive historian who recalled one day that, while delivering mail within the Highland Park headquarters facility, had seen a four-door 1970 Plymouth Barracuda sitting behind a wall, though only for three days before it disappeared.

Walden contacted Johnson and decided his next project would be to build the drivable, factory-quality (and then some) four-door Barracuda that Plymouth did not.

Note: No real ‘Cudas were harmed in the process. The only part of a factory-produced vehicle used in the build were the B pillars from a 1972 Dodge sedan. Every other part, well, except for the engine and other such components, were special fabricated for the project.

This 1970 Plymouth Barracuda isn't a couple. It's a four-door but still sleek and stylish | Larry Ed

The four-door Barracuda is on display this week at the SEMA Show in Las Vegas. Although 10 inches longer than the 1970 ‘Cuda coupe, the proportions hold up as though the car were designed in the Chrysler design studio, and the fit and finish are stunning, as is the limo-like legroom for those riding in the back seat.

With its 340-cubic inch V-8 powerplant, the car is fully drivable, Walden said, and is a comfortable cruiser at highway speeds, and not only for those sitting up front, but for those in the back as well.