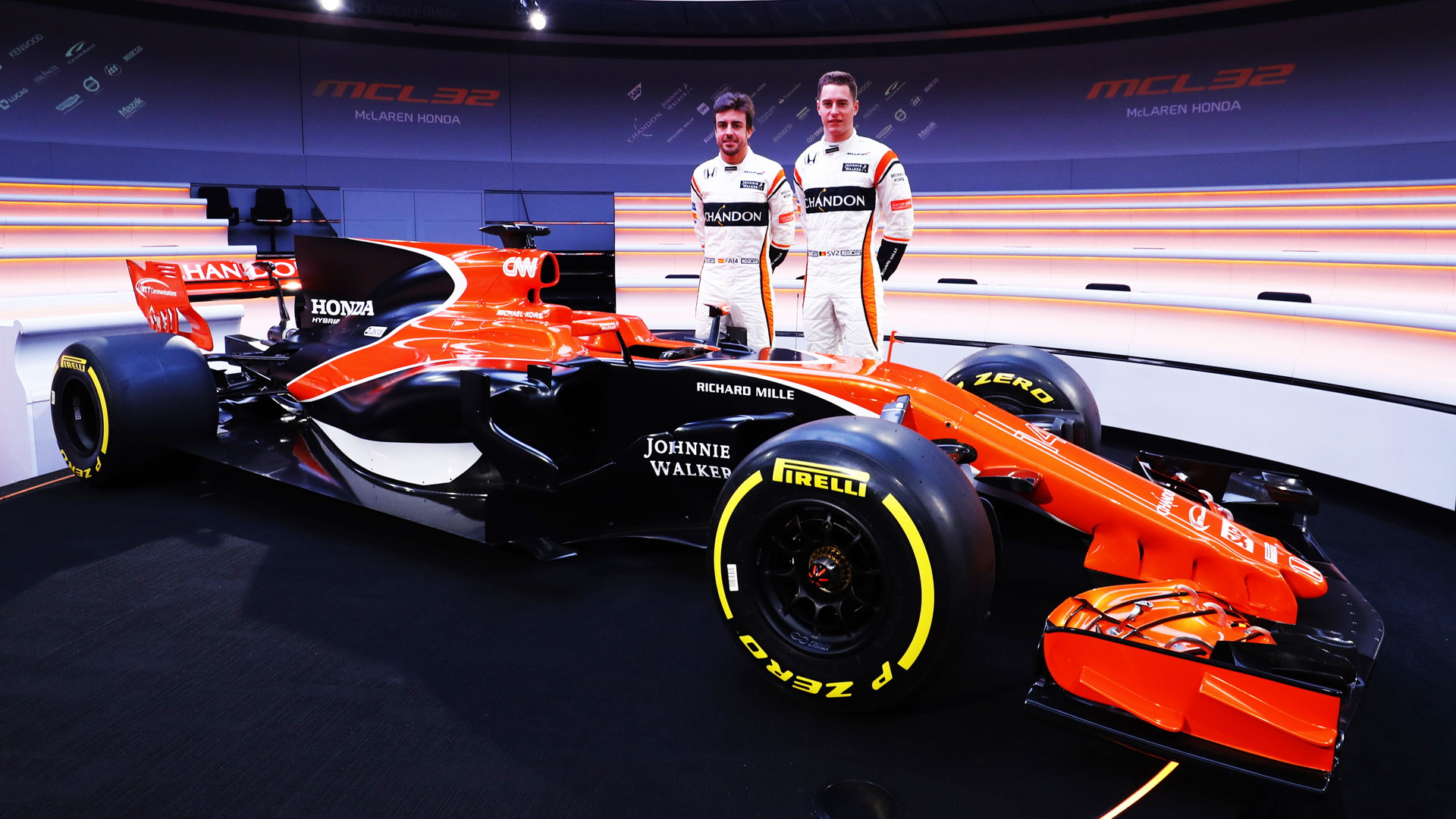 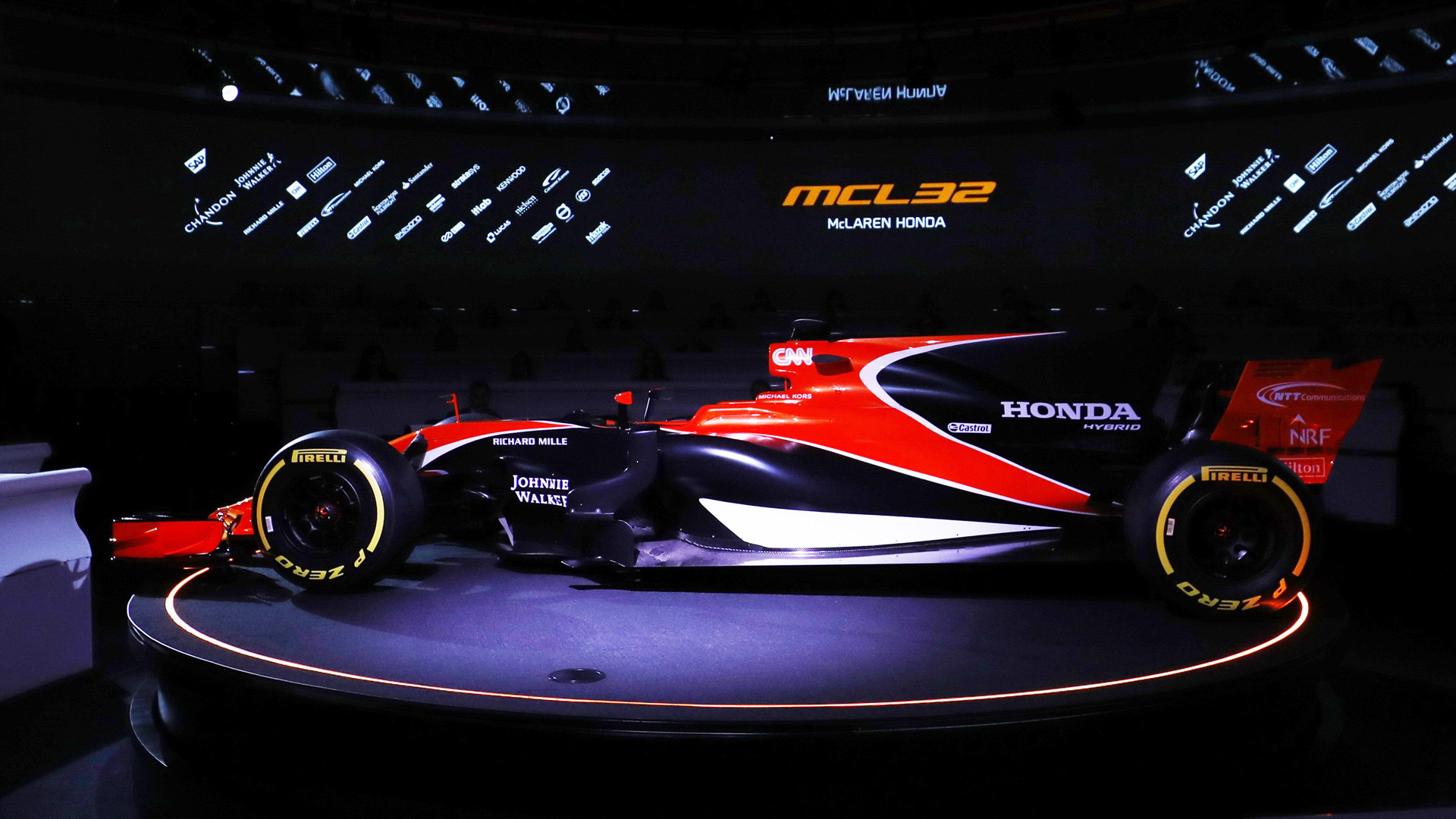 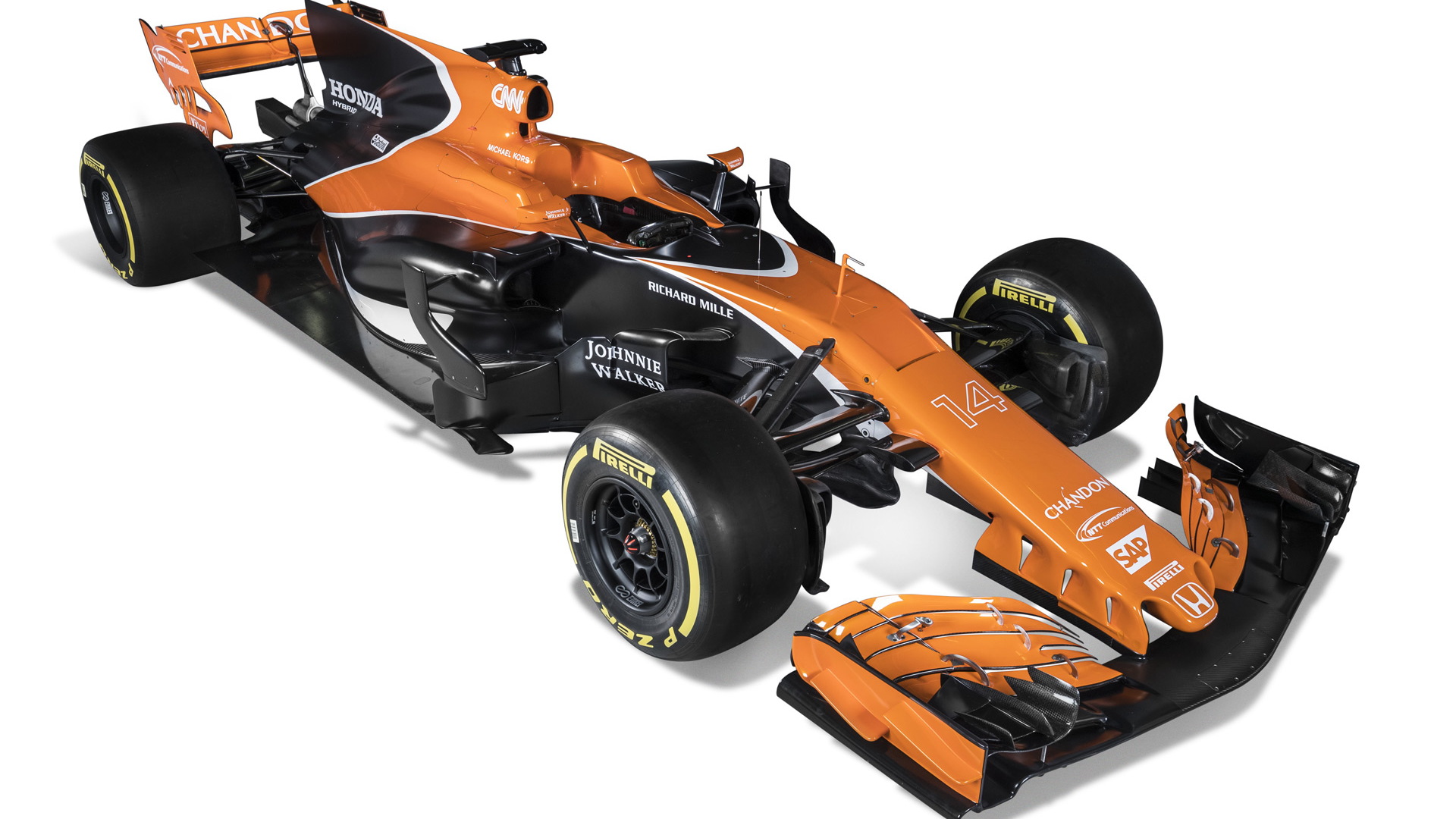 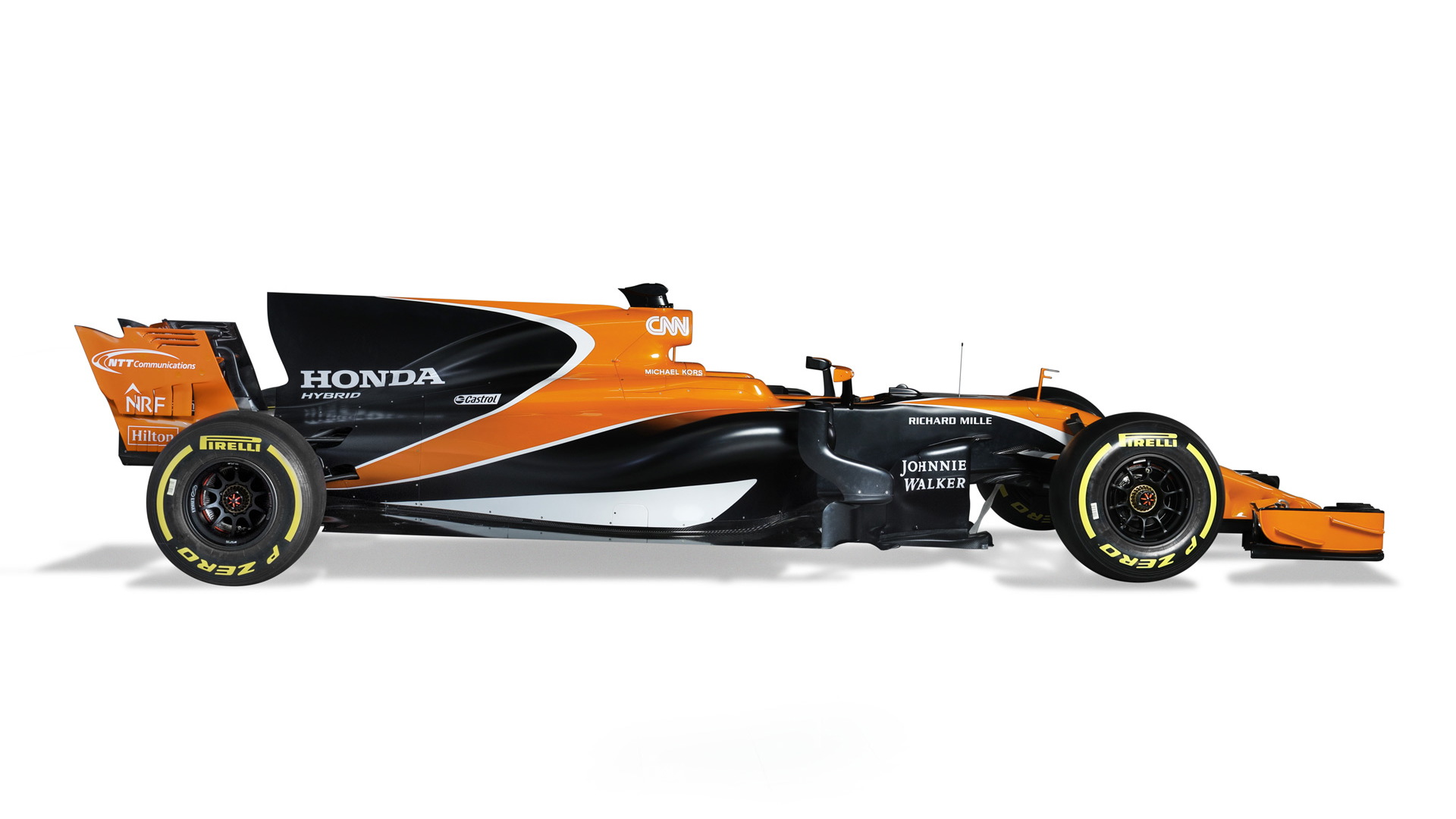 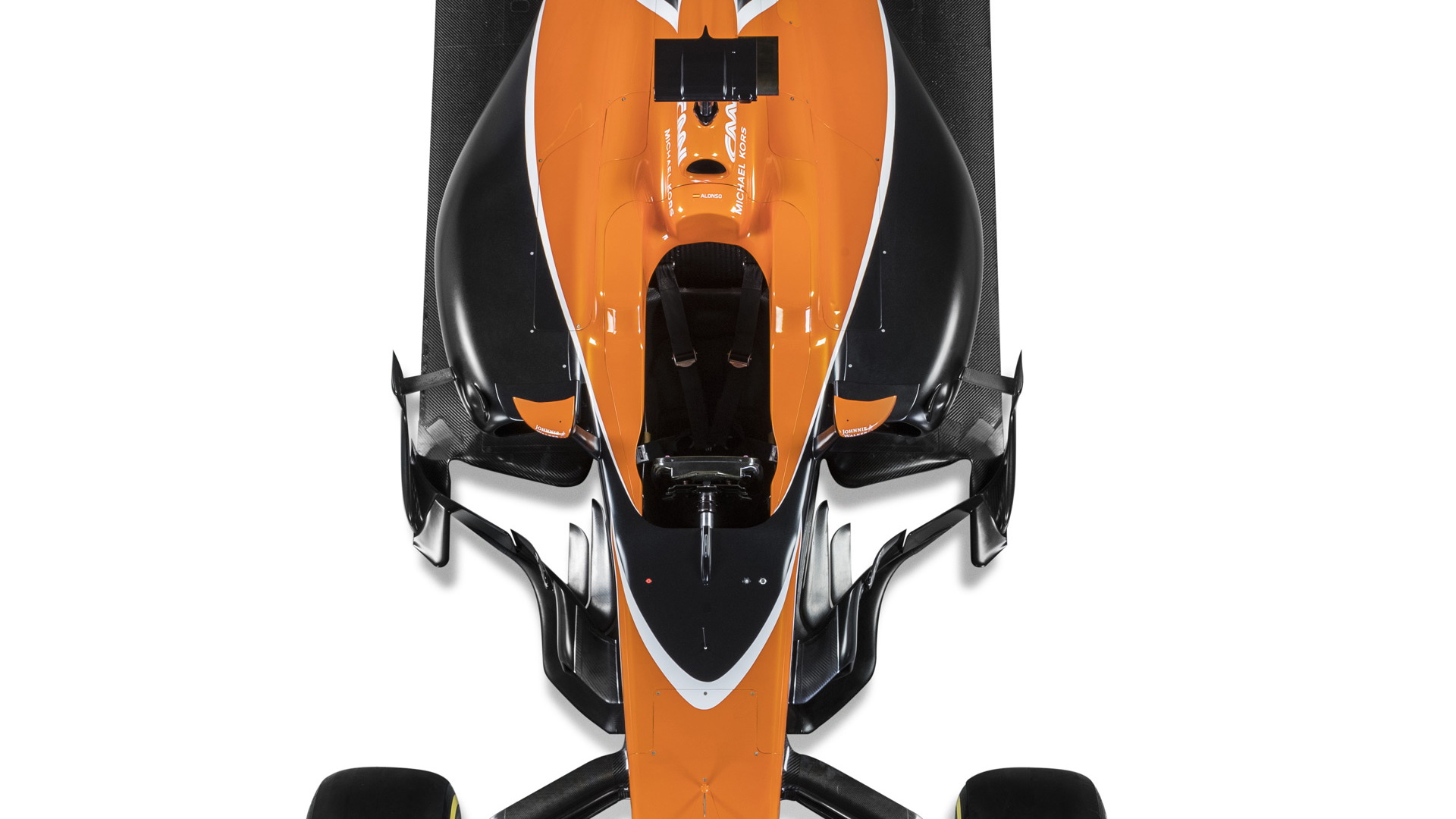 McLaren is the last of the car brands to reveal its race car for the 2017 Formula One World Championship. The new car is called the MCL32, and it sees a return of the signature McLaren color orange to the livery.

The new name is a reference to the end of the reign of Ron Dennis at McLaren and the significant management shakeup that has been taking place behind the scenes over the past six months. All McLaren F1 cars launched since Dennis took over the team in 1981 have featured “MP4” in the name, in reference to early sponsor Marlboro and Dennis’s nascent Project Four F1 team.

According to McLaren, the MCL32 benefits from lessons learned with its two immediate predecessors, the MP4-30 and MP4-31, but has been overhauled in every area as the team has looked to capitalize on the new design regulations introduced for the 2017 season.

Obvious differences to last year’s car include the wider wings front and rear as well as the longer nose cone and new stabilizer fin. There’s also no missing the massive tires, which measure 305 millimeters (12 inches) across at the front and 405 mm (15.95 in) at the rear, and are wrapped around 13-in wheels.

The car features a new power unit developed by Honda, which has supplied power units to McLaren since its return to F1 as an engine supplier in 2015. The power unit consists of a turbocharged 1.6-liter V-6 with two motor-generators, one mounted on the main driveline and the other integrated with the turbocharger.

Honda’s power unit has failed to deliver the performance required in F1 during the past two seasons. However, the automaker says it made big changes to the concept and layout of the 2017 design. The main areas of change have been improving power levels while lowering the weight and center of gravity.

McLaren has struggled since Lewis Hamilton switched to Mercedes AMG in 2013. That season, McLaren failed to produce a podium finish for the first time since 1980. The following years haven’t been any better.

Driving for McLaren this year will be Fernando Alonso and newcomer Stoffel Vandoorne. They’ll start testing the MCL32 in Spain next week ahead of the first race of the new season, the Australian Grand Prix, on March 26.

Below is a list of the other cars for the 2017 season: