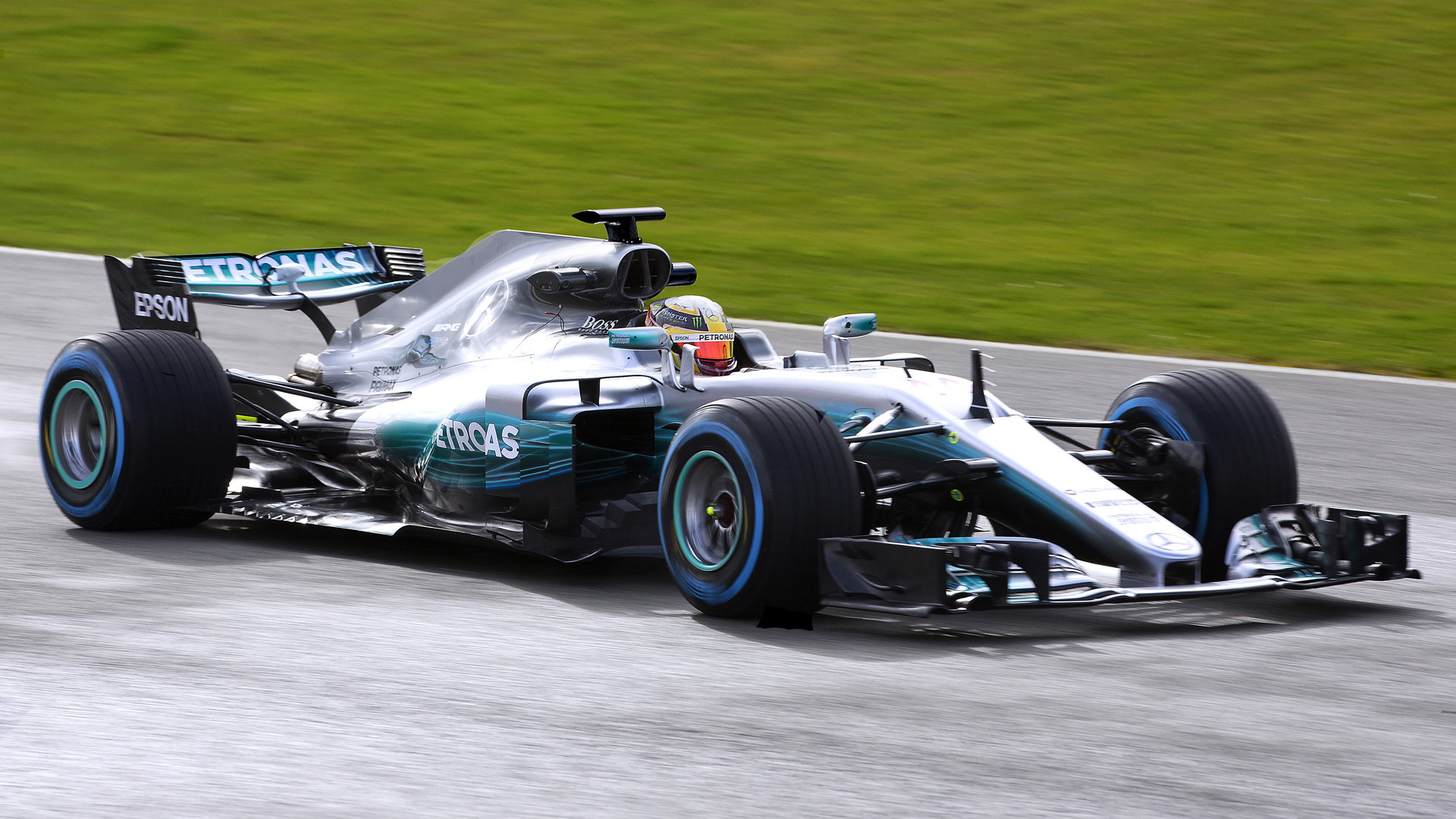 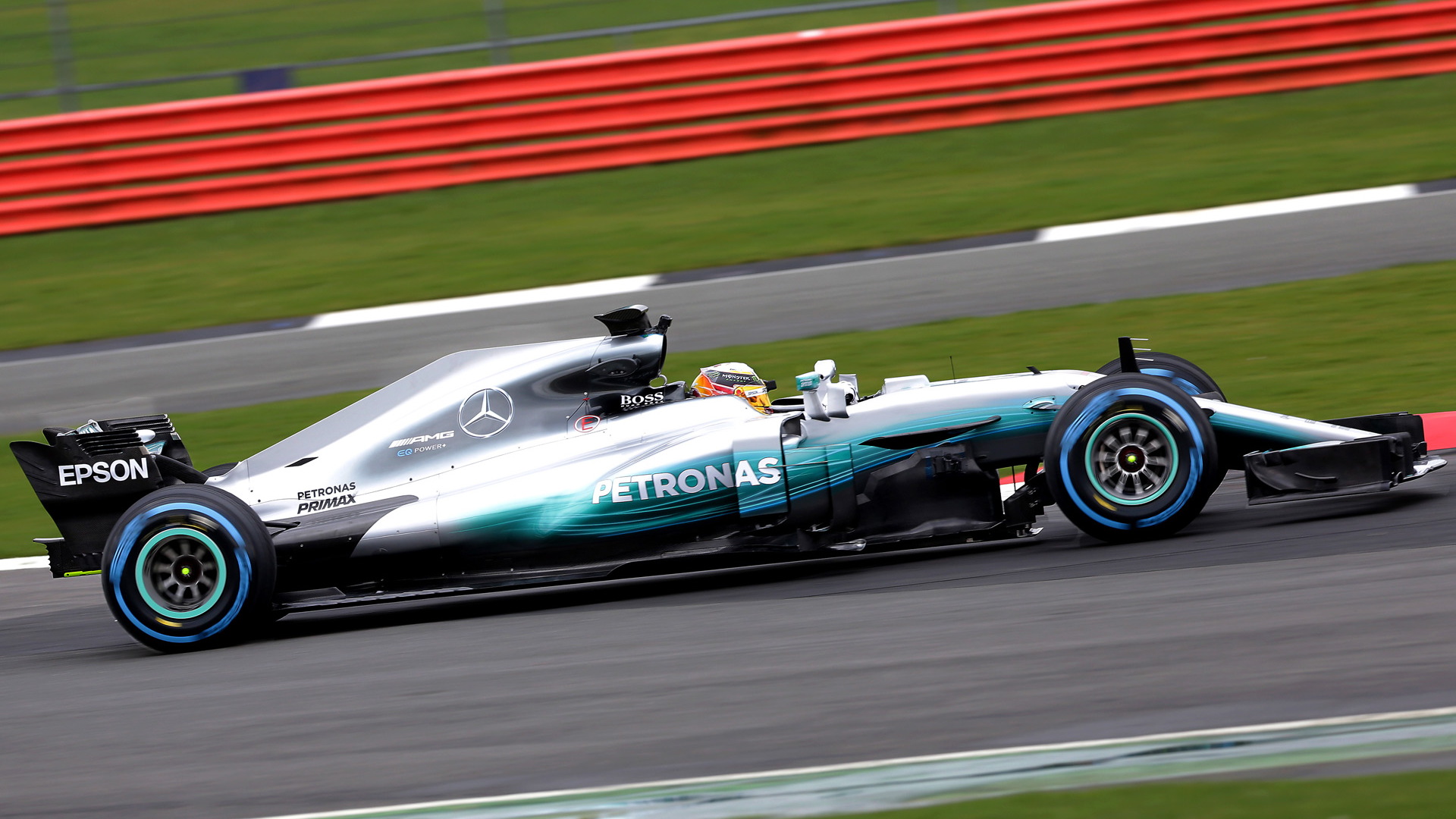 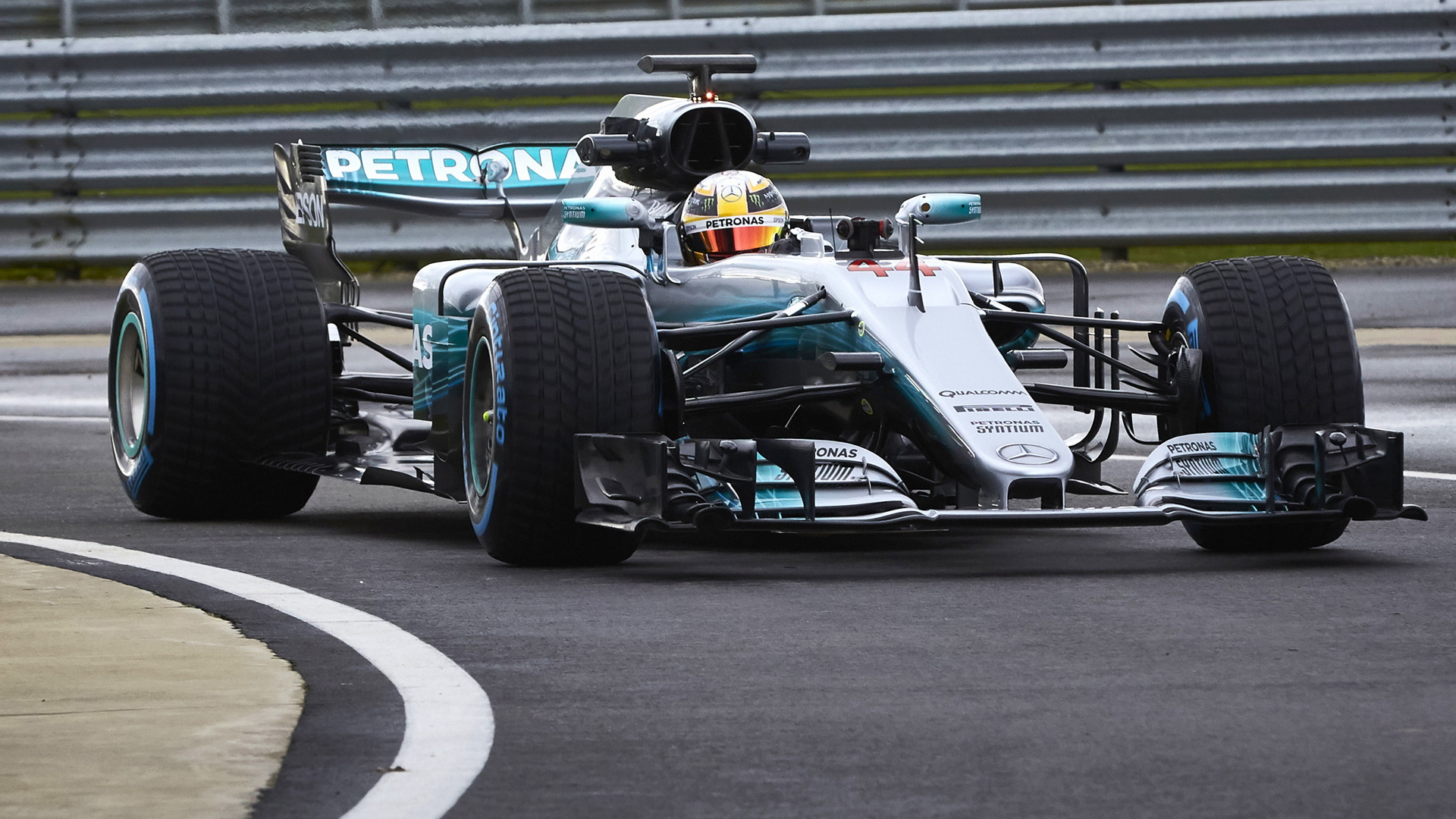 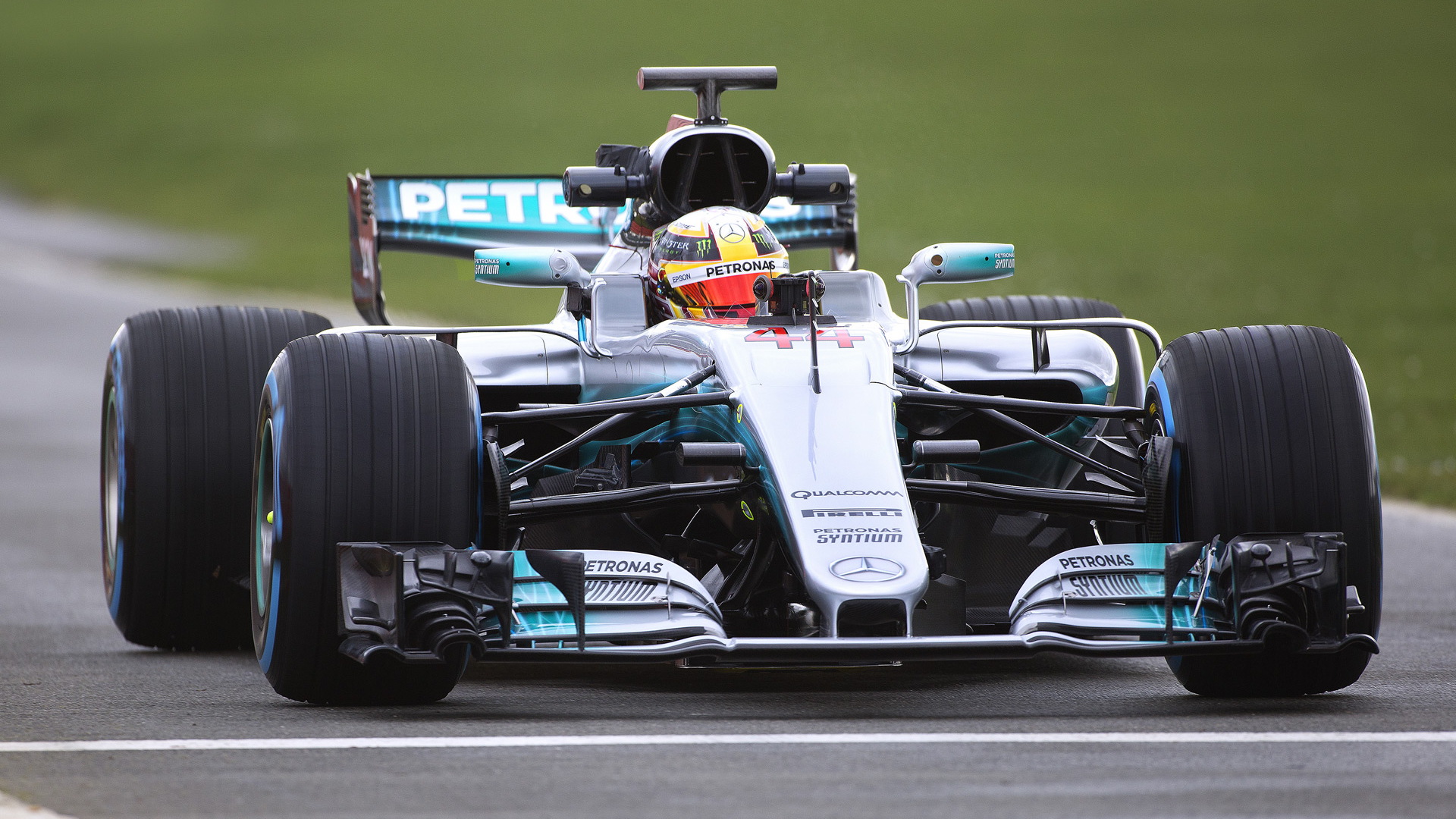 The reigning champion—and current title favorites—Mercedes AMG Petronas is the latest to unveil its race car for the 2017 Formula One World Championship.

The car is officially known as the W08 EQ Power+, and its unveiling took place Thursday at Silverstone in the United Kingdom. On hand to drive it were Lewis Hamilton and newcomer Valtteri Bottas.

The “EQ” component denotes the name of Mercedes-Benz’s recently established EQ electric car sub-brand. As for the “EQ Power+” component, this is the tag Mercedes-AMG will use for future hybrid models. Regular Mercedes hybrids will use “EQ Power” only.

As for the design of the car, the biggest changes over the previous year’s W07 Hybrid are the aerodynamics and extra-wide tires. They help generate significantly higher levels of downforce and grip, which Mercedes estimates will enable this season’s cars to be the quickest in the history of F1.

“The new rules for 2017 were designed to make the fastest F1 cars ever through a big increase in aerodynamic performance,” Mercedes motorsport boss Toto Wolff said at the launch. “They should be more physical to drive and hopefully more spectacular for the fans to watch.”

In addition to the new shapes of front and rear wing, other areas of significant aerodynamic change were the floor and the new “barge boards” in front of the side pods. And while the performance opportunity has been significant, the design teams have also worked to improve the W08 structurally in order to withstand the substantial increases in aerodynamic and mechanical loads.

The power unit has also been comprehensively redesigned for the new season, although it retains the basic configuration of the current hybrid era where a turbocharged 1.6-liter V-6 works in conjunction with two motor-generators. One of these aids the engine in driving the rear wheels while the other is used to spool up the turbocharger.

The main focus in redesigning the power unit has been the combustion process, but there were also many opportunities for gains further downstream, including within the engine ancillaries. The new aerodynamic regulations have also had a significant impact on the configuration of the engine which, as a structural component of the car, must cope with significantly greater physical loads. To maintain its structural properties, the engine is therefore slightly heavier than its predecessor.

In addition to this comes an increased duty cycle, with the cars expected to spend approximately 10 percent more of every lap at full throttle—a change that is reflected in a 5 percent increase in race fuel allowance for the new season. The power unit has also been designed for increased durability as only four are permitted per driver this season.

The first race of the 2017 season is the Australian Grand Prix, scheduled for March 26. Testing gets underway in Spain on February 27.

Below are the dates for the remaining 2017 F1 car reveals: