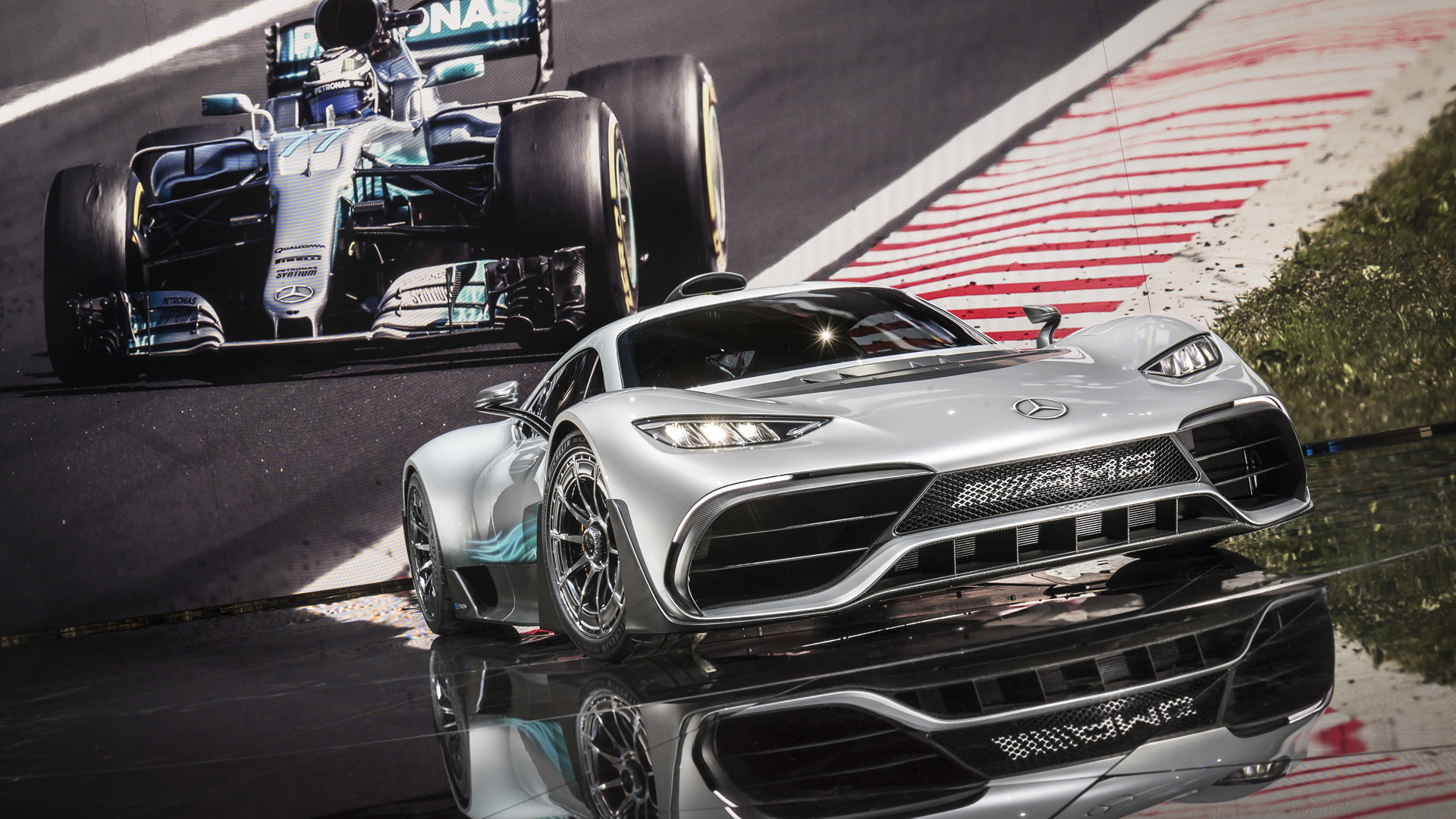 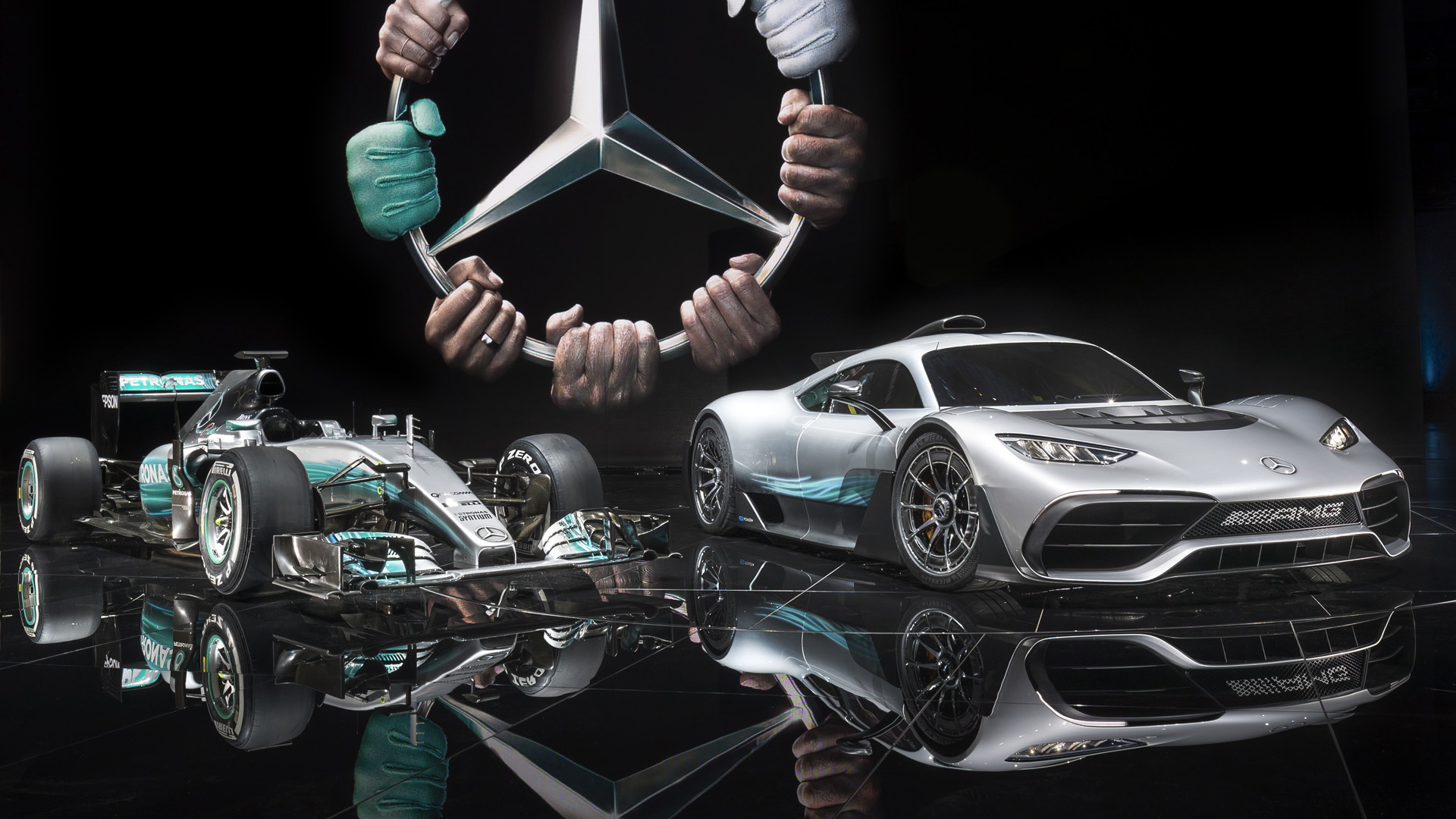 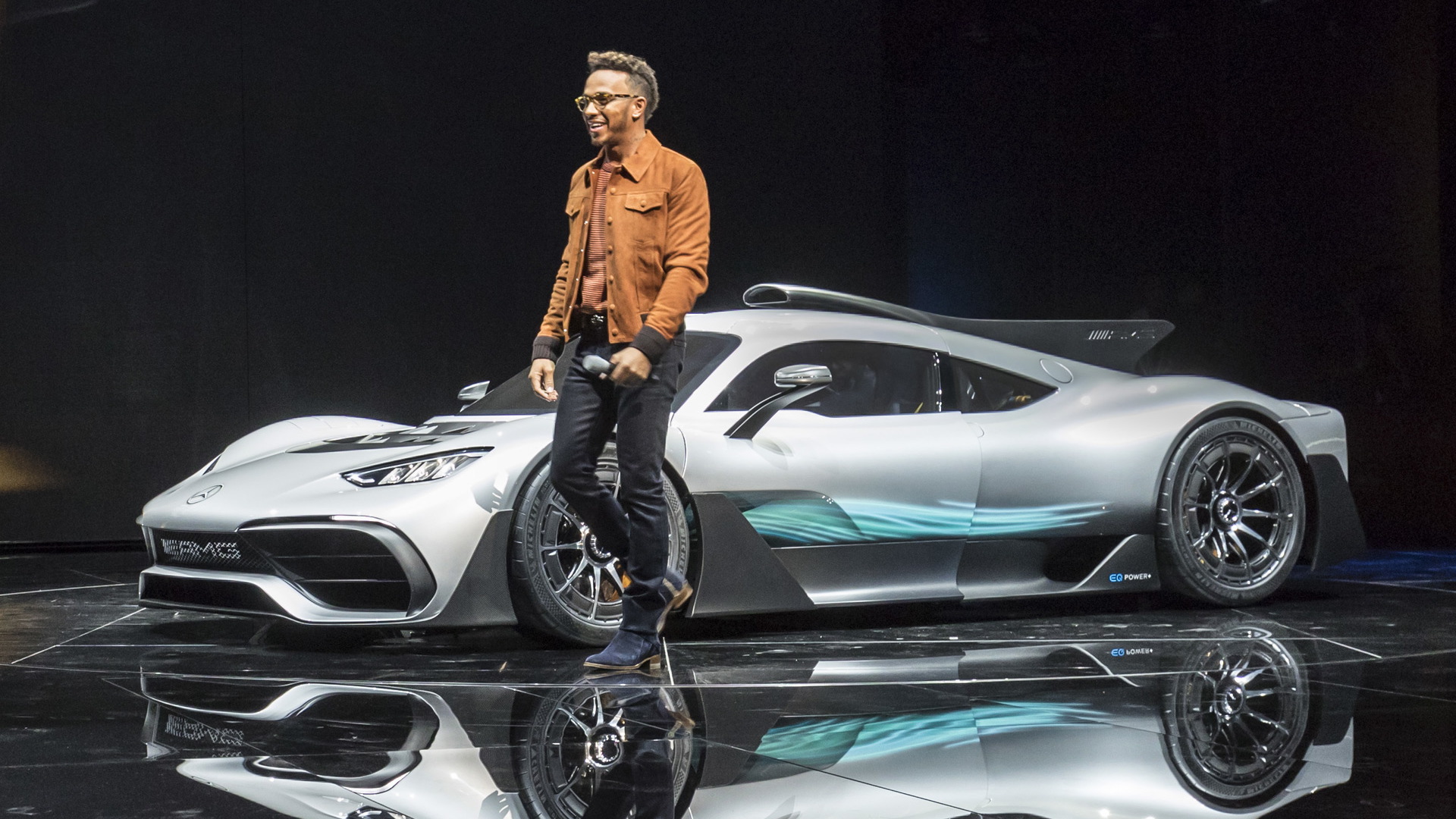 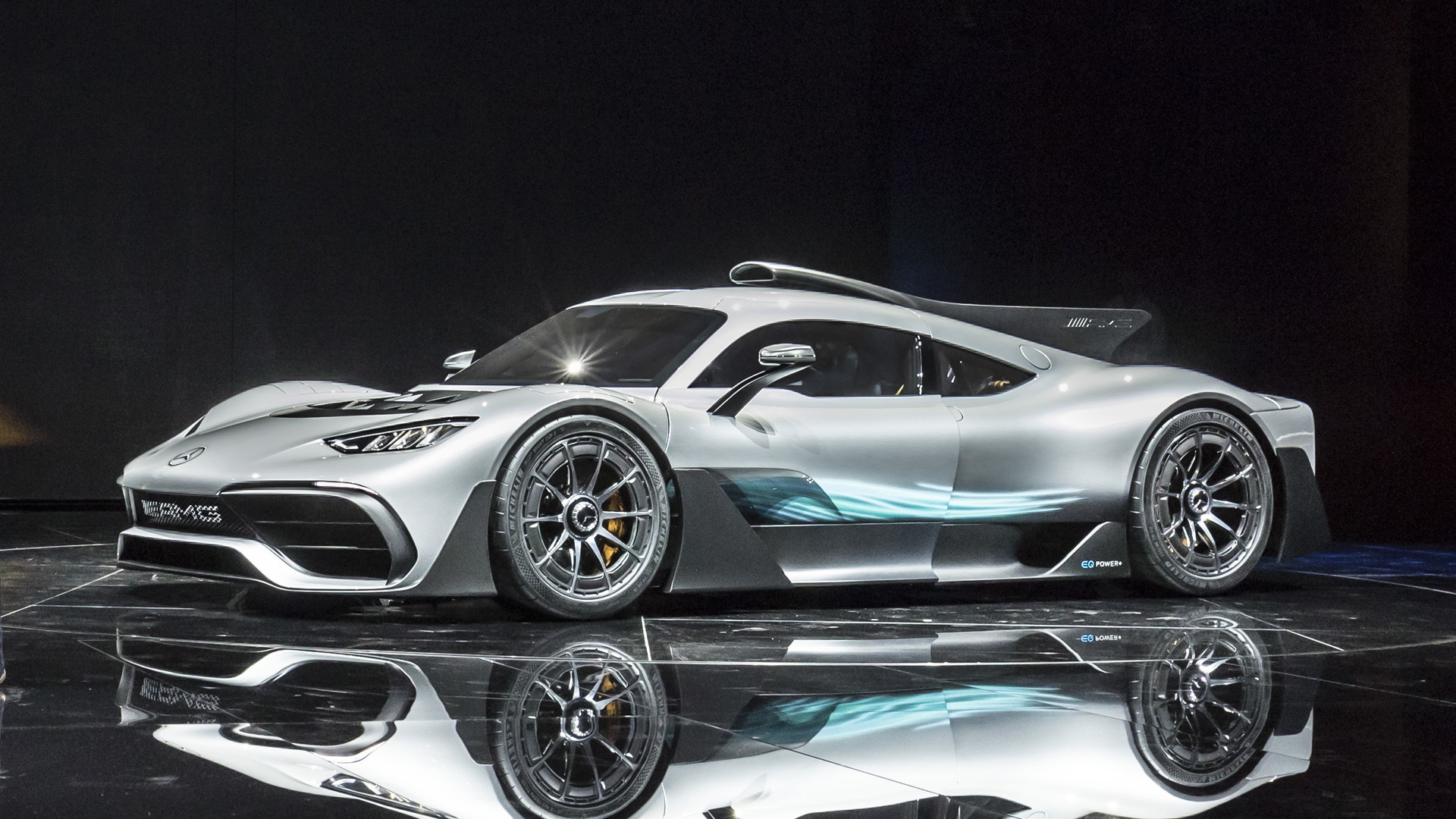 It’s the car everyone’s been dying to see, and now it's finally here.

Behold the Mercedes-AMG Project One, a road car equipped with the championship-winning powertrain of the current-era Mercedes AMG Petronas Formula 1 racecars.

Unveiled Monday ahead of a world debut during Tuesday's opening day of the 2017 Frankfurt auto show, the Project One is officially a concept but hints strongly at the world-beating hypercar AMG will unleash in 2018.

This isn’t a car fitted with an F1-derived powertrain like the 1990s-era Ferrari F50. No, no. The Project One’s powertrain is virtually identical to the one driven by Lewis Hamilton and Nico Rosberg to F1 World Championship titles—but made even more potent!

To give the Project One the extra traction of all-wheel drive, AMG’s engineers have augmented the F1 powertrain with a pair of electric motors on the front axle. The result is that the powertrain now has four electric motors in total—each of which is able to recapture energy to be stored in a lithium-ion battery.

The F1 component consists of a 1.6-liter turbocharged V-6 with a split turbo (the design aids cooling by keeping the hot turbine away from the compressor) and a screaming 11,000 rpm redline. The engine is mated to an electric motor helping sending drive to the rear wheels. A second electric motor is integrated with the turbocharger to help spin its compressor as well as recapture wasted exhaust energy. This combo alone is good for over 670 horsepower.

The rest of the car’s power comes from the two electric motors driving the front wheels, resulting in a total output of over 1,000 hp. Interestingly, the two front electric motors solely power the car in electric mode, making it a front-driver when zero emissions are required.

The batteries, mounted at the front to aid weight distribution, are also of the same technology used in F1 and help deliver approximately 15 miles of pure electric range. Meanwhile, the transmission is an 8-speed automated manual.

For the suspension, multi-link designs are used at the front and rear. The adjustable coil-over suspension has several special features: both push-rod spring struts have been installed across the direction of travel to maintain a low height. The innovative arrangement of the spring/damper unit also replaces the function and application of conventional tubular cross members. The wheels consist of 19-inch front and 20-inch rear pairs, shod with 285/35- and 335/30-size Michelin Pilot Sport Cup 2 tires, respectively. The brakes are carbon ceramic.

Performance will be mind boggling with the ability to go from a standstill to over 124 mph in under 6.0 seconds, and a top speed of over 217 mph.

But the Project One, built to celebrate AMG's 50th anniversary this year, is so much more than just its powertrain. As we already knew from the handful of teaser shots, the exterior design is downright sinister. The look isn’t as delicate as that of the rival Aston Martin Valkyrie; in true AMG fashion it’s more iron fist in a velvet glove.

What the two hypercars have in common, though, is a shape almost entirely dictated by aerodynamics. The roof-mounted intake and multiple fins all scream F1 car, but the closed-off sections more closely resemble the lines of a Le Mans prototype. There are also some nods to a past great, the CLK GTR in particular.

The racecar theme continues into the cabin. The steering wheel looks similar to the one in the Mercedes AMG F1 cars, while the dash is also almost completely devoid of features save a couple of digital screens. Inside, there's room for two with bucket seats that have adjustable backrests while still being integrated into the monocoque.

Mercedes-AMG claims this will be a car that is driveable everyday, and to that end has included two compartments for storage inside the cabin behind the seats, an air conditioning system, power windows, and a version of its COMAND infotainment system.

Sadly, AMG plans to build just 275 examples, and all build slots have been sold. The starting price, not that it matters now, is 2.27 million euros (approximately $2.73 million). The first deliveries are due in late 2018 or early the following year—about the same time Aston Martin will start deliveries of its Valkyrie. The ensuing battle will be wild.