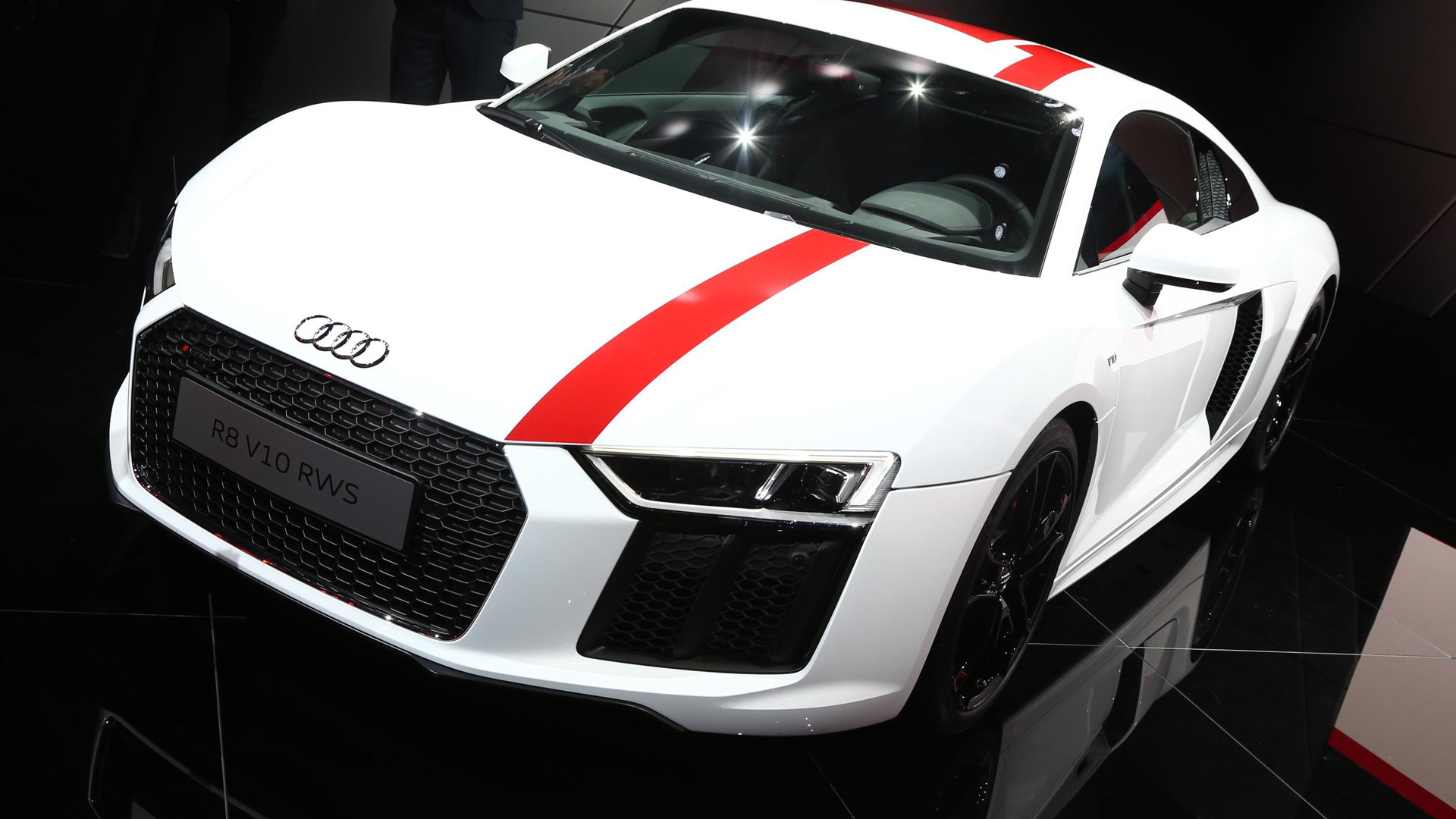 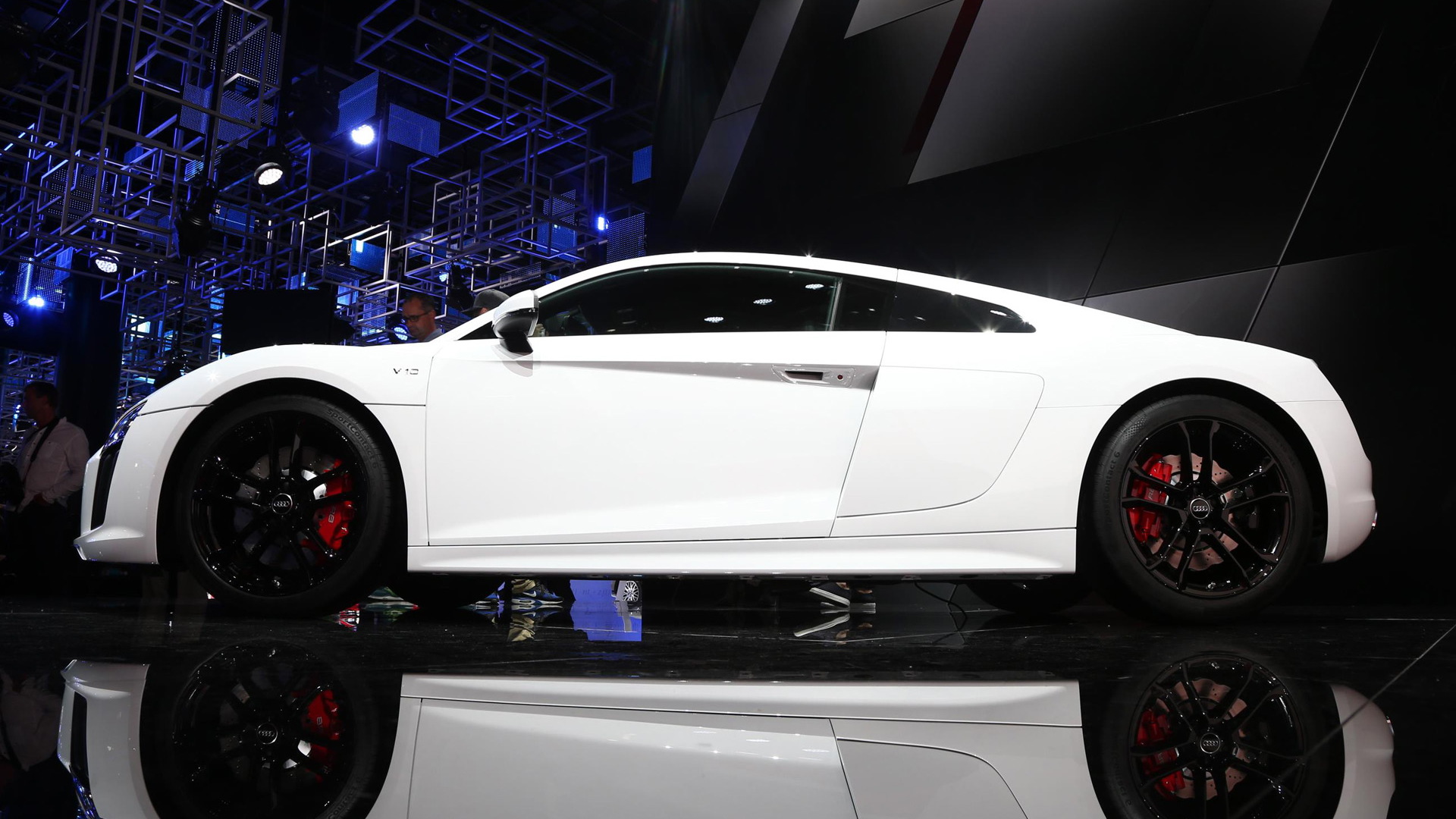 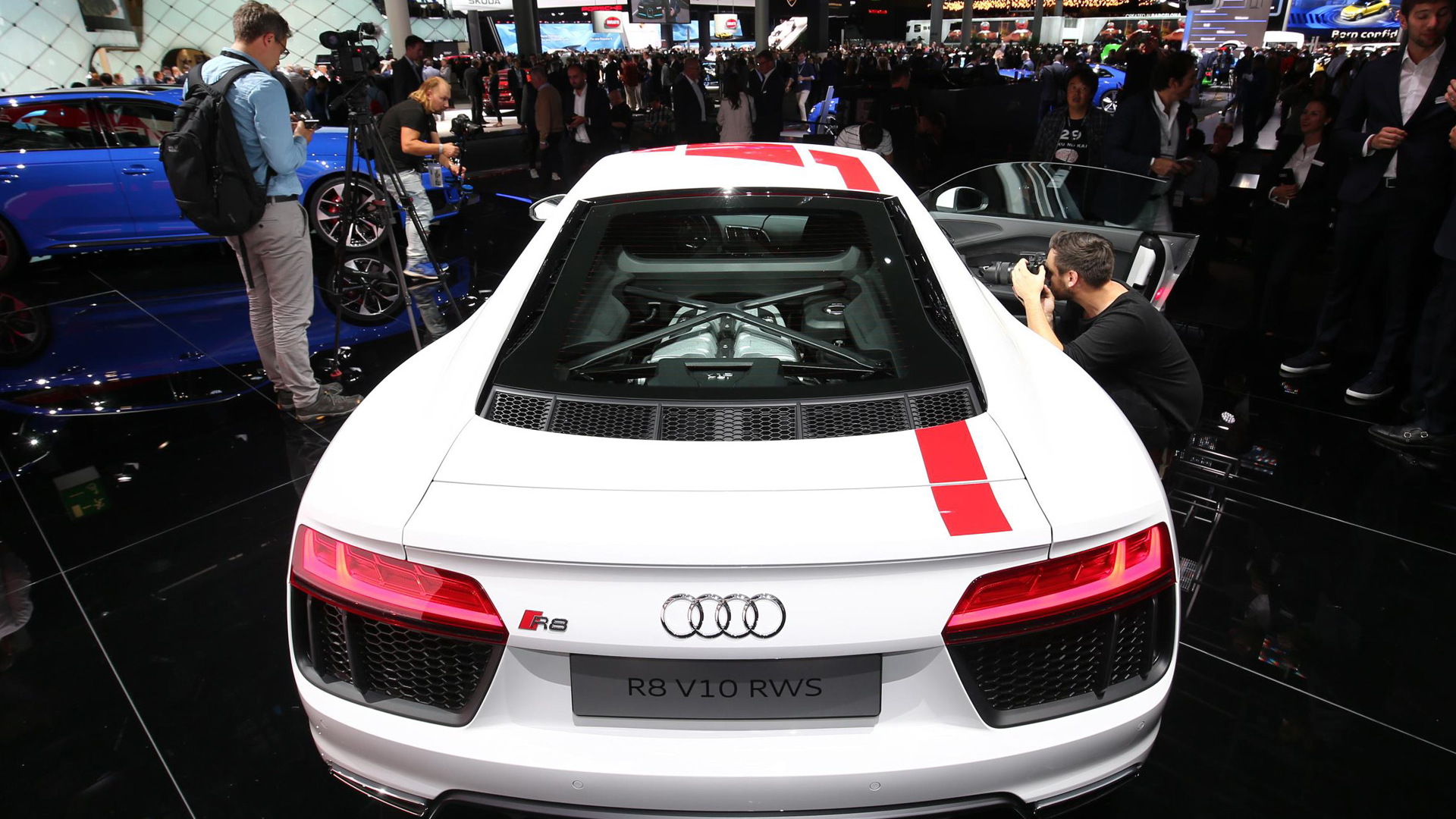 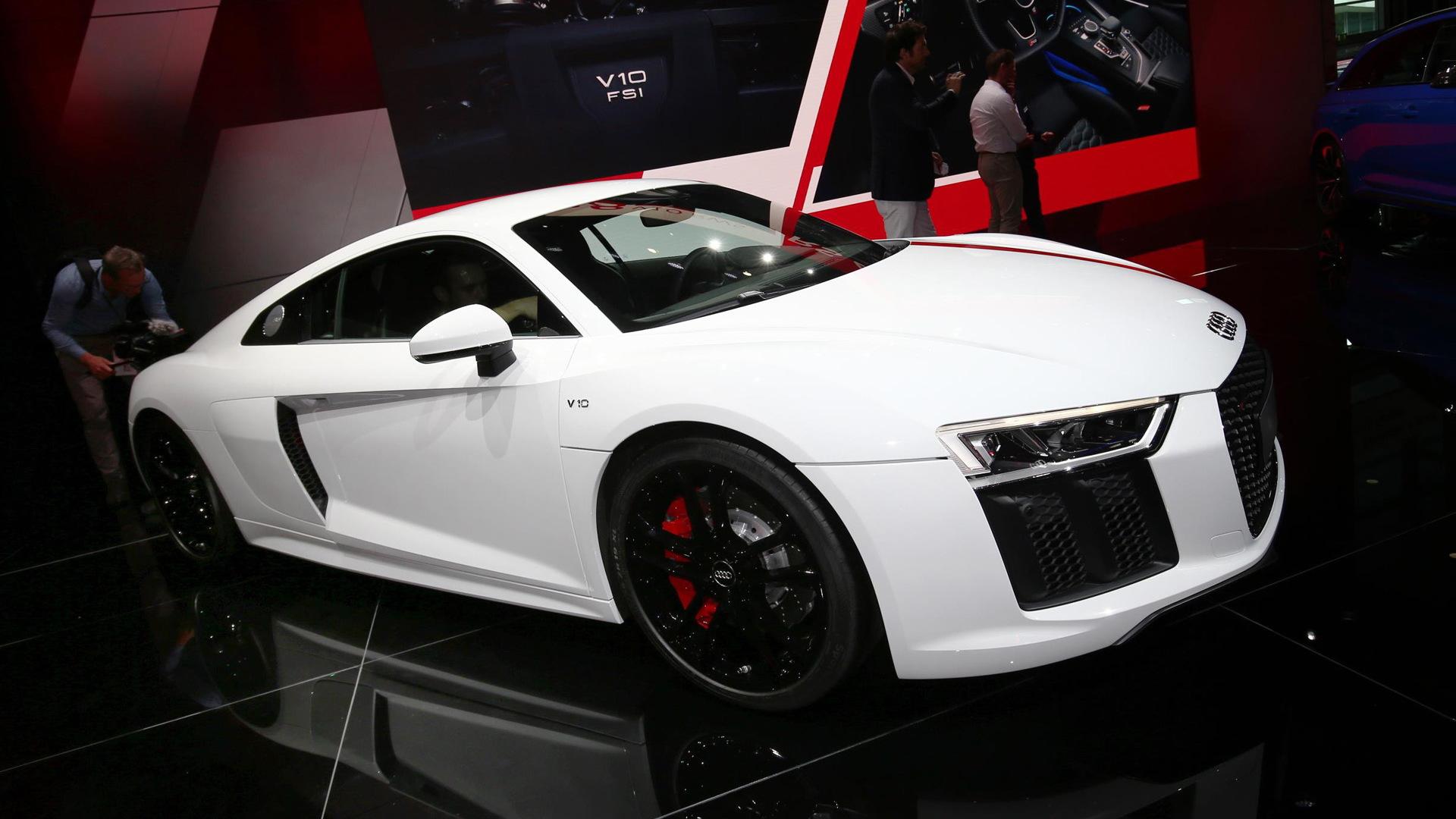 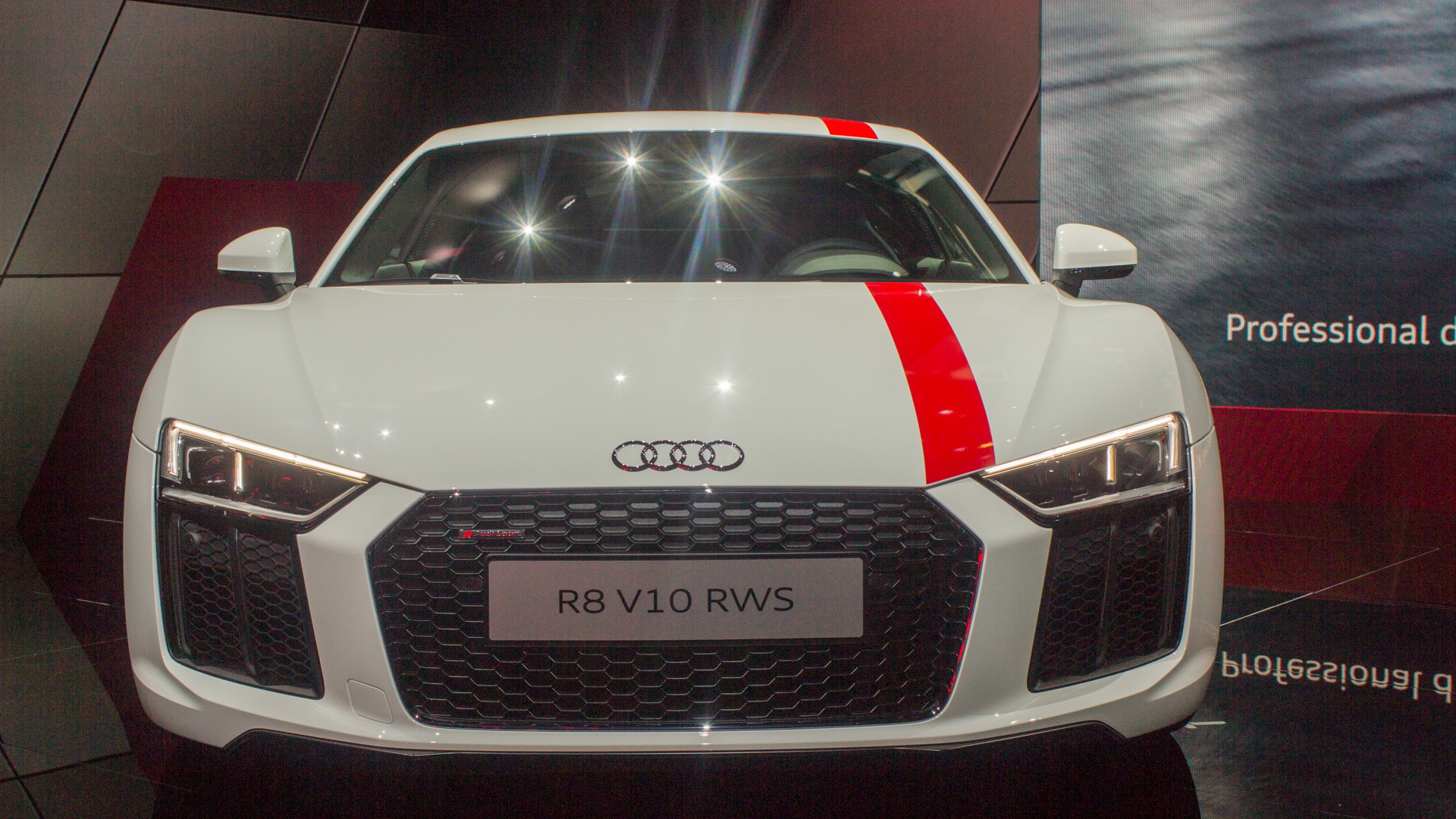 Audi is known for few things. Unique style and German luxury are two of them, and a close third is all-wheel drive, which the marque brands as quattro.

Sitting at the top of the lineup, and making excellent use of quattro to help it claw its way around a track or up a steep Beverly Hills driveway is the R8.

Now, Audi Sport is aiming to make the R8 an even more focused enthusiast's car with the rear-drive R8 V-10 RWS (Rear Wheel Series). Audi revealed the car today on the eve of the Frankfurt auto show.

Audi says the R8 V10 RWS is the company's first production model with rear-drive as a limited edition, and it will build just 999 examples, with a mix of coupe and convertible Spyder variants.

"The R8 V10 RWS is made for purists," said Stephan Winkelmann, CEO of Audi Sport GmbH. "A limited-edition special model for customers with an appreciation for essential driving enjoyment, the R8 V10 RWS is an absolutely exclusive offer. With its mid-mounted V10 engine and rear-wheel drive, it successfully brings the driving concept of our R8 LMS racing car to the streets."

The R8 V10 RWS is powered by the 5.2-liter V10 in its standard form, meaning it puts out 540 horsepower and 398 pound-feet of torque. Audi quotes 0-60 mph times of 3.7 seconds for the coupe and 3.8 seconds for the Spyder, both of which are about 0.2 second behind the quattro versions. Without the pieces for the quattro system (propshaft, multi-plate clutch, and center differential), the coupe weighs 110 pounds less than its AWD sibling and the Spyder weighs 88 pounds less. Audi says the suspension is tuned for the rear-drive setup.

Between the rear-drive layout and the car's control systems, the R8 will be able to perform controlled drifts. To do so, the driver must chose the Dynamic mode in the Audi drive select system and the Sport mode in the stability control system.

Onlookers will have visual cues to tell that they have spotted a rear-drive R8. The grille has a matte black finish, the front and rear air ducts are matte black, and the coupe's upper sideblade is gloss black while the lower blade is body color. Both body styles also have black 5-spoke 19-inch wheels, with 245/35 tires up front and 295/35s at the rear. Like the R8 LMS GT 4, the engineering of which likely made this car possible, buyers can opt for unique red graphics running over the hood, roof, and rear end.

Inside, the sport seats are upholstered in leather and Alcantara, and the dash has a "1 of 999" emblem. Audi will offer a bucket seat option as well.

Audi of America CEO Scott Keogh told Motor Authority that the car is confirmed for the U.S. in very limited quantities, but pricing hasn't been announced. Keogh also said, "We know we're a quattro company, but we also have a very strong racing heritage, and that's what we're bringing."