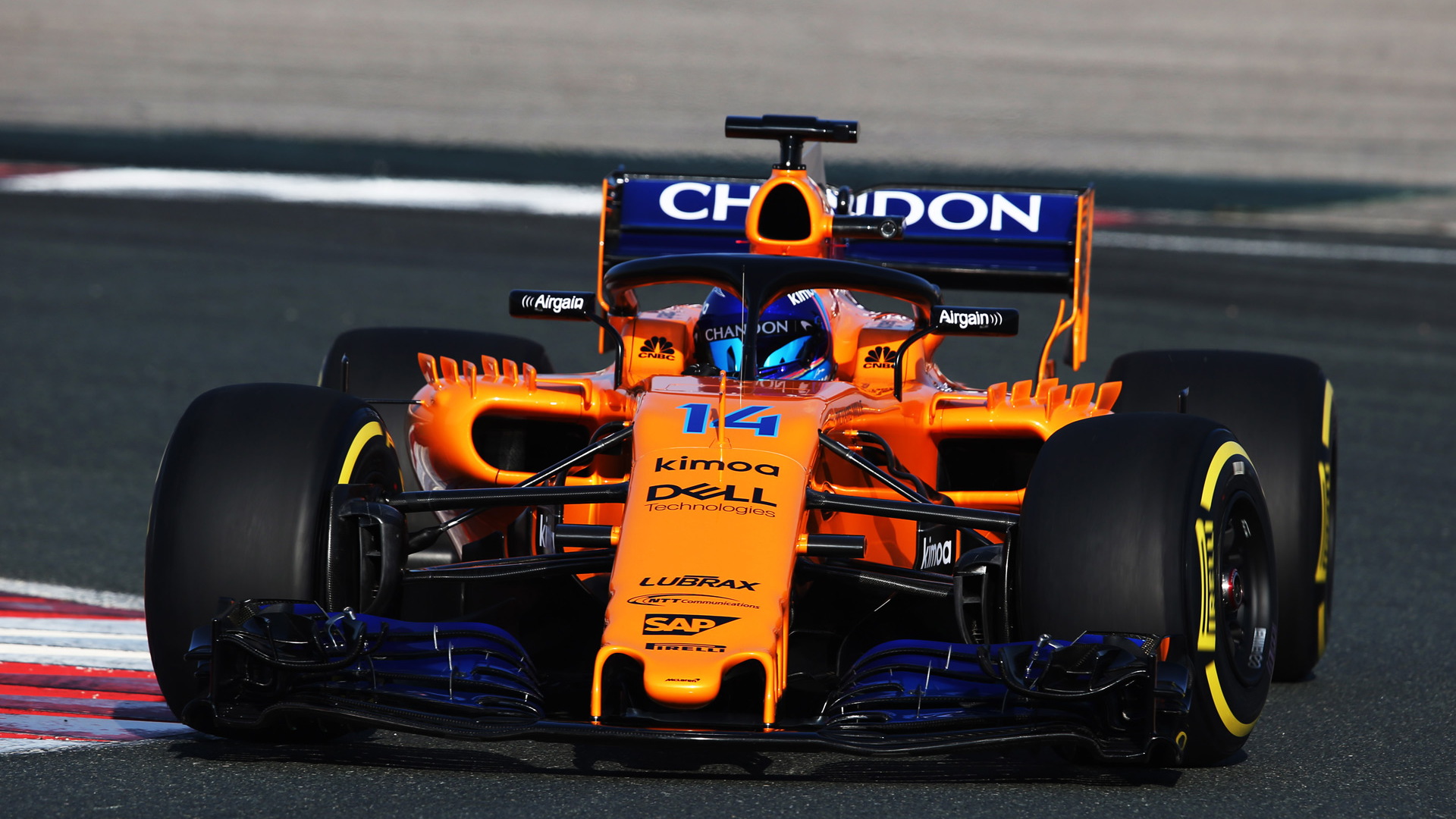 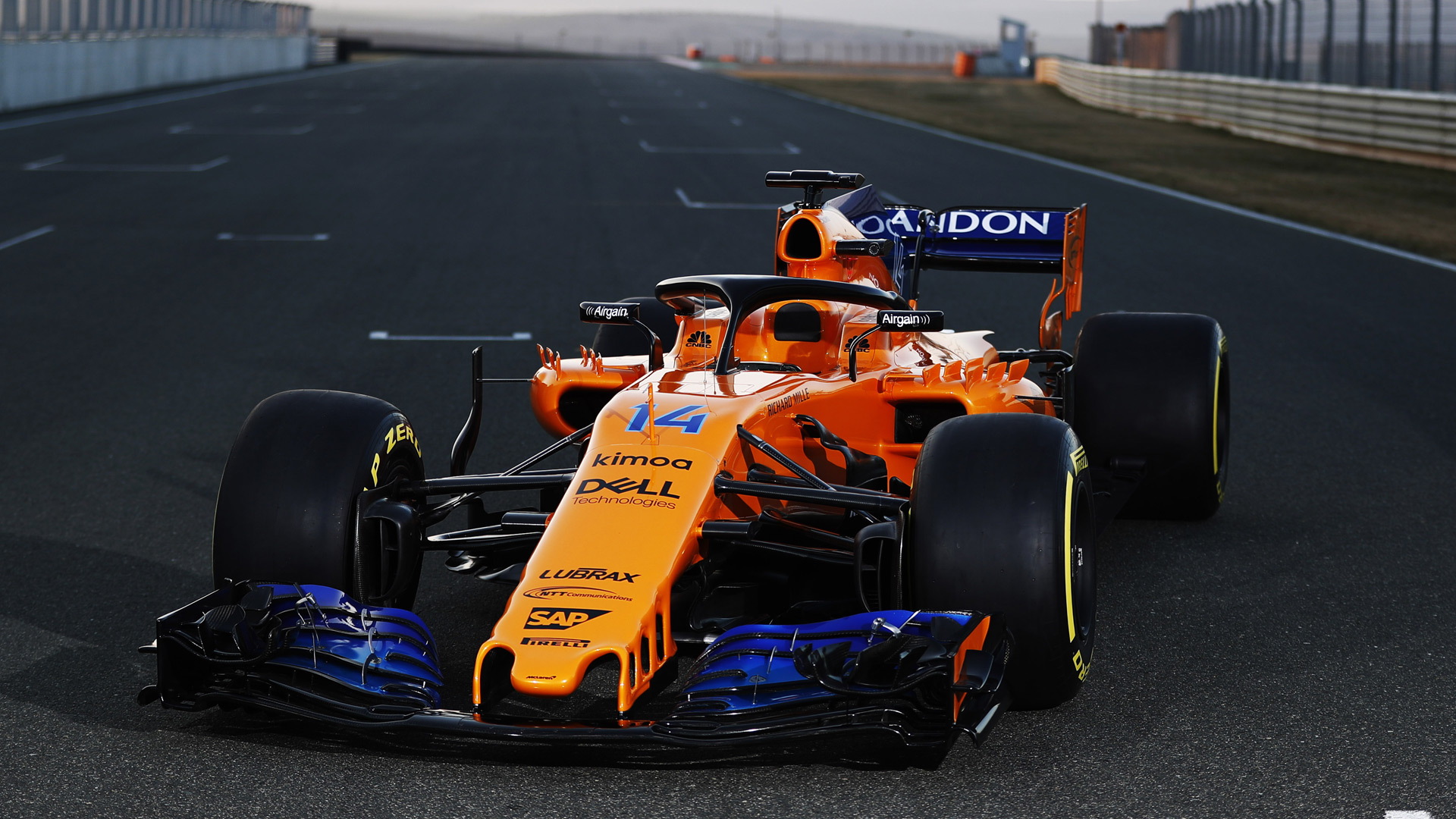 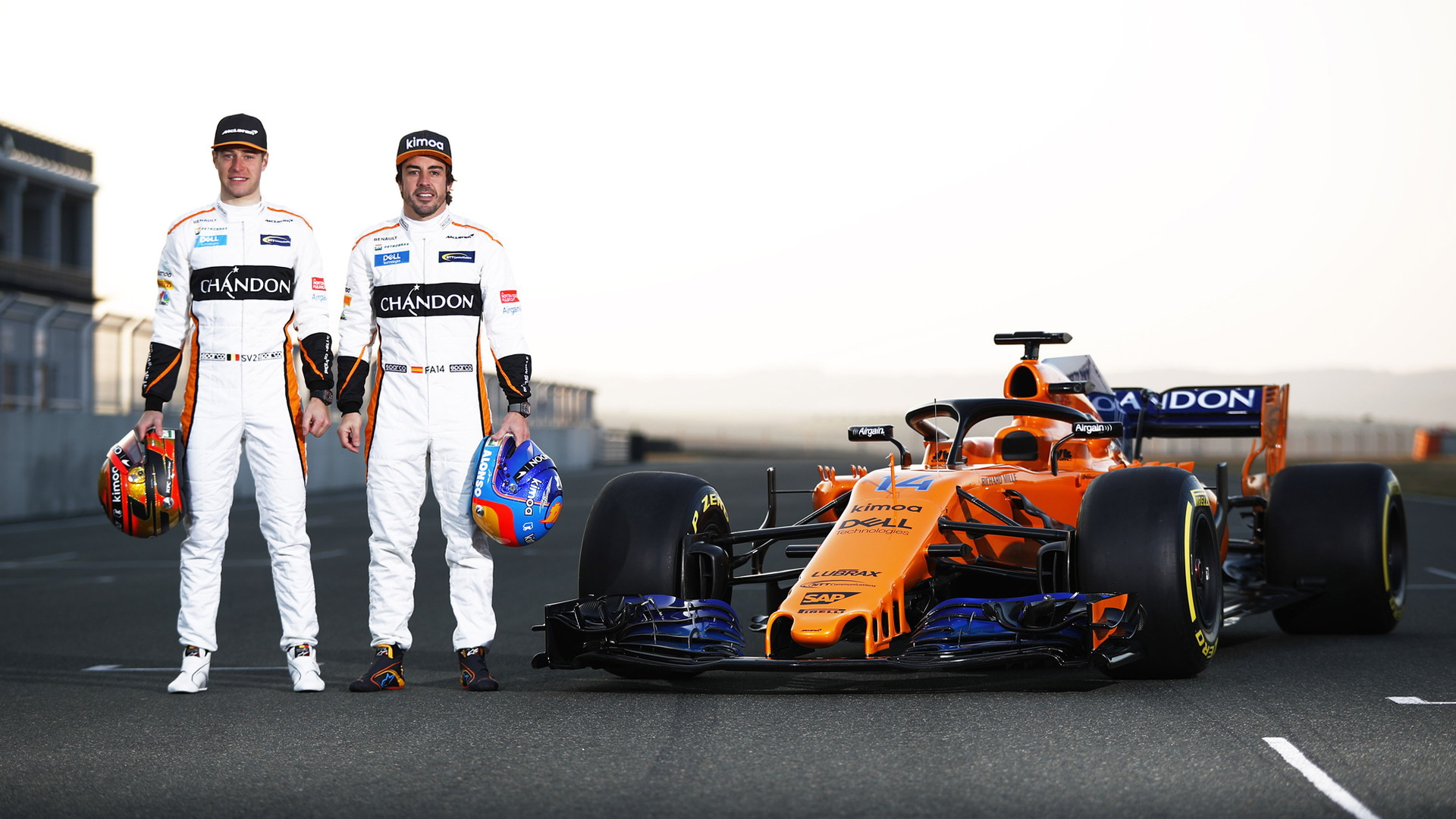 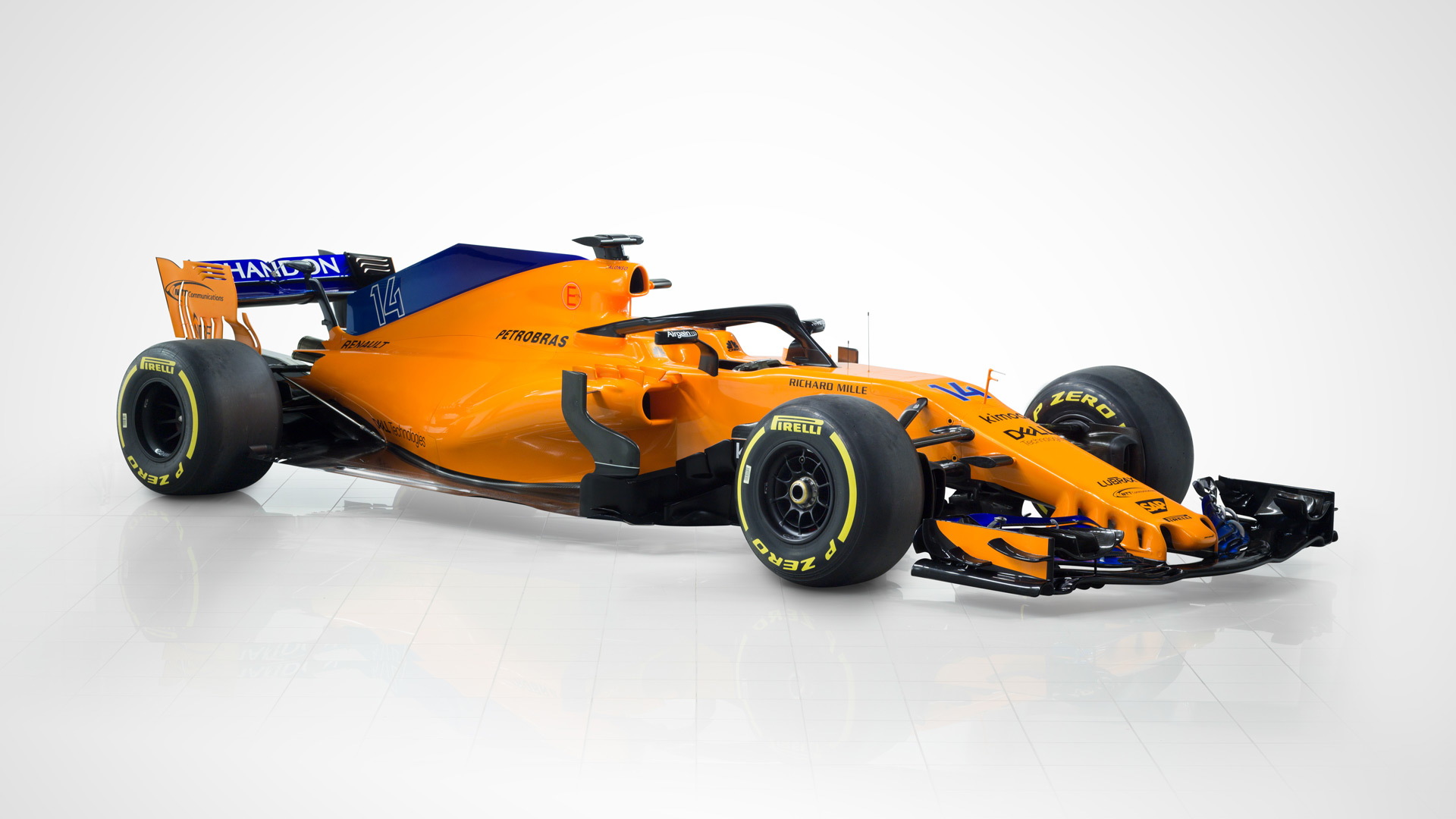 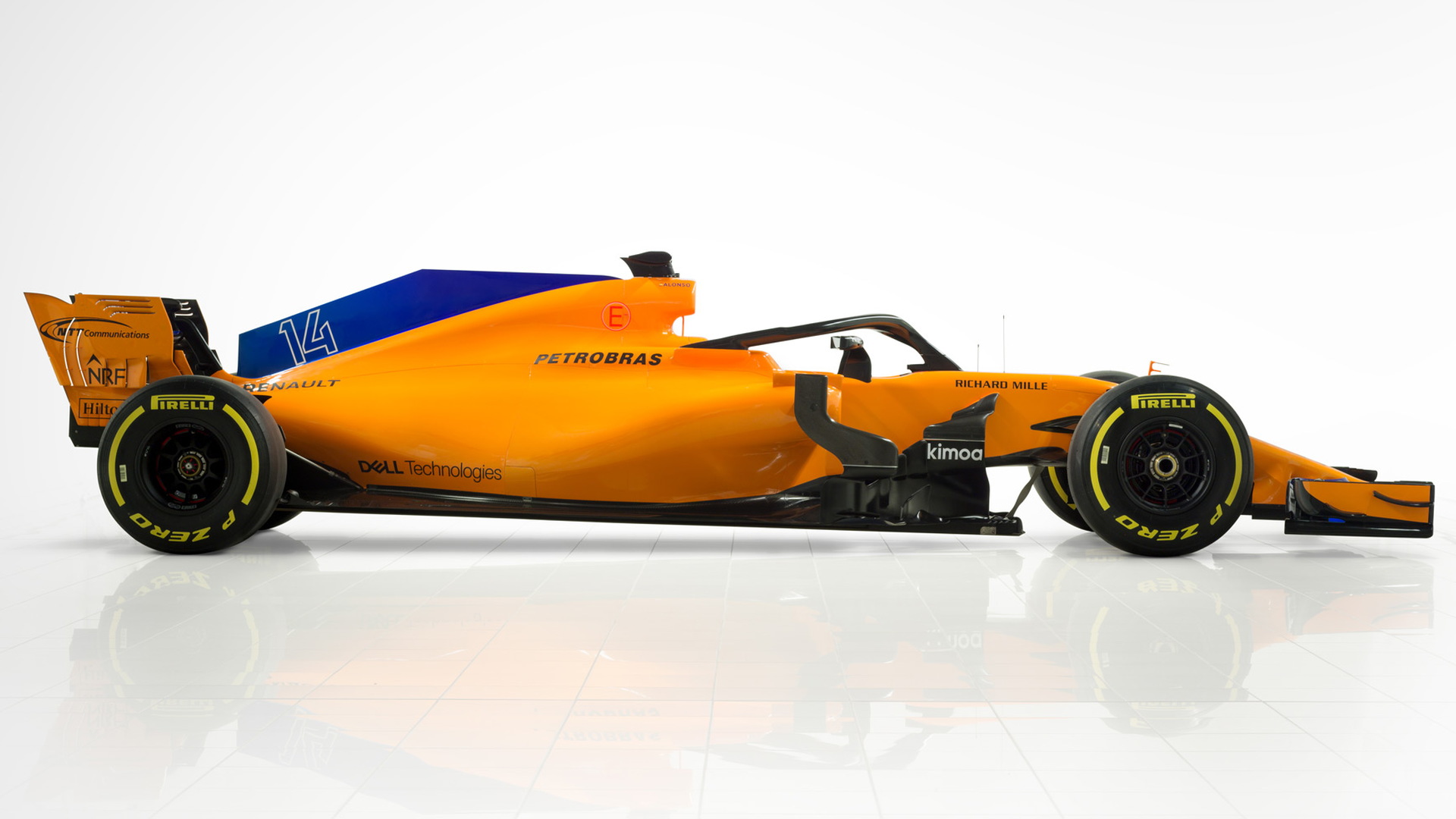 The car is decked out in a historic livery that borrows the papaya orange and blue color scheme that graced McLaren's earliest F1 cars, and it also features the new Halo cockpit protection system and revised engine cowl design that all F1 cars in the 2018 season have adopted.

The MCL33 is an evolution of last year's MCL32 but with the dramatic change of a Renault power unit instead of one from Honda. It's the first time in McLaren's 50-year history that one of its race cars have been powered by Renault.

Honda’s return to F1 in 2015 as a power unit supplier to McLaren turned out to be disastrous, with the Japanese firm’s power units proving unreliable and lacking in performance. McLaren ended up going from title contender to backmarker pretty much overnight. It's been the worst slump in the team's history.

Despite having had a contract until 2024, McLaren and Honda amicably decided to go their separate ways last September. Honda became the power unit supplier for Red Bull Racing feeder team Toro Rosso while McLaren signed a power unit agreement with Renault. The French automaker this season is also supplying power units for its own R.S.18 F1 car, as well as Red Bull Racing's RB14.

McLaren will stick with a Renault power unit for three seasons. By 2021, more power unit suppliers are expected to enter due to new rules aimed at reducing the cost and complexity, potentially including Aston Martin and/or Porsche.

Driving for McLaren this season will be Fernando Alonso and Stoffel Vandoorne. Alonso, who won his two world championships (2005 and 2006) under Renault power, will be very busy this season. That's because he's also contending the 2018/2019 World Endurance Championship with Toyota.

Teams will soon head to the Circuit de Catalunya near Barcelona, Spain for the start of the winter tests on February 26. The first race of the new season is the Australian Grand Prix on March 25.