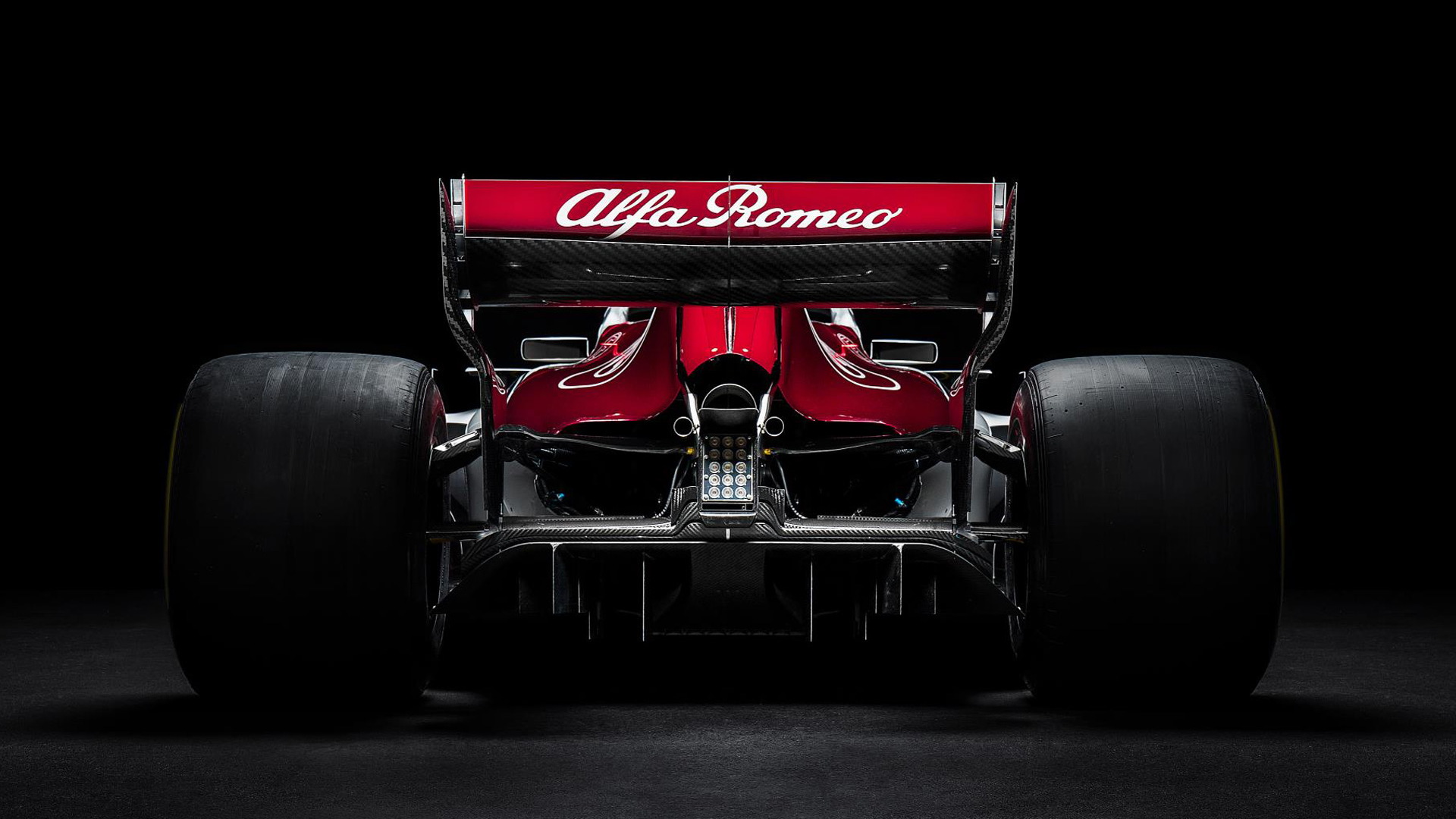 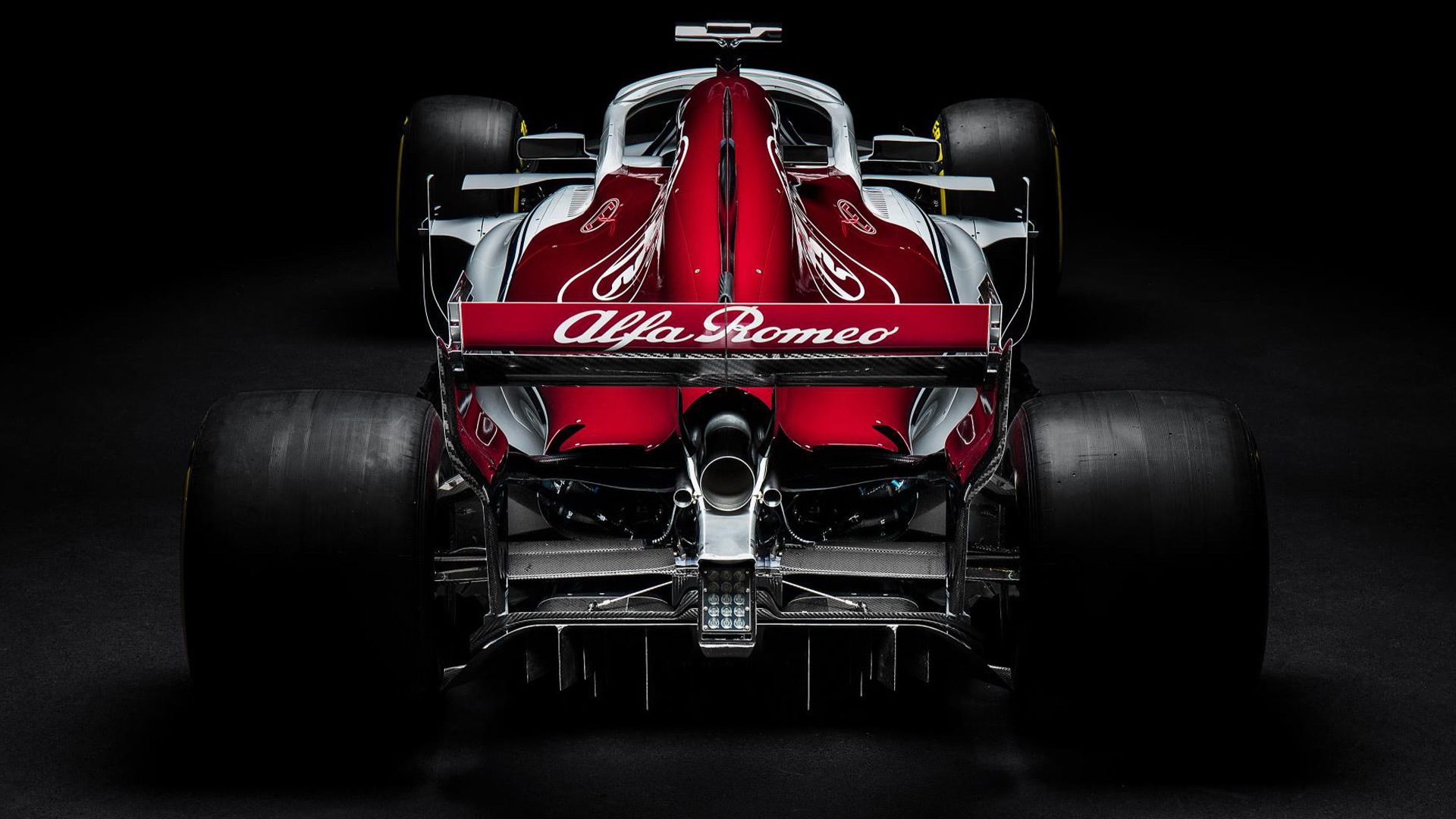 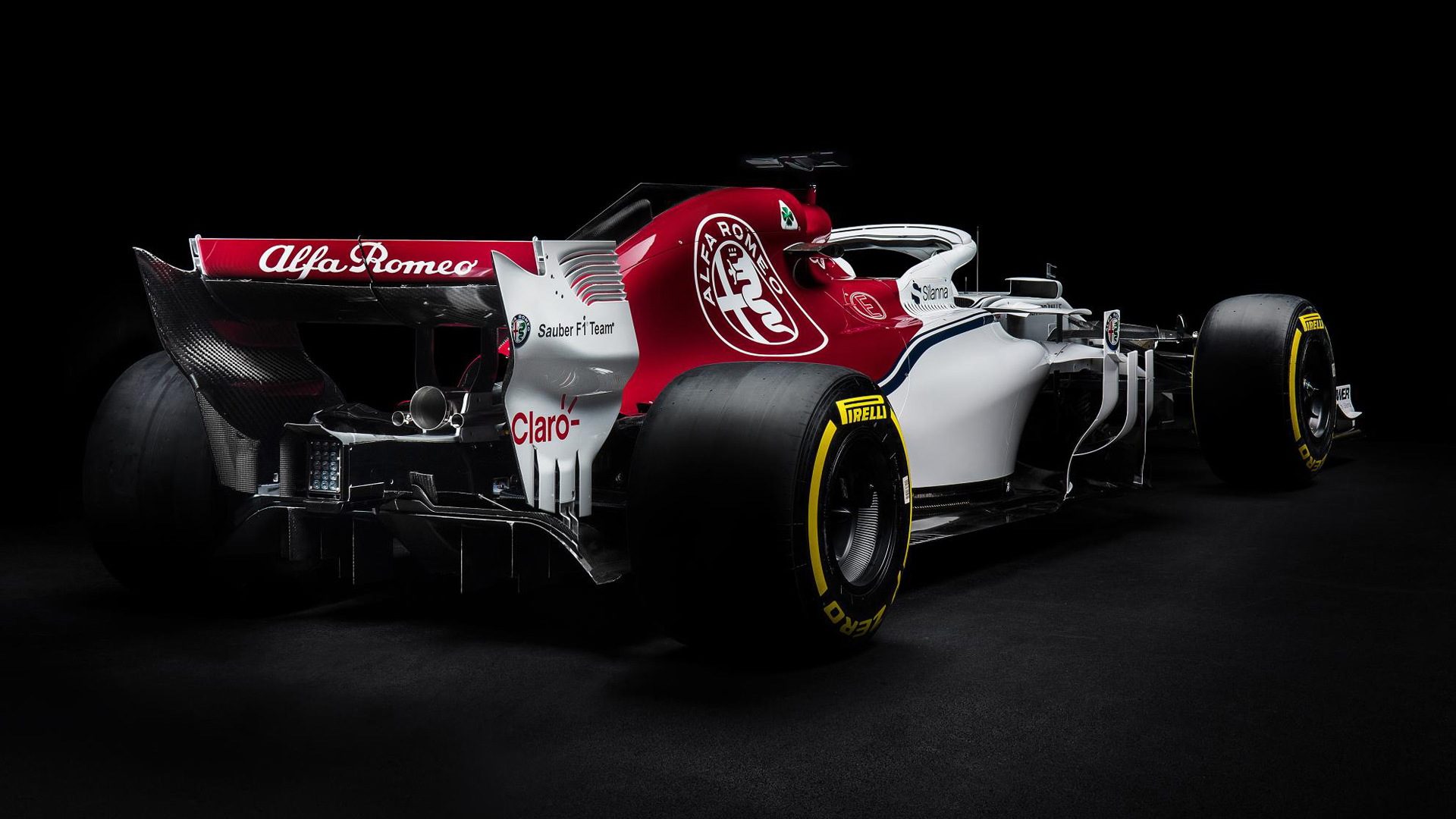 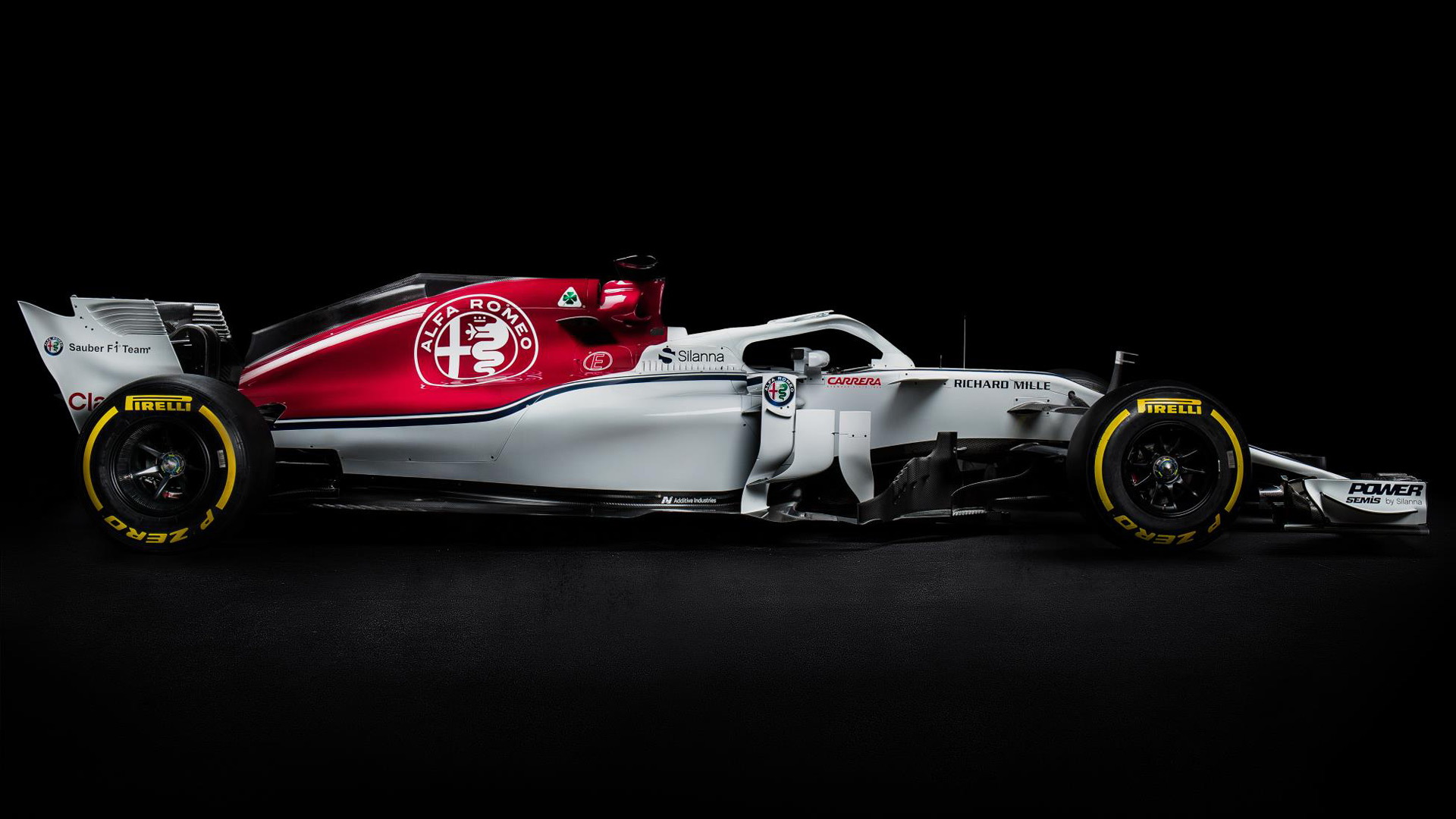 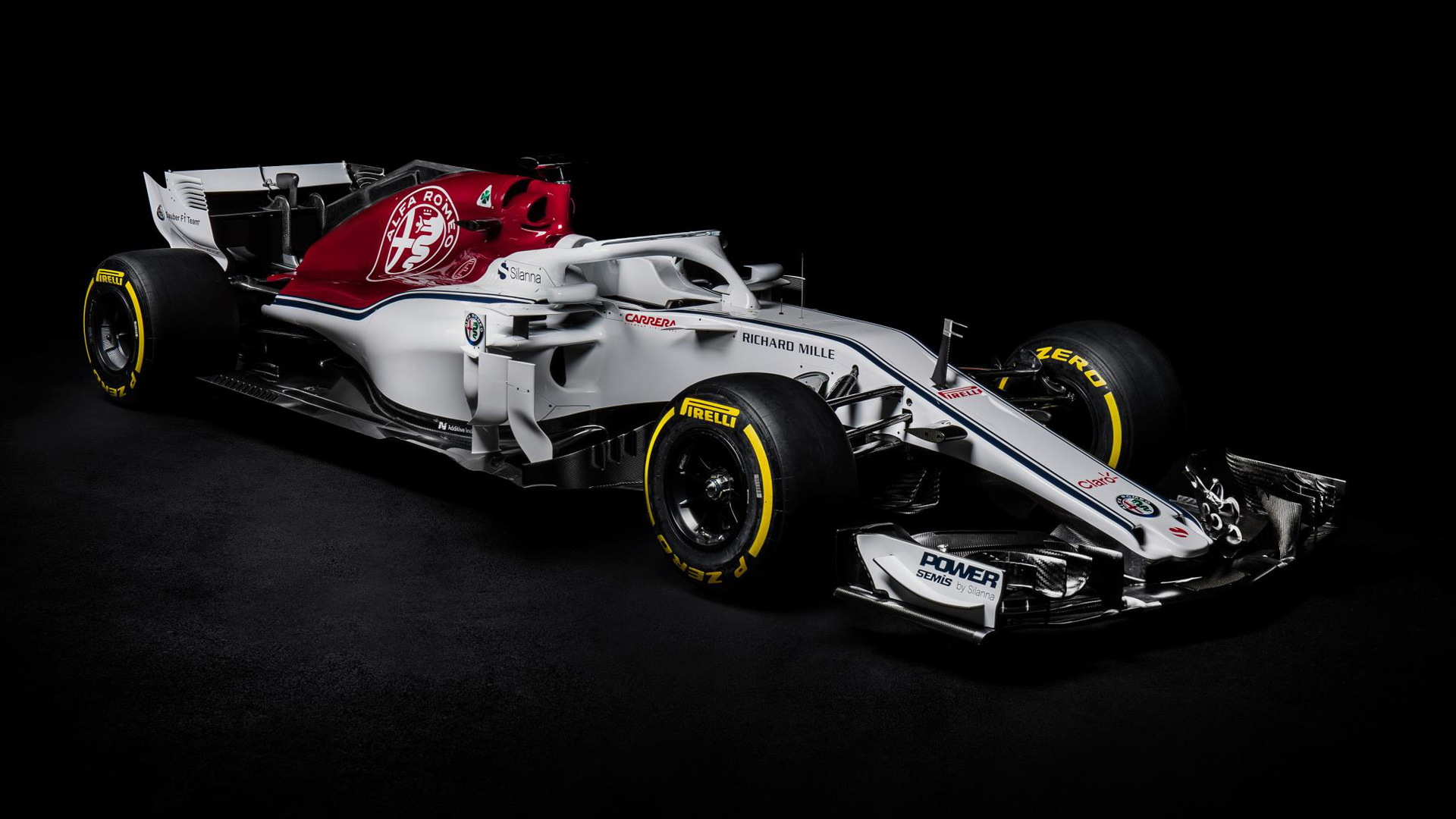 We're just over a month out from the first race of the 2018 Formula 1 World Championship and all of the teams set to compete are slowly revealing their new race cars. The latest is Sauber, which we learned in December will compete under the banner Alfa Romeo Sauber thanks to a sponsorship deal with the Italian automaker.

Yes, Alfa Romeo is returning to F1 after more than 30 years away from the sport, though not as a constructor, nor even a power unit supplier; two capacities the automaker has served in previously. Instead, Alfa Romeo is serving as title sponsor and technical partner of Sauber, which ranked at the bottom of the standings last year with just 5 points.

Sauber's car for the 2018 season is the C37, which was revealed on Tuesday with its Alfa Romeo-branded livery. White serves as the primary color with Alfa Romeo’s Rosso Competizione red hue adorning the engine cowl. The red is significant as the engine along with the rest of the power unit is sourced from Ferrari, just like last year. The power unit consists of a 1.6-liter turbocharged V-6 working with an electric motor-generator on the crankshaft and a second electric motor-generator integrated with the turbocharger.

Given the dramatic changes introduced for the 2017 season, the main one being the much bigger rubber, organizers have toned down the rule changes this season. Nevertheless, the look of the cars has changed in several areas this season. The most notable is the addition of the Halo cockpit protection system. Another key change is the elimination of the T-wing and fin mounted atop the engine cover, along with the crash wing, better known as the monkey seat, which used to sit below the rear wing.

Driving the C37 will be Marcus Ericsson and Charles Leclerc.

Another team that revealed its 2018 F1 car on Tuesday was Red Bull Racing. It's another team with title sponsorship from an automaker, in this case Aston Martin. 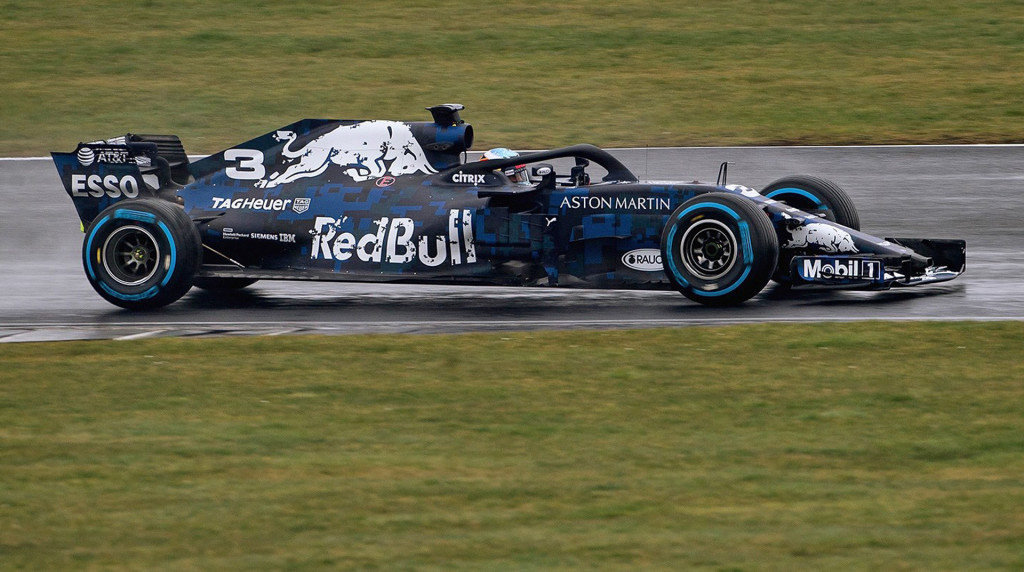 Red Bull's car for the 2018 season is called the RB14. Its blue and white livery was for the launch only and the car will transition to a new livery during the season.

Unfortunately for the team, the RB14 has already suffered its first crash. During the launch at a very wet Silverstone Circuit, Daniel Ricciardo ran into the barriers. Fortunately he was uninjured. The RB14 is also expected to be repaired in time for the first round of pre-season testing, which kicks off at the Circuit de Catalunya near Barcelona, Spain on February 26. The first race of the new season is the Australian Grand Prix on March 25.

Driving alongside Ricciardo at Red Bull will once again be Max Verstappen.