UPDATE: It's probably not a coincidence. A video has surfaced that shows Vin Diesel and a pair of Challengers with a Demon-looking badge visible on one of the cars. Picture below.

The latest season of "Sherlock" came to a strange close, so we're putting our deductive logic to the test if you don't mind.

"The Fast and the Furious" franchise is predicated on fast cars and Vin Diesel. The eighth installment, "The Fate of the Furious," arrives in theaters April 14. (Vin Diesel is already here, we think.)

The 2018 Dodge Challenger SRT Demon is predicated on turning solid tires into noise and smoke. It arrives at the New York auto show on April 12.

We know there will be a wide-body Challenger in the new movie because we've seen it in the trailer. We know the movie takes place in New York, because Diesel said so. 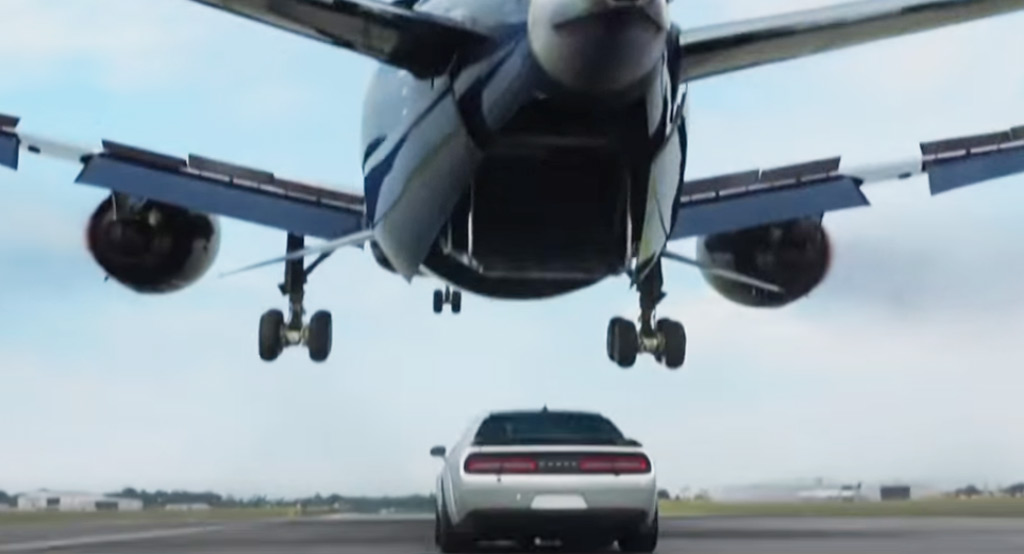 Scene from 'The Fate of The Furious'

The Dodge Demon will be a fast car. There's a movie about fast cars coming.

Hold on, I think I smell burnt toast.

Either way, we're pretty jazzed about the idea of seeing the Dodge Demon in person—and perhaps on the big screen—in April. No word from a Dodge spokesman about whether we've solved the case of the "Really Fast Car in a Movie About Really Fast Cars Coming Out at the Same Time" but we'll keep you updated.

Until then, we'll follow the breadcrumbs as Dodge drops them... 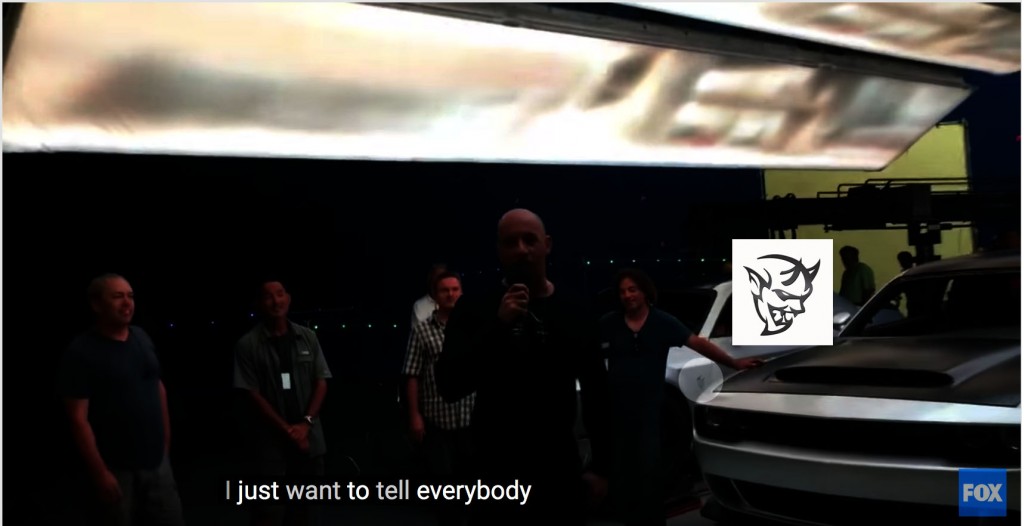