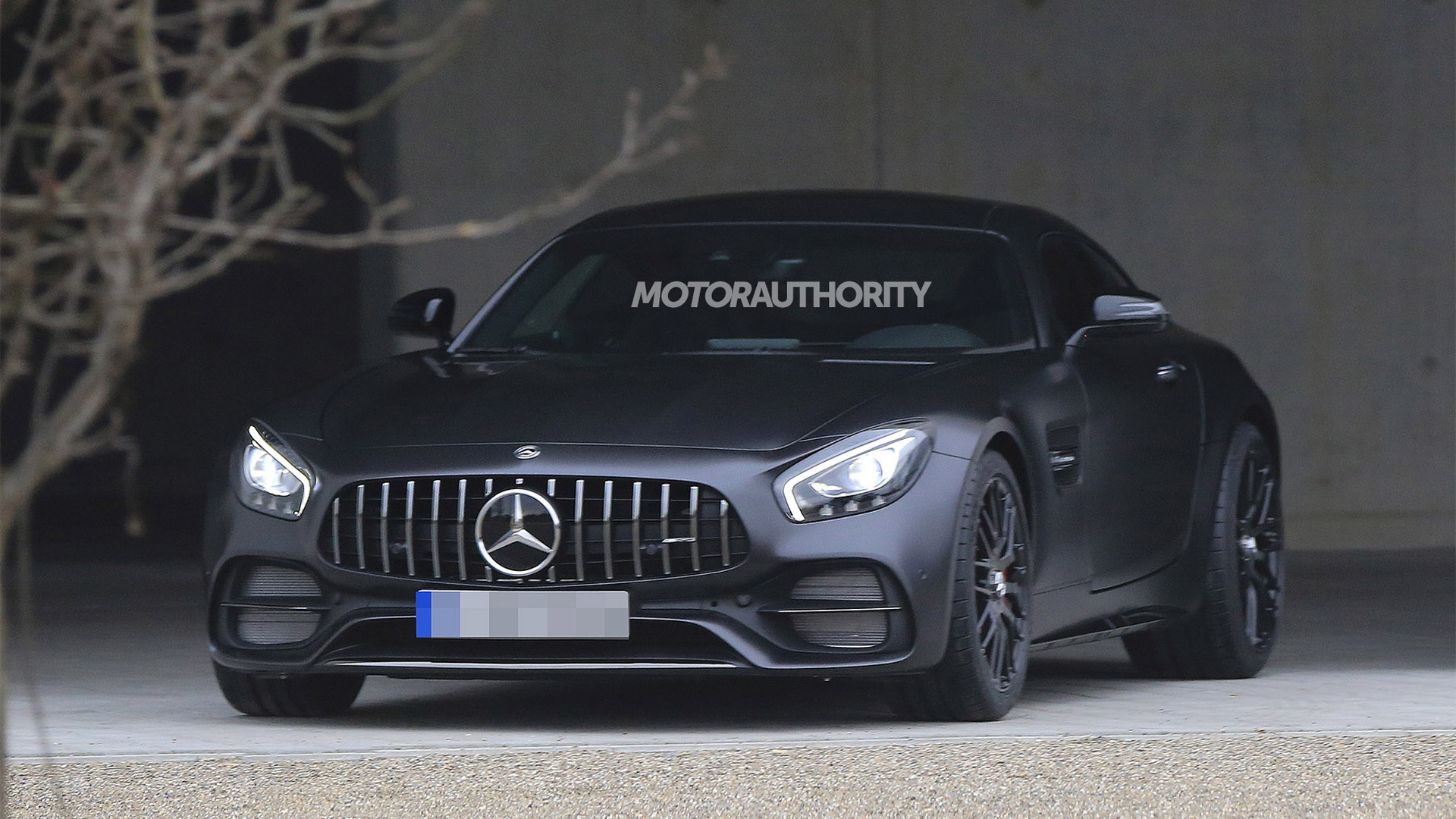 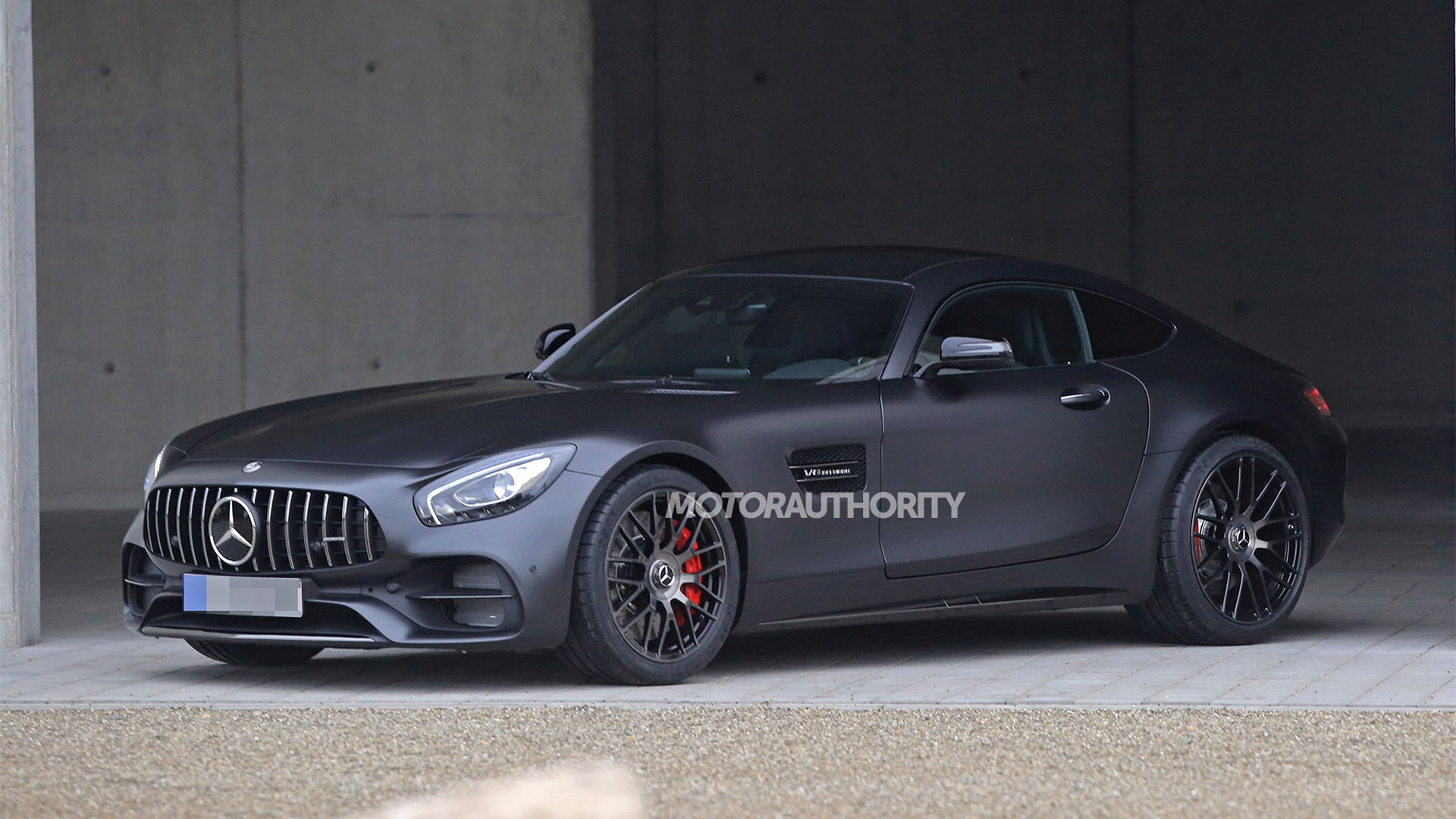 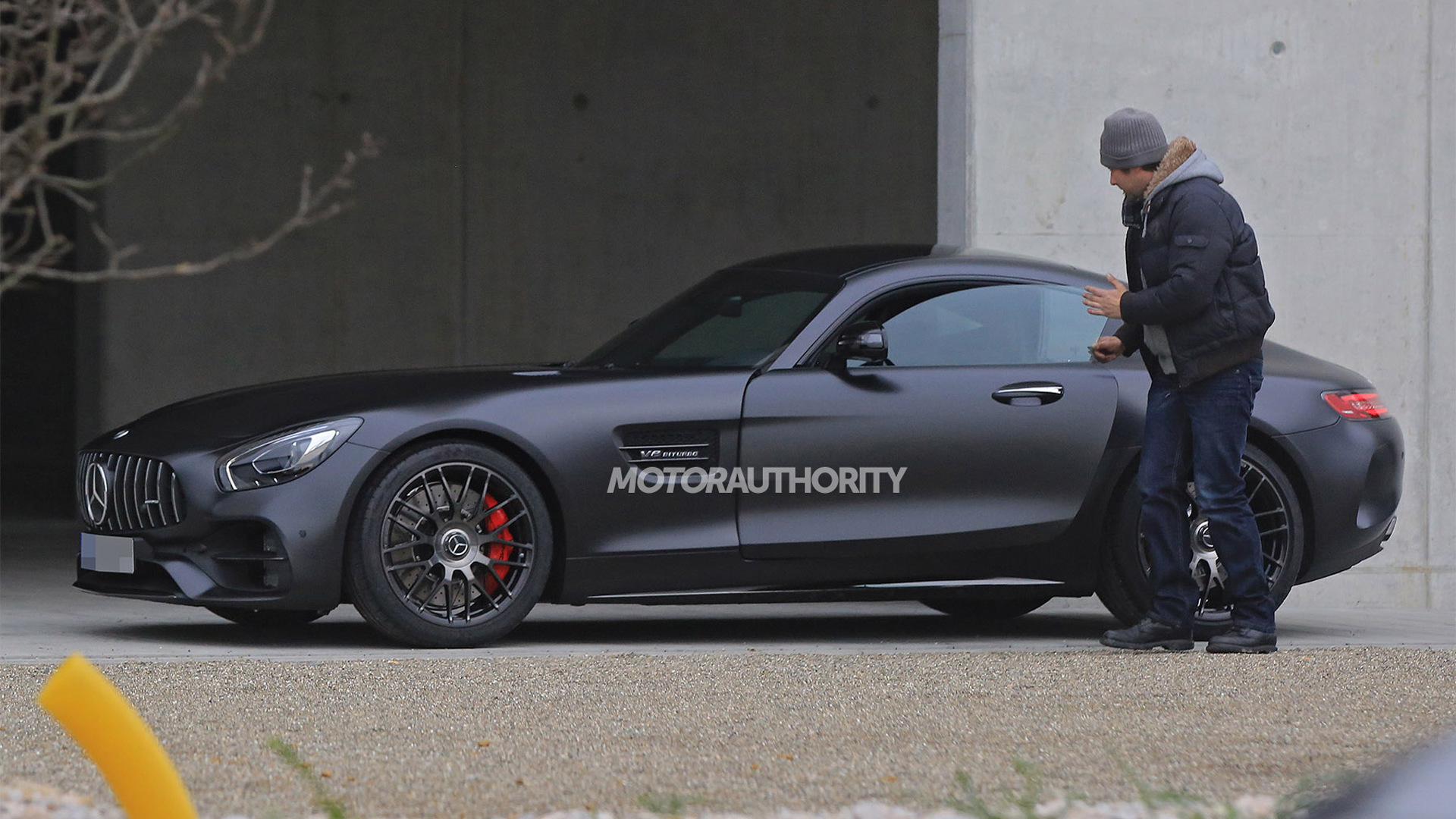 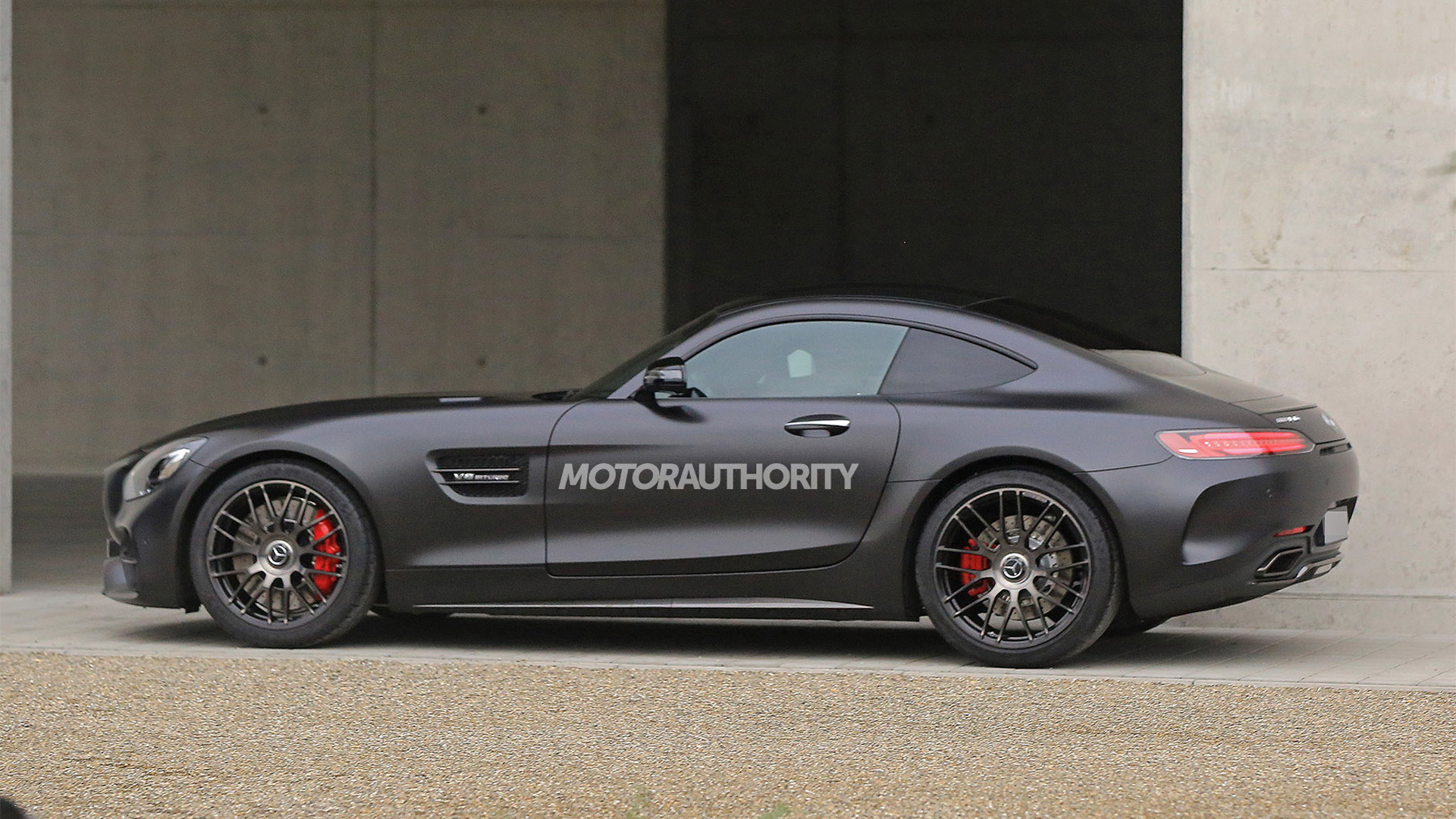 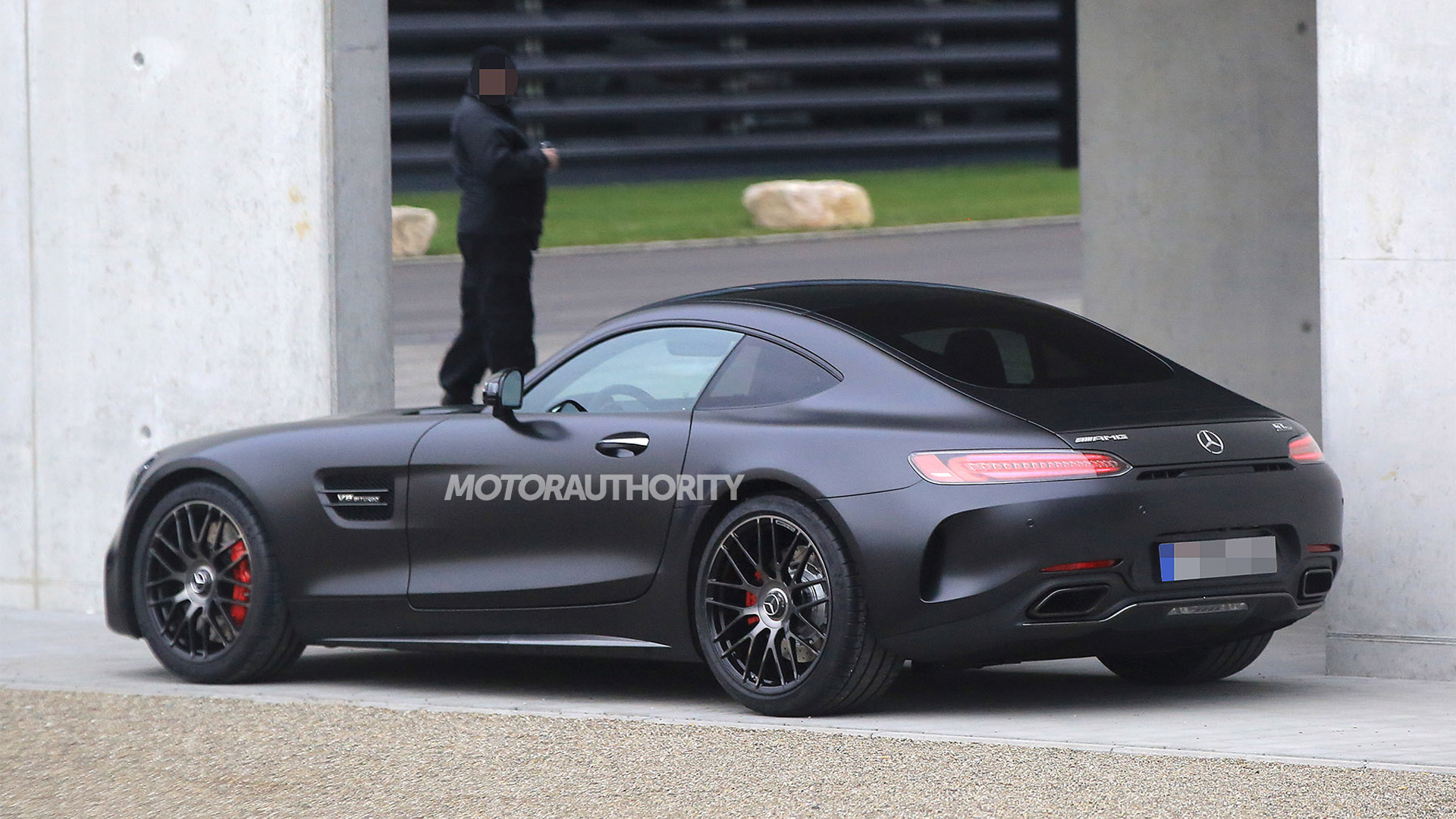 The Mercedes-AMG GT C Roadster that debuted in September at the 2016 Paris auto show is about to spawn a coupe sibling.

The enclosed car has just been spied during what looks to be an official photo shoot. This suggests the reveal isn't far.

The GT C coupe is hardly a secret. In fact, we already know when it will go on sale. According to a presentation slide made to investors in July, the market launch for the GT C will be in late 2017, which means we should see it arrive as a 2018 model.

The car borrows elements from the track-focused GT R, like the protruding “Panamericana” grille and wider fenders covering up a wider track. It doesn’t quite match the GT R’s 577 horsepower, but there’s still 550 hp to ensure bragging rights over the GT S and GT.

If you’re confused by the alphabet soup of names, just think of the GT C as AMG’s rival to the Porsche 911 Turbo. The GT S targets the 911 Carrera S while the base GT targets the base Carrera. The GT R targets the more hardcore 911 GT3/GT3 RS models, although it’s substantially quicker than the Porsches, and eventually AMG will add a GT Black Series. That last one will go up against Porsche’s 911 GT2, a new generation of which is still brewing.

Note, the GT C that’s been spied features an “Edition 50” badge on its rump. This means that we’re likely looking a special launch edition celebrating AMG’s 50th anniversary coming in 2017. A feature of the special edition model appears to be a sinister-looking matte black paint finish.