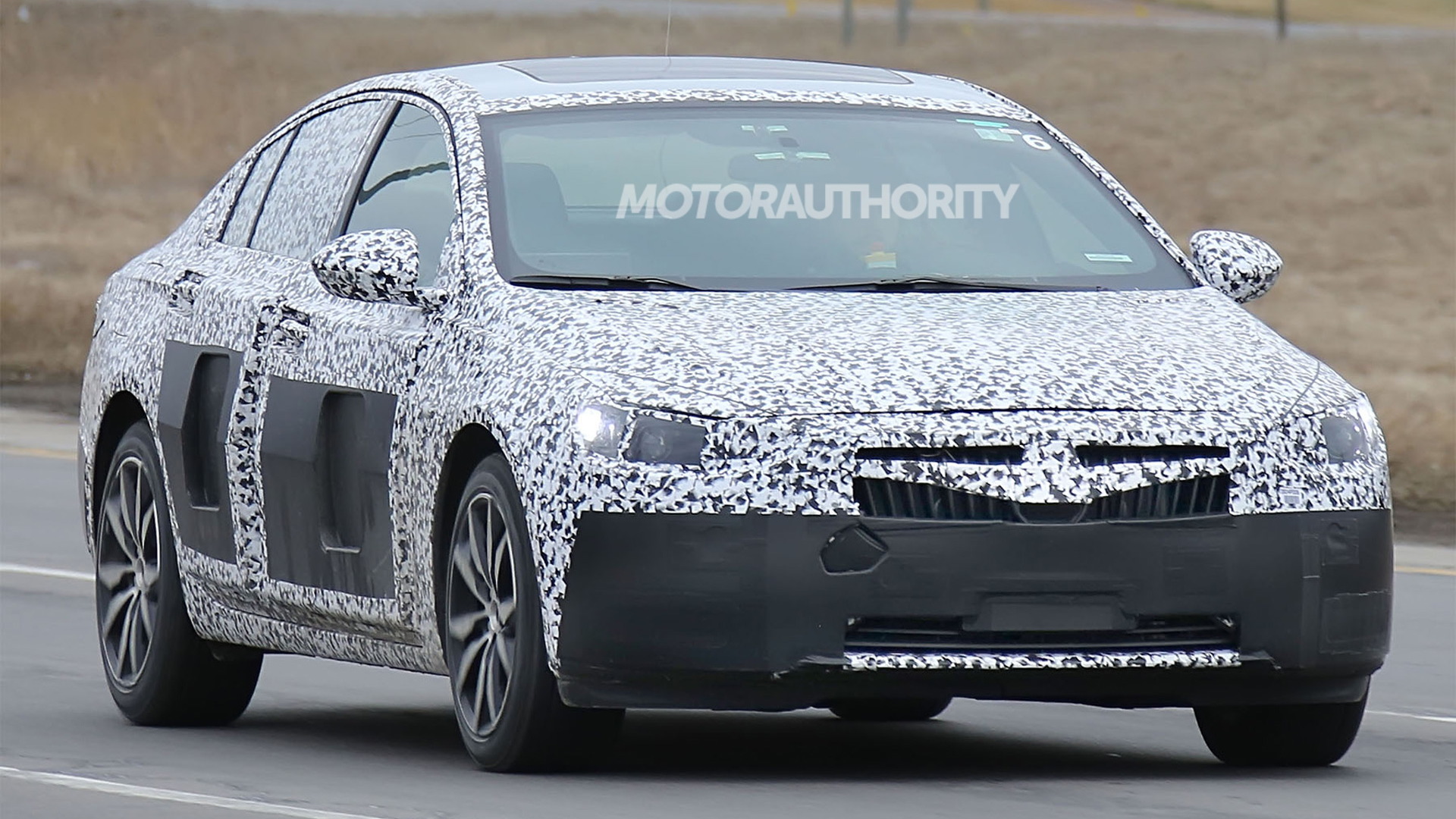 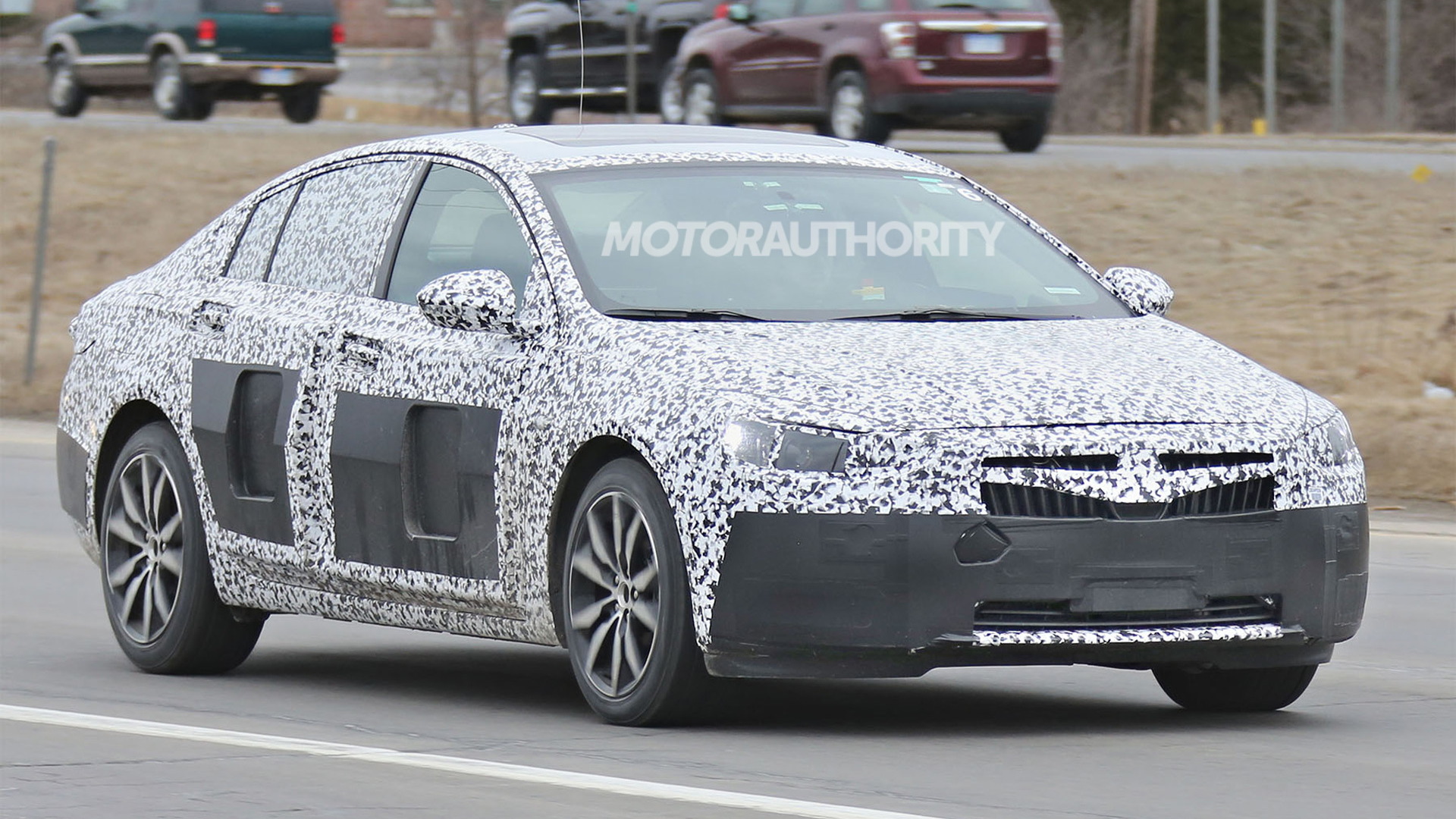 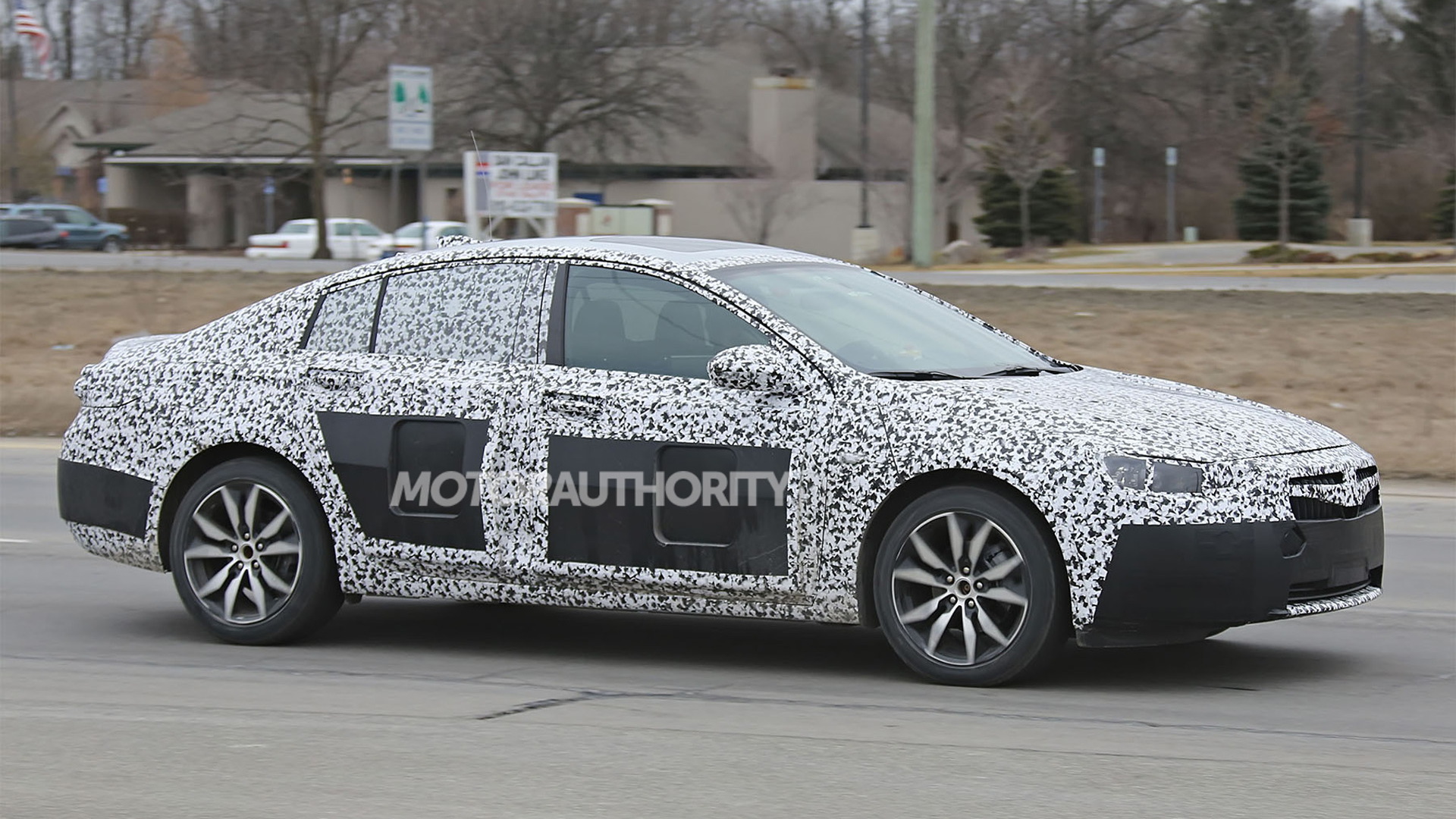 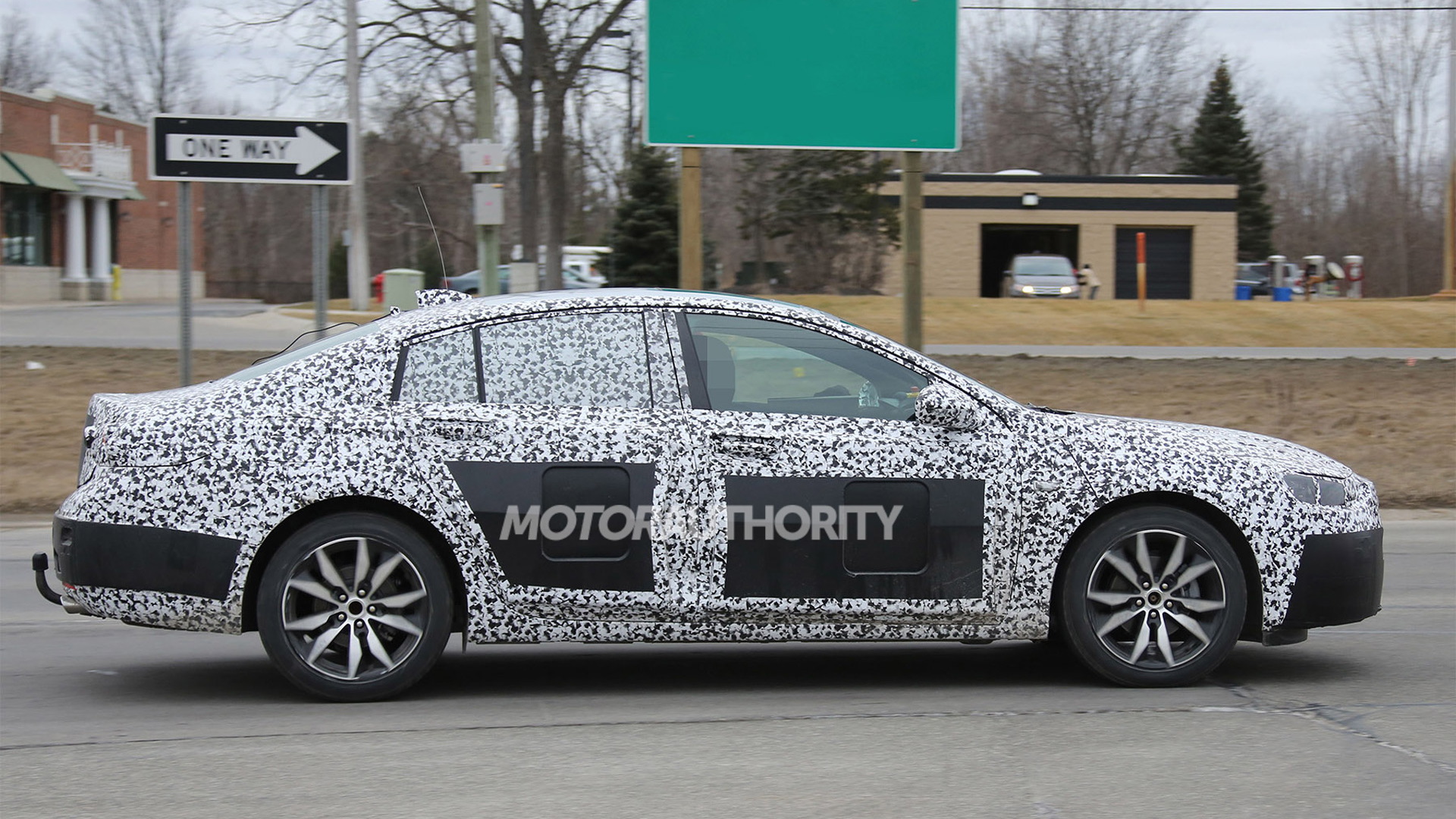 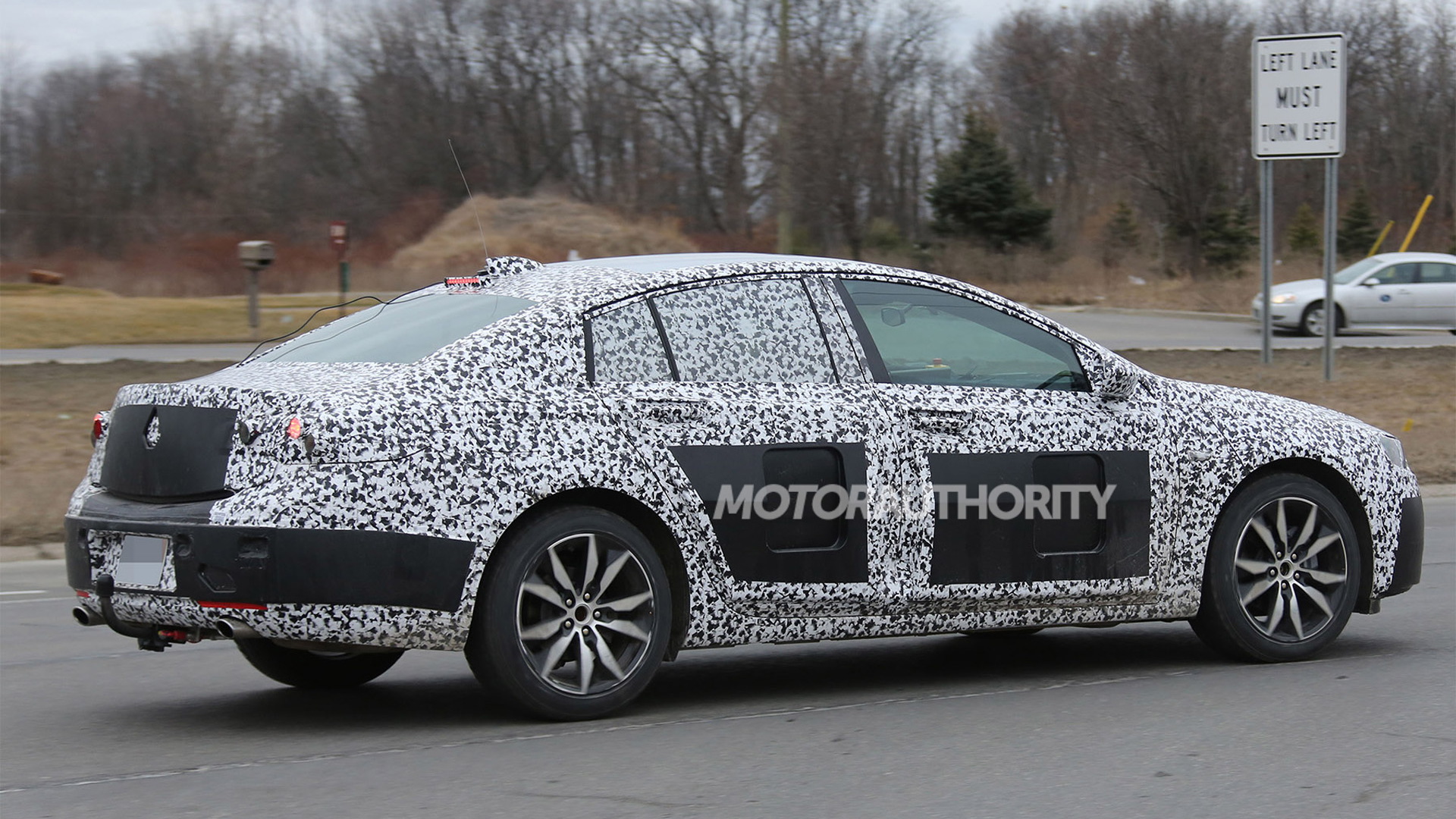 These are the first spy shots of a prototype for Buick’s next-generation Regal. The prototype was spotted testing in the United States and confirms that Buick’s new Regal will be a bigger car than the one it replaces.

The new Regal is due in showrooms next year, as a 2018 model, and like the current model this new one will be twinned with Opel’s Insignia. A version is also expected to be sold in Australia and New Zealand as the next Holden Commodore.

The new Regal should look like a downsized version of the 2017 Buick LaCrosse. We can clearly see Buick’s signature waterfall grille along with the same winged badge found on the latest LaCrosse. This prototype features a more conventional notchback body while prototypes for the Insignia feature a hatchback body. Prototypes for the third and final bodystyle, the wagon, should appear soon. Like the current Regal, the new one will likely be offered exclusively as a sedan, though we're still hoping Buick offers a Regal wagon this time around.

Underpinning the car is General Motors Company’s [NYSE:GM] E2XX platform designed for front-wheel-drive, mid-size models. The platform made its debut in the 2016 Chevrolet Malibu and a longer version of it, the P2XX, features in the latest LaCrosse. Key benefits include lightweight construction and better riding suspension.

It’s too early to talk powertrains but expect the base option to be a four-cylinder, possibly with turbocharging. We expect the current model’s 2.4-liter four-cylinder base engine to be dropped with this new model. The sole transmission should be an eight-speed automatic. Front-wheel drive will be standard and all-wheel drive offered as option.

The new Insignia is tipped to debut at the 2016 Paris Auto Show in October. The new Regal should debut shortly after at one of the major North American auto shows. Note, before the Regal arrives we’ll be seeing a new Verano.