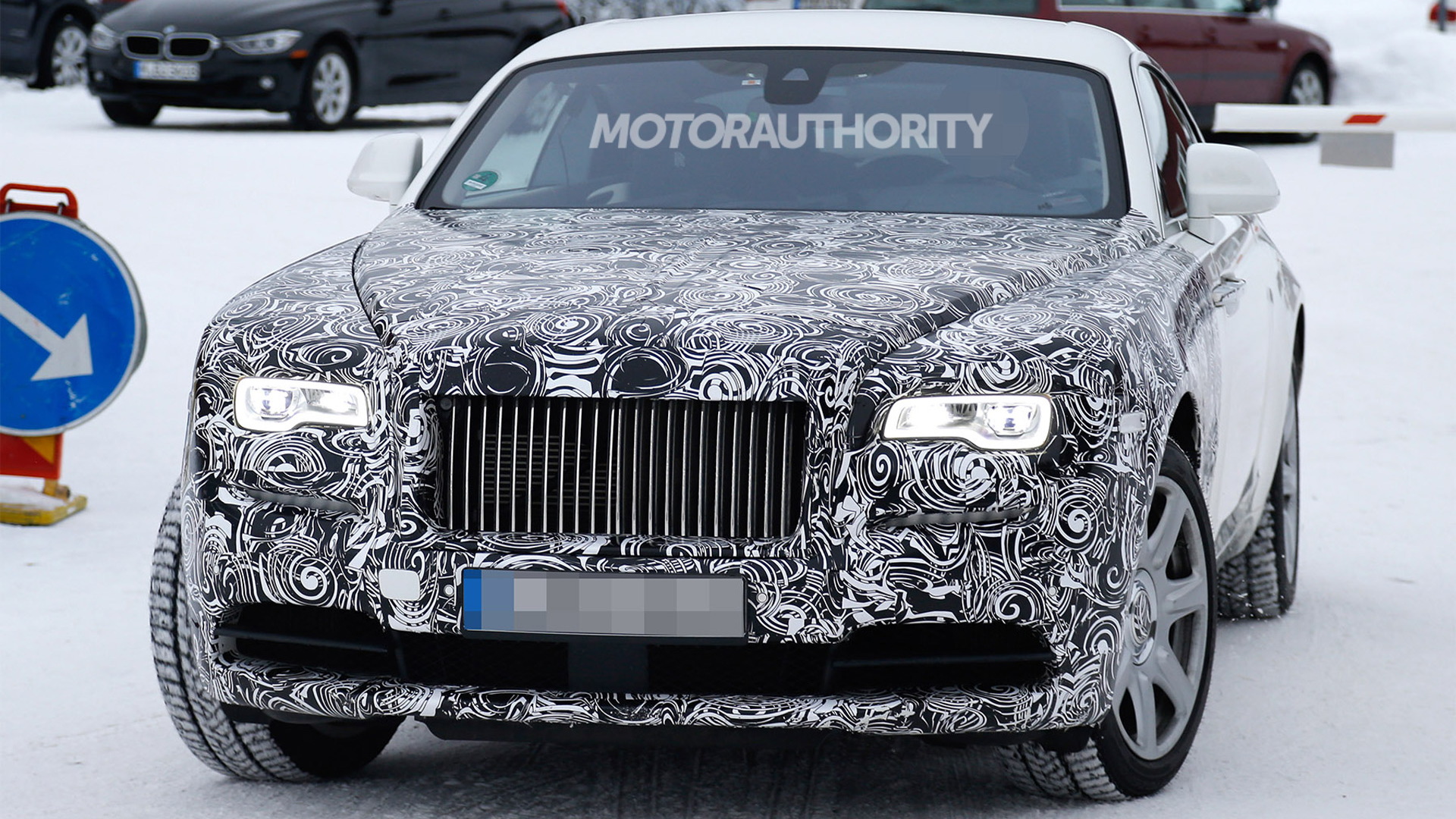 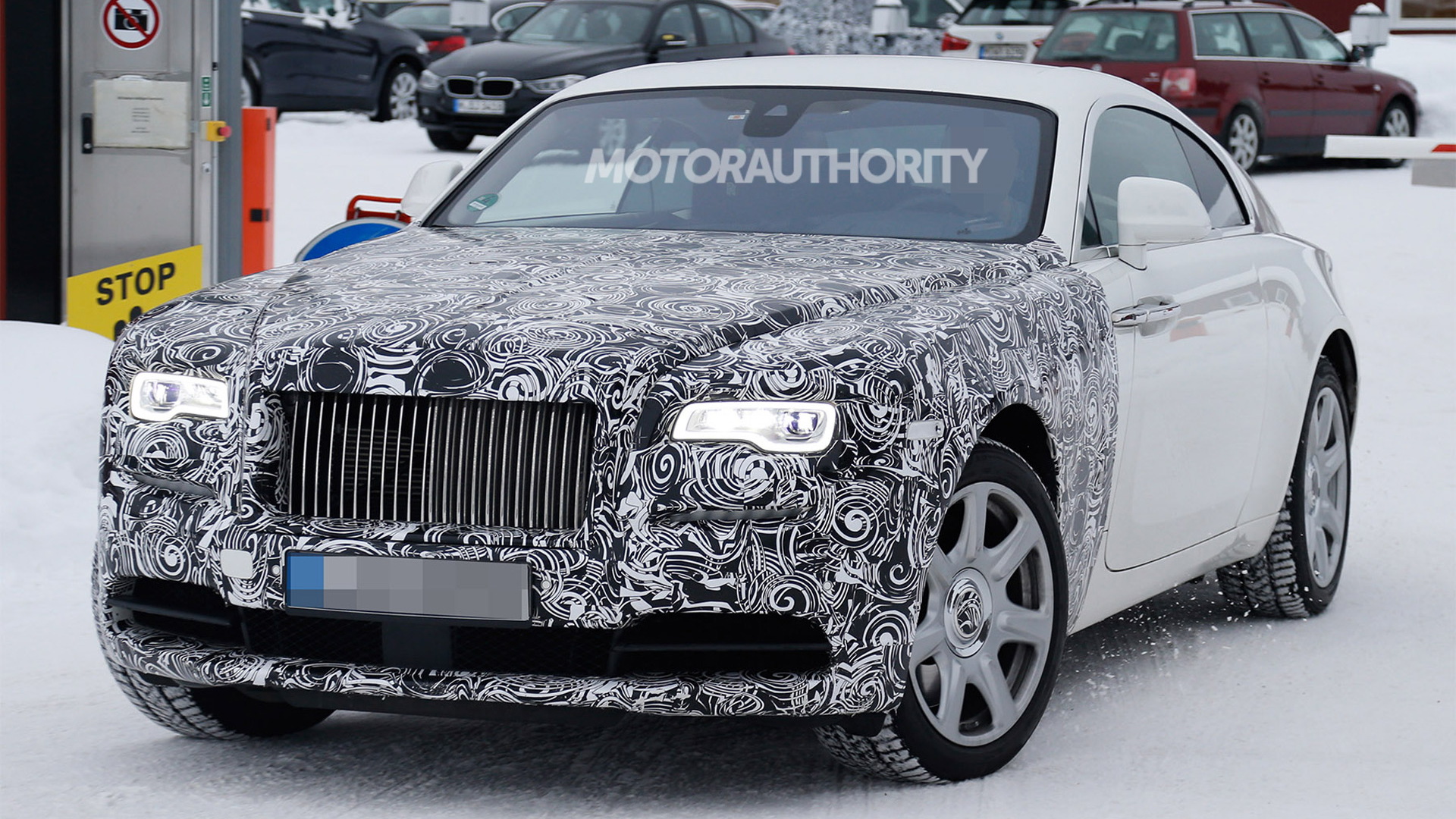 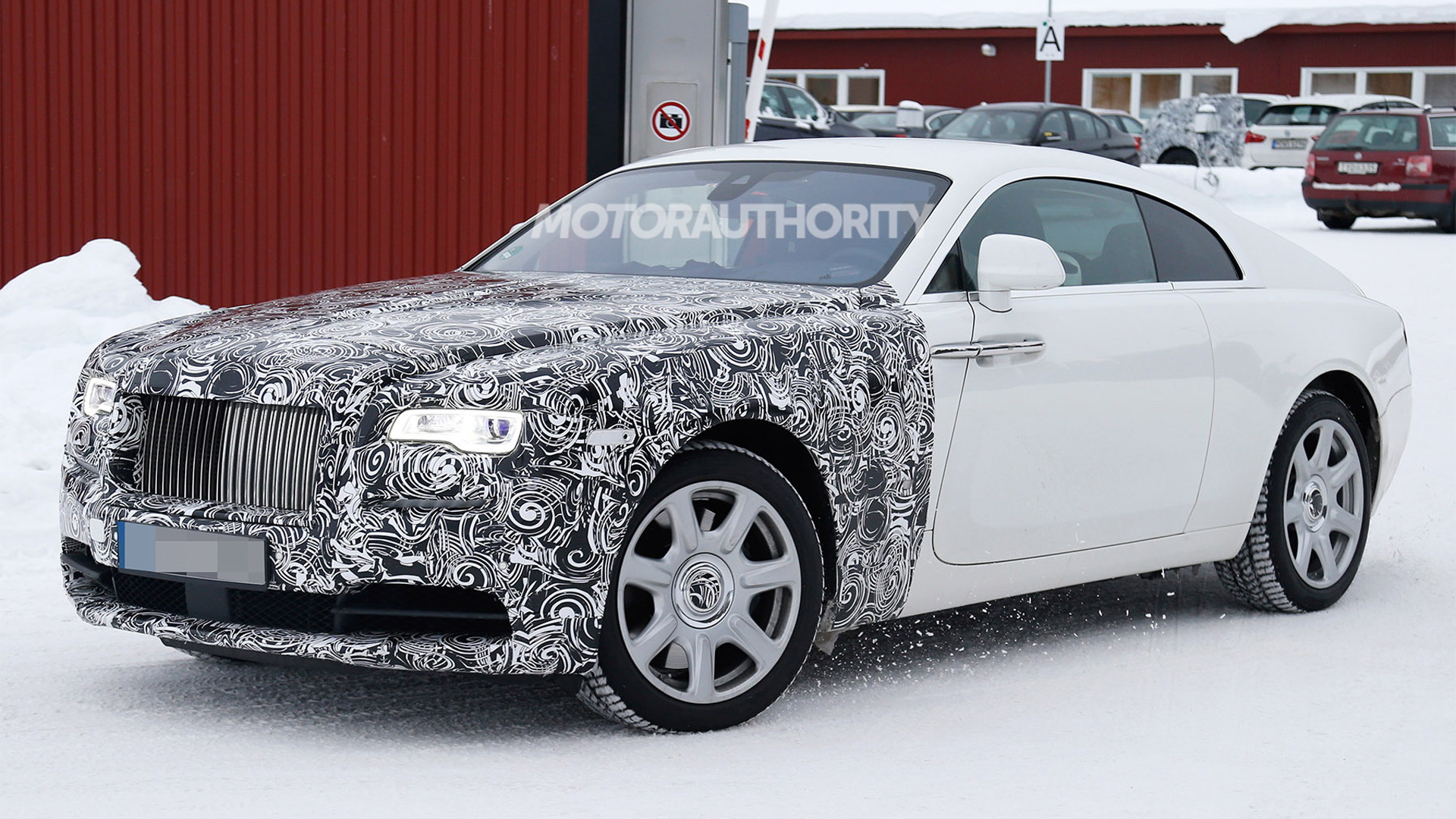 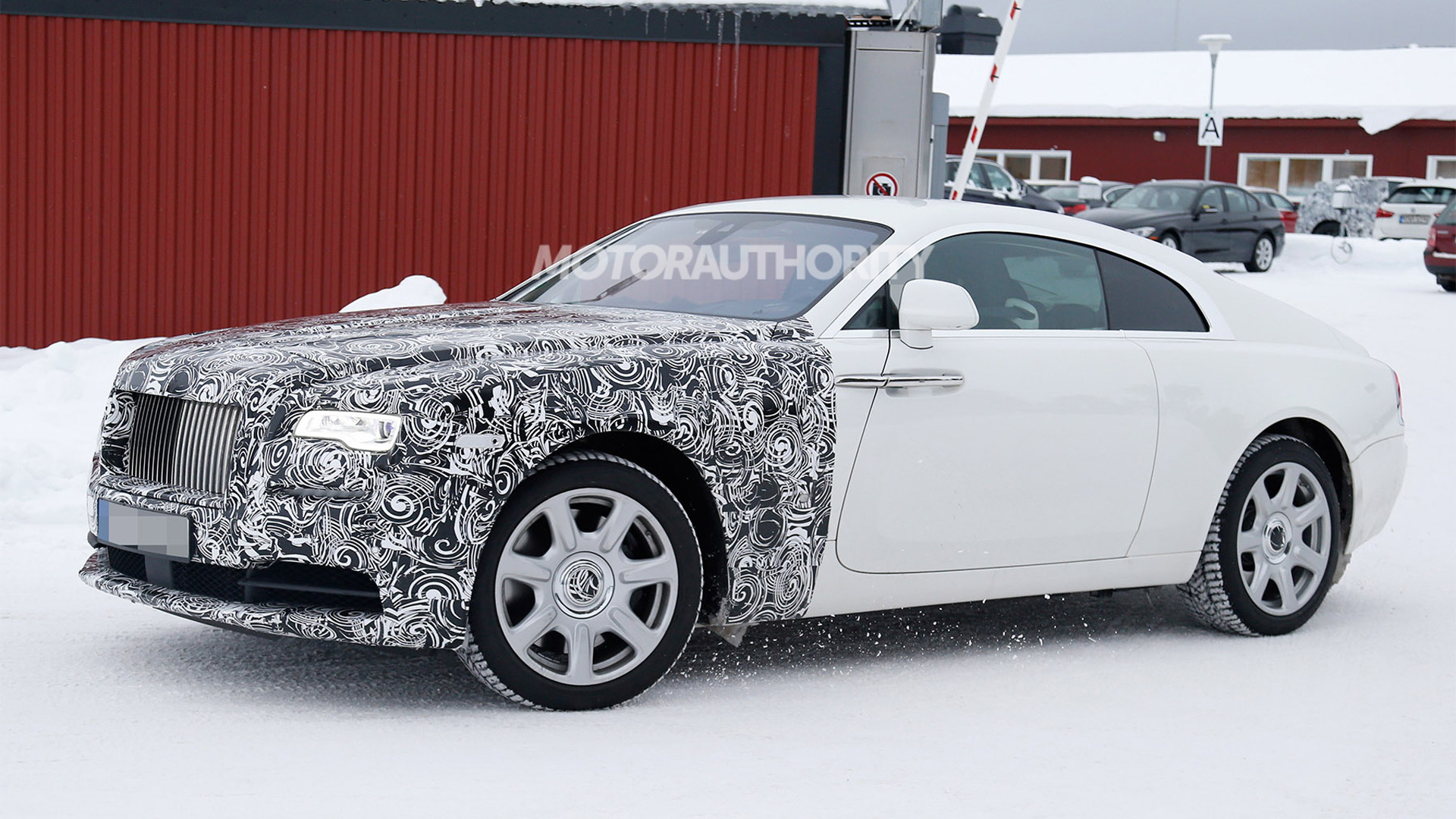 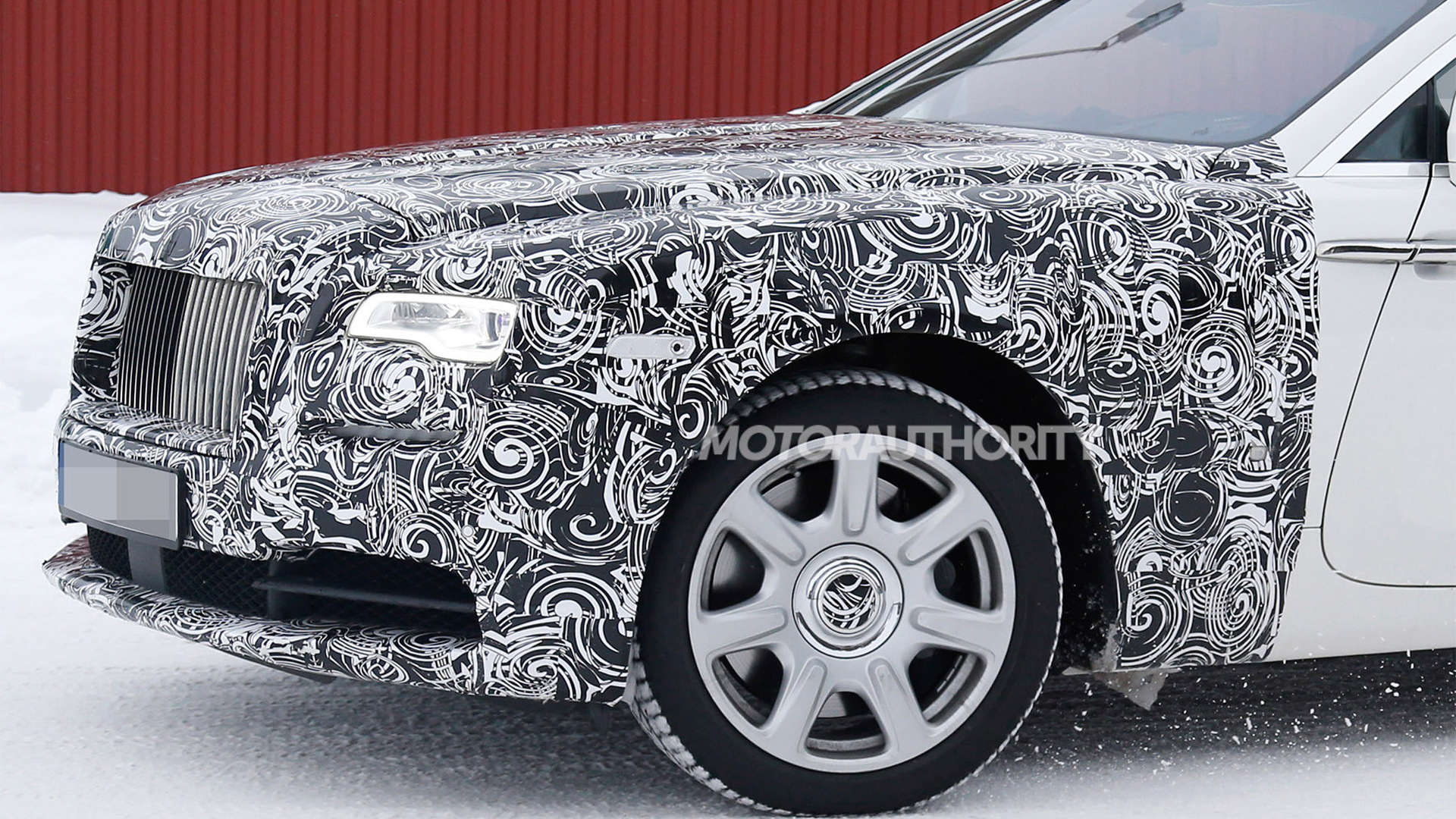 A prototype for an updated Rolls-Royce Wraith has been spotted testing once again. And these latest photos give us a hint at the new styling we can expect for the updated model, which in Rolls-Royce tradition will likely be called the Wraith Series II.

The photos reveal that changes are only being made to the front of the car. We can see a few stylistic features inspired by the design of the new Rolls-Royce Dawn, the convertible version of the Wraith. The changes include a more aerodynamic front section and revised lights.

We aren’t expecting any powertrain updates though there could end up being some tweaks made for efficiency gains. The current Wraith benefits from a twin-turbocharged 6.6-liter V-12 engine rated at 624 horsepower. Despite the Wraith’s 5,200-pound curb weight, the big engine can glide the car to 60 mph in about 4.4 seconds and on to a governed top speed of 155 mph.

A debut for the Wraith Series II is likely to take place sometime in 2017. This means we should see the car introduced for the 2018 model year.