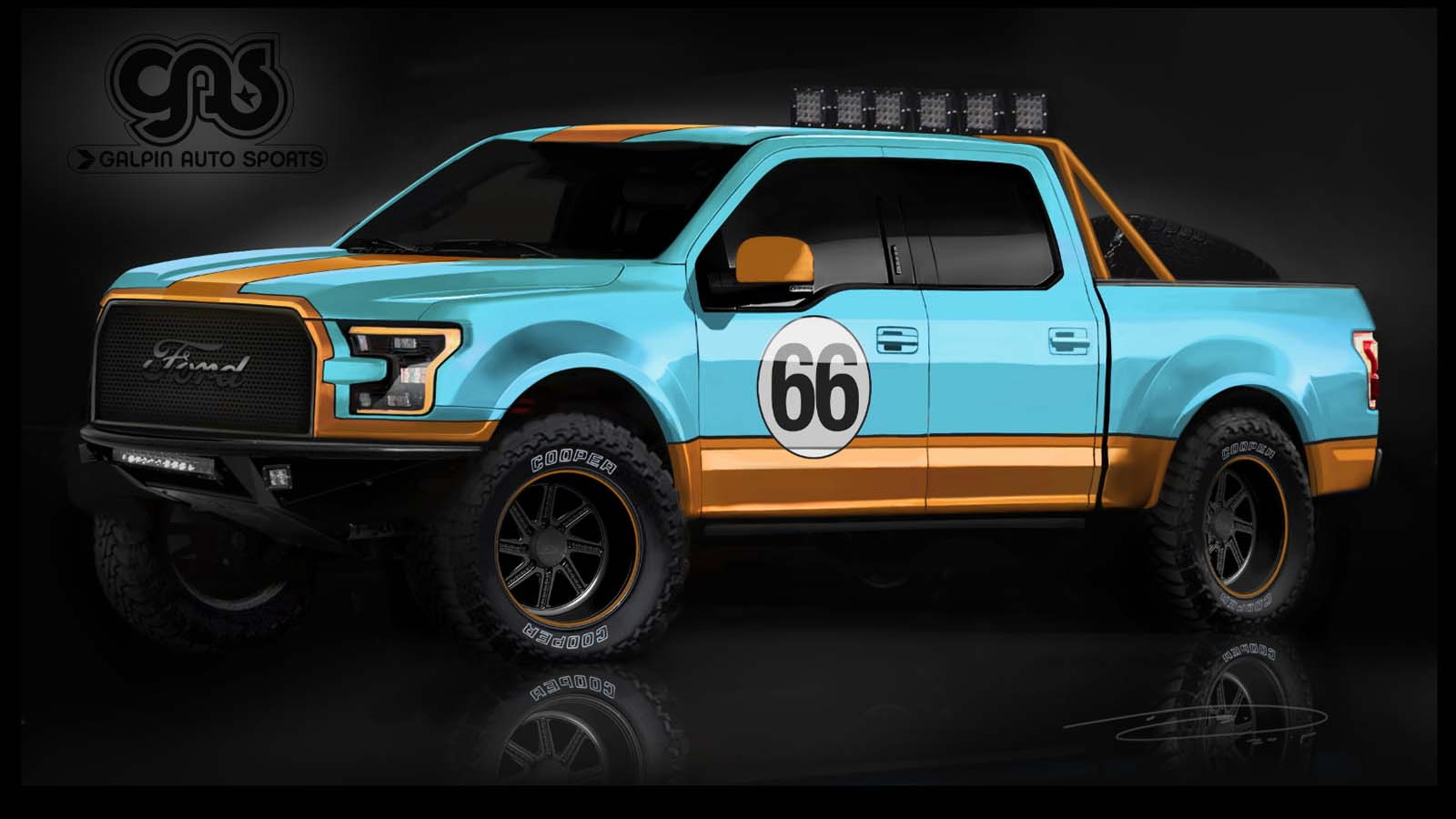 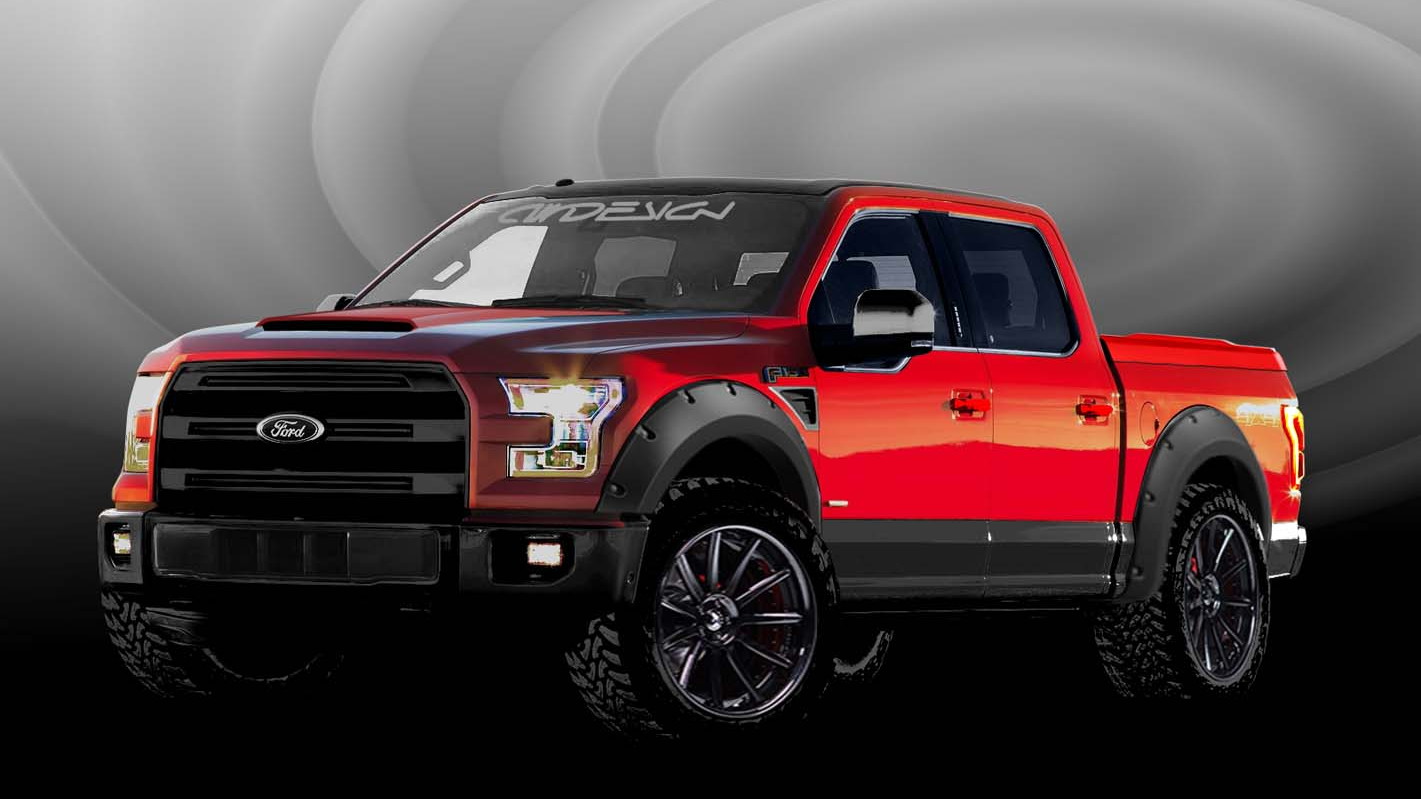 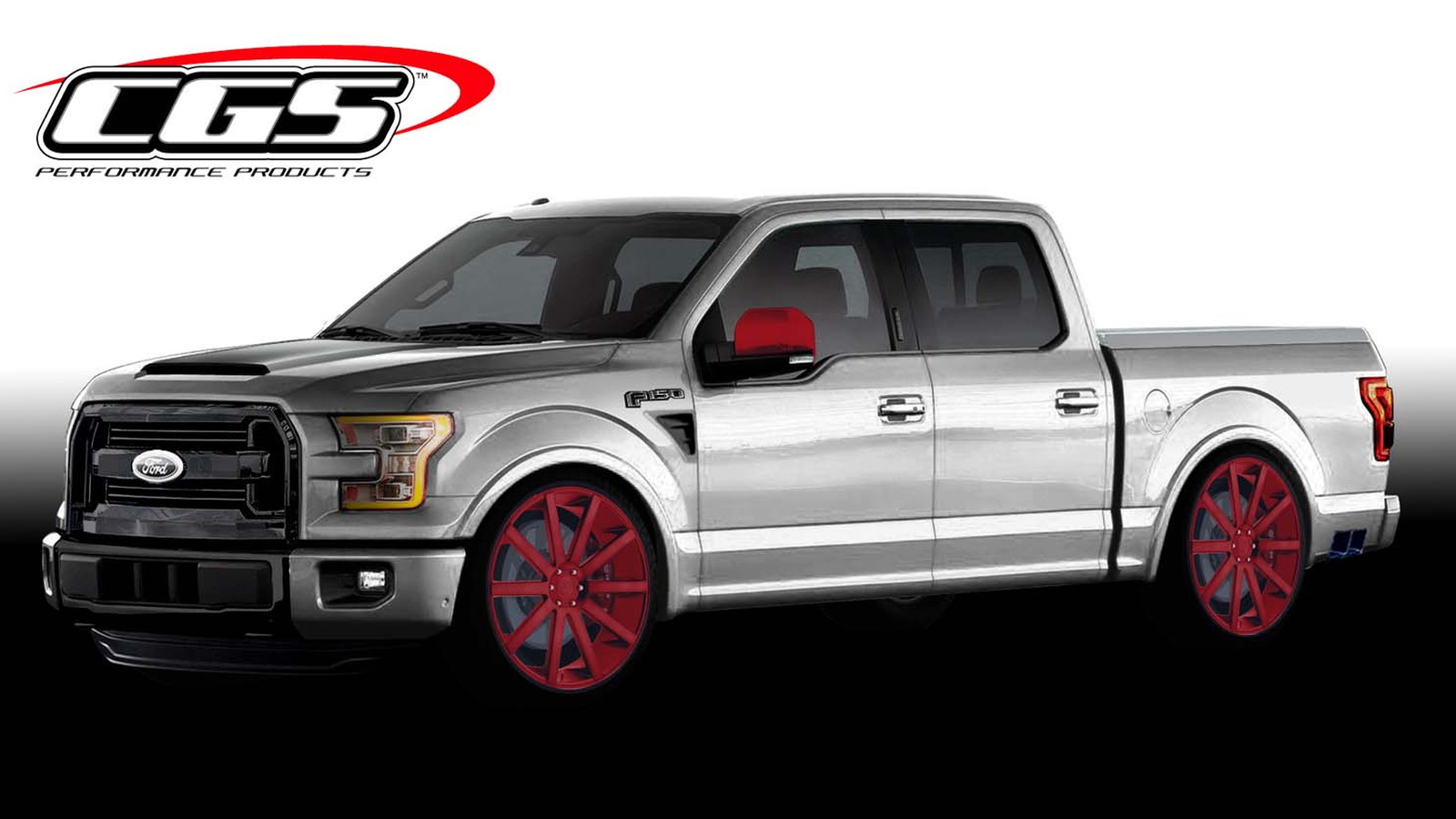 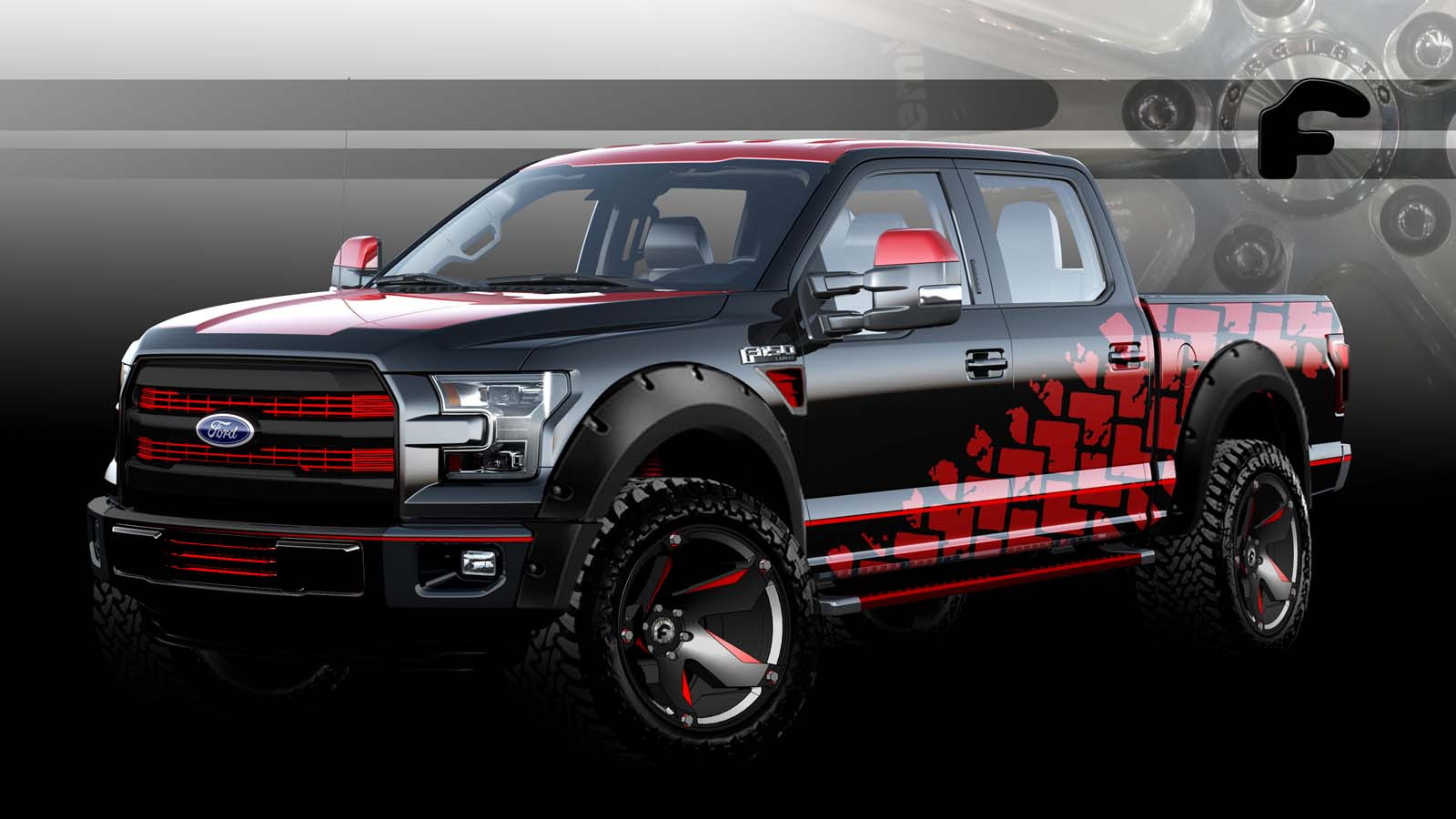 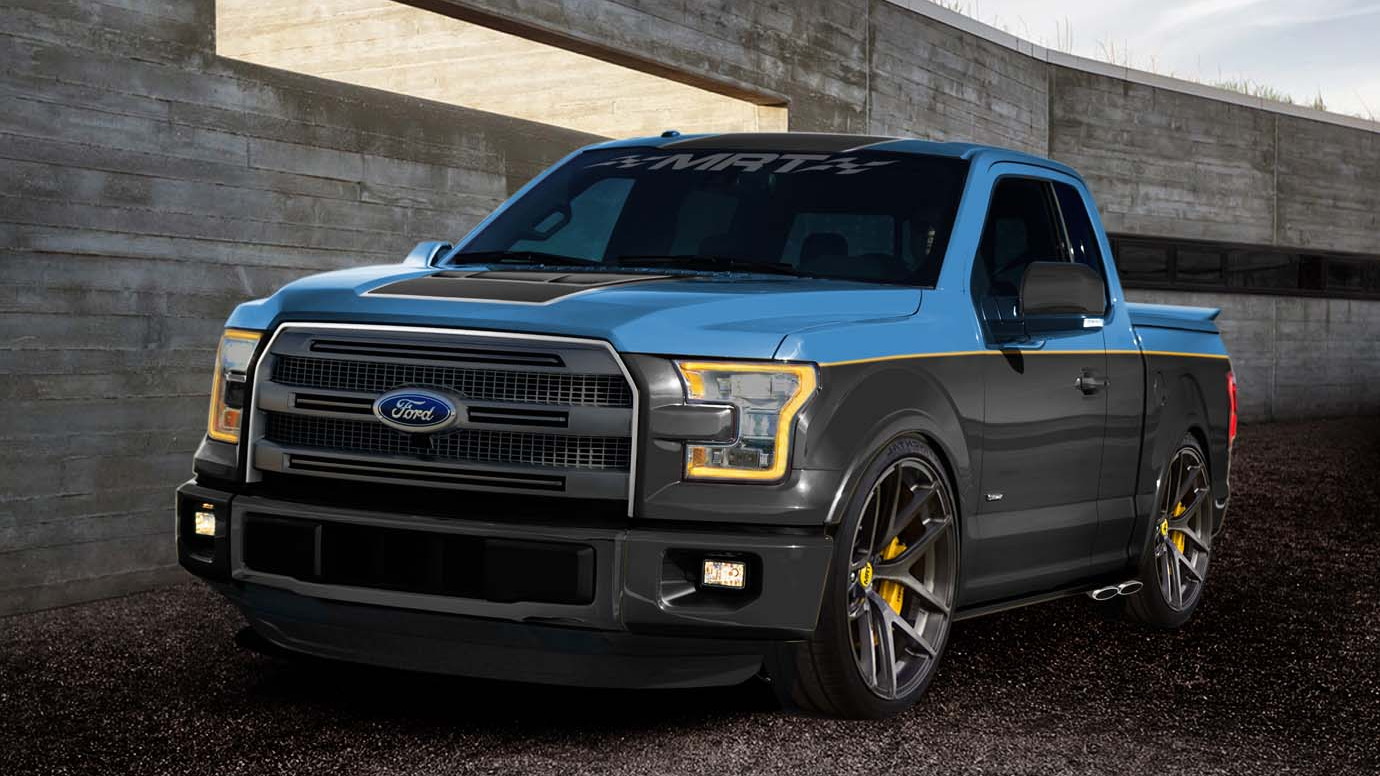 Ford Motor Company [NYSE:F] always has a massive presence at the annual Specialty Equipment Manufacturer's Association (SEMA) show, and over the years its display has showcased everything from historic Mustangs to vintage Salt Flats racers to the very first Shelby Cobra.

Obviously, attendees are sure to see loads of customized vehicles bearing the Blue Oval at this year's event, and Ford itself is bringing seven different takes on its iconic F-150. Builders including Leer, Roush Performance, and Galpin Auto Sports have stepped up to the plate, and from what we've seen so far, the Ford booth should be a candy store for truck lovers.

With its Blue Flame metallic paint, color-matched bed cap—with a giant one-piece window—and Rigid Industries light bar, the The Leer Edition Outdoorsman F-150 is certainly a looker. The modifications under the hood are minimal, but that can't be said about the effort from Roush.

Known for its killer Mustangs, Roush has been increasing its focus on performance trucks in recent years, a trend that really took hold after the debut of the Raptor back in 2010. Roush tapped into its performance background for this year's SEMA offering, delivering a supercharged, 650-horsepower street fighter that sports a three-inch drop, beefy Power Stop brakes, and an active exhaust to help the 5.0-liter V-8 sing.

Our personal favorite of the SEMA F-150s we've seen so far has to be the Gulf-liveried off-road beast from Galpin Auto Sports. It's loaded with all the trick bits you need to tackle the dunes, including an Addictive Dessert Designs suspension kit, Cooper SST Pro 37-inch tires, Deaver Long-travel leaf springs and Wilwood six-piston calipers paired to 16-inch rotors. Plus, it just looks the business.

SEMA is known for over-the-top rides, and with the show just weeks away, we're certain to see more teasers of the show cars. Check out the pics and video above for more custom F-150s.