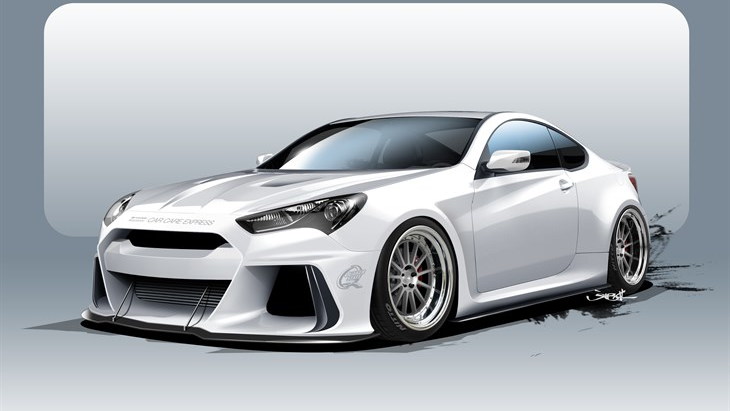 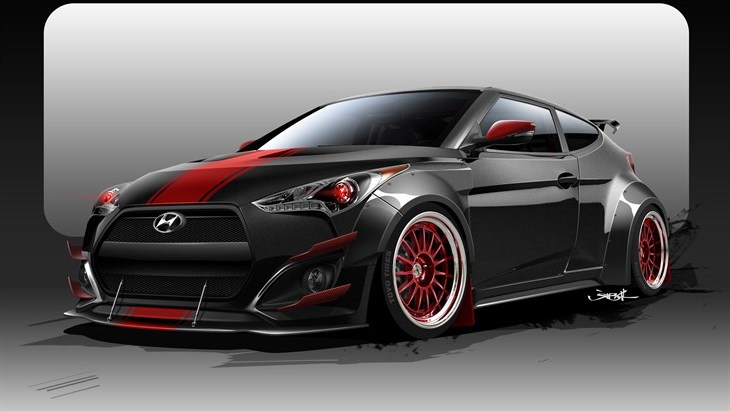 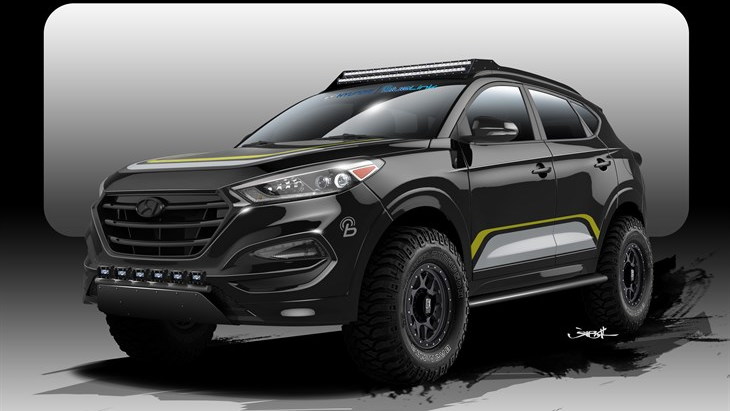 And in the years since the release of the sporty, rear-wheel-drive Genesis Coupe, the brand has steadily increased it's footprint at the annual automotive aftermarket carnival. For 2015, Hyundai is bringing three different models to the show, all from different segments of its lineup.

Handling the Genesis Coupe is seven-time SEMA veteran ARK Performance, which started by boring the standard 3.8-liter engine to 4.0 liters and adding a custom Rotrex supercharger. Along with some beefed up internals, that means the mill will be good for 500 horsepower and able to give the ride the performance its low stance and wide body kit implies.

Chicago's Blood Type Racing is behind the carbon-black Veloster Turbo R-Spec, which has been tuned to produce a whopping 500 horsepower from its standard 1.6-liter block. The car also adopts an all-business fully-caged interior, red LED headlights, and a flared carbon fiber body kit. The power-to-liter ratio may sound insane, but Blood Type is promising a motor that's fully streetable, with a factory level of refinement.

For an off-road entry, there will also be a Tucson built by Rockstar Performance Garage, which raised the former grocery getter up six inches and added 32-inch Mickey Thompson rubber, adjustable shocks from King, and—because this is SEMA—a booming audio system from Kicker.

All the cars will be revealed on the show floor during Hyundai's SEMA press conference on November 3. And from what we know about SEMA builds, they are never likely to be offered as production vehicles.