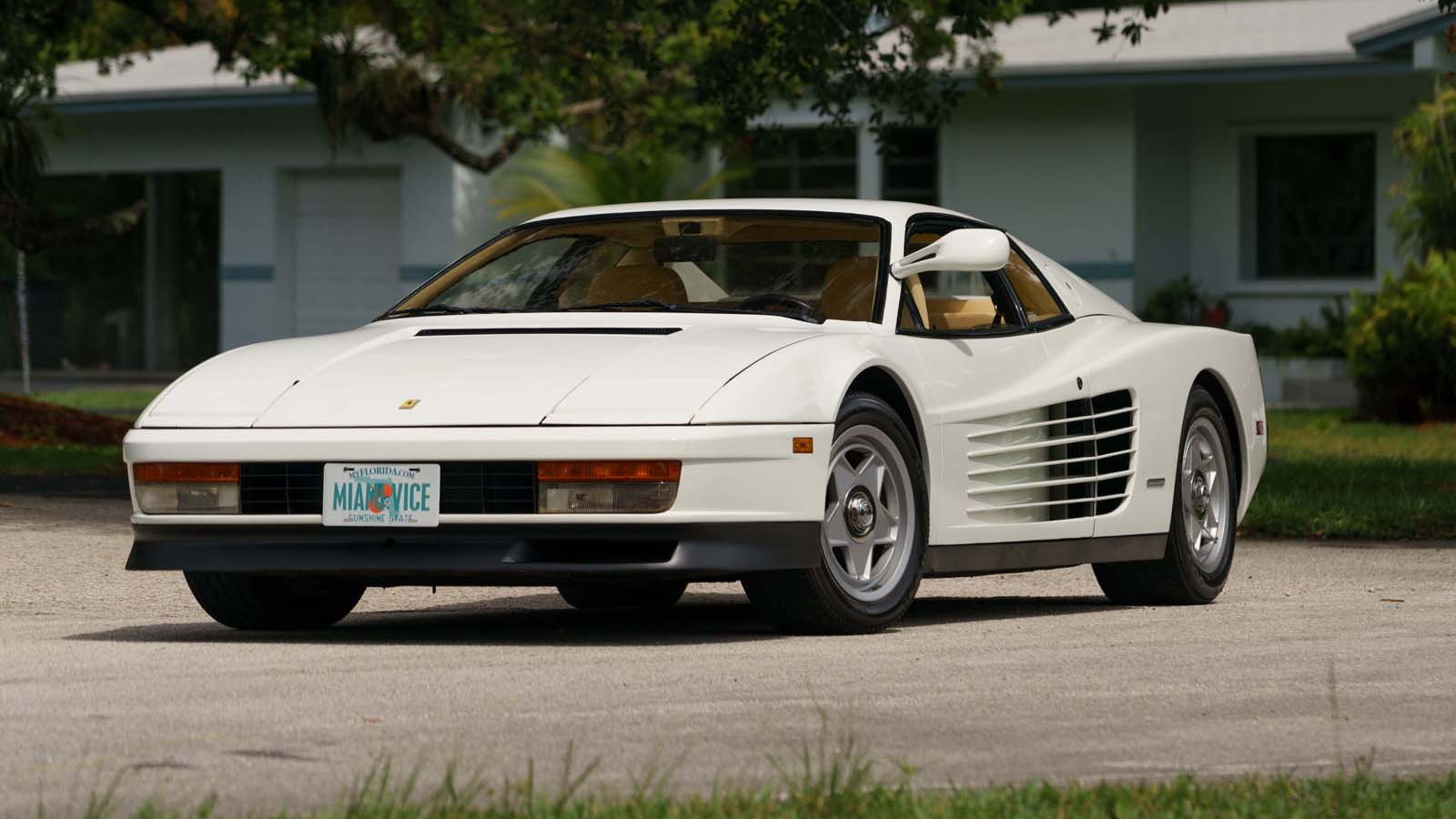 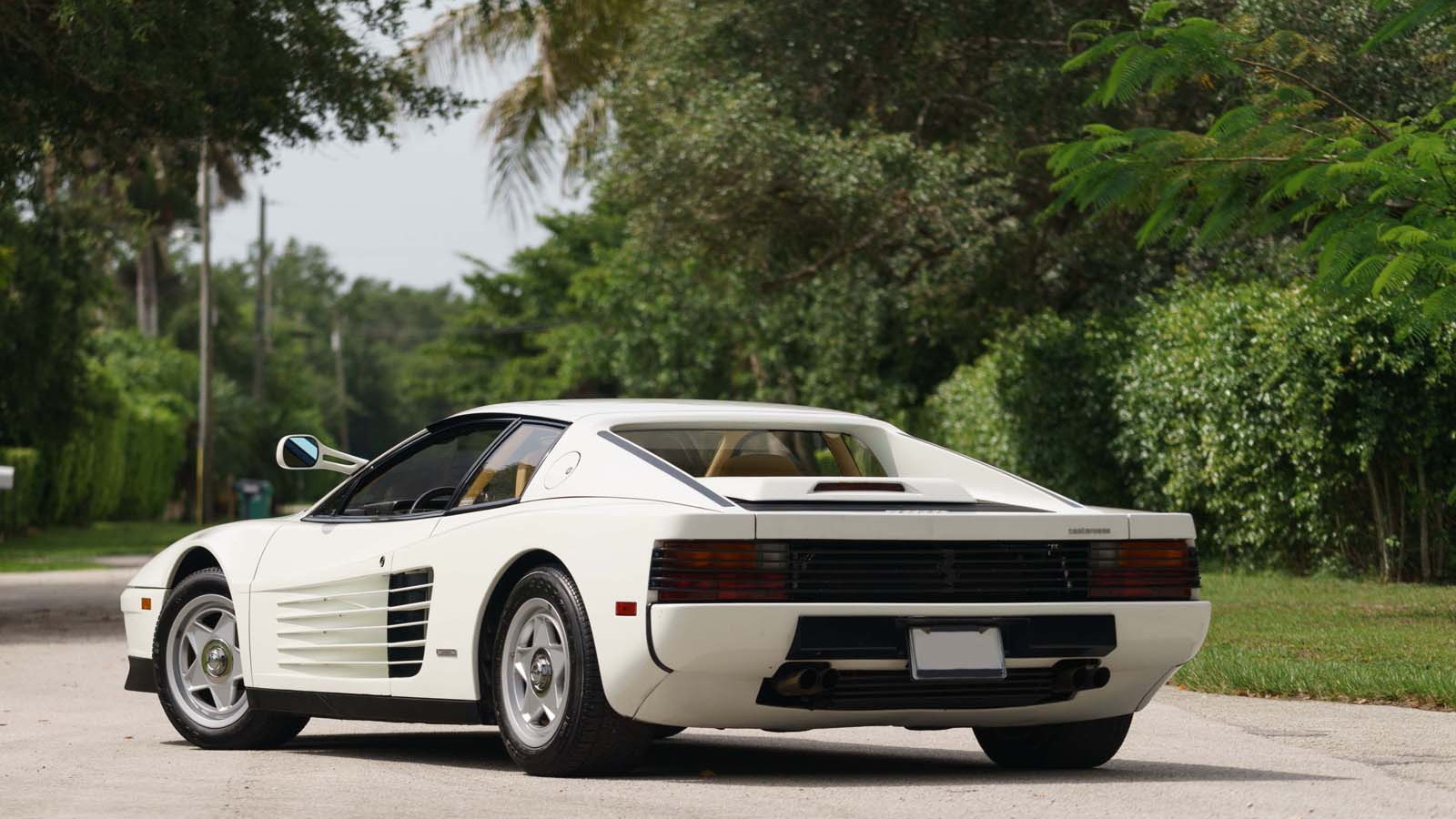 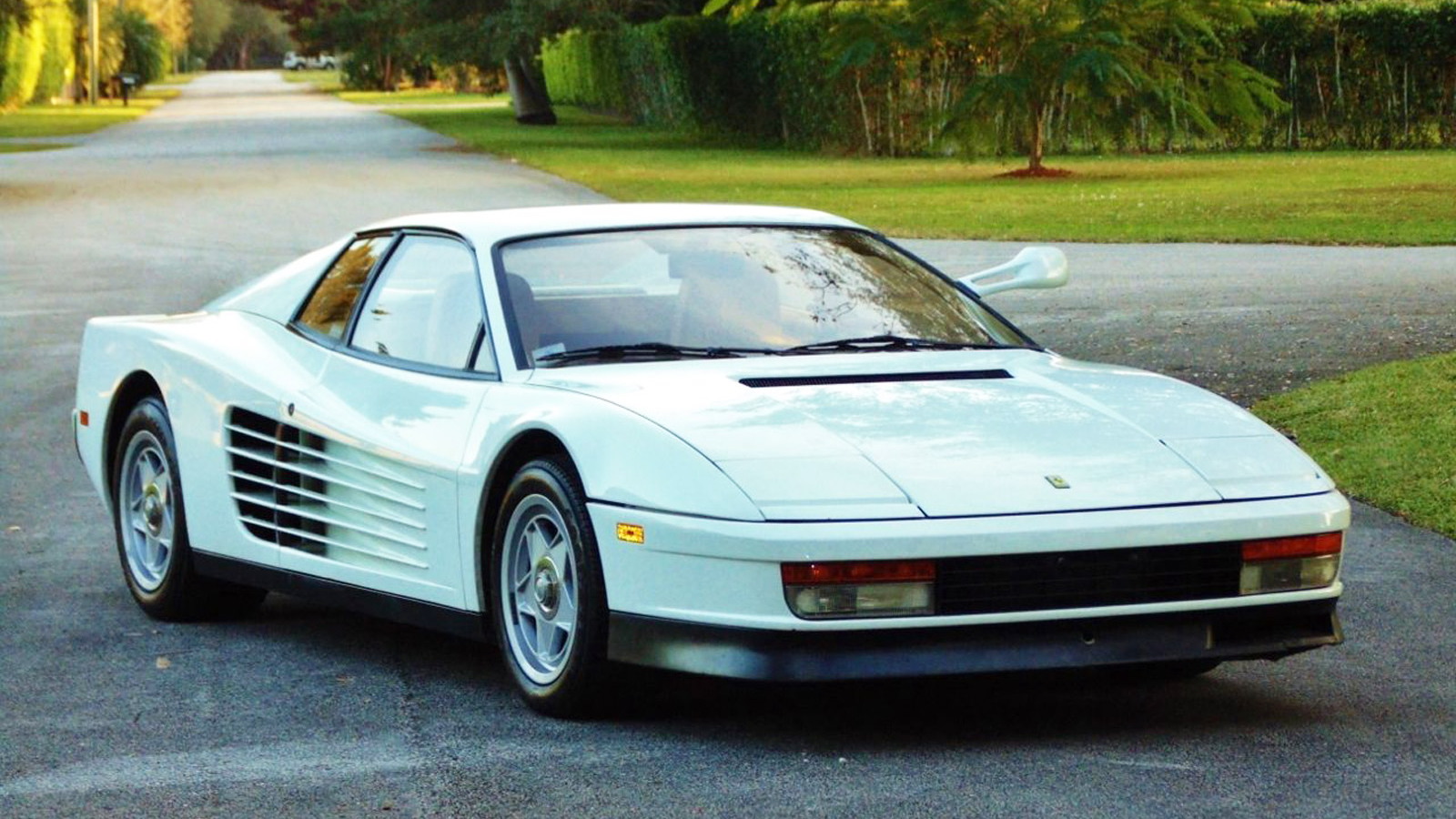 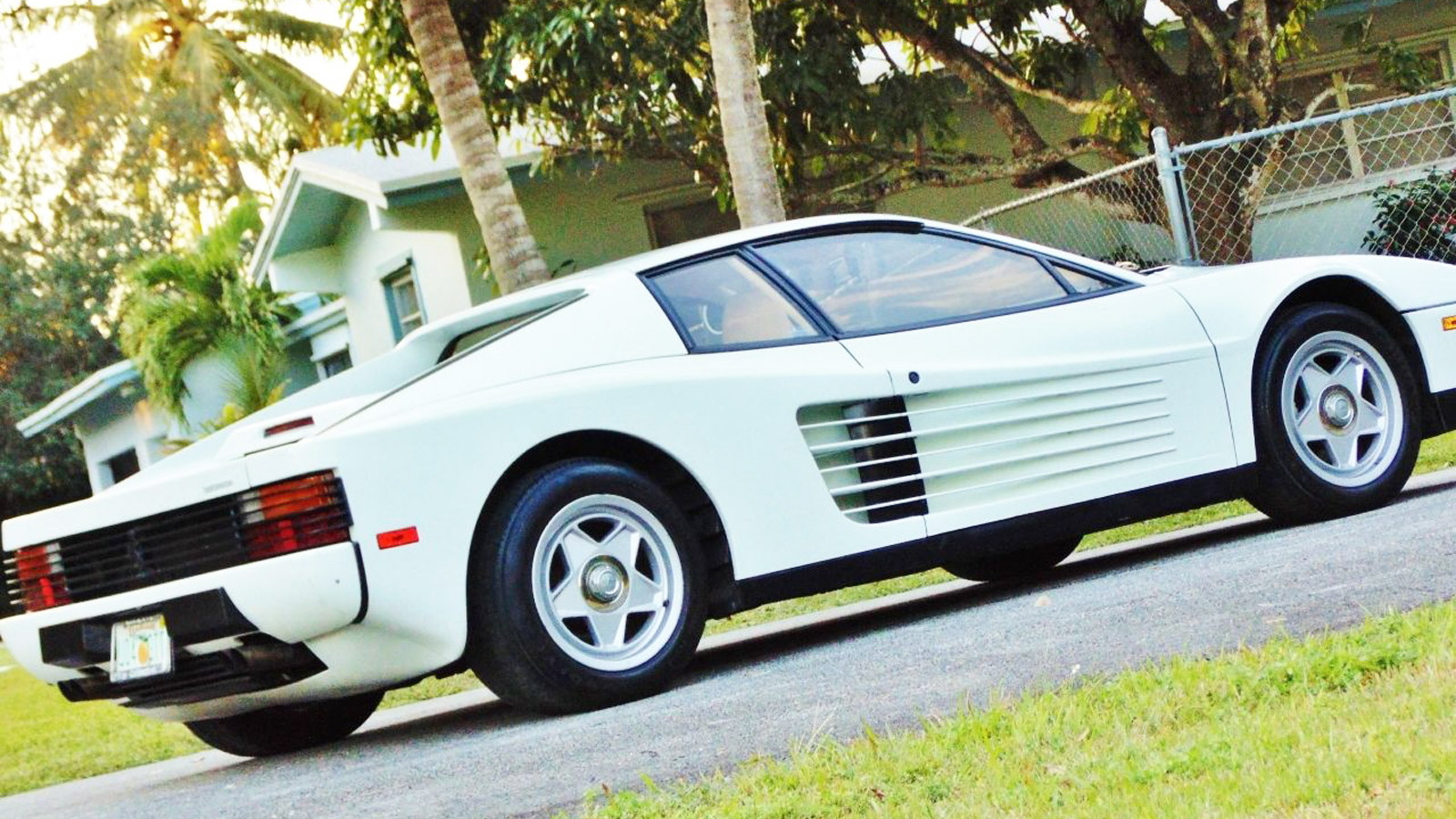 And while Don Johnson and Philip Michael Thomas might have played detectives Sonny Crockett and Rico Tubbs, the real stars of the show were the cars and fashions that ushered in a new era of glitzy excess. Initially, Crockett drove a Ferrari Daytona Spyder replica, but after complaints from Maranello, the imposter was famously destroyed by a rocket launcher.

To replace it, Enzo Ferrari sent the production two black 1986 Ferrari Testarossas. Both were quickly repainted white to facilitate visibility at night, and the experts at Ferrari North America and Ferrari Classiche have certified this example is in fact one of those two original cars.

Aside from the paint, the car is completely original, and shows a respectable 16,124 miles on the clock. While some have found the styling—most notably, the pronounced side strakes—of the car controversial, its V-12 power and gated shifter would make it a sexy addition to any garage.

We know Miami Vice had plenty of fans in its heyday, and the Testarossa is certain to prove attractive to nostalgic men who plastered its poster on their bedroom walls. But it didn't sell when placed on eBay last year. If we had to speculate, the $1.75 million price tag might have had something to do with it.

Mecum has now been tasked with auctioning off the Ferrari, which will happen at the Hyatt Regency Monterey Hotel and Spa on August 15. The auction is one of the satellite events for the 2015 Pebble Beach Concours d'Elegance taking place that weekend.