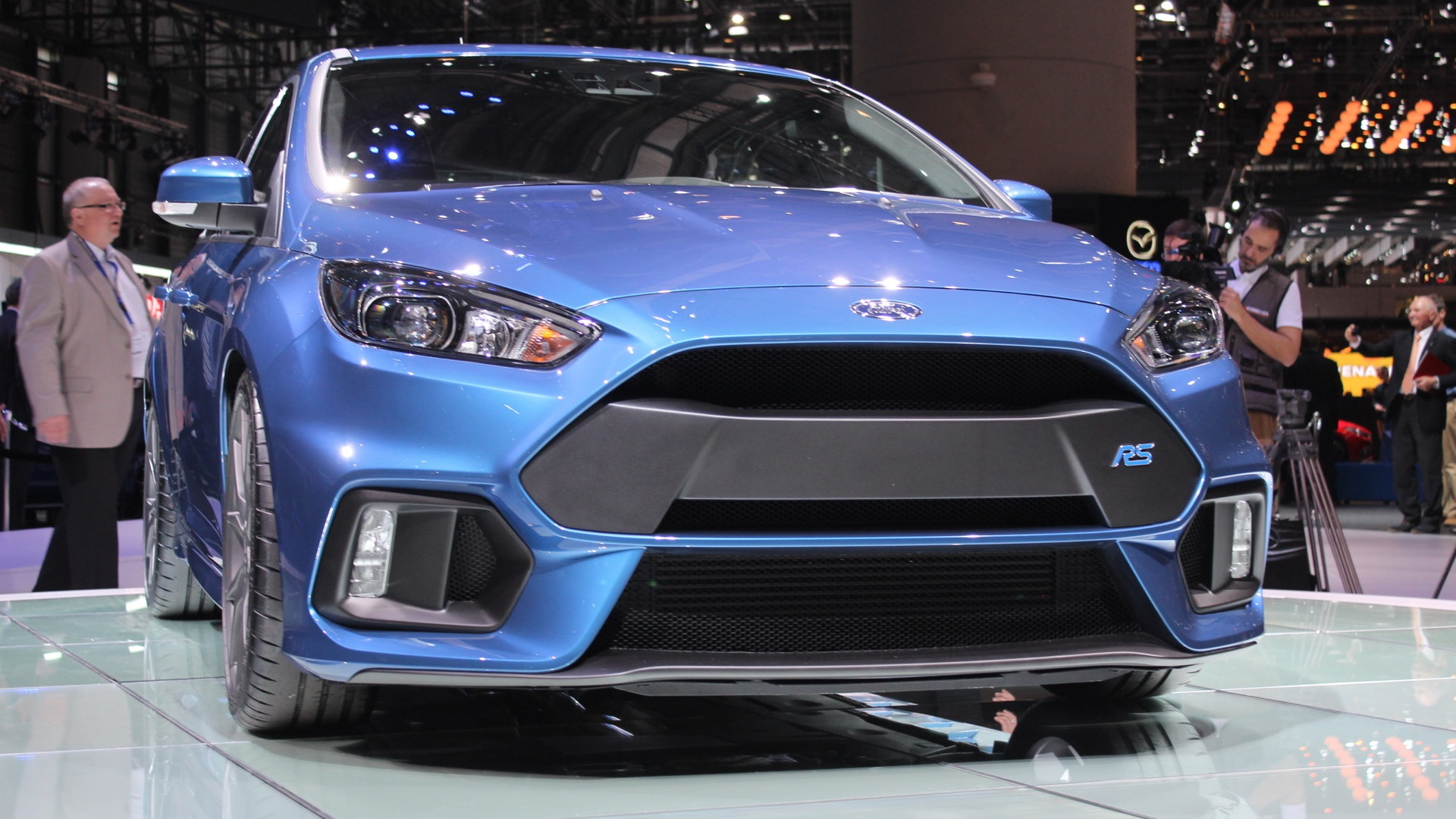 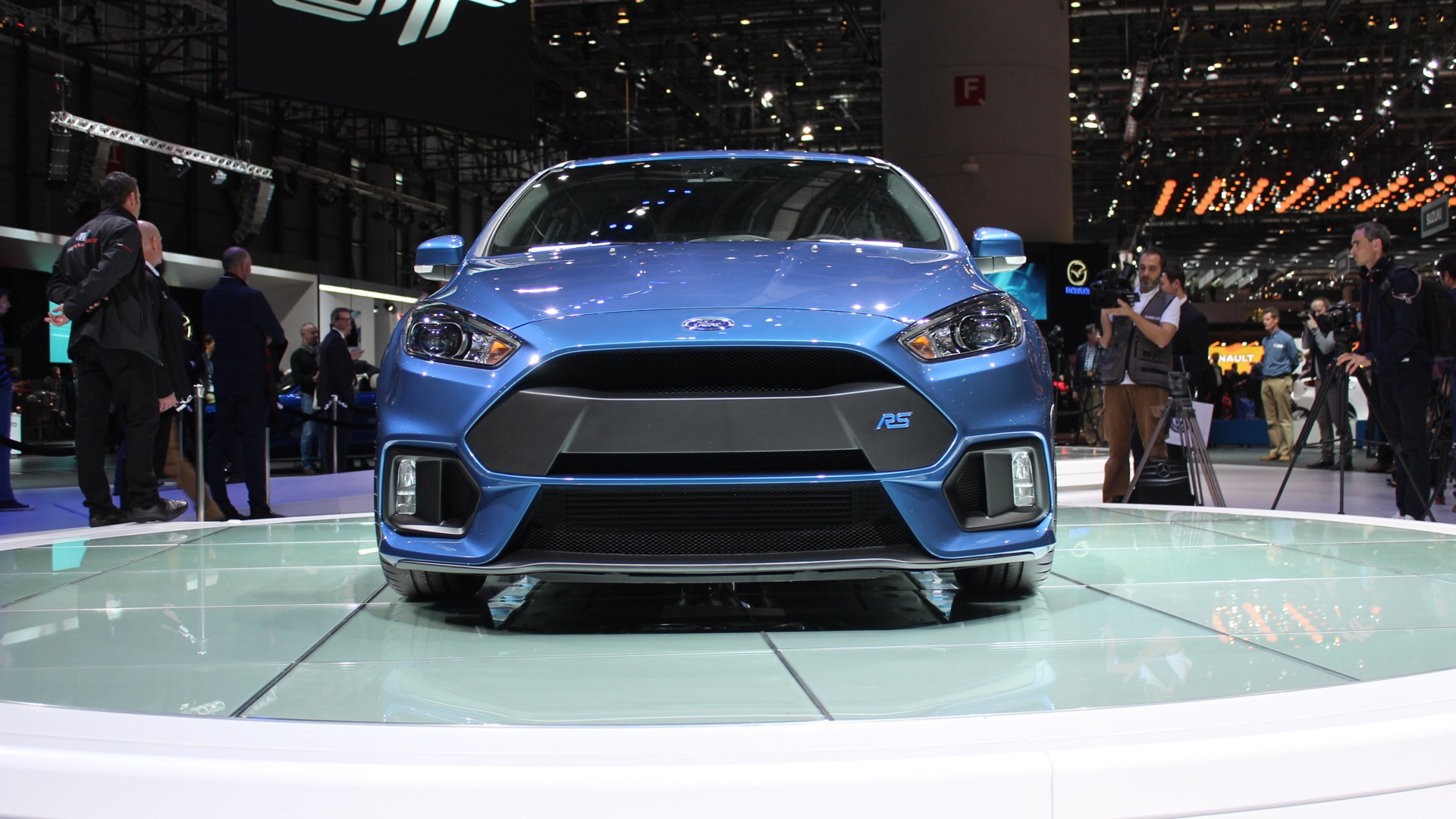 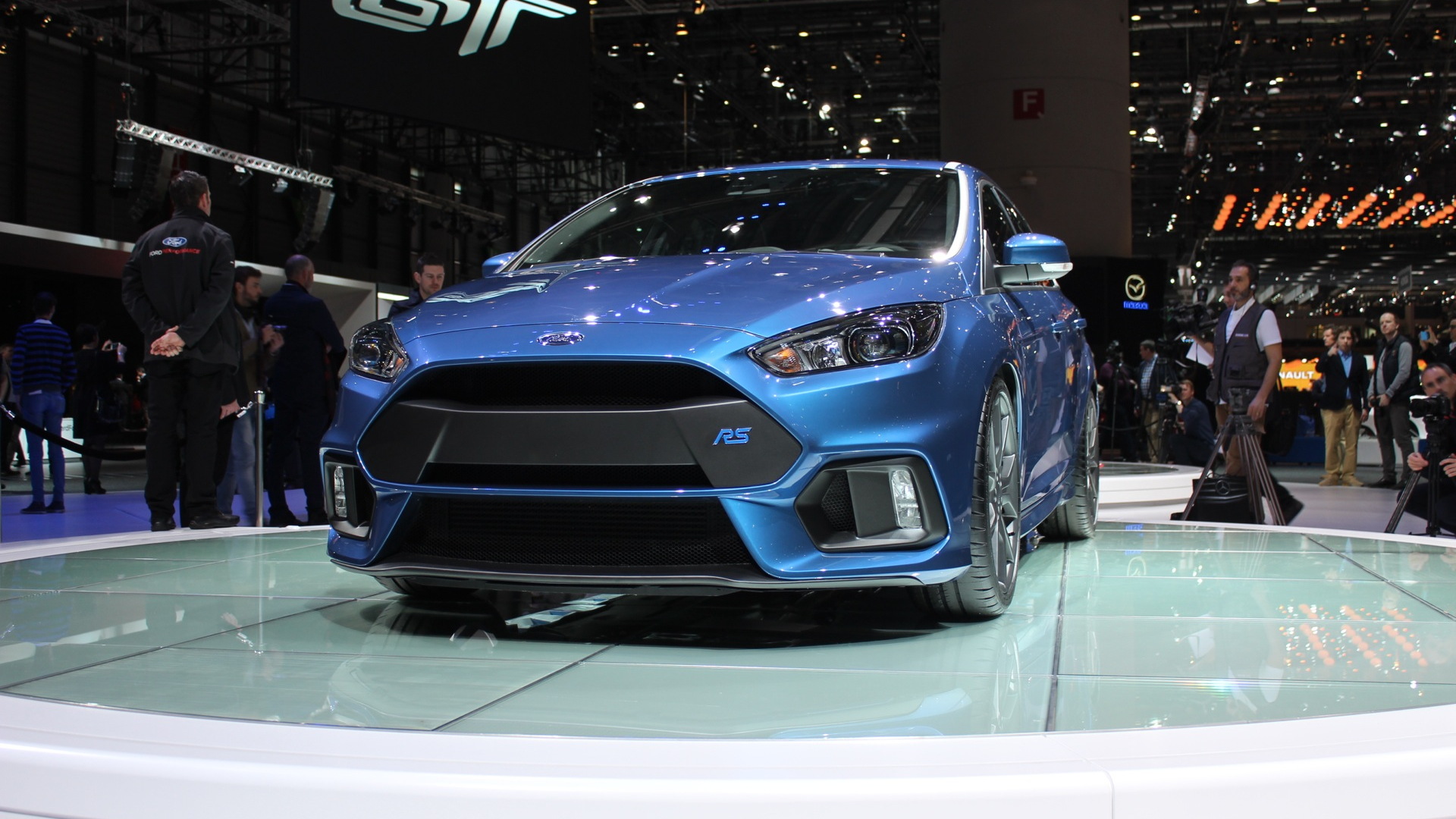 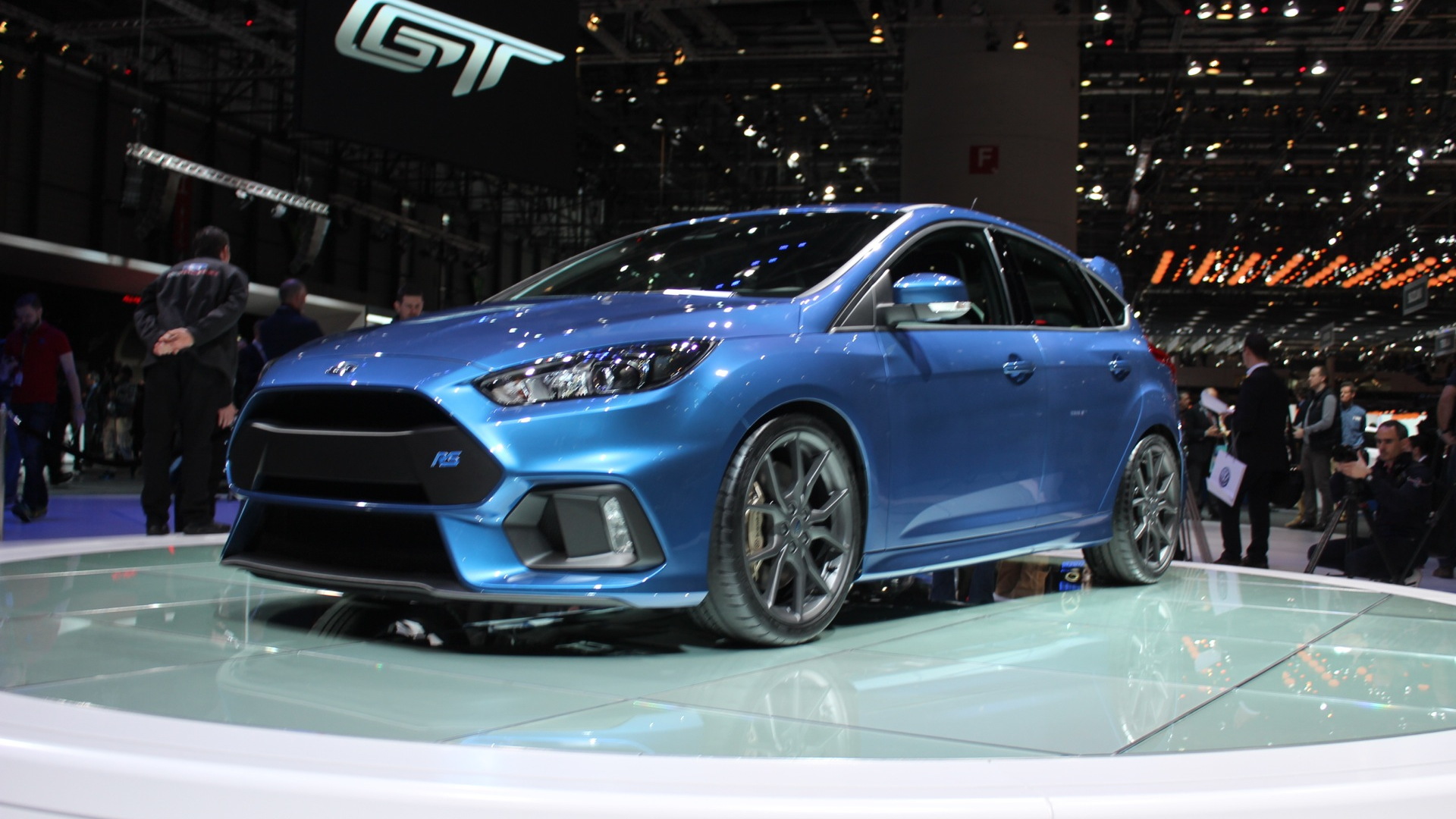 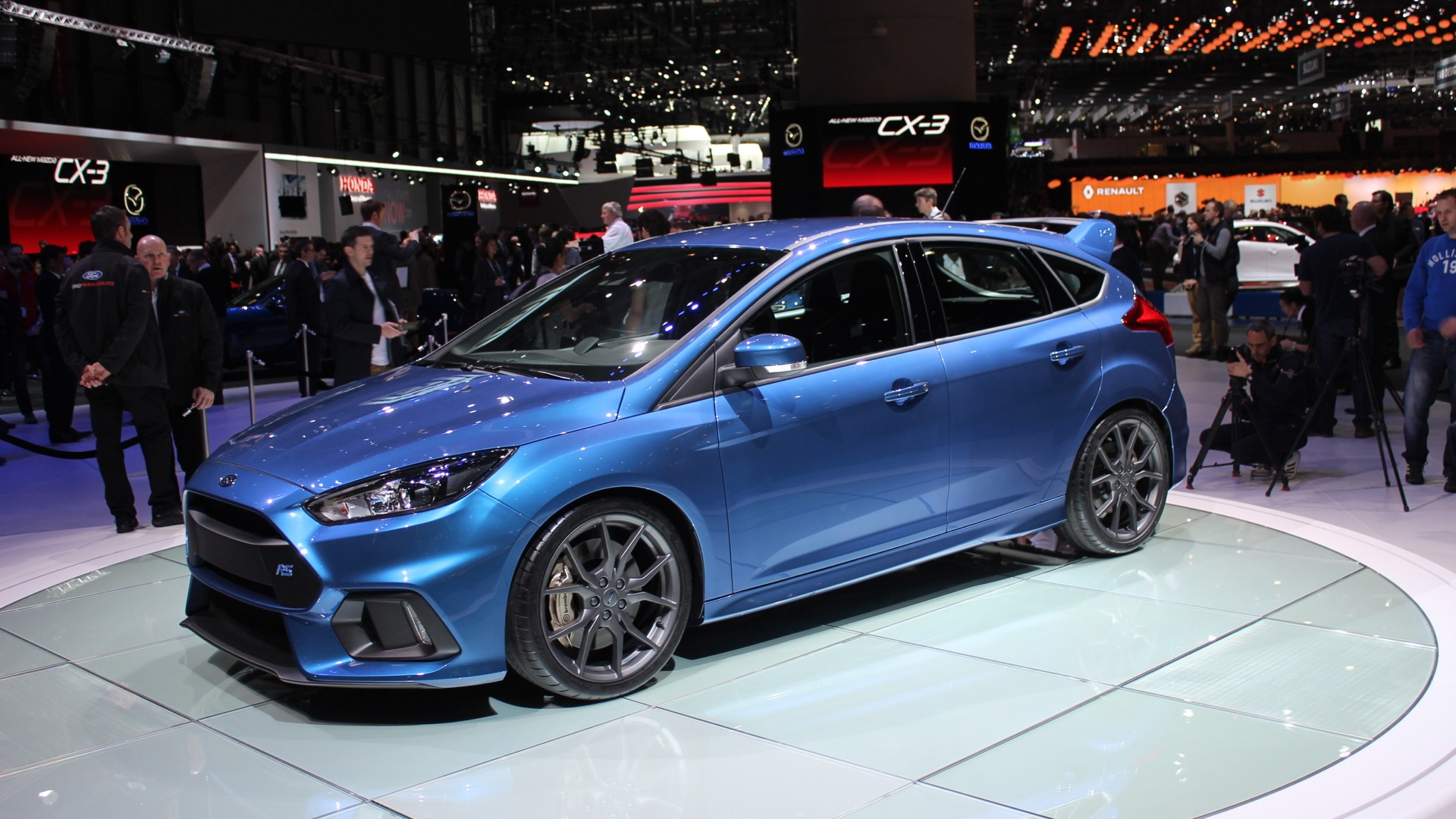 The all-new, U.S.-bound Ford Focus RS has finally made its international auto show debut. The car was already confirmed to be coming to the market with “more than” 316 horsepower, a standard six-speed manual transmission and an all-wheel-drive system, and now we have a few more details following the debut at this week’s 2015 Geneva Motor Show.

Beyond the engine (the same turbocharged 2.3-liter four-cylinder found in the Mustang EcoBoost) and all-wheel-drive system (that can send up to 70 percent of torque rearwards), the Ford Motor Company [NYSE:F] is packing its new Focus RS with some interesting technology the automaker says will feature in other cars from its lineup. One of these is a Drive Modes system that allows the driver to select from various driving modes including a “Drift” mode. Others include “Normal”, “Sport” and “Track” modes. Each mode can be selected using a switch alongside the gear lever, and has specific settings for the all-wheel-drive system, damper controls, stability and traction control, steering and engine responses, and exhaust sound.

On top of this, there is also a Launch Control system to help get those perfect off-the-line starts. The driver selects Launch Control from the cluster menu, engages first gear, applies full throttle and then releases the clutch. The vehicle then delivers optimum drive—including distributing torque through the all-wheel-drive system wherever it’s needed most, maintaining maximum torque using a turbo overboost function, managing the traction control system, and setting the dampers. A shift light in the instrument cluster will ensure perfect shifts, too.

The wheels measure 19 inches across and come wrapped in either Michelin Pilot Super Sport 235/35 tires or semi-slick Pilot Sport Cup 2 for track use. Stopping power comes from ventilated steel discs, which measure up to 13.77 inches at the front and are bit by Brembo four-piston monoblock callipers. To help avoid fade even under sustained track use, brake cooling has been maximised through dedicated cooling ducts fed from the front bumper.

One of the more controversial elements of the new Focus RS is its all-wheel-drive system (previous versions came with front-wheel drive). The system, called Ford Performance AWD, is based on twin electronically-controlled clutch packs on each side of the rear drive unit. These manage the car’s front/rear torque split, and also can control the side-to-side torque distribution on the rear axle—delivering torque vectoring capability. A maximum of 70 percent of the drive torque can be diverted to the rear axle, and up to 100 percent of this can be sent to each rear wheel.

During cornering, the rear drive unit pre-emptively diverts torque to the outer rear wheel immediately based on inputs such as steering wheel angle, lateral acceleration, yaw and speed. This torque transfer has the effect of ‘driving’ the car into the bend, achieving improved turn-in and stability, and virtually eliminating understeer. To deliver optimum driving dynamics, the torque vectoring element is calibrated alongside the car’s stability and traction control systems.

Other exclusive chassis features include sports suspension with stiffer spring rates and more efficient bushes and anti-roll-bars than those found in the Focus ST, and two-mode switchable dampers, which offer a firmer setting for track driving. A carefully tuned electric power-assisted steering system, working in combination with an optimized front suspension knuckle design and shorter steering link arms, also delivers greater response and feel than in the Focus ST.

As previously reported, the car’s powerplant is a turbocharged 2.3-liter four-cylinder. Compared to the engine in the Mustang EcoBoost, the unit in the Focus RS gets a unique low-inertia twin-scroll turbo with a larger compressor for added boost. Less restrictive intake and exhaust systems have also been fitted, along with a larger intercooler and a significantly larger radiator. In fact, the radiator used is the largest ever fitted to a Focus to ensure the car keeps its cool even after heavy track use.

Inside, you’ll find Recaro bucket seats up front, a flat-bottomed steering wheel with leather trim, alloy pedals and a standard 8.0-inch touchscreen with Ford’s SYNC interface. The SYNC system also can be specified with a reversing camera with park distance control, as well as a Sony premium sound system with 10-speakers including a subwoofer.

Throughout the cabin, the distinctive blue RS theme is echoed through stitching on the seats, steering wheel, floor mats and interior trim, the colored graphic on the gear shifter, and via the RS logo itself, which is displayed on the seats, steering wheel and door scuff plates. Finally, a bank of gauges above the center console display turbocharger boost pressure, oil temperature and oil pressure.

Production of the new Focus RS will take place at Ford’s plant in Saarlouis, Germany. While European customers will get the car later this year, sales in the U.S. are only expected to commence in 2016. Five exterior colors have been confirmed: Nitrous Blue, Stealth Gray, Shadow Black, Magnetic Gray and Frozen White.