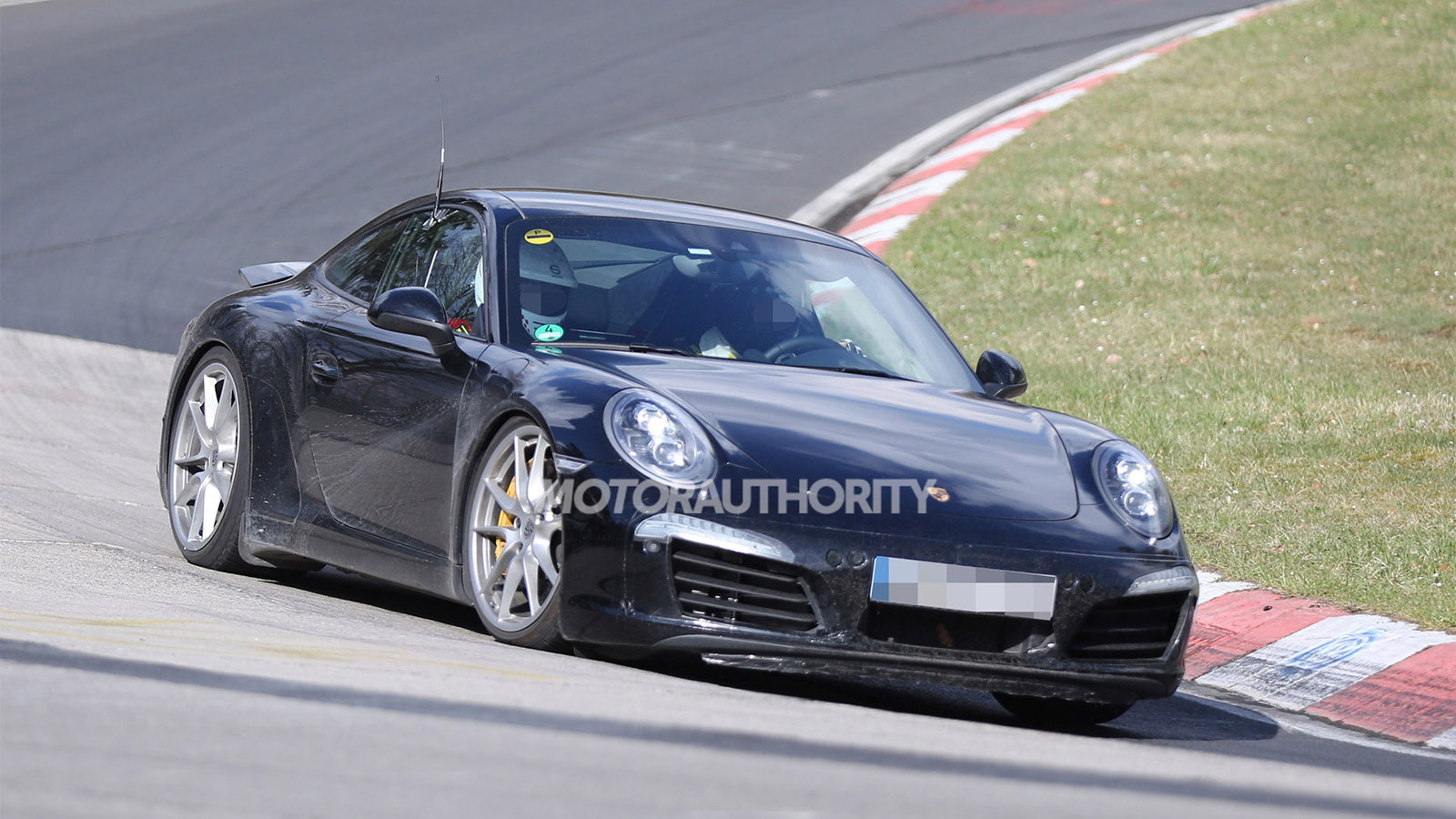 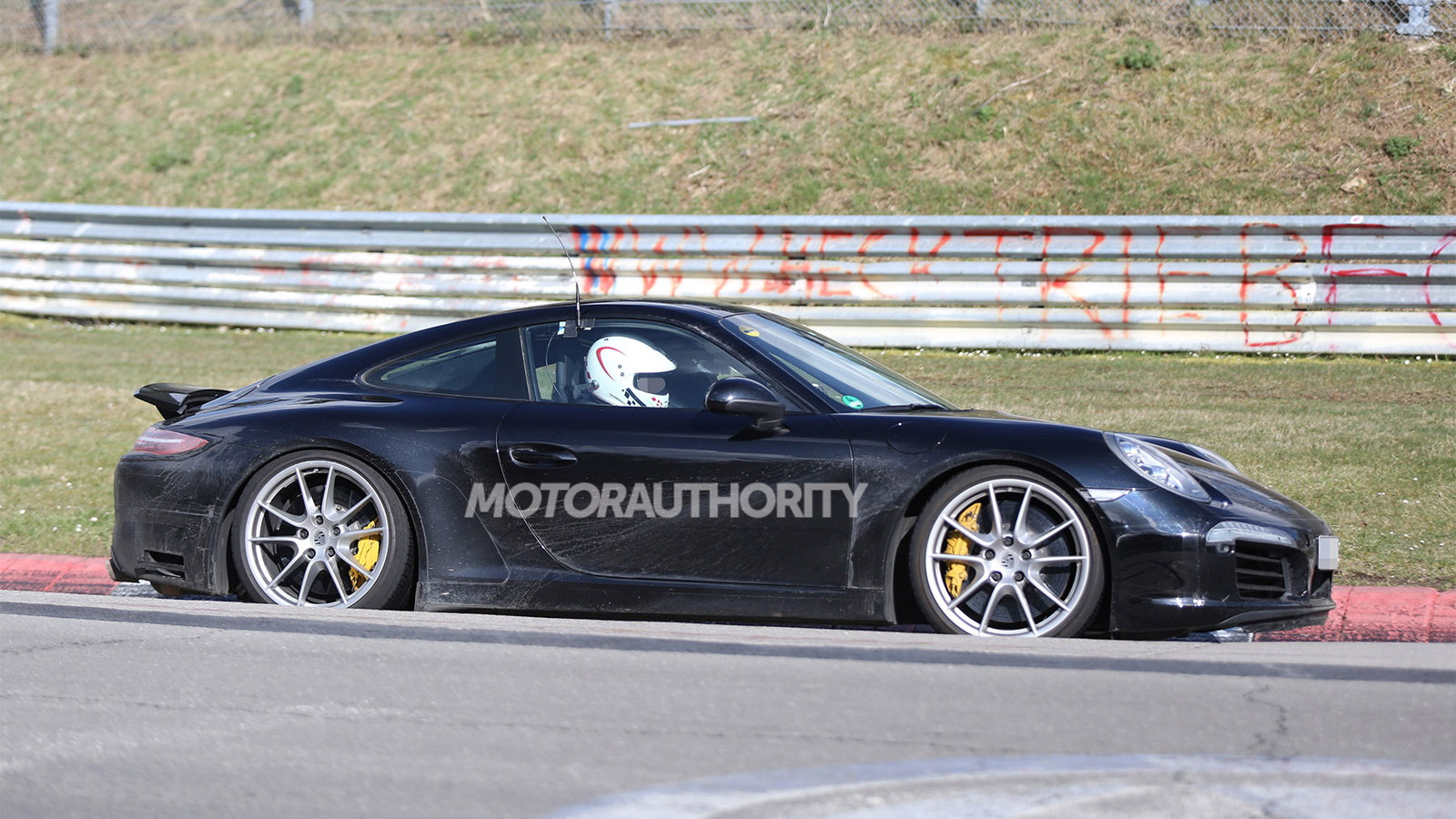 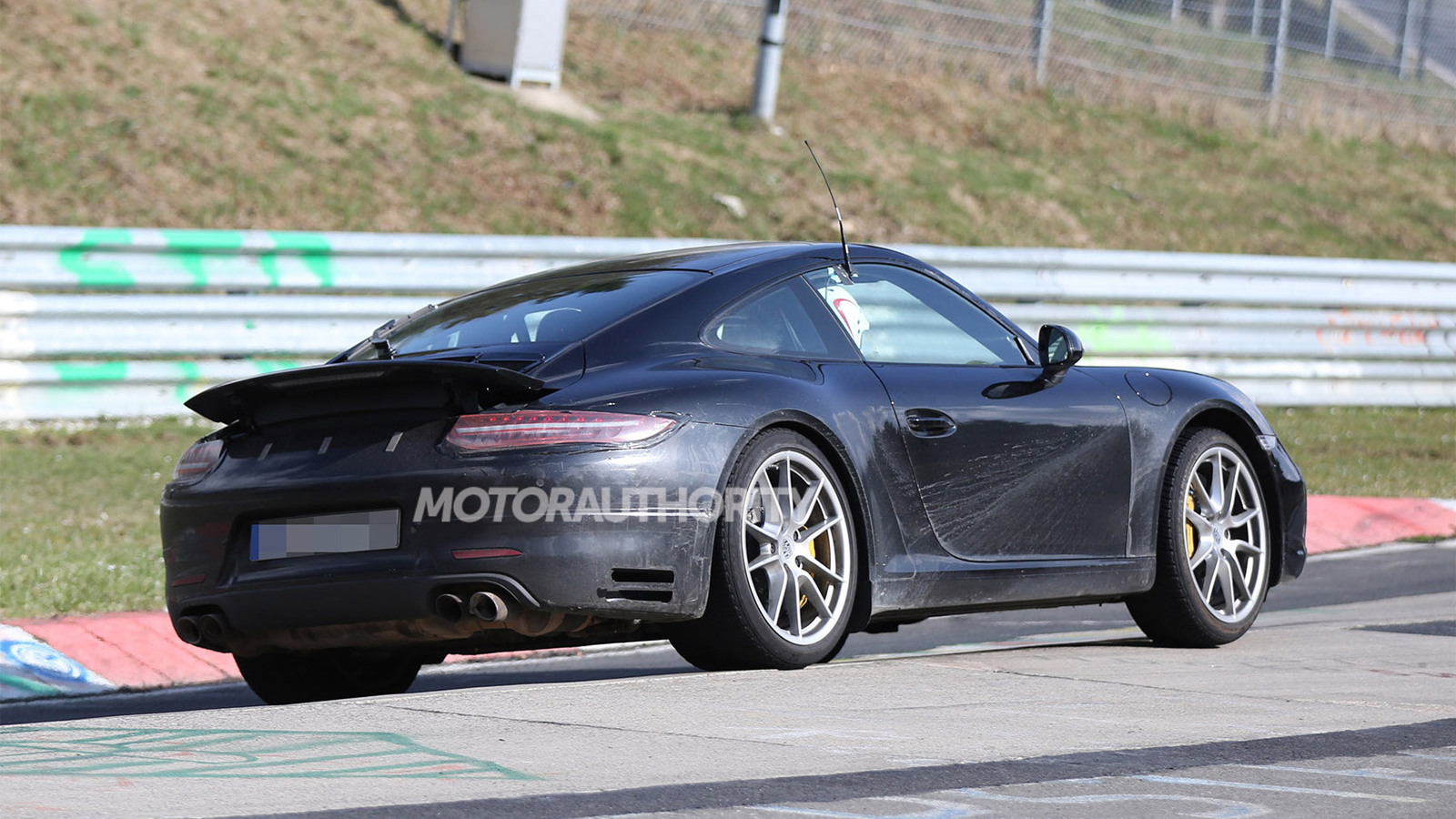 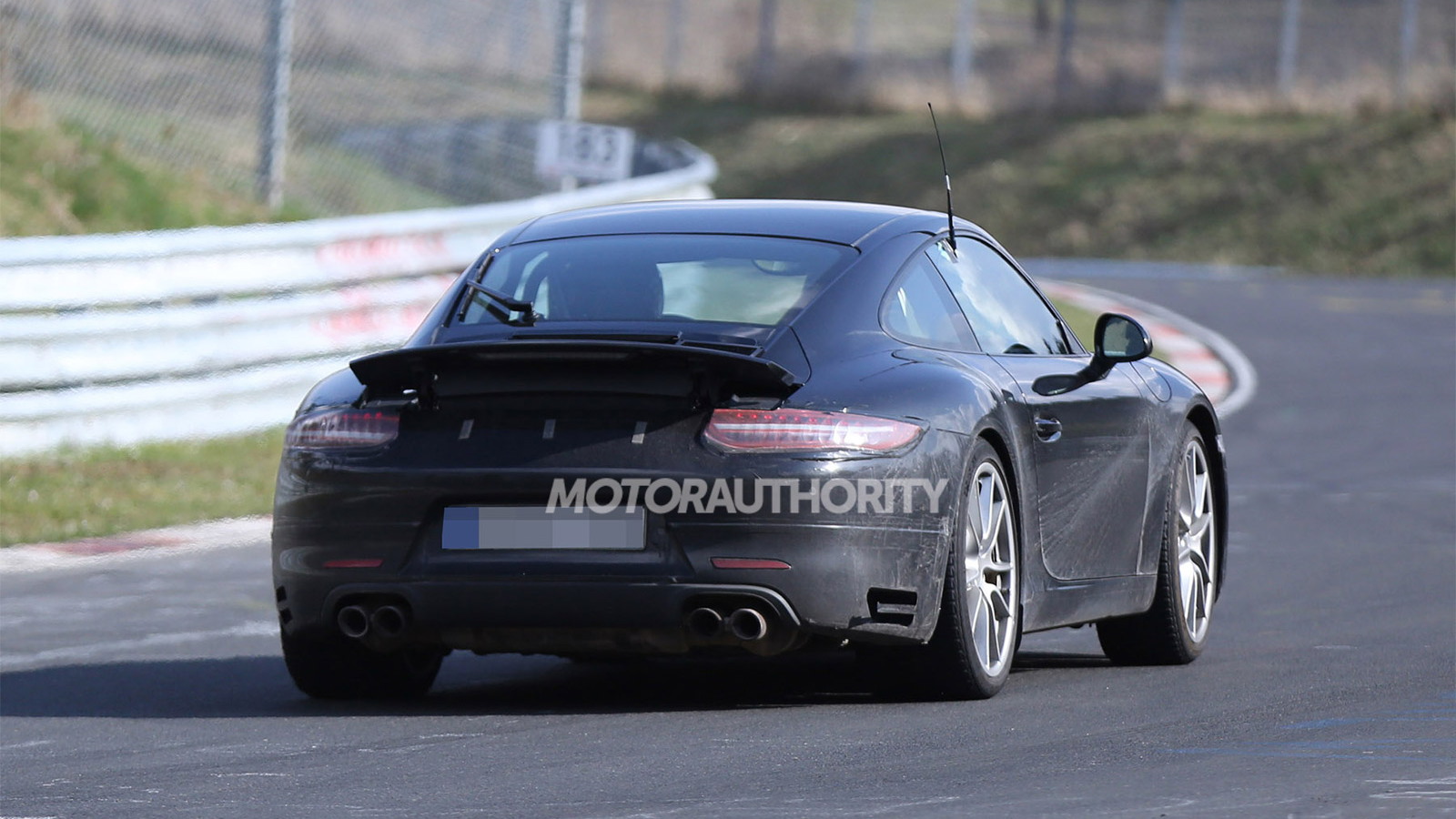 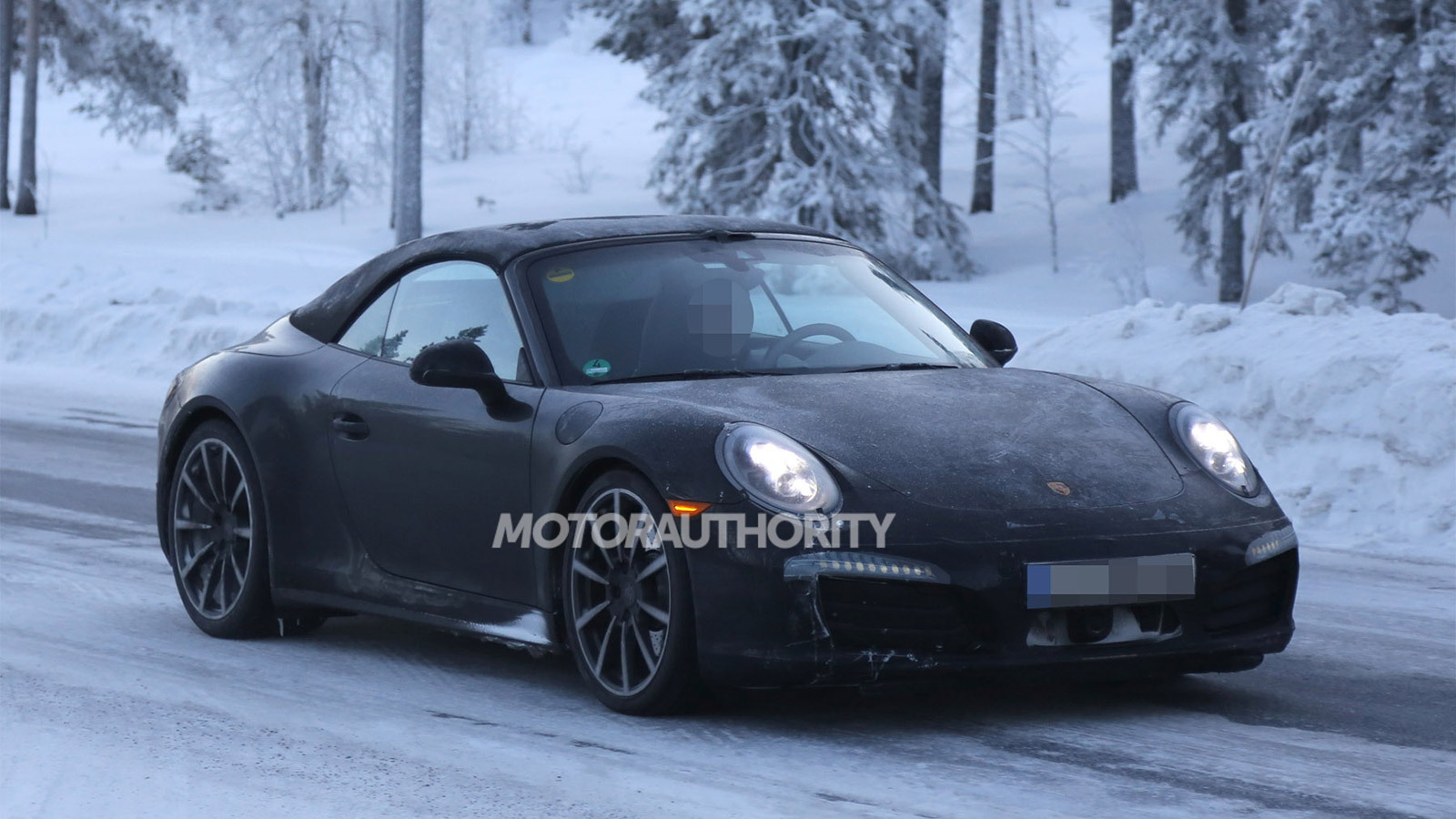 8
photos
Porsche is working on a mid-cycle update for its 991-series 911, which in the automaker’s tradition will be classified a 991.2. The update is expected to consist of a few visual tweaks for the exterior and some new features in the cabin, and according to a new report the 911 Carrera models will be receiving new turbocharged engines.

According to CAR, the update will see both the Carrera and Carrera S switch to forced induction in an effort to boost performance while also reducing emissions. Looking at prototypes, we can see that they feature new intakes at either side of the rear bumper, suggesting some mechanical changes in the engine bay.

Using a turbocharger means a smaller engine can be utilized: the Carrera’s 3.4-liter flat-six will reportedly drop to a 2.9-liter capacity, while the Carrera S’s 3.8-liter engine is said to keep its capacity but see output rise to more than 500 horsepower, perhaps as high as 530 hp. This might sound extreme, but remember that the Carrera S-rivaling Mercedes-AMG GT S will be packing as much as 503 hp, so Porsche has some catching up to do. The current Carrera S has ‘just’ 400 hp.

It’s not clear what effect this will have on the updated 911 Turbo but it’s likely output will be dialed up higher than the current 520-hp rating. Porsche will eventually boost the output of its more potent models using hybrid technology but this is not expected until the next generation of the iconic sports car.

The good news is that the 911 GT3 will remain naturally aspirated after receiving its own update. However, what’s worrying is that there’s been no mention of the new 911 GT3 RS, which was originally due to launch this past summer but will now likely arrive next year.

The updated 911 Carrera models also arrive next year. They should be on sale by next fall, as 2016 models.