BMW is opening a new performance driving school on the West Coast. The company announced the opening of BMW Performance Center West, which will be located on the grounds of the Thermal Club near La Quinta, California.

The new center will offer the same programs as the existing BMW driving school in Spartanburg, South Carolina—including BMW M and Teen Driving Schools—in a location the company hopes will bring in some of its many West Coast customers.

The Thermal Club is a private motorsports facility that already includes 5.5 miles of track, luxury garage villas, as well as a swimming pool and tennis courts. 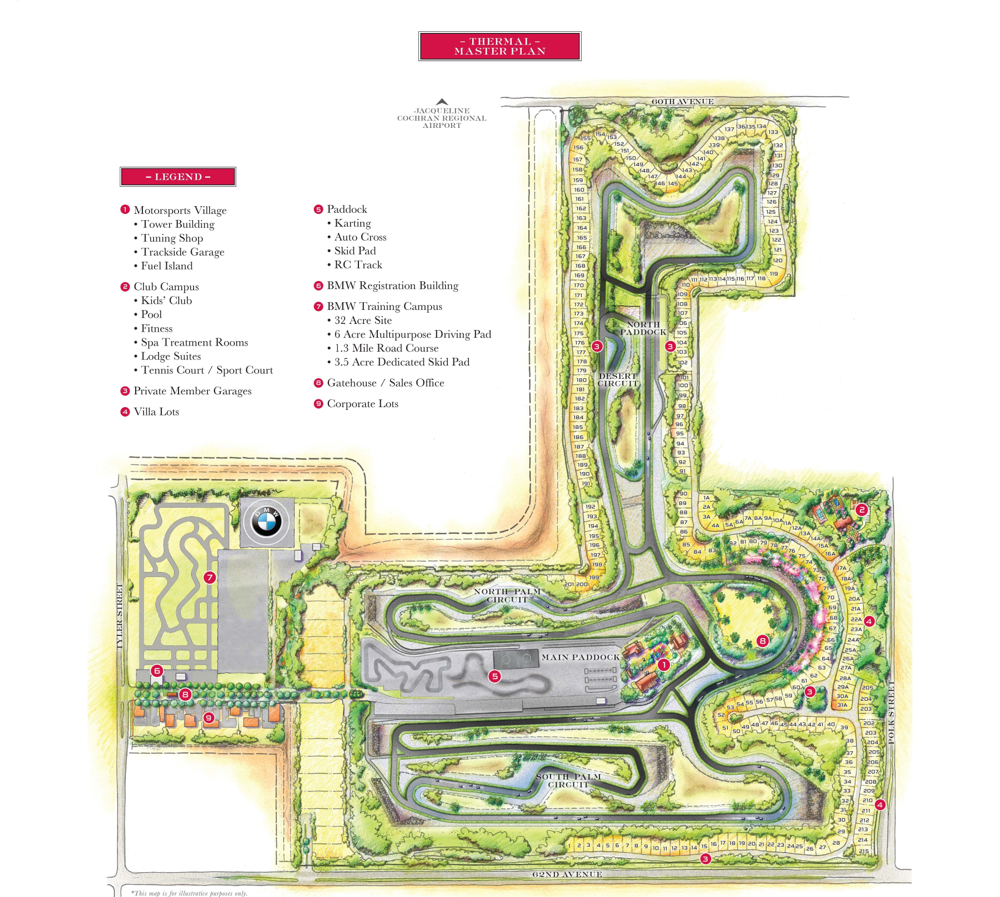 BMW will construct its own facilities on 32 acres at the club, including a 1.4-mile road course, 6.2 acres of paddock, a skid pad, and an 8,500-square-foot 'Performance Facility.' It's all expected to open later this year.

BMW is the latest German carmaker to set up shop in California. Porsche is putting the finishing touches on a new Experience Center that will augment facilities in Shanghai, Leipzig, Germany, and at the Silverstone circuit in England. It also has one under construction near its U.S. headquarters in Atlanta.

Set to open sometime in 2015, the California Porsche Experience Center will be located near Los Angeles International Airport and will feature traditional on-track instruction as well as a fitness center and sports lab for people wishing to replicate a racing driver's physique.

Mercedes-Benz is also getting in on the action with a new West Coast campus in Long Beach, California. Located in a former aircraft-manufacturing facility, it will house Mercedes' western-region operations, a vehicle-preparation center and a Learning & Performance center for training employees.