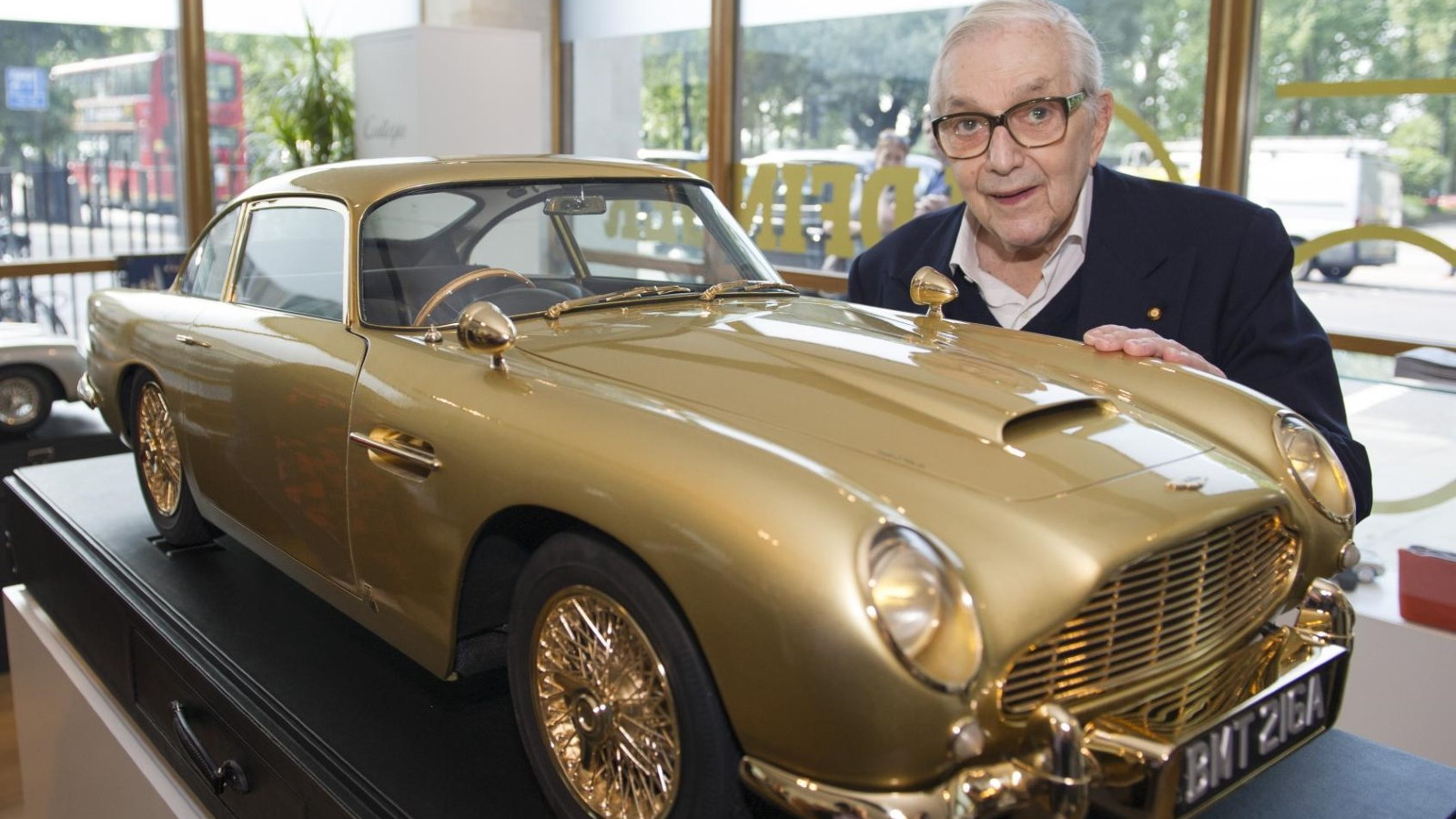 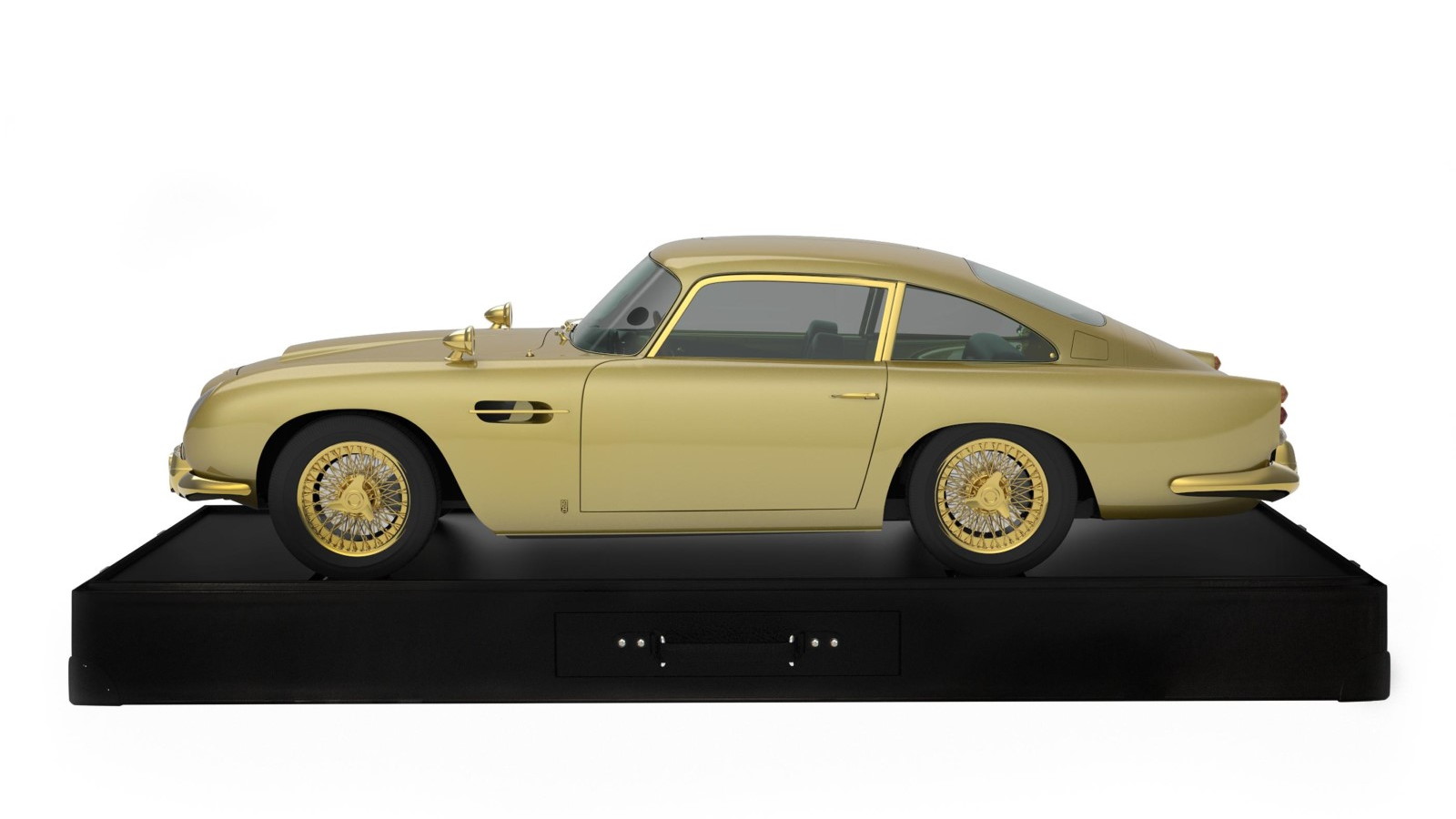 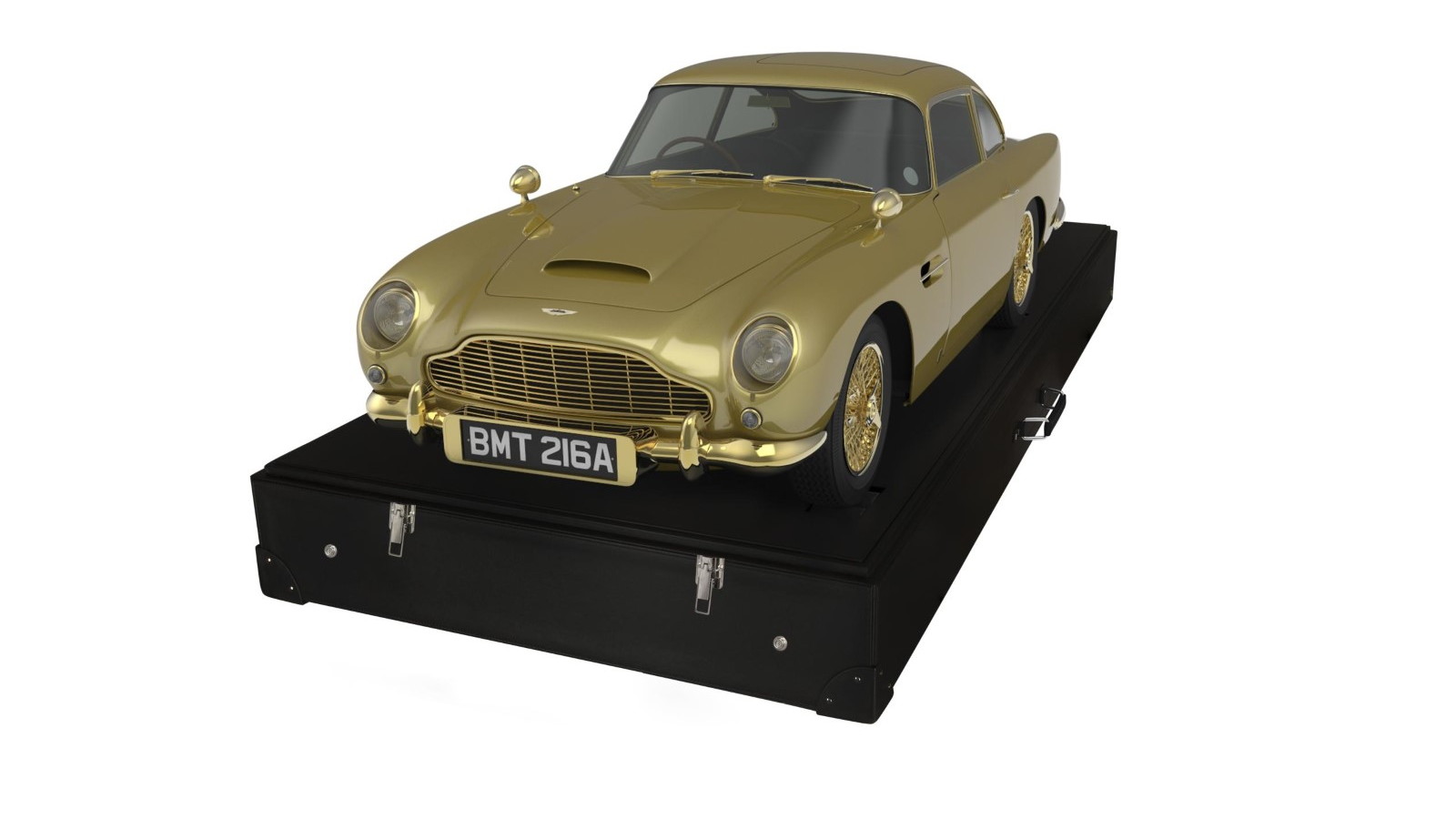 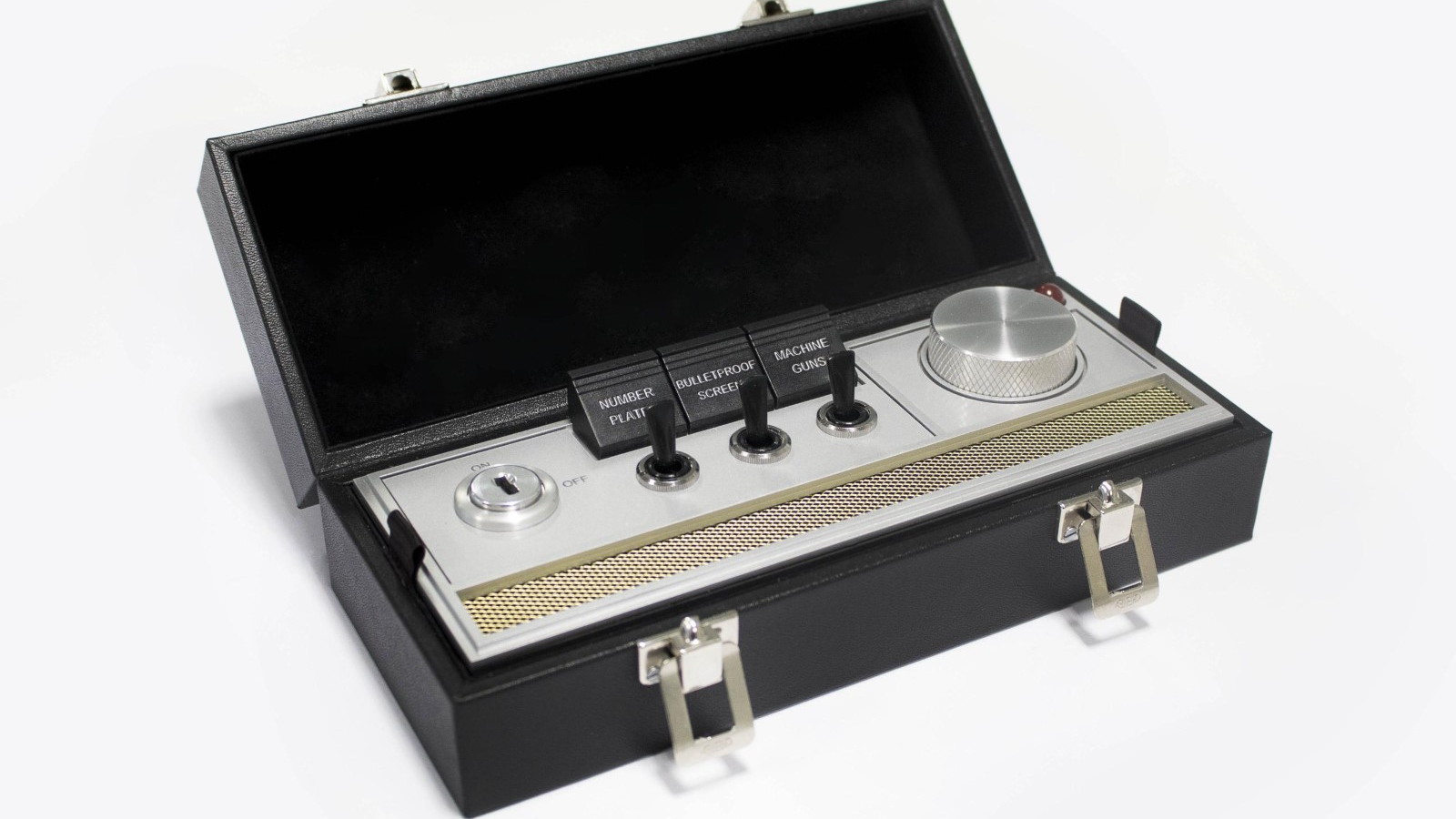 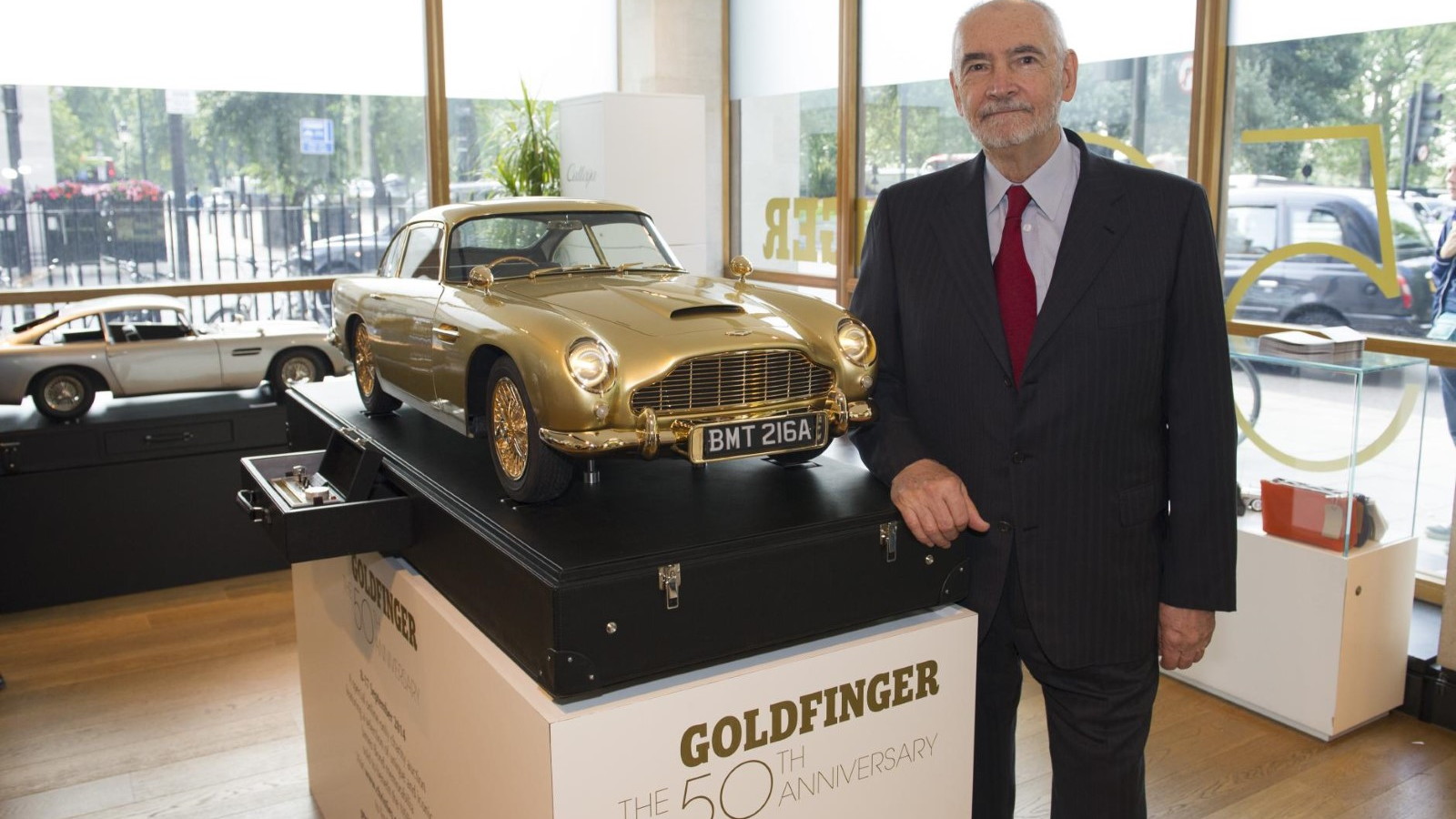 The price of Aston Martin DB5s has long left the reach of mere mortals, but if you don't mind not being able to drive it this DB5 up for auction soon could be a worthy alternative. The third-scale replica of James Bond's iconic DB5 is up for auction with Christie's and as its color suggests, honors the vehicle's appearance in the classic Goldfinger movie.

MUST SEE: First Lamborghini Huracán Crash Results In Nothing But Ashes

Created by prop-makers Propshop, the scale Aston Martin model is plated in 24-carat gold and features radio-controlled machine guns, a bullet-proof shield and revolving license plate—just like the car in the movie. The model has also been signed by Sir Ken Adam—the production designer who originally created the Q brand modifications to the DB5.

While the iconic Aston Martin DB5 appeared in several Bond films (and has since appeared in later movies, including Goldeneye and Skyfall), it's perhaps best remembered from Goldfinger. Driven by Sean Connery's 007, Bond used several high-tech gadgets during its time on-screen—including a navigation system, wheel hub spikes and that bullet-proof shield. Most memorable of all is the car's ejector seat, used to launch one of Goldfinger's henchmen.

WATCH: Vaughn Gittin Jr. Has The Coolest Dog In The World: Video

The model is expected to sell at the Christie's auction for between $66,000-100,000—not cheap, but rather less expensive than full-size gold cars can reach. Joining the DB5 is a unique Omega Goldfinger Seamaster Aqua Terra wristwatch, a first-edition Goldfinger book, an original British cinema poster, and a special golden edition of Taschen’s The James Bond Archives signed by current Bond actor Daniel Craig. Proceeds from the DB5 auction will benefit the U.K.'s National Society for the Prevention of Cruelty to Children (NSPCC). Bidding is already open, and closes on September 17—the 50th anniversary of the world premiere of Goldfinger.