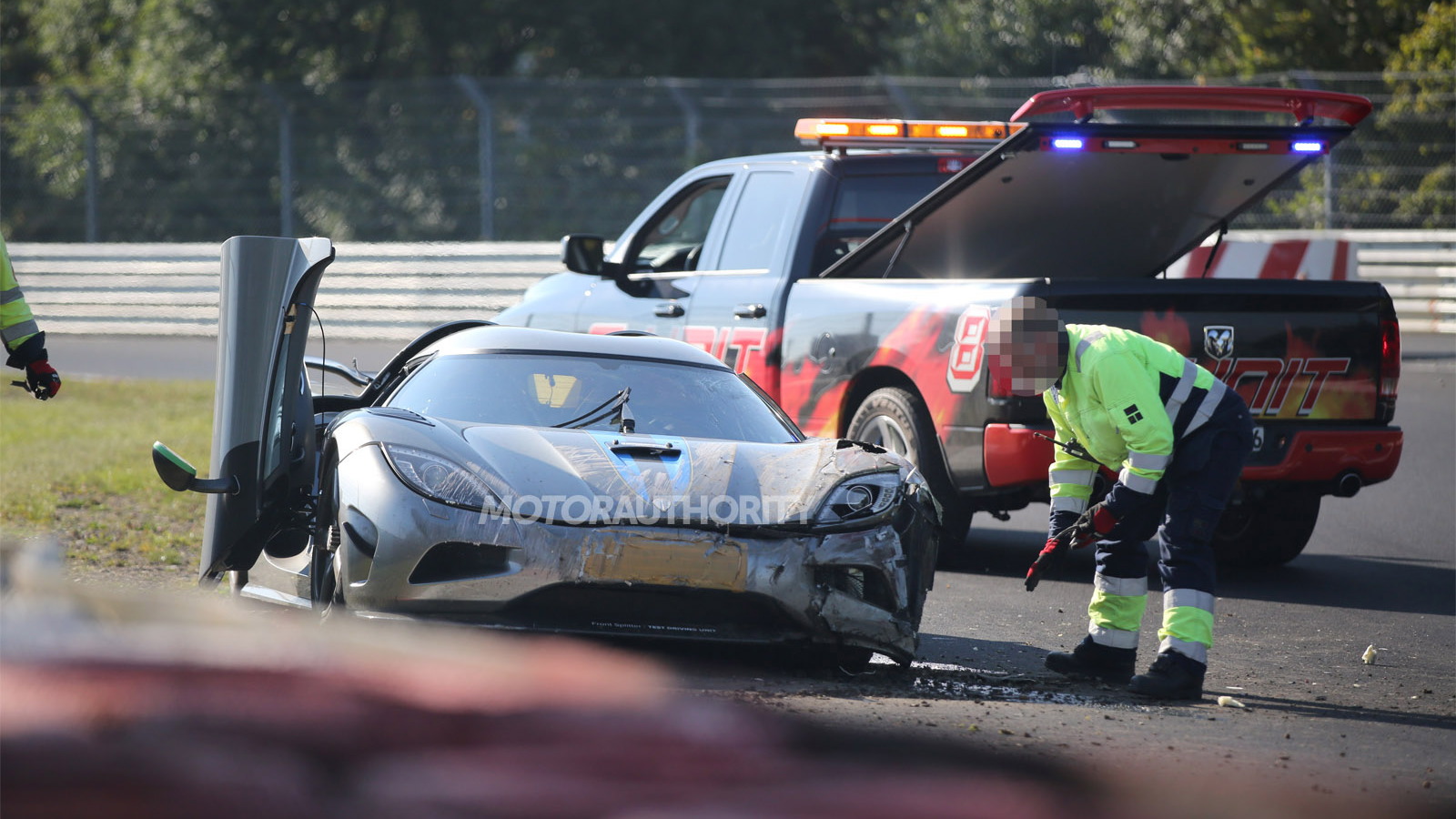 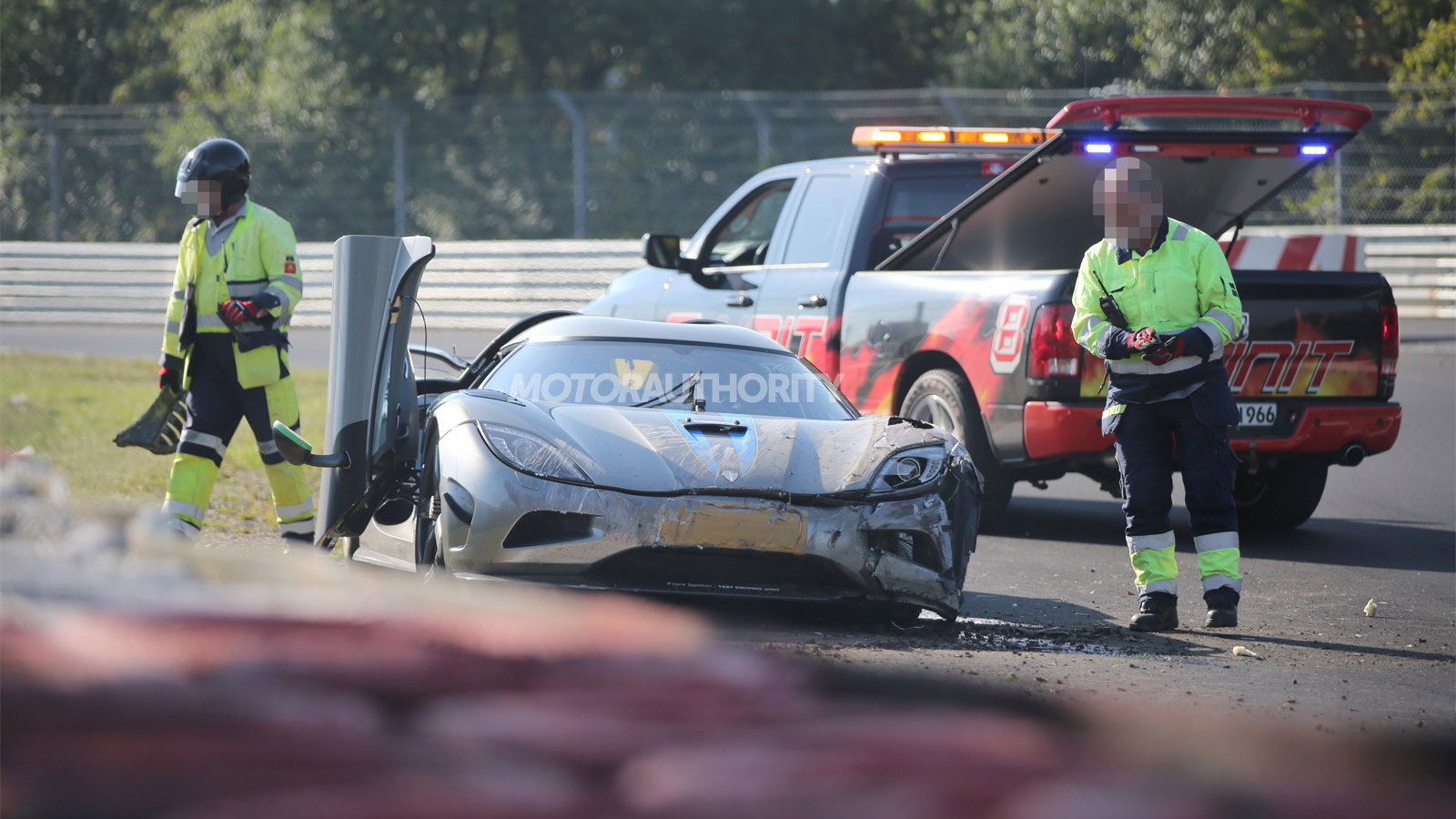 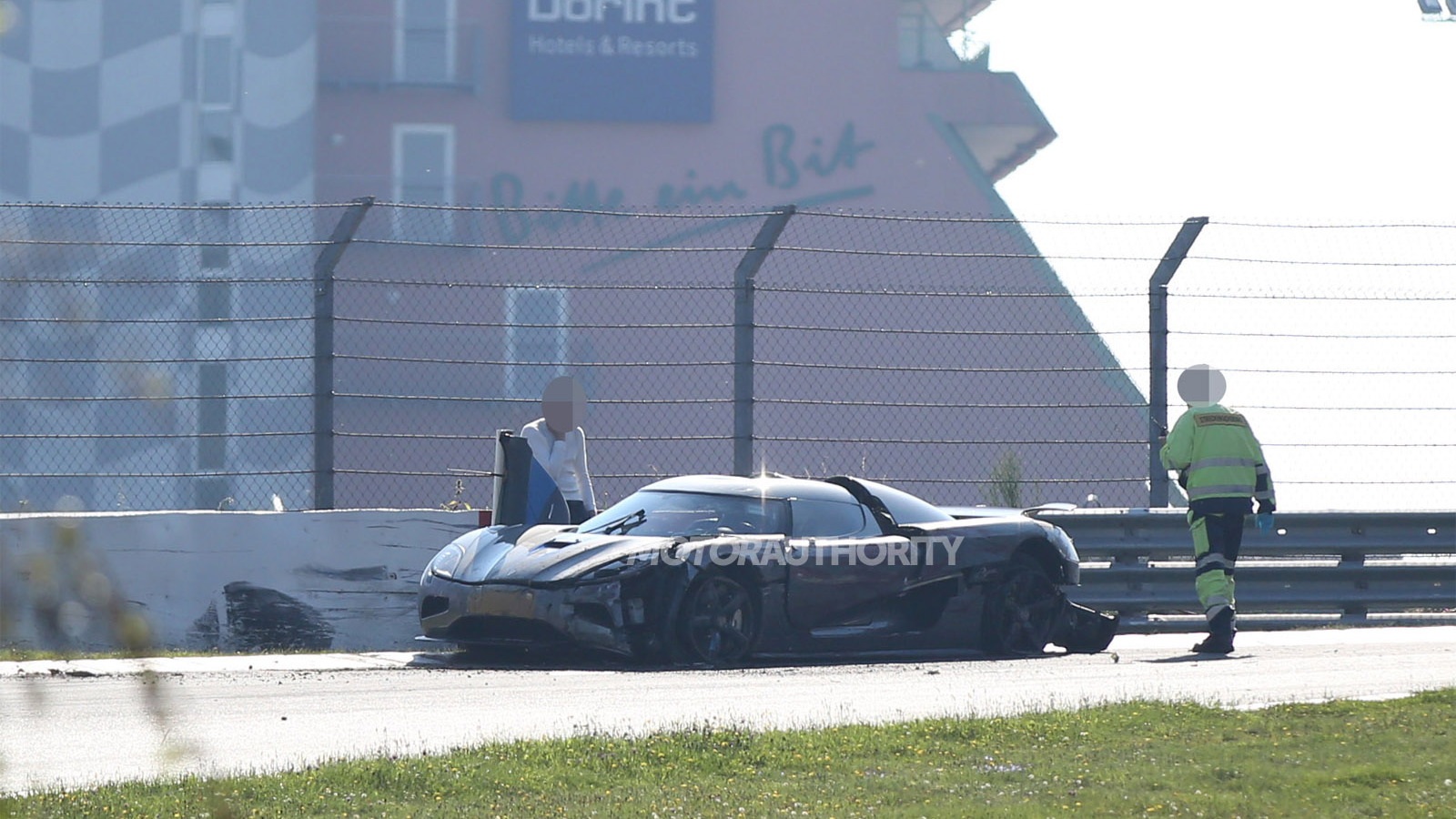 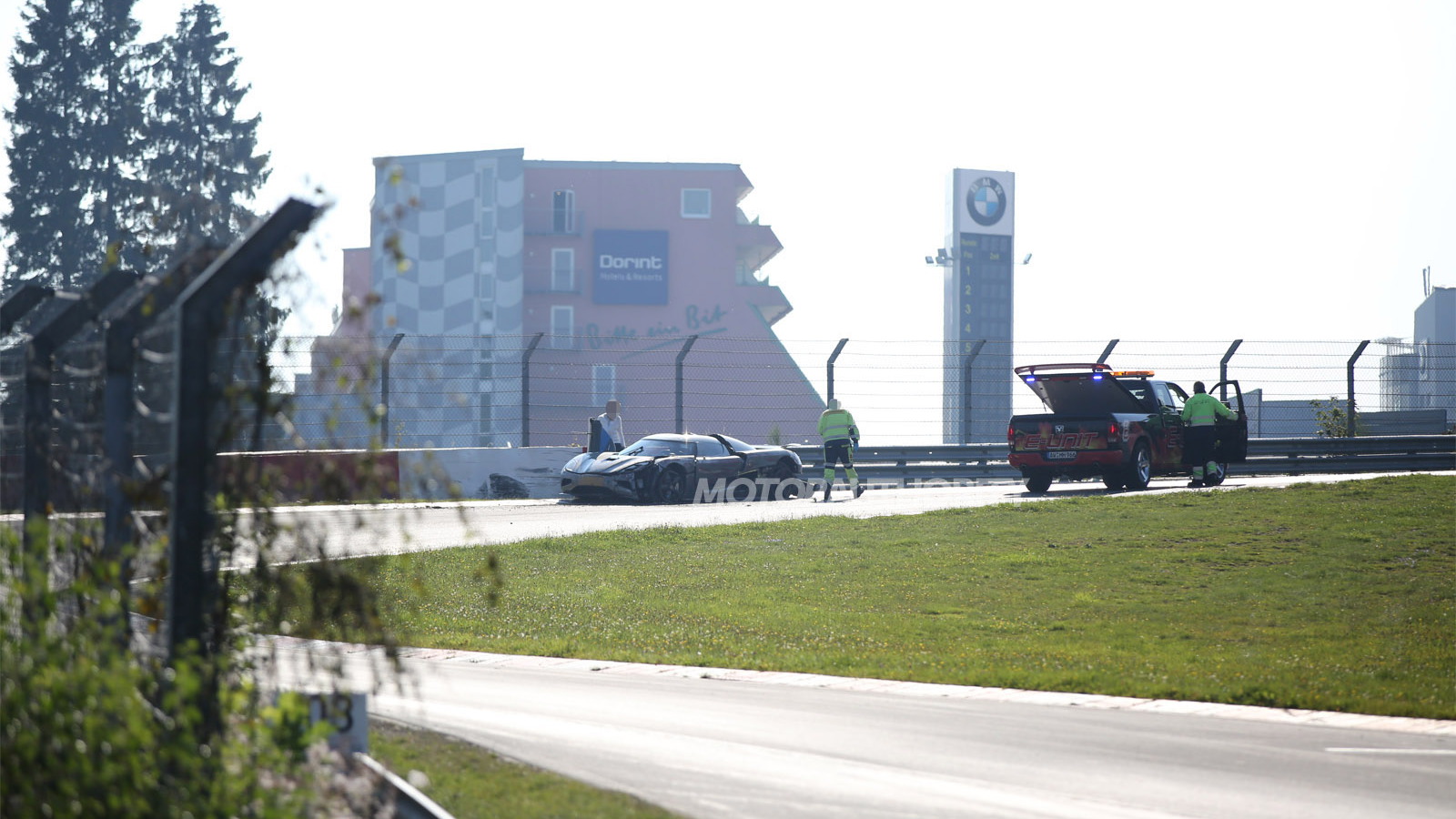 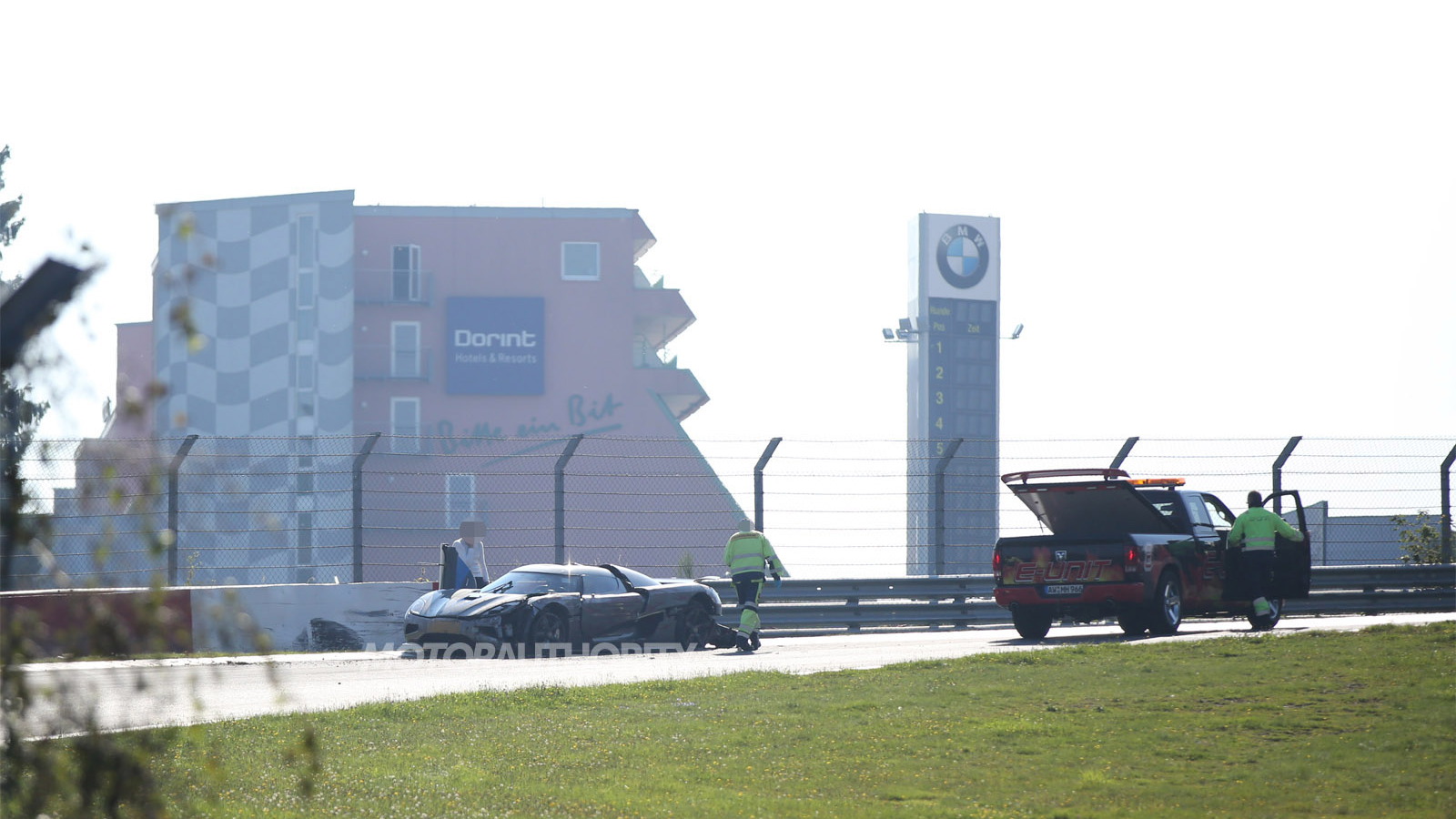 18
photos
Testing at the Nürburgring involves certain risks: the speeds are high, the cars are in development, and the weather is highly variable, even during a single lap. Sometimes those risks are realized, often in dramatic fashion. For the 2016 Koenigsegg Agera R development prototype in these photos, it looks like the risks became reality to an unfortunate degree.

Our report from the spy photographers indicates that the crash took place at the Hohenrain-Schikane just after the Döttinger Höhe and Tiergarten, where the Agera R prototype easily achieves speeds in excess of 186 mph.

Judging by the crash location and damage, the driver appears to have missed the braking point—or the car experienced some failure—resulting in overshooting the chicane, making contact with the barrier with both the front and rear of the car.

In such an extreme accident, the fear of fatalities is always present, but in this case, the driver and passenger were removed from the car and taken by ambulance to the hospital. Their condition is currently unknown, but photographers on the scene report both appeared to be injured.

We’ll keep you updated as information develops, but for now, send your best wishes to the occupants of the crashed car. We at Motor Authority hope their injuries aren’t severe, and that they recover quickly.

As for the prototype they were testing, shots taken prior to its crash show that it looks very much like the current Agera R but with the side mirrors of the more potent One:1.