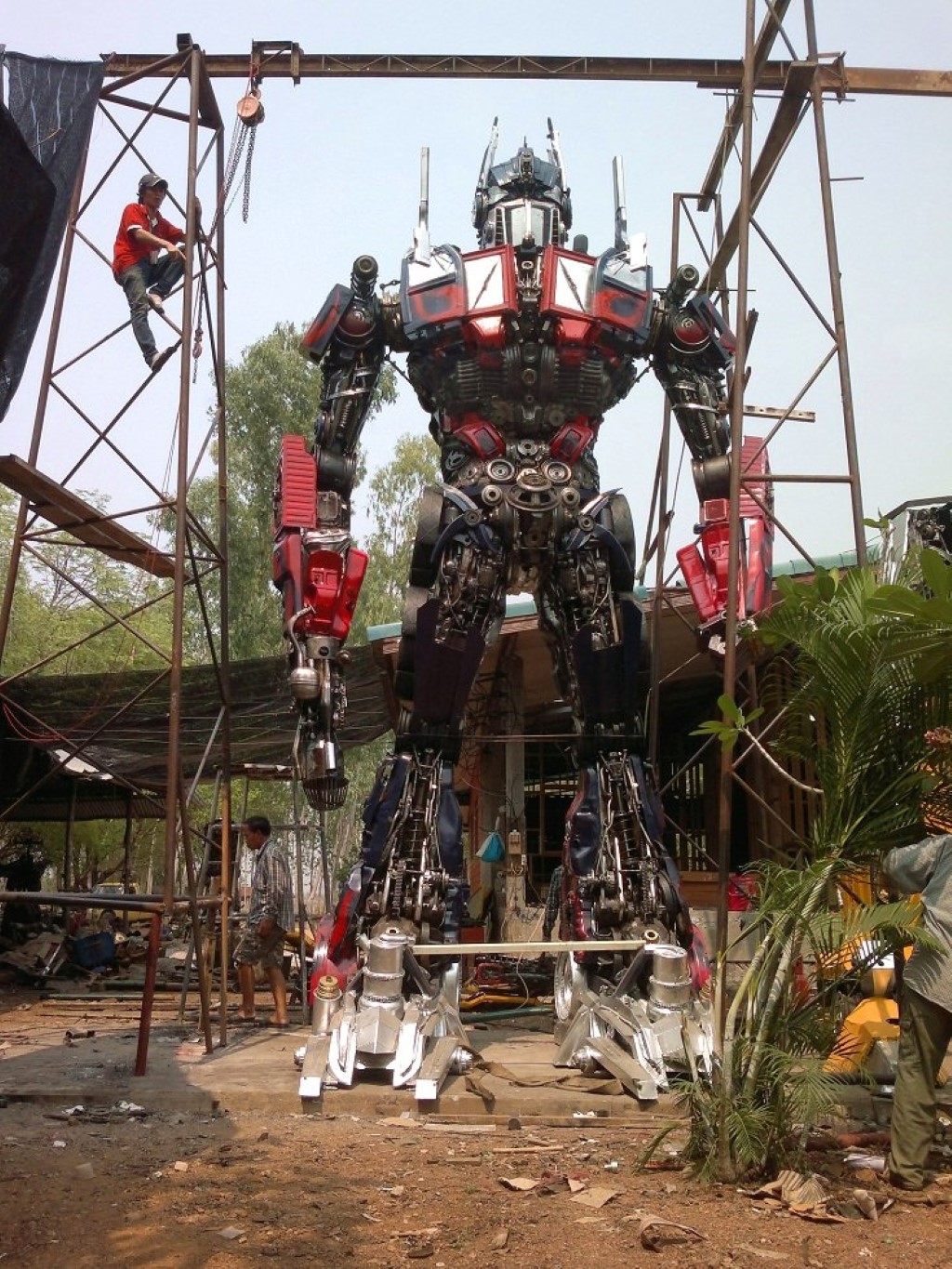 Optimus Prime made from car parts in Thailand

Recycling has a noble if not especially exciting image. You separate your trash into different containers, it gets taken away, and a month down the line the magazine you're reading or bottle you're drinking from is probably made from parts of the magazine or bottle you threw away. A nice thought, and you've done your bit for reducing waste, but it's all fairly intangible.

Constructing a life-size Optimus Prime from old car parts (via Reddit and Just Motoring) is kinda the same thing in spirit, though rather different in execution. Unlike throwing away that used bottle or newspaper and having it reappear anew in the grocery store, it serves no real purpose.

But it's one heck of a lot more tangible than a milk carton that may or may not be made from other milk cartons, and orders of magnitude cooler too. It isn't clear who exactly constructed the beast, though we do know it currently lives in Thailand and is made from a mixture of old car parts and seemingly, purpose-built sections of metal to embellish certain aspects of everyone's favorite Prime. Identifiable car parts include springs, wheels, and what appear to be oil pans forming the Autobot's arms.

The world will not be saved by massive replicas of Autobots, even if they're very much tasked with saving the world in the Transformers movies. But as far as recycling goes, this is probably our favorite example yet...